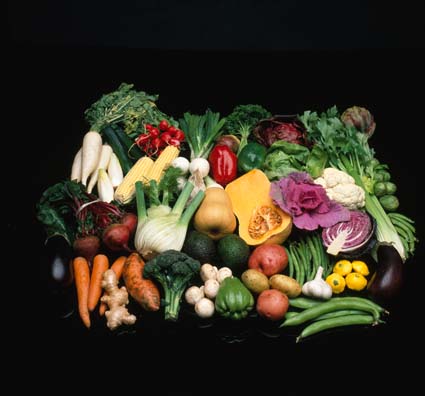 Diet is one of the most modifiable risk factors for chronic disease and therefore should be a key focus of governments’ health policies.  Yet despite the fact that Australia is facing an ‘epidemic’ of chronic disease, we have not had a national nutrition policy since the National Food and Nutrition Policy was developed in 1992.

In 2011 a COAG Report recommended the urgent development of a new national nutrition policy to meet the needs of contemporary Australia and in 2013 a scoping study provided a framework and strategic direction for this policy.  However, three years later the policy has still not been developed and the rates of obesity, type 2 Diabetes and other diet-related health problems continue to rise.

Following his critique of the implementation of the Review Report for the National Aboriginal and Torres Strait Islander Nutrition Strategy and Action Plan 2000-2010, Dr Mark Lock has provided the following analysis of the failure of the Government to progress the proposed national nutrition policy, including an extensive review of the scoping study for the policy, which he obtained under FOI.

After a lengthy freedom of information request (more of that story here), I paid $875 to receive a $203,684 taxpayer funded paper. Officially titled “Scoping study to inform development of the National Nutrition Policy for Australia”

The Scoping paper arrived as a hard copy only, all 748 pages doubled-sided with two pages per side in 8 point font. Not very user-friendly, and certainly not value for money – no binding, no pdf, no cover, and not even a suggested citation! So I’ll convert each chapter to a pdf and upload to dropbox over the coming weeks.

It was in January 2011 when the Legislative and Governance Forum on Food Regulation agreed to develop a comprehensive national nutrition policy, as stated on the Australian Government Department of Health’s website (page last updated 2013). The Scoping study was a part of the plan and was tendered for in February 2013 (AusTender):

This is in the context of a key quote from the Scoping study where (p.7-8):

The evidence identified in this scoping study confirms that a new comprehensive nutrition policy is required urgently in Australia to address the high and increasing rates of diet‐related disease and risk factors, including overweight and obesity, and to promote the health and wellbeing of the population, particularly vulnerable groups.

Recently, Professor Stephen Simpson’s op-ed in the Sydney Morning Herald asked “Diet is the single most important factor in the chronic disease epidemic facing Aboriginal communities. So where’s the policy?” A few days later, Amanda Lee and Nicole Turner posted an article in The Conversation “we can close the Indigenous nutrition gap – here’s how”. However, Australian Government health ministers have remained absolutely silent, providing no transparency and accountability for this massive governance failure (related post here).

And the governance failure is but part of the stalled development of Australia’s national nutrition policy, highlighting a lack of leadership (post here). As a result, Australian’s continue to bear the burden of diet and nutrition issues (from the Scoping study executive summary, link here):

Are these facts and figures enough to get Australian Governments to work together for the improved nutritional health and wellbeing of Australian citizens?

The FOI required to obtain the “Scoping study to inform development of the National Nutrition Policy for Australia” raises not only the seriousness of nutrition and diet related issues for our health and wellbeing, but beggars disbelief in the poor governance and stewardship of national nutrition policy (related post here). Therefore, further to the recommendations of the Scoping study should be one about governance highlighting the need for the development of a nutrition governance policy and strategy. In the coming weeks we shall see how Australia’s governments respond.

Dr Mark J Lock is an ARC Discovery Indigenous Research Fellow at the School of Medicine and Public Health, University of Newcastle.

PrevPreviousThe Health Wrap: Deal or no deal on health dollars, Indigenous suicide crisis, Zika and other infectious news, hot topics and more.
NextCommInsure scandal reminds us commercial forces are at play in medicineNext