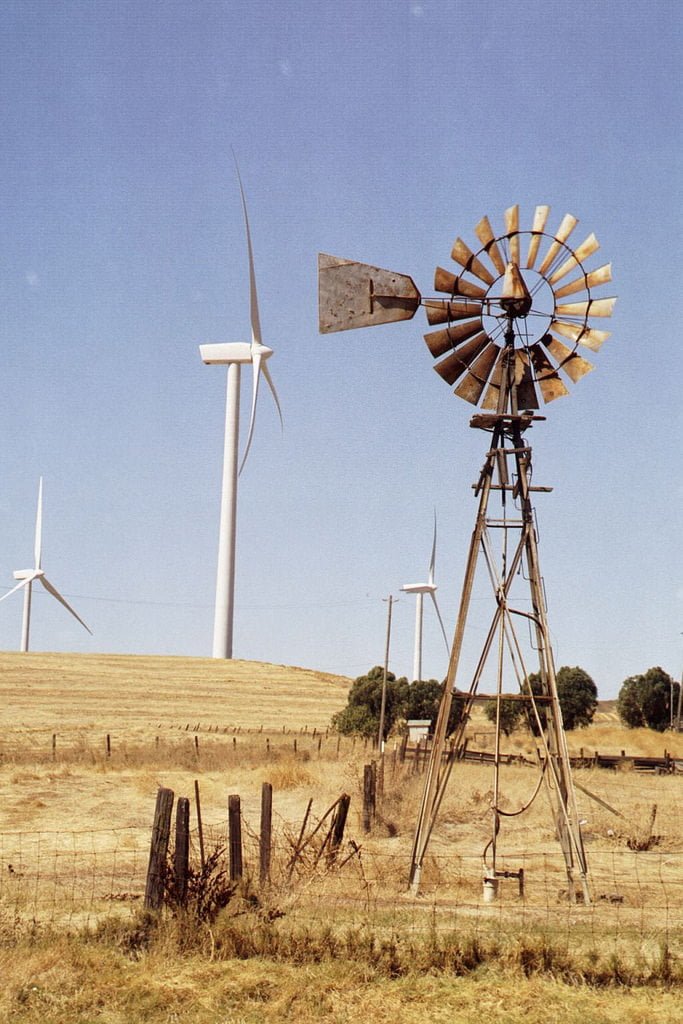 Renewables revolution and the quest for best in health

There is no question that transitioning away from fossil fuels is a must for public health, but which renewables option is best and how do we ensure its rollout maximises health benefits and minimises harms?

These questions will be the focus of a forum to be held in Melbourne next week to launch the Centre for Air Pollution, Energy and Health Research (CAR), an NHMRC Centre of Excellence bringing together 30 researchers from eight of Australia’s leading universities. 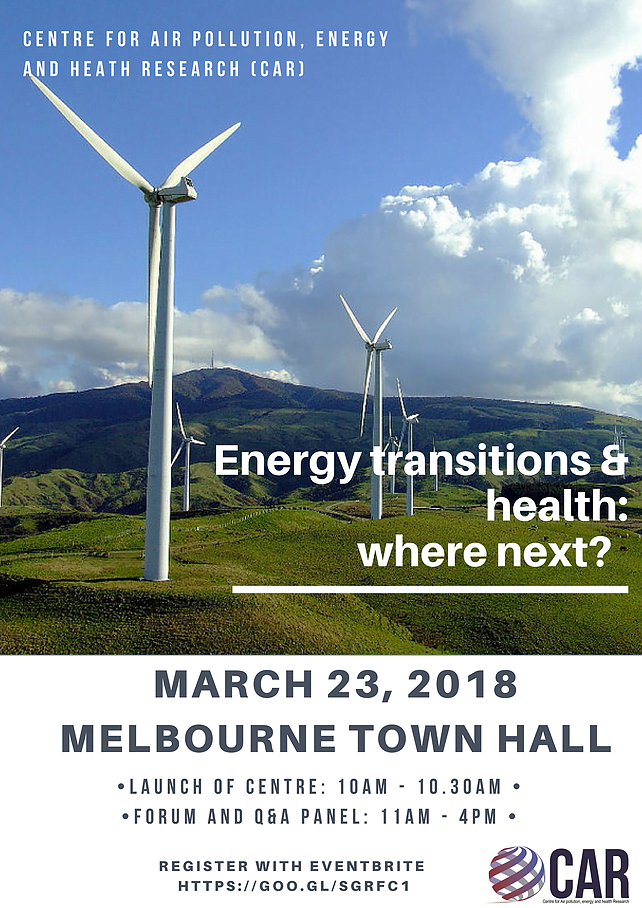 In this piece for Croakey, CAR’s Ana Porta Cubas and Professor Guy Marks outline how and why examining the ‘lifecycle’ of a transition to new energy sources is so critical for health.

Most people firmly agree that to tackle climate change we need to move away from traditional fossil fuels and towards renewable forms of energy. This is referred to in academic and policy circles as ‘energy transitions’ and has been identified as an important challenge for societies. This is especially the case for Australia which, just as other developed nations, has some of the highest per capita energy consumption in the world.

But a key question remains: what is the best way to achieve this transition? That is, how can we transition to renewables in the cheapest, most efficient way, and with the least economic, social and health impacts?

At first glance this last point seems straightforward — moving towards renewables can only have positive health benefits. The logic goes like this:

A: Burning of fossil fuels for energy contributes significantly to air pollution and greenhouse gas emissions.

B: There is strong evidence (including from our own Centre) that air pollution is associated with respiratory diseases, cancer, preterm births and cardiovascular disease, while heatwaves increase hospitalisations and deaths in susceptible populations.

A+B=C: Switching to non-fossil fuel renewables like solar and wind energy will decrease air pollution and greenhouse gas emissions, thus leading to less morbidity and mortality. And, of course, a healthier population.

Indeed, much of the scientific literature follows this logic. Studies typically model decreases in fossil fuel combustion or greenhouse gases and then show corresponding improvements in health. For example, a 2001 paper focusing on air pollutants in Mexico City, Sao Paulo, Santiago and New York estimated that “Improved technologies to reduce fossil fuel combustion could reduce these copollutants by about 10%, and thereby avoid some 64,000 premature deaths (including infant deaths), 65,000 chronic bronchitis cases, and 37 million person-days of restricted activity or work loss in these four cities alone through 2020.”

More recently, a 2013 study from the U.S modelled greenhouse gas reduction and associated air pollution decreases compared to a reference scenario (i.e. business as usual). They estimated that globally reductions in greenhouse gases could avoid 500,000 premature deaths in 2030, 1.3 million in 2050 and 2.2 million deaths in 2100.

However, the reality may be more complicated because this type of analysis focuses only on the benefits of renewables and assumes there are no adverse health consequences arising from their use. This may not be a valid assumption, particularly when one considers the manufacture, transport and disposal of a renewable technology, all of which may generate environmental impacts with adverse health consequences. These are the health impacts of a technology’s “lifecycle”.

Lifecycle assessment (LCA) is not a new concept. It has been used extensively in the renewable energy sector to decide whether a technology is indeed zero emission or environmentally neutral. By looking at the environmental impact at each stage of a technology or project’s lifecycle, analysts can determine whether the technology is worth pursuing or investing in. The Australian Renewable Energy Agency (ARENA) for example has integrated an LCA in every application submitted in the bioenergy space.

What is new, however, is the idea of undertaking an LCA through a health lens, seeking to understand the likely health impacts – both positive and negative – at each stage of a renewable technology or project’s life. Such an assessment would examine the unintended health consequences of a technology, allowing policymakers to implement measures to mitigate any health risks.

After all, as Australians have learned at great cost through our cane toad experience, what initially looks like a solution to a problem may not be as rosy as first thought.

An example of what a health lifecycle analysis could look like for solar energy is illustrated below. 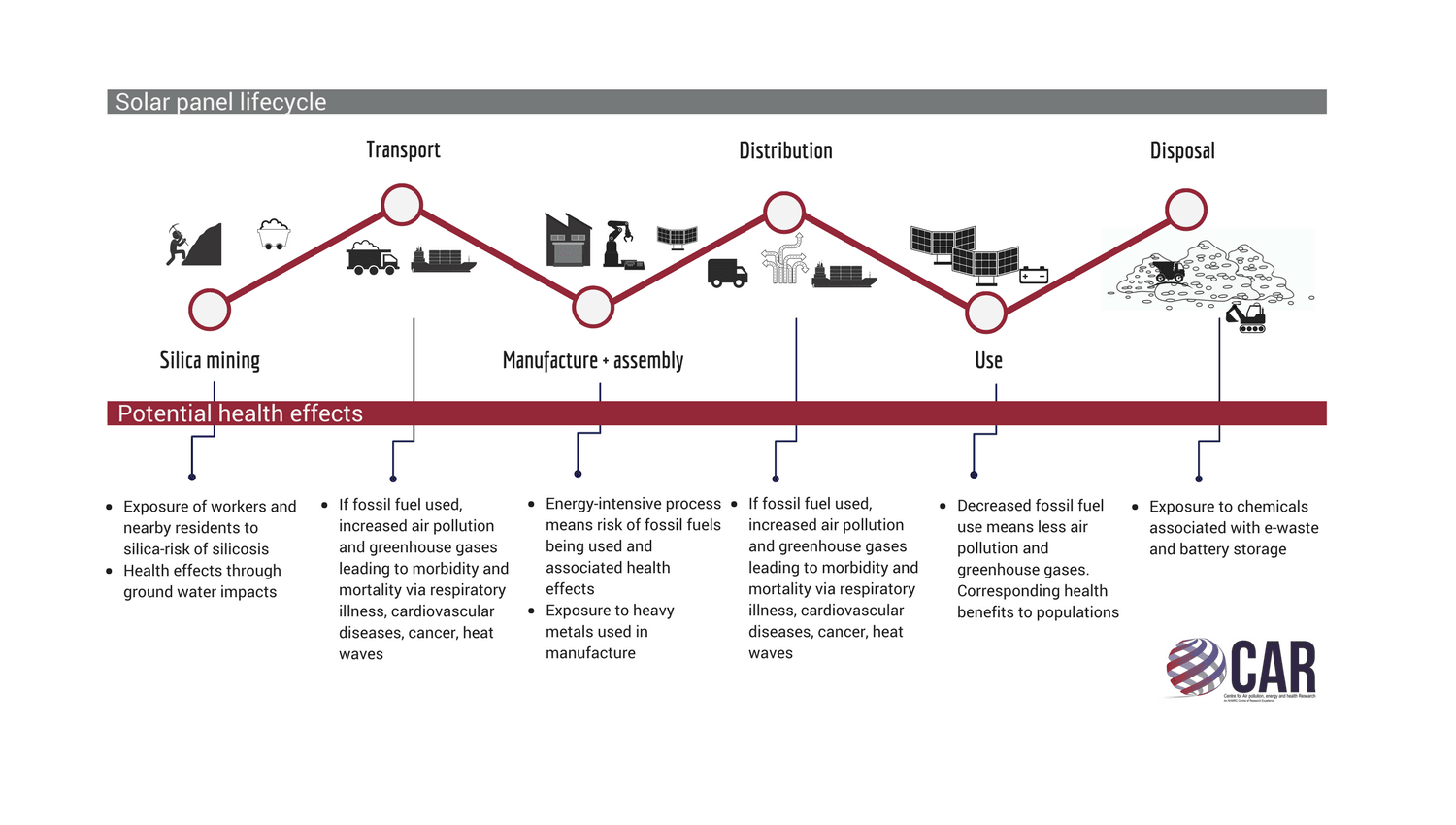 While there are clearly health benefits to be gained by replacing fossil fuel combustion with alternative energy sources, we aim to ensure that the solutions are selected to optimise, among other things, the health benefits for society.

This is why the Centre of Air Pollution, Energy and Health Research’s (CAR) latest research theme – energy transitions and health –­­ will examine the health impacts of renewable energies. To our knowledge, we are the first to do this in Australia.

As with most projects, our first step will be to explore existing knowledge gaps. To this end, we will be running a discussion forum (Energy transitions + health: where next?) next Friday, March 23, to hear from eminent leaders in this area.

We welcome all interested parties to attend what promises to be an illuminating and engaging event.

Ana Porta Cubas is a knowledge and translation broker at the Centre for Air Pollution, Energy and Health Research (CAR), with a background in biomedical research.

Professor Guy Marks is a respiratory physician, epidemiologist and public health physician. Guy was a visiting academic at the World Health Organisation in Geneva in 2016, and is a chief investigator at CAR