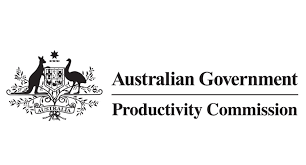 Yesterday the health section of the Report on Government Services 2019 (‘the Report’) was released by the Productivity Commission. The Report is an annual document which ambitiously seeks to summarise and assess the performance of government services in Australia on equity, effectiveness and efficiency grounds. The health section covers general practice, pharmaceutical services, dentistry, allied health, maternal and child health and drug and alcohol services.

The main health stories from the Report in the mainstream media have been the waiting times for public hospital services and cost barriers to accessing GPs.  Clearly, these are important issues; however, there are other points raised by the Report that also deserve some scrutiny.

Below, Jennifer Doggett identifies a number of other questions arising out of the Report, notes some gaps in its scope and suggests the lessons in the Report for future health policy development and program planning.

In many areas the Report highlights the problems already well-documented with our current health system: the gap in access to health services between Indigenous and non-Indigenous Australians; ongoing cost barriers to accessing basic health services; a woeful public dental system; high rates of preventable hospital admissions; and lower levels of access to care for people in rural and remote communities.

These are serious, systemic problems which continue to undermine the universality of our health system and the well-being and productivity of our community.

Other issues covered in the Report that may also warrant some scrutiny include screening services, medical specialist services and mental health care.

One issue that stands out when reviewing the indicators is the difficulty involved in assessing the performance of Australia’s national cancer screening programs. Participation rates for these programs are reported as being around 54 percent (breast cancer), 41 percent (bowel cancer) and 56 percent (cervical cancer).

The report indicates whether the percentage of the population undergoing screening has changed compared to the previous year and this can be compared with previous reports to see a trend over time (breast cancer screening rates have not changed since 2012).

The problem with this approach is that while it might reveal some change in performance from year to year, it does not indicate how the program is performing relative to its goals, such as the proportion of eligible people who participate in each program.

The 2019 Report does not state participation targets for the screening programs and they are not easy to find elsewhere. The only target readily available is the one set by BreastScreen Australia’s National Accreditation Standards of a participation rate in breast screening of 70 percent or more of women in the target age range (which indicates that the program is currently significantly under-performing).

International comparisons may be helpful in assessing Australia’s performance in this area.  Figures from the World Health Organization show that despite having national screening programs, Australia has one of the lowest cancer screening rates in the OECD. For example, comparable countries such as the UK, New Zealand and the United States all have participation rates in their breast screening programs of over 70 percent.

Of course in Australia it is important to take into account that people can also opt for screening services within the private sector and that these figures are not included in the participation data reported by the Productivity Commission (private screening is also possible in the UK, Canada and NZ, but probably less common than in Australia). Statistics are not available on the proportion of target populations in Australia accessing screening services privately, although it would have to be fairly high to raise Australia’s screening levels to that of the OECD average.

Given the ongoing problems with the Department of Health’s management of the contract to develop a national cancer screening register by Telstra Health, this situation does not appear likely to improve in the future.

Further areas for investigation by the Productivity Commission could include the reasons why Australia has such a persistently low participation rate in its cancer screening programs and how to ensure that the problems affecting the roll-out of the national register and new cervical screening programs can be resolved to minimise the impact on consumers.

Clearly a report as broad in scope as this one cannot cover every aspect of government service provision – a short list of indicators needs to be selected from the many that potentially could be used. While this is understandable and necessary, it does mean that those indicators chosen can be seen as the only measure of performance and those not chosen can receive less attention, regardless of their importance to consumers.

One clear gap in the Report is medical specialist services provided out of hospitals (‘in rooms’).  While the report covers a broad range of indicators for general practice (distribution, cost barriers to access, gender balance etc), it does not include any indicators of medical specialist care.

This is a major gap, given the importance of these services within the health system and also the evidence of significant cost and geographical barriers to accessing specialist care for many Australians.

Variation in the cost of specialist services is further evidence of the lack of efficiency of our current system (clearly if there is a range of prices for services of similar quality, they cannot all be equally efficient) and therefore should be within the scope of the Productivity Commission’s report.

The segmentation of the report into different areas of health care (GP/allied health/dental/specialist services) also masks the cumulative impact of out-of-pocket costs for consumers.

The failure of governments to take a comprehensive approach to this issue, including in their approach to data collection and policy making, is one reason why this problem has remained invisible to policy makers (although not to consumers) for so long.

The Productivity Commission would be well-placed to undertake the comprehensive research required to develop a robust and consumer-centred approach to out-of-pocket costs which includes medical specialist services, along with all other areas of health care.

On the three indicators where there is sufficient data, it appears that Australia is falling behind on two of them. Prevalence of mental illness appears to be increasing and physical health outcomes for people with mental illnesses are significantly poorer than those for the general community. Suicide rates have also increased over the past decade although the social and economic inclusion of people with mental illness appears to have increased, as have the outcomes of specialised public mental health services.

Of course it is extremely difficult to measure performance in an area as complex as mental health. For example, prevalence data can reflect both the actual occurrence of mental illness as well as changes in the awareness of the community of mental health disorders and their willingness to seek help for these conditions.

However, given the high burden of disease caused by mental illness and the seeming lack of progress on many indicators, – despite significant increases in expenditure and service use – improving the accuracy of performance measures should be a high priority for government.

With other processes ongoing in this area, such as the Victorian Government’s Royal Commission into Mental Health, it is important that the Productivity Commission and other organisations with an interest in mental health collaborate to avoid duplication of effort and work together to address Australia’s apparent lack of progress in addressing the challenges of mental illness.

PrevPreviousClimate change is the “new tobacco”: what health professionals can do to play their part
NextWaminda position statement – forced adoptionsNext