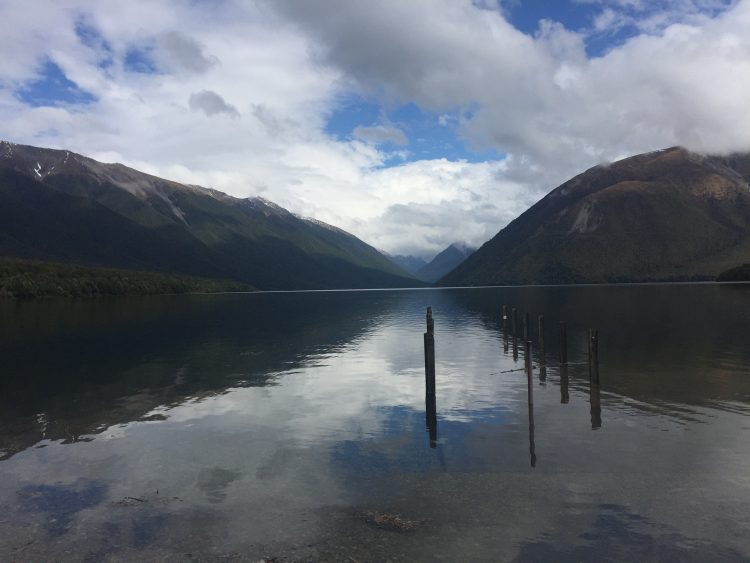 Restoration: an ethic to guide health reform in Aotearoa New Zealand and Australia

They have been welcomed by the Royal Australasian College of Physicians (RACP) “as a health system structure seeking to live its commitments” to the Treaty of Waitangi and refusing any longer to “tolerate the health inequities experienced by our Māori and Pasifika whanau”.

Restoration (like colonisation) is also a process not an event, and it will require a change of mind and heart as much a change of structure. There will of course be difficulties: such transformations must confront the implacability of a power unjustly taken. Moana Jackson (Ngāti Kahungungu, Rongomaiwahine, Ngāti Porou)

On 21 April 2021, the Hon Andrew Little, Minister of Health for Aotearoa NZ announced reforms to inaugurate foundational change in the structure of our health system, and how services will be accessed by all New Zealanders.

Reforms can’t be transformative without commitment to doing things differently.

This commitment will be realised through establishment of a Māori Health Authority (MHA), an entity with the remit to commission and fund kaupapa Māori (Māori-designed) health services, provide strategic and policy advice on hauora Māori (Māori health) and work in partnership with Health NZ – the latter an agency replacing our current structure of 20 District Health Boards (DHBs).

We hope the new system will bring not simply reformation, but restoration, because at a fundamental level, the health reforms propose to reorganise power.

At the heart of the plan for sharing of power is a commitment to living Te Tiriti o Waitangi (The Treaty of Waitangi) and its principles: Tino Rangatiratanga (self-determination); Options, Active Protection, Equity and Partnership.

The rationale for an independent Māori Health Authority has been clear since Te Tiriti was signed in 1840: our health system continues to cause and tolerate inequity for Māori, because it was never designed to enable the wellbeing of Māori in the first place.

It was an English physician, Dr Isaac Featherston who said in 1856 that the role of European settlement of Aotearoa was to “smooth down …. [the] dying pillow of the Māori race”. That sinister and indifferent paternalism echoes in the institutional racism found by subsequent Inquiries, Commissions, Government Panels, and their reports.

The Waitangi Tribunal points to “inaction in the face of need” as a definition of institutional racism. It is a thread woven into the fabric of the health system, drawing out nearly two centuries of Treaty breaches and the ramifications of colonisation.

The impact of this inaction is visible in the 80 percent of health outcomes attributed to the “causes of the causes”, the social determinants of health. Braided through substandard housing, lower incomes, contact with justice and social welfare systems are the land confiscation, forced separation and attempted eradication of Te Ao Māori (the Māori world) that characterised government policy of the 19th and early 20th centuries.

The current New Zealand health system is premised on the superiority of Western medicine, and despite many re-structures, new entities and technologies, its central tenets and power structures remain unchanged.

Its systems and processes privilege individualism, meritocracy and do not place people and whānau (extended family network) at the centre of healthcare delivery models, in unfamiliar contexts and require the navigation of complex bureaucracies.

Our new health system could be the polar opposite of what is described above. Or it could retain elements. The point is it can be both.

That there be options is a principle of Te Tiriti o Waitangi. When whānau have a choice, they can make an informed decision in partnership with a health practitioner. From the system architecture to the clinical encounter, power is relational, and it is shared.

Change will hinge on the ways Western medicine can be strengthened by Mātauranga Māori (Māori knowledge and world views) and how patients must be considered in relation to their whānau. It will include how healthcare is accessed closer to home and how quality care can be delivered consistently at a national level.

Perhaps it could be replaced with the ethic of restoration. The use of this term would seek to replace colonisation not merely by deconstructing or culturally sensitising the attitudes and power structures it has established, but by restoring a kawa that allows for balanced relationships based on the need for iwi and hapū independence upon which any meaningful interdependence must rest.

The brief for this article was for a piece about “the reforms and what Australia could learn”. Yet both Aotearoa New Zealand and Australia must look to and learn from what Jackson calls “the stories in the land”.

Settler cultures suffer from cultural cringe. They are always looking offshore and ‘somewhere else’ for learning. That is because it is too shameful for them to look on their own doorstep and consider the immense wisdom pre-existing in these lands.

Together with an ethic of restoration, Australia and Aotearoa New Zealand must look to a practice of partnership informed by the stories and experiences of our First Nations.

Partnership must be tangible. It must be expressly lived as a solution space lead by Indigenous voices, rather than a problem space, as our colleague Associate Professor  Luke Burchill has articulated.

Partnership is informing the refresh of Closing the Gap 2019-2029, as described in the partnership agreement between the Community Controlled Peak Organisations and the National Federation Reform Council.

As Alex Brown and Eddie Mulholland wrote on Croakey in 2020, the agreement for power-sharing represents a “critical moment for genuine engagement between Australian governments and Aboriginal Community Controlled Health Organisations (ACCHOs)”.

The vision of the ACCHOs – “Aboriginal and Torres Strait Islander people enjoy quality of life through whole-of-community self-determination and individual spiritual, cultural, physical, social and emotional well-being” resonates with the intent of the Māori Health Authority.

This is because the rationale for each is so closely aligned: racism in healthcare as well as the need for culturally safe services to address health inequity.

Resources to support the Māori Health Authority were announced on 20 May 2021 as part of the Budget: an initial $98 million for its establishment; and critically, $127 million to start commissioning programmes to support illness prevention and equitable outcomes for Māori.

More resources (money, time, and people) are needed to implement and ensure the success of Aotearoa’s health system.

It must be guided by Indigenous ways of being, doing and knowing, and an ethic of restoration. Power-sharing is the first point of agreement; equitable resource-sharing is the second. These are lessons for both Aotearoa NZ and Australia.

Dr Sandra Hotu (Ngāti Maniapoto, Ngāti Ruanui) is a respiratory physician in Tāmaki Makaurau | Auckland, Aotearoa New Zealand. She is Chair of the Māori Health Committee of the Royal Australasian College of Physicians.