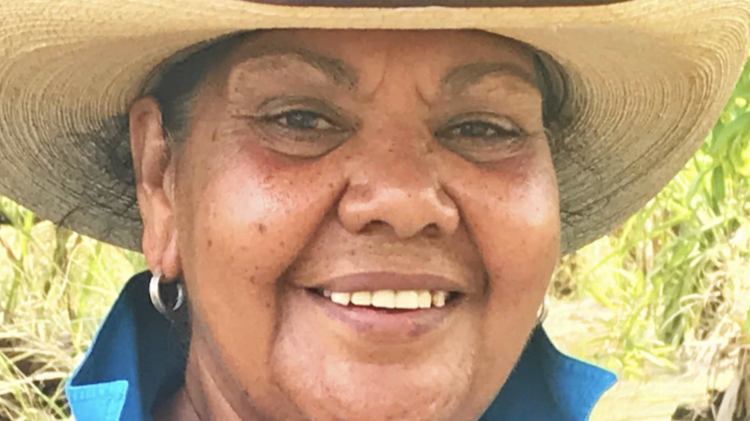 Return to country endangered by failure to invest

Introduction by Croakey: Heal Country is the theme for NAIDOC Week 2021, which runs from 4-11 July, calling for greater protections for Aboriginal and Torres Strait Islander lands,  waters, sacred sites and cultural heritage from exploitation, desecration, and destruction.

In the article below, Aboriginal and Torres Strait Islander Social Justice Commissioner June Oscar discusses how important homelands are to many Aboriginal and Torres Strait Islander people during COVID-19, but how the pandemic has once again highlighted chronic underinvestment by governments in remote housing, roads, sewerage, education, health and more.

That underinvestment, as well as explicit threats by governments to critical infrastructure in remote communities, was infamously reflected in the description by former Prime Minister Tony Abbott of homeland communities as “lifestyle choices“.

Covid-19 has triggered the most significant return to country by First Nations people since the homeland movement commenced in the 1960s. Thousands, like myself, returned to remote communities out of necessity. Facing the unknown, our family leaders who could made the courageous decision to gather loved ones and travel out to country, with minimal resources.

Importantly, Australian governments enacted emergency responses to help get us back – recognising, finally, that our communities and homelands are places of refuge. Nourished by the land – the ancestral stories of ecological interconnectivity, bush medicines and seasonal foods – we had control and security. Many of us continued to work remotely, while starting to see the enriching possibilities of engaging in culture and growing these economies.

Monday marked the start of NAIDOC Week – the theme this year is Heal Country. There is huge depth to the significance of our relationship with country, for our peoples living everywhere across the urban and remote. Words can barely capture this reunion of human and non-human, other than “the country is healing and so are we”.

Being back on country, and government recognising the importance of this, I felt some of the spirit of 1967, when the homelands movement grew in strength as the commonwealth embraced Indigenous self-determination and turned its back on an ugly history of state control and the dispossession of our peoples. Establishing remote communities was some form of redress.

Then, as today, it was a place where we had control, free of Western intervention, to determine our own lives, maintain our knowledge to care for the land, and develop our own institutions and economies.

And that’s what we did. Communities such as Yirrkala, Kalkarindji and Daguragu, Papunya and Noonkanbah – to name just a handful – have become centres of political movements, ingenuity and creativity. Our communities have produced scientists, environmentalists, Olympic athletes, globally renowned artists, politicians and Social Justice Commissioners.

With these successes, you would think structures would be in place to guarantee the viability of our homeland communities. But for decades governments have chronically underinvested in remote housing, roads, sewerage, education, health and much more.

At the beginning of the pandemic, in the rush to get our peoples home, already dangerously overcrowded communities struggled to accommodate the influx. Tents sprang up. Our peoples returning to community were largely experiencing homelessness and poverty – their lives on the margins a direct result of the fact there has never been enough housing, not in cities, towns, communities or anywhere.

The reason we continue to live in vulnerable and unacceptable conditions is because there is no national plan to enable our people to live on or easily access our lands. In 2014, with Commonwealth funding cuts, the West Australian government announced it would close more than half the remote communities in the state. The state government said it couldn’t shoulder the costs and has maintained this position.

This is not unique to WA. In 2018 the Commonwealth’s remote housing agreement with the states came to an end, with only an exit payment, and nothing else arranged for WA, South Australia and Queensland.

It shows the disregard of governments at all levels to invest effectively in the places where we live.

The real cost of the Commonwealth walking away from these agreements, and all governments failing to respond to our needs, is entrenched human suffering, abuse and a deep scarring of this land. Enough is enough. The urgency of these issues demands immediate action by the commonwealth in partnership with all Australian governments and most importantly with First Nations peoples.

In this, NAIDOC Week, it is time we all demand action. We need a national response to supporting housing and communities wherever our peoples live, with an explicit intent to sustain the viability of our homeland communities on our journey to heal country. National frameworks, like Closing the Gap and the Australian Human Rights Commission’s Wiyi Yani U Thangani report show us how to take immediate action.

If this doesn’t happen, closure of communities will be inevitable and our homelands, emptied of people, will be left to ruin. This would be an indictment on Australia. First Nations’ occupation of country is not a lifestyle choice, it matters to the future health of this land and the health of this nation.

This article was originally published in The Australian and is republished here with permission.

PrevPreviousWhere the light enters: Reflections on the fight against COVID-19 in war-torn Yemen
NextClimate and health news: the latest round-upNext