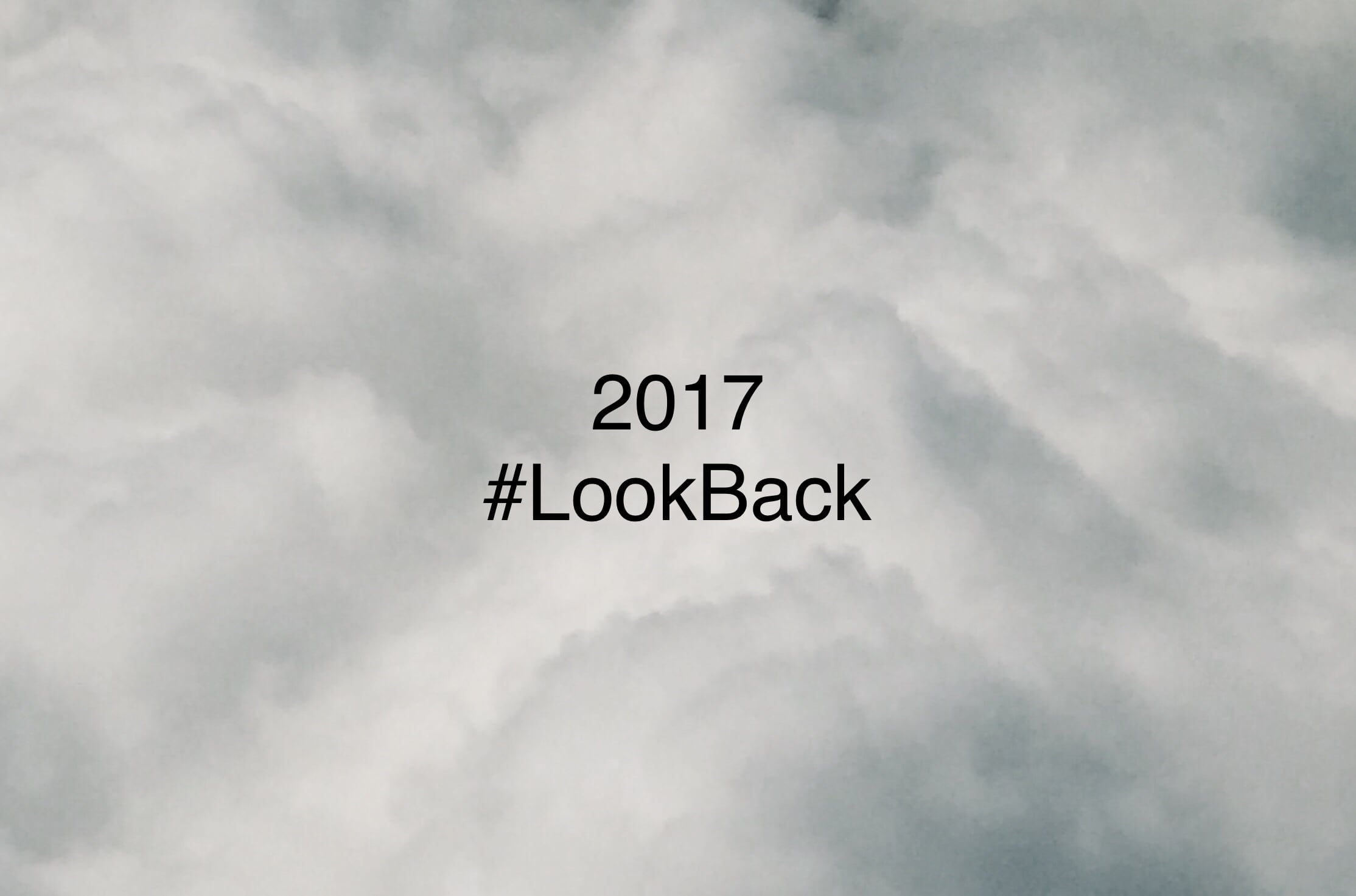 Reviewing the year of climate and health, is there some cause for hope?

With non-stop news about the devastating impacts of climate change (check out our #JustClimate archive on Twitter for plenty of such examples), it’s easy to feel overwhelmed by the scale of the problem.

But 2017 also brought some encouraging news, according to Dr Harry Jennens, Co-ordinator of Healthy Futures, whose article below charting some positive developments is the final instalment in our end-of-year series on climate and health.

As well as a series of calamitous extreme weather events, climate change in 2017 saw the continuation of a now familiar trend: national governments lagging behind while state authorities and grassroots movements put their shoulder to the wheel.

Australia was no exception, where the Turnbull government remains paralysed in climate inaction by backbencher denialists, while Victoria joined other states and territories in setting ambitious renewable energy targets.

Climate change on the international stage culminated in the Conference of Parties in Bonn in November. Probably the most impressive outcome was the ‘Powering Past Coal Alliance’.

Launched by the UK and Canada, it aims to phase out traditional coal-fired power entirely due to the unequivocal threats it poses to climate and health. Leaving coal behind was sadly not on the menu for the US and Australia who seem intent on doubling down on fossil fuel investments.

Satisfyingly, health was given centre stage at COP23. The WHO were front and centre during the conference. Patricia Espinosa, Executive Secretary of UN Climate Change declared that to “realize the world’s climate goals we can also play our role in providing a major health boost to billions of people”. The Paris Climate Agreement was framed more and more as a plan of action for global health, not just climate change.

Grassroots campaigns for climate action grew in strength, number and organisation over 2017. Australians are uniting to #StopAdani and diverse groups have come out in opposition to the mine.

Professor Fiona Stanley has come out swinging against Adani and a band of health professionals and students calling themselves “Health on the Frontline” recently blockaded Adani’s rail work site to demonstrate their opposition (as also covered in this previous post).

Financial tables continued to turn against Adani this year as Westpac, the Commonwealth Bank and the Chinese government confirmed they do not intend to finance the mine. The Australian banks’ decision came after years of sustained grassroots campaigning. The movement to #StopAdani has grown so powerful that Queensland Premier Anna Palaszczuk was forced to promise to veto a federal loan to Adani in the middle of her recent election campaign.

Will we remember 2017 as the beginning of the end for Adani?

Away from the Adani front, grassroots campaigns for fossil fuel divestment enjoyed some victories this year. Market Forces succeeded in getting both HCF Australia and Medibank Private to announce they would divest.

The organisation that I co-ordinate, Healthy Futures, continues to campaign for HESTA and First State Super to divest from fossil fuels.

For us, 2017 has been a year in which multiple health organisations joined our call for the super funds to divest and health professionals took public action outside a HESTA awards ceremony, cementing the health sector’s resolve to act on climate change.

This resolve has borne out on a federal level too. The Climate and Health Alliance has convened a campaign for a National Strategy on Climate, Health and Wellbeing along with such prestigious partners as the Australian Medical Association, the Royal Australasian College of Physicians and the Royal Australian College of General Practitioners. The Australian Labor Party have announced that they would develop such a strategy in government.

Unfortunately, the Framework for the National Strategy only recommends emissions reduction targets in line with the recommendations of the Climate Change Authority, which fall well below what is required to give the world a good chance of limiting global warming to two degrees.

But at least the campaign is raising awareness of the links between climate change and health amongst politicians and leaders of health organisations.

While our federal government fiddles, states and territories continue to push ahead on climate.

Will we finally see the end of the Adani Carmichael coal mine?

And how else can health professionals win the decisive, widespread action on climate change that we know is so urgently required?

Right now there’s a gap for a campaign that demands our Federal Government commit to emissions reduction targets that give us a good chance of remaining below 2 degrees.

Could health professionals and health organisations use our expertise to help fill this gap? If you think so, drop us a line – we’re always keen to talk strategy.

This article is published as part of an end-of-year series on climate and health.

See previous articles in the series:

Land clearing – a health threat requiring action and leadership, in the NT and elsewhere

Marking a milestone in the history of planetary health

The health of future generations is at stake: Helen Clark

In other hopeful news… 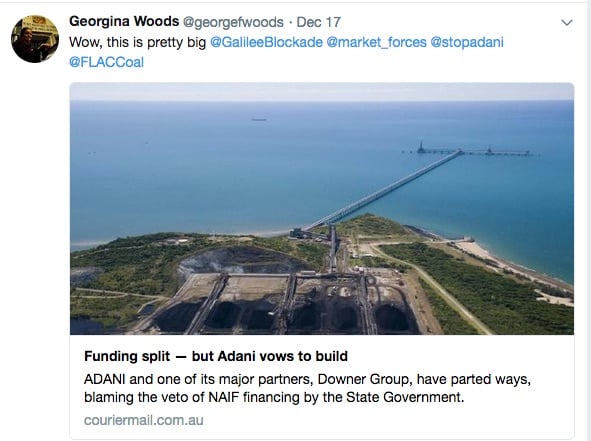 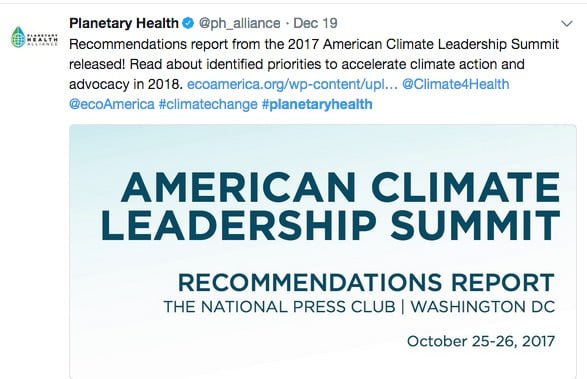 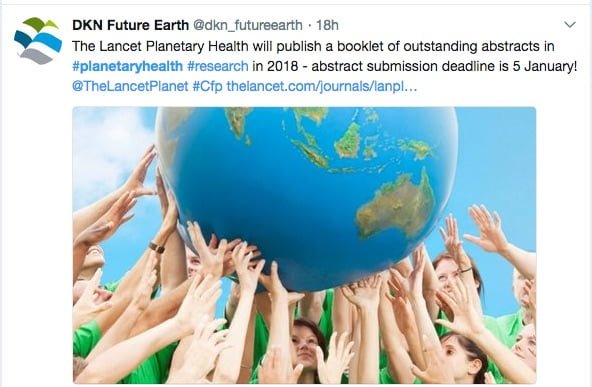 PrevPreviousNow here’s a challenge: how are you supporting local health champions?
NextShopping for health ministers? Here’s a summer reading list that might help…Next