Richard Smith, a leader in international public health, has been tweeting about the conference held in London earlier this week on the health and security implications of climate change, as previously mentioned.

Here are some of his tweets (for those without the time or inclination to wade the T-verse). The Twitter tag is #healthandsecurity. 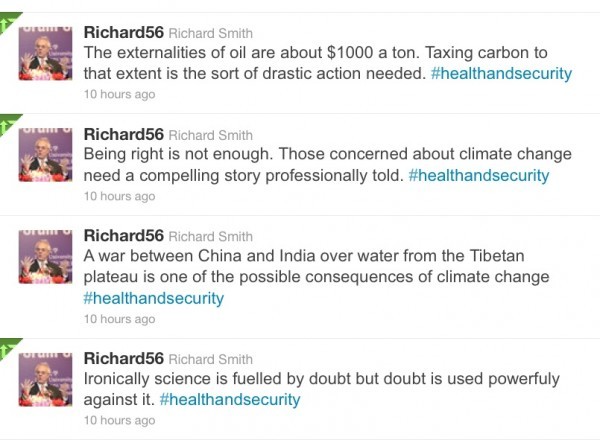 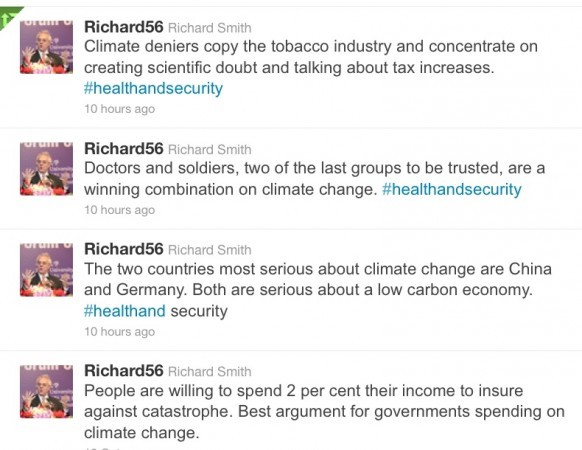 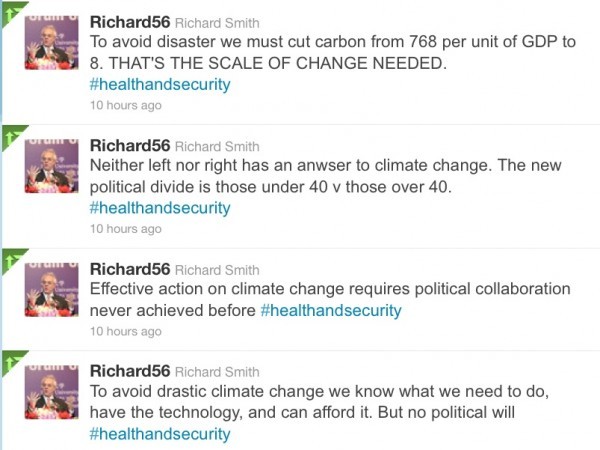 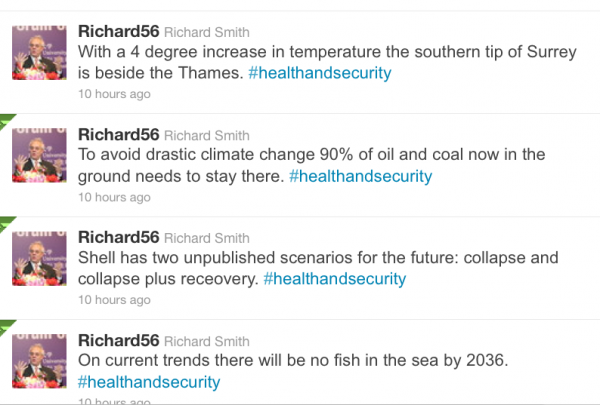 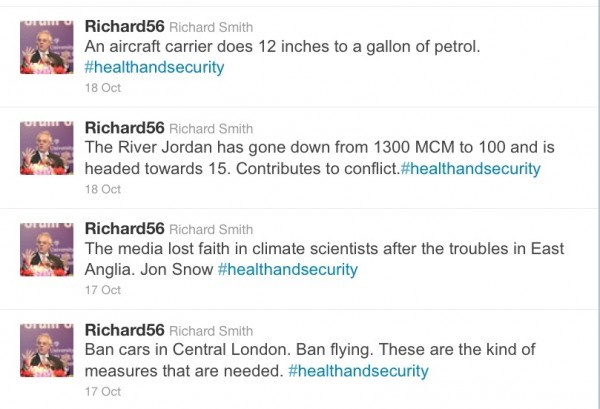 More details about Richard Smith from this bio published by The Guardian.

Richard Smith is executive director of the Ovations initiative to counter chronic disease in the developing world. Ovations is a subsidiary of the UnitedHealth Group, one of the world’s largest health and wellbeing companies. He is also executive director of Unitedhealth Europe, another subsidiary of the UnitedHealth Group that works with public health systems in Europe. A member of the board of the Public Library of Science, he is also a visiting professor at the London School of Tropical Medicine and a member of the governing council of St George’s, University of London.

Previously he was editor of the British Medical Journal and chief executive of the BMJ Publishing Group. Having qualified in medicine in Edinburgh, he worked in hospitals in Scotland and New Zealand before joining the BMJ. He also worked for six years as a television doctor with the BBC and TV-AM and has a degree in management science from the Stanford Business School.