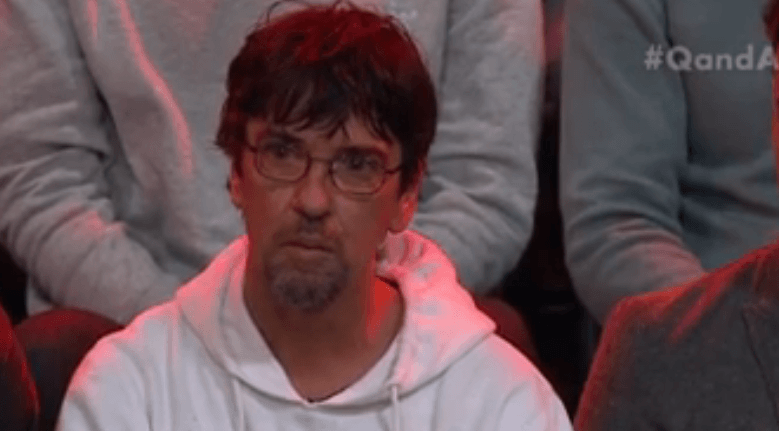 Rise & be heard: Joining forces to ask questions, demand answers on poverty – and to be shown some respect

US author and poverty campaigner Linda Tirado was at college and working in two low-paid jobs in the United States when she wrote this post on what it’s like living hand to mouth in a wealthy country. It went viral and, as Late Night Live described it,  she went from night shift diner cook to speaking at the London School of Economics. She wrote Hand to Mouth: The truth about being poor in a wealthy world – and last year delivered the keynote address at the Australian Council of Social Service national conference.

Her post struck a powerful chord – but she was also subject to vilification and overwhelming scrutiny of her personal life, from her welfare records to the state of her teeth.

Back in Australia two months ago for a visit, she saw a similar wave of fury and contempt roll with devastating impact over Duncan Storrar, the man who ‘dared’ ask a question on the ABC’s Q&A program about equity in the Budget and ended up with his life laid bare on morning TV shows and labelled a villain on the front page of the Herald Sun.

As this story in The Age outlines, Tirado delayed her return to the US and now she and Storrar have joined forces to create the the Rise And Be Heard project, which invites people to pose questions to politicians online which the project will then seek to have answered.

She wrote this powerful post for Croakey below on what it’s like to be subject to such a full frontal “outpouring of hatred and bile” and the risk that it silences those who have the most right and need to speak up. She says:

There is a human cost to every bloodless policy drafted by the people who decide our futures. Those who will pay it should be first at the microphone, because it will be paid in our sweat, our lives, our happiness. 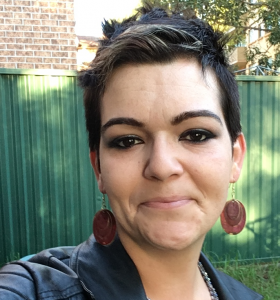 I don’t know how to write about becoming not-quite-famous. I’ve been considering this problem for weeks now, ever since I watched Duncan Storrar be publicly eviscerated. The nightmares came back in full force, though they’d not become so infrequent that I was shocked by them.

I woke this morning surprised to find myself in a bed; I had only moments before been tied to a stake naked in the public square while the morning shows reported on my every flaw and strange masked men walked by hissing twisted threats at me. Another frequent dream involves my being forced at gunpoint away from the cash register I used to work at, put into a bag, and beaten by unknown assailants for however long it takes until I wake up. The nightmares are like old toxic lovers now, comfortable in their awful familiarity.

Nearly three years later, I’ve got the panic attacks under control to the point that I can keep talking to people while they happen; I’ve learned to simply explain that my body sometimes gets shaky and weepy and that there’s nothing actually wrong with me and anyway what were we talking about?

I have trouble with reality sometimes. It’s such a fungible thing; once, I went to sleep with my infant daughter and I woke up notorious. My life since then passes in great whomping gulps of time; sometimes I have dinner on sparkling rooftops overlooking Darling Harbor and sometimes I sleep rough in London for a story and sometimes I’m a mother of two and sometimes I’m on TV talking about the news and then I know that I am myself shaping reality and it’s all a bit too much for one human brain to puzzle out.

What I know is that I’m not exactly human anymore, not in the way I used to be. I check in and out of humanity, really. I have lost something indefinable, and it makes me incapable of dealing with people for too long before it gets overwhelming and I have to hide for weeks or months.

It’s a peculiar thing, having your privacy stripped away from you. Nobody bothers to ask your consent, you know. They talk about you and then, because they’ve talked about you, you’re a public figure, so you can’t call it harassment.

It’s a heart-stopping lack of autonomy, waiting for the dust to settle so you can see what shreds of a life you might be able to eke from the wreckage. At a certain point, you become the entertainment of the week as people who didn’t know you existed ten minutes ago and have now read a few hundred words about you (written by other people who have never spoken with you) debate your relative morality, your worth as a human being, whether you should have had children, whether you deserve to eat, whether you should even be breathing today.

I thought about all this as I paced frantically a few weeks ago, having heard that Duncan was on suicide watch and wondering whether the Australian media – both traditional and social – had just killed a man for clicks.

And over what? I said it sucked to be poor. Duncan said the same, though more intelligently than I’d managed. “Being barely able to make it isn’t a pleasant way to live your life” isn’t, to my knowledge, a particularly controversial statement. So it’s not what we said.

But then, why the unprecedented outpouring of hatred and bile, the journalistic hours lost to coverage of what should be a non-story when there was actual news happening? There are people dying on an island not far from these shores, killed in the name of every Australian and the news was that a rough man with a rough life asked a question about taxation?

The lesson the “news” left us with: if you want to have an opinion, you’d better have a life that’s camera-ready. Otherwise, whatever joy or small comfort you’ve scraped together will be destroyed along with any hope for a future – and then they’ll start in on your family.

On the eve of the election, the most eloquent and necessary voices on the subjects of welfare and unemployment and the challenges of the single parent or the permanently disabled – people who’ve never gotten far enough ahead for perfection – were made to seriously consider whether they’d want to volunteer for what I, and Duncan, lived through. Whether they could even make that decision for their own families.

Millions of people across Australia got the message loud and clear – this place is not for you.

The message is wrong.

This place is for everyone, or should be if Australia can live up to its best future. This place, where we honour the rightful owners of this land but never seem to find a way to share it with them, this beautiful island where the homeless are cleared from the streets before the sun can expose them to public view, this lucky country that now considers cutting disability pensions because luck means never having debilitating trouble with your body –- this place still holds more promise than most.

This place is for the wealthy and the beautiful and the well-educated, and also for the people who clean their homes and maintain their places of commerce. This country where the birds always sing is for the people too busy to enjoy the songs, for the people who’ve been looking for work for too long, for the ones who have been so beaten down for so long that they can barely muster the will to care for themselves.

I am frequently described as angry. That isn’t the right word. I am livid, nearly boiling over with the pain of thousands of people I have spoken to over the last years. They all have their own way to phrase the question but it always comes down to: why don’t I matter, too? Why isn’t my future as valuable as anyone else’s? It is plaintive, small, a hurt so keen that we never say it exactly aloud.

It’s time to say it. Not to ask the question, but to demand the answer.

There is a human cost to every bloodless policy drafted by the people who decide our futures. Those who will pay it should be first at the microphone, because it will be paid in our sweat, our lives, our happiness.

There is poison in silence, which never equals consent but usually gets confused for it. We are allowed to ask questions, we are allowed to get above our station, we are allowed to be impertinent in the face of Wrong. And what else do you call it, when single mothers can joke about losing weight on the Newstart Diet and people who need lifesaving medical care aren’t sure their own government won’t cut that program?

Can it be anything but wrong that people feel afraid to speak while they eat their democracy sausages?

If you’d like to get involved in the project, it’s easy: think of a question you’d like to ask. Submit it at www.riseandbeheard.com or send us a picture through Facebook or on Twitter at @riseandbeheard. Retweet, repost, pass the link around. We’ll be collecting questions across Australia and posting answers we get back from newly seated MPs. It’s time to rise, and be heard.

Stand up. Speak out. Never silent.