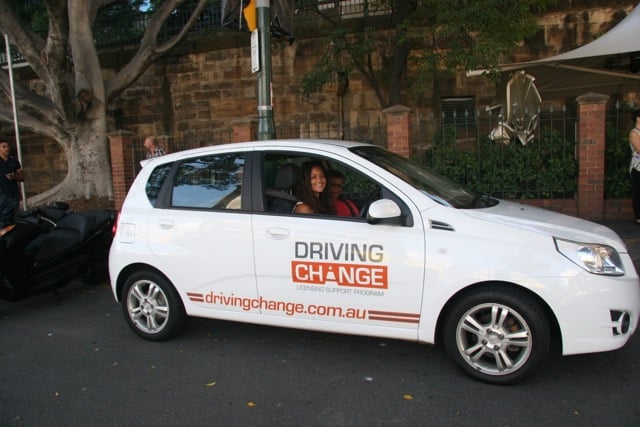 Having a driver licence is a key not just to safe driving, but also to health, education and employment opportunities. Driver licensing is a social determinant of health, with research in Aboriginal and Torres Strait Islander communities in NSW and SA revealing that people with a driver licence were four times more likely to be employed.

Beyond access to services and employment, driver licensing also impacts the broader goals of social inclusion and is important enabler of cultural well-being that comes from fulfilling cultural or family responsibilities, which can be impracticable without private transport, particularly in areas not well serviced by other forms of transport.

In the following piece, Patricia Cullen, Rebecca Ivers, Kathleen Clapham and Bobby Porykali outline the benefits of community-led driver licensing support in disrupting the cycle of licensing and transport disadvantage and creating community-based, sustainable changes with positive impacts on the health and well-being of Aboriginal and Torres Strait Islander peoples.

Despite the benefits of having a licence, it is estimated that there are low rates of licensed drivers among Aboriginal and Torres Strait Islander peoples. This has been attributed to specific barriers to accessing a driver licence, which requires identification documents, financial resources, supervisory drivers, sufficient literacy and access to service providers.

Furthermore, Aboriginal and Torres Strait Islander people experience increased contact with the justice system that precludes access to licensing, which is primarily attributed to: 1) fine default licensing sanctions due to inability to pay fines and/or state debt; 2) lack of diversionary options or programs for offenders; 3) unauthorised driving charges, which includes those who drive despite never having a licence and those who drive with a suspended or disqualified licence.

Driver licensing sanctions and fines enforcement can be particularly detrimental for people living in regional and remote communities that have limited access to public transport, people on a low income and people who face barriers to driver licensing, all of which Aboriginal and Torres Strait Islander people are over-represented – this points to inherent inequity within the licensing and justice system.

In NSW, the state government has announced a proposed overhaul of licence disqualification penalties that are expected to come into effect next month. The proposed changes will abolish the Habitual Traffic Offender Scheme, revise maximum incarceration penalties for unauthorised driving offenses and allow disqualified drivers who have complied with disqualification periods to reapply for their licence. It is anticipated that these changes will urgently address the disproportionate impact that penalties for unauthorised driving and fine default licensing sanctions have on vulnerable sectors of the community.

While the proposed reforms are critical to reducing the inequitable burden of licensing sanctions and incarceration of Aboriginal and Torres Strait Islander peoples, these changes will not support people to overcome the multiple barriers to accessing a driver licence and the resultant transport disadvantage.

To address these inequities, the Aboriginal Legal Service (NSW/ACT), the NSW Council of Social Services (NCOSS) and the Law Society of NSW have jointly called on the State Government to invest in “end to end” licensing programs that facilitate licensing in Aboriginal and Torres Strait Islander communities. End to end licensing programs provide support for all aspects of licensing from identification documents, to managing outstanding fines, preparing for the learner theory test and supervised driving practice.

One such program is the Driving Change Program, which partnered with 11 communities across NSW between 2013-2016. Driving Change employed a local Aboriginal and/or Torres Strait Islander Youth Worker in each community to provide clients with case management through the licensing system.

An important component of the Youth Worker role was to coordinate a learner driver mentor program, which involved recruiting and training volunteer community members to supervise novice drivers who could not access a licensed driver; almost half of Driving Change clients lived in households where there were no licensed drivers. Driving Change provided support to over 1000 clients, with more than 400 people gaining a licence and 3300 hours of supervised driving practice. Of the 267 clients that were paired with a community mentor in the learner driver mentor program almost half achieved a Provisional P1 licence.

The strength of programs like Driving Change is that they are led by local Aboriginal and/or Torres Strait Islander Youth Workers who know their community and are situated in local community organisations that provide a culturally safe environment for clients. End to end licensing programs are responsive to client need and can be tailored to respond to community strengths and community identified priorities.

The greatest challenge in delivering community-based licensing programs is sustainability – too often these programs are plagued by inadequate funding and poor longevity. The sustained impact of the Driving Change program can be seen in the uptake of this model by Transport for NSW, who now fund communities directly to deliver end to end licensing access programs for disadvantaged drivers. While the transport sector is investing in licensing support, licensing is not simply a “transport” issue; a complex interplay of issues thwart driver licensing participation in Aboriginal and Torres Strait Islander communities with far reaching consequences for health, cultural connectedness and social justice.

Given the broad social inclusion benefits of licensing, there is an urgent need for cross-sector collaboration and national investment in culturally safe models of support that see communities actively engaged in shared ownership of local solutions. By disrupting the cycle of licensing and transport disadvantage, there is potential to empower communities and create generational change with positive impacts on the health and well-being of Aboriginal and Torres Strait Islander peoples. This is best expressed by one of the Driving Change Youth Workers:

“I see myself as being a central point for the young people (in my community), to be able to come there and get a hold of their life, and kick start it, with a good start, but they need their own licence to be able to get themselves around to whatever it may be. Not having a licence will impact on every aspect of their lives. It’s about their health and about their cultural responsibilities to family and to their community. To conduct sorry business, there’s a whole lot of issues that are addressed just by having a licence – so we hope that we reduce injury, but it also addresses the unemployment, the social injustices that exist.”

The Driving Change program, was developed by The George Institute for Global Health with the support of founding partner, the AstraZeneca Young Health Programme, and principal partners Transport for NSW, and NSW Health. The authors acknowledge the immense contribution of the Driving Change Youth Workers, Steering Committee, Investigative Committee and the Driving Change communities.

On September 22nd, The George Institute for Global Health hosted a forum: “Roads to Health for Aboriginal and Torres Strait Islander people” with keynote speaker Minister Ken Wyatt, Minister for Aged Care, and Minister for Indigenous Health. This forum aimed to encourage a dialogue between key stakeholders from Transport, Justice and Aboriginal community controlled organisations, and shared insights from the Buckle Up Safely child car seat program and the Driving Change licensing programs.

PrevPreviousAMA and CHF not fooled by PHI policy and funding tricks
NextIs your retirement fund as ‘healthy’ as you think?Next