Detail from newspaper cited in the article below

Croakey has been urging readers and contributors to make submissions to a Senate Select Committee inquiring into the future of public interest journalism – deadlines close tomorrow (Thursday, June 15).

Our warm thanks to public health luminary Professor Fran Baum for having engaged with this process; her submission will argue that a strong public interest journalism sector is vital to enabling healthy people, communities, societies and democracies, as well as for an effective and cost-effective health care system.

Please get in touch with @croakeyblog today if you would like any advice or support in submitting an application.

Meanwhile, in the article below, Rob Oakeshott, a former federal and state Member of Parliament, an author, and now a medical student, urges readers to make a submission. He is also Patron and board member of the Public Interest Journalism Foundation.

“The relationship between mainstream media and politics is what it is because the government has allowed a duopoly in media, handing the power of the fourth estate to key players. Fake news abounds and it is all about money, power and puppeteering skills. These guys are a law unto themselves because of a few elitists with interests in those media outlets.

Independent media often gets dumped in the same basket and many of them have been sucked into the void of big conglomerates and either been syndicated or shut down – taking the community voice with them.

The Government could support the independent community media by advertising, booking direct instead of through agencies that charge 25 per cent or more, rip the arse out of our rates and then take 90 plus days to pay, but expect our tax on time!”

Those are not my words. They are the words of the local newspaper editor in Port Macquarie, following a public meeting I attended last week. 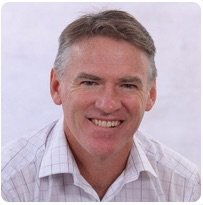 It was the quarterly meeting of the Friends of the ABC, with a full house of locals sick of being called anything other than independent-minded souls, and frustrated at constant cuts by Government to the national broadcaster. The Aunty army is mobilising, and is not happy.

I had been invited to talk on “Media and Politics: Fake News and the crisis in Australian journalism”. It was no surprise the audience was baying for blood on the Murdoch business model.

But attacking those attacking the ABC might feel good, but helps no-one. It doesn’t fix anything. Just more noise. So I left the usual suspects alone. And by question time, it was the local editor of a local newspaper who stood up and kicked her own industry, as is quoted from her own newspaper editorial above.

From inside the industry, she is only one of many voices now crying for change. Something consumers have been yelling for a while.

So what do we do?

Well, a Senate Committee is currently underway looking at the crisis in modern journalism. Not many people know about it, and even fewer have made submissions.

Maybe Australia is in a “post-care” phase. Maybe the options for a better way aren’t clear.

But there are options, and there is hope.

Other countries are doing some creative work in promoting media diversity, through ideas like tax benefits for start-ups. The one I like is a type of Media Australia, similar in role to Screen Australia, supporting media platforms, and helping get stories written, regardless of ownership or propriety. It is, in the end, about the story.

The Public Interest Journalism Foundation has made a quality submission promoting these ideas. Please, read the submission (it will be available at the inquiry website in coming days). And please, if you agree, submit your own thoughts. It does matter, and will make a difference. Even if you’ve never made a submission before, there is always a first!

Here’s a tip: It can be hand-written on the back of a coaster, and will still be treated as a submission, and will have to be considered. So just go for it.

And it will help drive change, and it is exactly why I am writing this article. Please, take action.

And if you are stuck for something to say, think about this;

Mass communication, via the printing press, made a Reformation. It was a wonder of its time. It brought people together through ideas and stories.

Compare that to Australian media in 2017. I just see more and more people rejecting mass communication, on the charge it’s not to be trusted.

It’s now seen as hunting for money, not truth.

It’s now seen as spreading the partisan, rather than exposing it.

It is about division, not unity.

And it doesn’t have to be that way.

Please, make a submission. They need to hear what you think. Now.

• Rob Oakeshott is a former federal and state Member of Parliament and author. (Declaration from Croakey: Melissa Sweet is a board member of the Public Interest Journalism Foundation.) Follow on Twitter: @RobOakeshott1

PrevPreviousDear PM: My name is Isiah and I am 6 years old. I hope you have a yarn with Clinton.
NextCommissioning no cure for Australian health equityNext