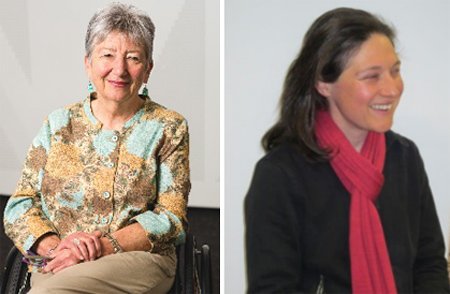 When asked earlier this week about the Government’s intended response to last year’s Senate Committee Inquiry that uncovered appalling instances of violence, abuse and neglect against people with disability, a spokeswoman for the Federal Social Services Minister said the Government was taking the inquiry’s findings and recommendations into account, as it developed a quality framework for the National Disability Insurance Scheme (NDIS).

Getting this part of the NDIS right will be particularly important for women with disabilities, who experience family violence at higher rates than those in the general community.

As outlined below by Keran Howe and Jen Hargrave from Women with Disabilities Victoria, there is now another excellent source of advice for the Minister and his team. The Royal Commission into Family Violence which recently brought down its findings, made recommendations that the authors believe, if taken up, will be “game changers”.

Women with Disabilities Victoria welcomes the recommendations of the Royal Commission into Family Violence which were handed down recently.  The Commission noted that there is ‘a disturbing culture of acceptance of violence against people with disabilities’.

People with disabilities are recognised as being at higher risk of family violence by both the Commission’s report and the NDIS consultations. The report notes strategies to improve disability workers’ understanding of violence, enhance family violence supports, and remove the barriers to housing.

The Commission’s path to change the violence-accepting culture it identifies is to educate NDIS staff and other disability workers about Family Violence. Widespread training would be an Australian first, and disability advocates meet the recommendation with applause.

Disability workers are often central figures in our lives, especially for those of us who are isolated. They may be our only means to services and information. If they don’t have information on family violence, then neither do many of us. The Commission’s recommendation that the disability workforce is trained in family violence recognition and response sends a strong message; supporting the safety of women is their business.

Melissa is a vibrant Melbourne mum who uses a wheelchair. During the  July hearings, Melissa told the Royal Commission how her husband assisted with her showering and day-to-day disability supports. Melissa’s husband also perpetrated family violence.

“I use a wheelchair and relied on [my husband] for physical and practical support. This put me in a difficult position”, Melissa told the Commission.

In an ABC News interview, Commissioner Marcia Neave reflected on how the system had let Melissa down: it was months after separation from her husband that Melissa was given essential disability supports.

Making the NDIS flexible for people in crisis

Melissa’s experience shows how a person’s disability support needs can change during a family violence crisis, through separation from a ‘carer,’ or through moving to a new area. But disability support funding packages are notoriously inflexible.

The Commission responds to this concern, long held by advocates and workers, recommending the Victorian Government advocate for NDIS to provide flexible supports in crisis. NDIS policy development is moving quickly, and the Commission tables this for action within two years.

It is also advised that the Victorian Government expand eligibility for the Disability Family Violence Crisis Response Initiative so that women and children with a broader range of disabilities, including Mental Illness, qualify for short term packages.

Opening the door to the Family Violence support system

The Commission recommended that the Family Violence system needs to develop in a number of areas, to enhance access for people with disabilities to services and information.

Commenting on the recommendations, Fiona McCormack, CEO, Domestic Violence Victoria said, “Family Violence services are increasingly aware of the unmet demand to support the safety of women and children with disabilities. The recommended standards would really tangibly support our sector to provide accessible services.”

The Commission’s blueprint for change is strengthened by an emphasis on cross-sector partnerships. These partnerships will foster the sharing of policy and practice between family violence services and disability services.

Recommendations are grounded in resourcing organisations who represent their own communities. For example, diversity training is to be provided by Seniors Rights Victoria, In Touch Multicultural Centre Against Family Violence and Women with Disabilities Victoria. Resourcing these organisations directly combats the conventional ‘trickle-down’ approach to community engagement.

Finally, we have an indication that the policy tracks of ‘Violence Against Women’ and ‘Disability Abuse’ can intersect. We can start addressing many forms of discrimination simultaneously; sexism, ableism, racism, ageism and homophobia.

A lack of housing built for disability access remains a huge barrier for people with disabilities, like Melissa, to move away from violence. The Commission recommends a housing taskforce. This Taskforce must be charged with fixing this problem. If Governments do not agree to National Standards on Universal Access housing, they will be agreeing to the continued problem of women and children with disabilities being trapped in violent homes.

All the Commission’s recommendations can support women with disabilities. But the specific recommendations for disability service providers are game-changers. Now addressing family violence is officially their business too.

The Commission has listened to women with disabilities and designed structural changes that can create a safer future for us. Now it is over to Governments and agencies to make safety and equality a reality.

Keran Howe is Executive Director of Women with Disabilities Victoria.

Women with Disabilities Victoria is a systemic advocacy organisation delivering representation, policy advice and research. Our programs include Enabling Women and the Gender and Disability Workforce Development Program. Our board, membership and most of our staff are women with disabilities