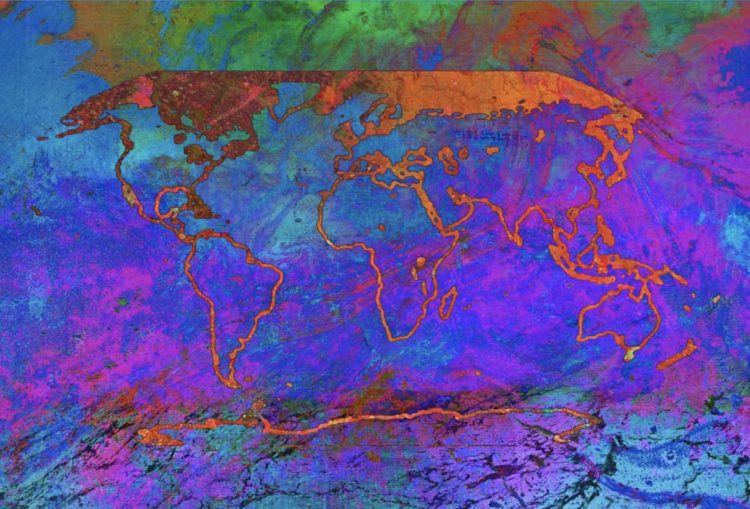 The new IPCC report features 'Changing' by the artist Alisa Singer: "As we witness our planet transforming around us we watch, listen, measure … respond."

‘Running not walking towards planetary-scale disaster’: the IPCC’s latest state of the climate report

The Intergovernmental Panel on Climate Change published its much-anticipated update on the state of the world’s climate on Monday, warning of unprecedented, irreversible and accelerating changes to our planet.

The IPCC’s Sixth Assessment Report (AR6) reflects the latest, most definitive scientific consensus on the climate emergency, reflecting five years of work from 234 of the world’s leading climate scientists spanning 66 countries, and approved by 195 member governments.

Focused on the physical sciences, it is the first installment in a a tripartite work by the IPCC and the first scientific update we have seen from the IPCC since 2013, with the intervening years marked by by more frequent and intense environmental catastrophes across every continent on Earth.

UN Secretary-General Antonio Guterres described the report as a “code red for humanity.”

“The alarm bells are deafening and the evidence is irrefutable,” Guterres said.

“Greenhouse gas emissions from fossil fuel burning and deforestation are choking our planet and putting billions of people at immediate risk,” he added.

“This report must sound a death knell for coal and fossil fuels, before they destroy our planet.

“The viability of our societies depends on leaders from government, business and civil society uniting behind policies, actions and investments that will limit temperature rise to 1.5 degrees Celsius. We owe this to the entire human family, especially the poorest and most vulnerable communities and nations that are the hardest hit despite being least responsible for today’s climate emergency.”

The IPCC Working Group I say greenhouse gas emissions from human activities are responsible for at least 1.1 degree Celsius of warming since 1850-1900, and we are on track to reach or exceed 1.5 degrees within the next 20 years.

This is the threshold at which the most catastrophic and lasting effects of climate change will be unavoidable, and the report warns that, at 1.5 degrees of warming, there will be increasing heat waves, longer warm seasons and shorter cold seasons. Warming in excess of this benchmark would see heat extremes that would “more often reach critical tolerance thresholds for agriculture and health”, the group says.

“It has been clear for decades that the Earth’s climate is changing, and the role of human influence on the climate system is undisputed.”

Panmao Zhai, who also co-chaired the Working Group, said climate change was “already affecting every region on Earth” with a broad spectrum of changes that would only increase, including flooding and rainfall, permafrost and glacial thaw and sea level rise, and ocean warming, acidification and deoxygenation.

“Stabilising the climate will require strong, rapid, and sustained reductions in greenhouse gas emissions, and reaching net zero CO2 emissions. Limiting other greenhouse gases and air pollutants, especially methane, could have benefits both for health and the climate,” said Zhai.

On the numbers alone, the report’s findings are sobering. It estimates that:

For the first time since its inception in 1988, the IPCC report provides regional breakdowns and an interactive atlas where the impacts of climate change on society and ecosystems can be explored.

…the science is clear, the impacts of the climate crisis can be seen around the world and if we don’t act now, we will continue to see the worst effects impact lives, livelihoods and natural habitats.

Our message to every country, government, business and part of society is simple. The next decade is decisive, follow the science and embrace your responsibility to keep the goal of 1.5C alive.

We can do this together, by coming forward with ambitious 2030 emission reduction targets and long-term strategies with a pathway to net zero by the middle of the century, and taking action now to end coal power, accelerate the roll out of electric vehicles, tackle deforestation and reduce methane emissions.”

Fiona Armstrong, from the Climate and Health Alliance, said the report made it clear that we were “running, not walking, into a planetary-scale disaster”.

“In failing to heed prior warnings, and continuing to invest in emission intensive industries and systems, many of the world’s governments, including Australia, have effectively pointed the car at the cliff and hit the accelerator,” Armstrong said.

The disasters associated with the current northern hemisphere summer should communicate clearly to the global community what we can expect: predictable, unprecedented, destructive, violent weather events, leading to large scale loss of life and livelihoods.

These events are eroding our sense of safety, and highlight the volatility of a climate-changed warming world.

Nature, altered by our behaviour, waits for no-one. The atmosphere is driven by physics, not politics. Pretending anything else is simply delusional.”

Dr John Van Der Kallen, national chair of Doctors for the Environment Australia, said the report’s crucial message was that there was still a chance of averting warming to the critical 1.5 degree threshold “if we take action this decade”.

“Current Government policy is the primary determinant for whether Australia will do its fair share to stay within this target,” Van Der Kallen said.

“The policy void around making the transition from coal and gas, which are major sources of climate pollution, to renewables is a political problem – not a scientific or technological one.”

For ease of navigation, we have collated some of the key links below:

The IPCC Sixth Assessment Report site can be found here.

Read the Summary for Policymakers, a helpful overview of the key findings.

Read the media release and watch the press conference.

Take a focused look at the report’s projections for Australia and New Zealand.

Explore the IPCC’s Interactive Atlas and watch an explainer on the Atlas.

The analysis is rolling in. Some of our picks:

PrevPreviousFollowing the Jina: knowledges from Country and culture strengthening young men
NextThe Health Wrap: from the arts to the Olympics, some deep divingNext