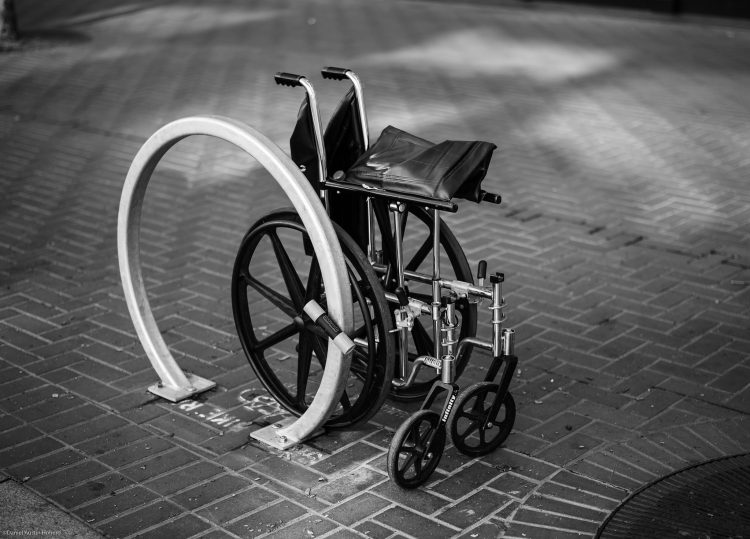 As the National Disability Insurance Scheme rolls out Australia-wide, rural and remote communities are discovering the unique challenges of living in a “thin market” for services and shortfalls in capacity for culturally and linguistically appropriate services.

This was starkly illustrated by a story this week on a blind girl with epilepsy in foster care in remote Tennant Creek who was denied NDIS support for her needs due to bunfights over who was responsible for respite care payments and ongoing issues with access to support workers.

It’s also worth catching up with the thread below from #CripCroakey’s El Gibbs for some of the first-hand frustrations:

FFS, listening to people who are have so much assets they don’t qualify for the aged pension, talk about being hard done by, is difficult

Disabled people are told ALL THE TIME that there is not enough money to fund our basic access to public services.

Rural and remote communities face significant and unique challenges in accessing and navigating the NDIS, underscoring the need for specific advocacy as the Scheme rolls out. In this piece for Croakey, former National Rural Health Alliance chief Gordon Gregory details the state of play.

One of the more interesting presentations at the recent Senate Estimates hearings in Canberra was by Robert De Luca, CEO of the National Disability Insurance Agency (NDIA). It might have lacked some of the theatre — and thus prurient interest — of other hearings underway at the time. But in terms of national policy matters it was of great importance.

Given recent negative reports about the National Disability Insurance Scheme (NDIS), it might have been that Mr De Luca’s presentation was somewhat a matter of  “putting on a brave face”. But one of the comforts enjoyed by him, the agency he heads, and the Scheme for which it is responsible, is bipartisan political backing and a seemingly endless wellspring of public support.

The former is likely to be one of Bill Shorten’s lasting political legacies, whatever lies ahead for him; while the latter must be testament to the positivity and resilience of people living in Australia with a disability, as well as their carers and families.

In its 533-page report published in October 2017, the Productivity Commission expended considerable ink explaining how the NDIA had sacrificed the quality of NDIS plans by rushing to meet enrolment targets. The report concluded that, among other things, the disability sector workforce is growing far too slowly and will not be sufficient to meet demand. Skilled migrants might help fill the void.

Despite its detailed exposition of this and other complex challenges, the Productivity Commission concluded that there is enormous goodwill for the NDIS. The full Scheme is unlikely to be in place until after 2020, but with 475,000 participants and expenditure of $22 billion a year, the NDIS will be the second largest social expenditure program after the Medicare Benefits Scheme.

The fourth report of the Parliamentary Joint Standing Committee (JSC) on the NDIS was tabled by Committee Chair Kevin Andrews on February 15. Despite enormous goodwill towards the Scheme, Andrews described a “disturbing” picture:

Not only are key goals being missed, the experience of the scheme for too many participants and providers alike is inconsistent, haphazard and inadequate.

The JSC Report leaned heavily on direct submissions, public hearings and the Productivity Commission Report. Curiously, in all of these source materials there was almost no specific attention to the particular challenges and opportunities facing the NDIS in rural and remote areas.

It was always the case that it would be especially difficult for the NDIS to meet expectations in more sparsely settled areas. Disability service providers and professionals are thin on the ground; there is a higher proportion of Aboriginal and Torres Strait Islander people in the remote disability population; costs are higher and information flows more restricted.

However, the characteristics of rural and remote communities also provide some special opportunities for success. These are detailed in the NDIA’s Rural and Remote Servicing Strategy, which the National Rural Health Alliance (NRHA) had a hand in producing.

Rural and remote communities often have strong networks and effective ways of solving the problems they face. In such circumstances, theoretically at least, it should be easier to bring together disparate service areas like health, disability and aged care. Integrated disability, health and aged care networks could offer full-time work to allied health and other professionals, positions that would not be available in one sector alone. In terms of employment challenges, providing meaningful work for people in rural areas with a disability is also a major dilemma.

In the period 2012-2016 the NRHA was involved in a substantial stream of work relating to disability services, starting with a project led by Denis Ginnivan on care for rural people with acquired brain injury. This laid the foundation for work identifying practical solutions to the challenges for disability services in rural and remote communities for the Department (then FaHCSIA).

The NRHA was the voice for rural and remote interests during Parliament’s consideration of the NDIS Bill (March 2013), and it collaborated with the National Disability and Carer Alliance to run a roundtable in Parliament House in April 2013, and a Forum in Mt Isa in June 2014.

These led to the NRHA being invited to provide input to the NDIS Quality and Safeguarding Framework and, importantly, the Rural and Remote Servicing Strategy. Relationships at the time were strong.

In May 2015 Bruce Bonyhady, then Chair of the NDIA Board, was a keynote speaker at the 13th National Rural Health Conference in Darwin. The NRHA was a ‘Critical Friend’ of NDIA and a member of its Rural and Remote Reference Group. It contributed to the NDIA’s Rural and Remote Strategy (2016-2019) and was engaged to help convert it into an action document.

It is gratifying to see that Strategy online, including in its comprehensive and effective Easy English form, and to know that it underpins the NDIA’s work in non-metropolitan areas.

But it is a matter of concern that there seems to be no rural and remote representation in contemporary considerations of the NDIA’s progress.

The Joint Standing Committee’s Report lists the major problems with the NDIS nationally as being related to:

For people involved with rural and remote health services, this list is all too familiar. Particularly fundamental, ubiquitous and corrosive is the impact of ‘thin markets’ in rural areas.

One of the specific matters with which Mr De Luca had to deal at Senate Estimates was the recent report of unpaid invoices totalling as much as $300m owed by the NDIA to various service providers.

He reported that there are now 12,328 accredited service providers,  42 per cent of them operating as individual or sole traders. It goes without saying that if there are financial sustainability issues caused by late payments, they will be more serious for service organisations in rural areas where there are higher costs and smaller numbers of participants. (Mr De Luca told the Estimates Committee that the cause of these issues is being ‘actively interrogated’.)

Both the Productivity Commission and the JSC reports give considerable attention to the difficulties relating to the interface or boundary between the NDIS and mainstream health services. Some of these issues are quite specific, as illustrated by the following example, which was raised with the JSC by Speech Pathology Australia (SPA):

The most problematic interface between mainstream health and NDIS services relates to the provision of speech pathology services to people with a swallowing disability and the provision of mealtime management supports.

SPA reported that it had recently been informed by the NDIA that the NDIS would not fund meal time supports as part of individual plans, the rationale being that this support is primarily to prevent a health risk (pneumonia or choking) and should therefore be financed by the health sector.

These NDIS-Health boundary issues are the subject of the first of the Joint Standing Committee’s recommendations:

The intersection between the NDIS and mainstream mental health services is one in which the NRHA has had a special interest. There is a considerable amount of activity in this area involving, among many others, the National Mental Health Sector Reference Group and the Mental Health Council’s monitoring of progress with the Fifth National Mental Health Plan. A special report to rural interest groups on this would be very welcome, including consideration of the capacity of rural Primary Health Networks in mental health services.

Generally speaking, rural and remote people are undemanding and, as a result, may have lower expectations of the NDIS. There are also almost certainly a greater proportion of interested parties in rural and remote areas who do not as yet know all they need to about the NDIS.

People living with a disability in rural and remote areas may be less demanding, but their rights are equal to those in other parts of the nation. One of the fundamental changes being effected through the NDIS is a shift to a human rights approach, requiring governments to ensure inclusive societies in which people with disabilities are welcomed, accommodated, and enabled to live as full citizens.

Continued empowerment of people living with a disability is essential, and is more challenging, time-consuming and expensive in rural and remote areas. But it is the basis of self-advocacy: “Nothing about us without us”.

Given the particular opportunities and challenges in rural and remote areas, specific advocacy remains absolutely vital.