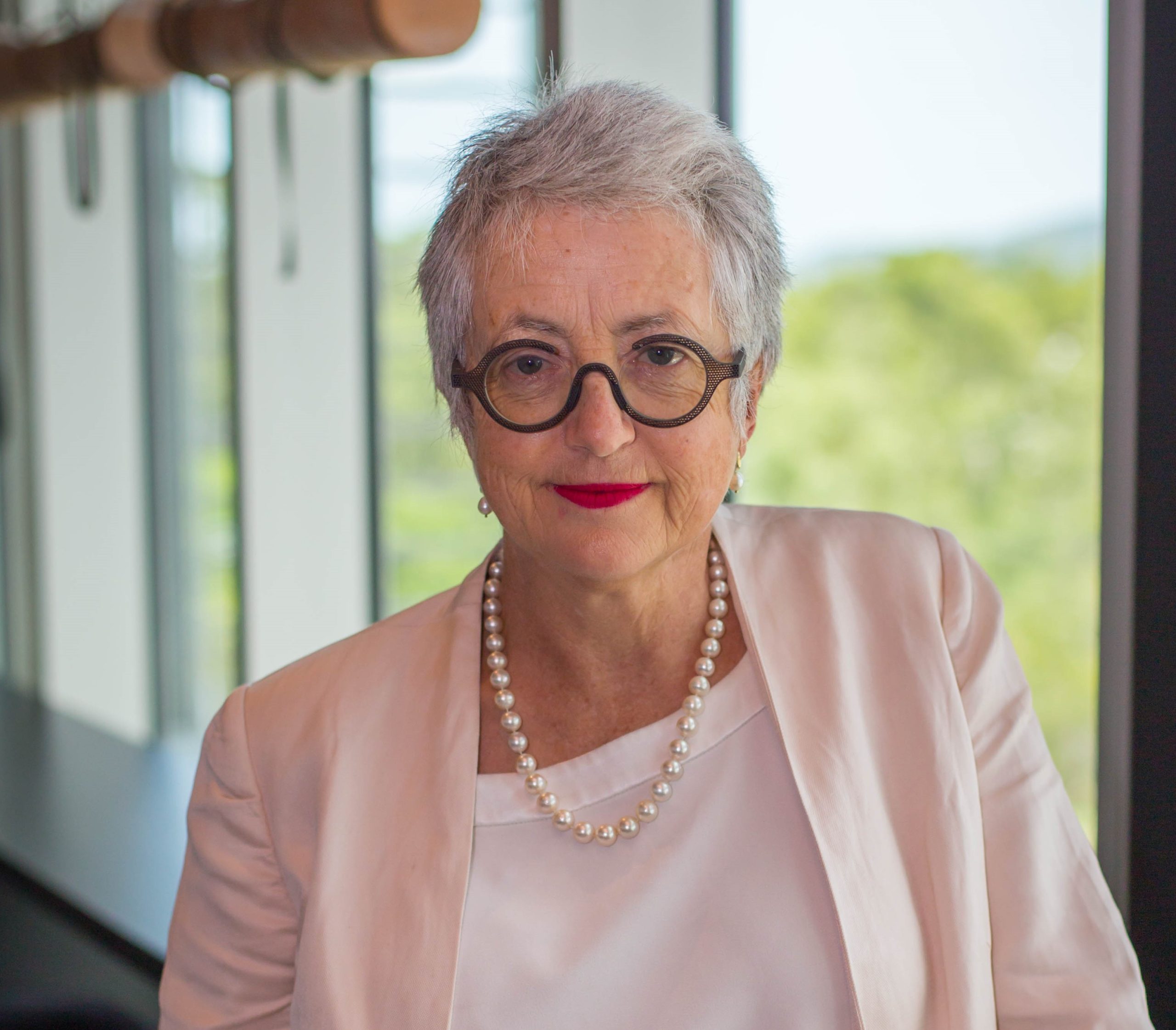 Update: This article has been updated to include the Australian Medical Association’s response to the National Rural Health Commissioner’s appointment.

The appointment of Associate Professor Ruth Stewart as National Rural Health Commissioner has been widely welcomed by rural health bodies.

Stewart was most recently Associate Professor of Rural Medicine, Director of Rural Clinical Training and Support at James Cook University. She takes over the role from inaugural Commissioner Emeritus Professor Paul Worley, who was appointed in 2017.

The Government has recently extended and expanded the Office of the National Rural Health Commissioner to have a broader focus, and the Commissioner will be supported by two Deputy Commissioners to specifically look after allied health, nursing and Indigenous health, the statement said.

“One of the early priorities for the expanded Office will be to support the Government’s ongoing rural response to COVID-19 and to examine the impact on health workforce planning in regional, rural and remote communities,” Hunt said.

In the statement, Stewart said it would be a “great privilege to work with rural and remote communities to improve their health outcomes”.

“I will work with Aboriginal and Torres Strait Islanders peoples across the nation to ensure that these policies are culturally safe and directed at closing the gap. This is an exciting challenge for my office to develop and promote innovative and integrated approaches to health care delivery in rural and remote areas.” 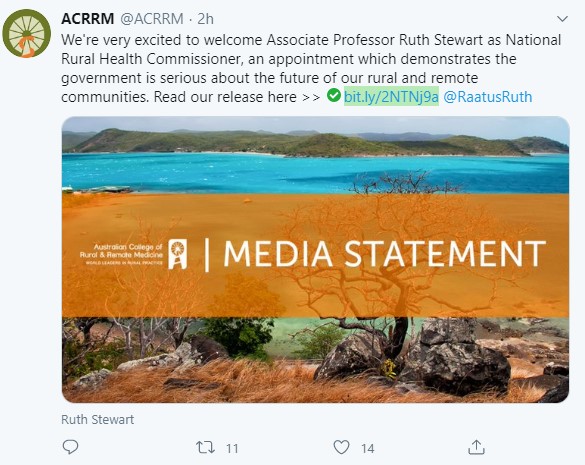 Best person for the job

The Australian College of Rural and Remote Medicine President Dr Ewen McPhee said Stewart’s appointment demonstrated that the government was serious about the future of rural and remote communities.

“We commend the Ministers on selecting someone who is clearly passionate, informed and proactive, and we are confident they have chosen the best person for the job,” Dr McPhee says, noting that Stewart was ACCRM President when Professor Worley was appointed as Commissioner.

“Her depth of knowledge, enthusiasm for women’s health, and her commitment to Aboriginal and Torres strait affairs throughout her 30-year career in rural generalism ensures she will continue the excellent work Professor Worley has achieved to secure the future of the [National Rural Generalist Pathway] and takes it to the next step.

“There is still plenty to do to, and with her tenacity and drive I am confident it will get done.”

“She has lived and breathed rural and remote healthcare, including Aboriginal and Torres Strait Islander healthcare, for decades – and she has been strongly involved in numerous organisations that work hard to improve access to healthcare in the bush,” he said.

“Prior to her appointment as Commissioner, she was working on Thursday Island as Associate Professor Rural Medicine and Director Rural Clinical Training with James Cook University.”

Hall added that Stewart also served on the Boards of RDAA, ACRRM, the Torres and Cape Hospital and Health Service, the Tropical Australian Academic Health Centre, and as Chair of the Federation of Rural Australian Medical Educators (FRAME).

“Associate Professor Stewart will bring a patient’s perspective to her new role, having undergone chemotherapy for lymphoma in 2016 – she chose to receive this locally on Thursday Island, with guidance provided via telehealth from her oncologist and chemotherapy nurses in Cairns. This innovative model of care enabled her to remain on Thursday Island for much of her treatment journey.”

“The RACGP looks forward to working with Associate Professor Ruth Stewart to produce better health outcomes for rural and remote patients through the RACGP training program and provide the highest level of support for our colleagues working in these communities,” Shenouda said.

“When Ruth was President of [ACRRM], I worked with her and Professor Worley to develop the Collingrove Agreement in 2018.

“That was a standout achievement and I believe that by working hand in glove we can make implement practical reforms driven by rural health priorities.”

Much work to do

“Associate Professor Stewart … has a long and distinguished career advocating for better health outcomes for people in rural, regional and remote Australia”, she said.

O’Kane said that the role of the Commissioner was more important than ever with the current challenges facing rural health.

“There is still so much work to be done to ensure that people in rural, regional and remote Australia have equal access to health services and are as healthy as their counterparts in the cities,” she said.

“This includes ensuring that we have a highly-skilled, flexible health workforce in rural areas.”

The Australian Medical Association also welcomed Stewart’s appointment. President Dr Tony Bartone said Stewart was a highly respected member of the profession who had made a substantial contribution to rural and remote health over many years through her work as a clinician, academic, and leading health reform advocate.

“The appointment of a respected leader such as Associate Professor Stewart is a strong signal that the Government is taking rural health seriously,” Bartone said.

“Progress was made under outgoing Commissioner, Professor Paul Worley, on major reforms like the National Rural Generalist Pathway, but there is so much more that needs to be done and this work needs to be prioritised.

“The full impacts of drought, extreme weather, bushfires, and COVID-19 are yet to be fully realised for many rural communities – and health services will be at the heart of their recovery.”

Health organisations also thanked Worley for his achievements during his tenure as Commissioner.

The RACGP’s Shenouda said: “I thank Professor Worley for the tremendous work he did as Commissioner since 2017. His willingness to engage with all members of the rural and remote workforce and work on projects including the National Rural Generalist Pathway means that he leaves behind a strong legacy.”