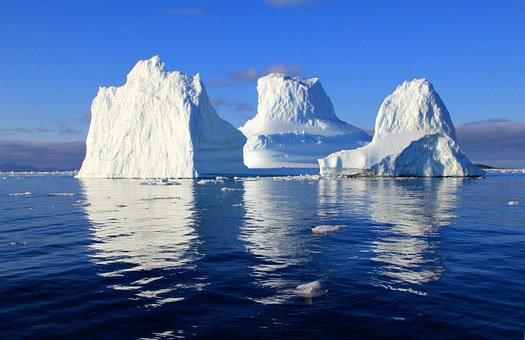 Melissa Sweet is covering the #ruralhealthconf for the Croakey Conference News Service.

A leading public health academic has called for sweeping fiscal policy reforms to address growing inequality and to restore distribution of wealth to that of the 1970s in Australia.

A campaign to promote the public good of taxation, the reintroduction of progressive taxation, a global tax on capital and a financial transaction tax were among a raft of recommendations that Professor Fran Baum AO put to the National Rural Health Conference yesterday.

Baum, Director of the Southgate Institute for Health, Society & Equity at Flinders University, also called for tougher regulation of powerful transnational corporations and reforms to reduce the huge sums of public money spent on “corporate welfare”.

She suggested conference delegates should put more effort into lobbying treasurers than health ministers as this would have a greater impact on the underlying determinants of health inequalities.

Baum also urged the development of local sustainable business models, such as cooperatives, that were responsive to local communities and their concerns. Increasing Centrelink allowances, especially Newstart, would also benefit local economies.

Her calls for a decent minimum wage were timely, as news broke that Labor would campaign at the federal election on creating a living wage amid widespread concerns about low wage growth.

Baum also challenged governments to develop new methods of national accounting so that wellbeing and prevention were valued.

At the moment if you have a car accident, that is good for GDP because you’ve got ambulances, rehabilitation; there is a whole lot of services provided.

But we don’t value it if we have great road accident prevention. If we stop someone from going into prison, we save a whole heap of money but we never count that.

We’re happy to pour money into acute care services but we’re not happy to put money into prevention, which in the long term will save us a lot of money. So how do we change our national accounts so we value wellbeing?

An incoming Australian Government needs to set up a Commission to look at how we can do that much better; it’s going to be good for everybody’s health.”

Baum’s speech, and indeed many of the conference presentations, stood in stark contrast to Shadow Health Minister Catherine King’s presentation on Monday, which had a strong focus on hospitals – also a recurring focus of Opposition leader Bill Shorten’s statements on health.

Baum told delegates she was disappointed King did not mention the social determinants of health in her speech, and addressed this fundamental concern only when it was raised in questions.

“I want a health minister who will stand up and talk about the social determinants of health first, as the most important thing,” Baum said.

“We’ve now got one of the fastest growing income inequality rates,” she said.

Baum described a convergence of crises: ecological, political, social and economic, summarised as “we are in a mess”. When she asked the several hundred delegates if this description resonated with their experiences, no-one disagreed. 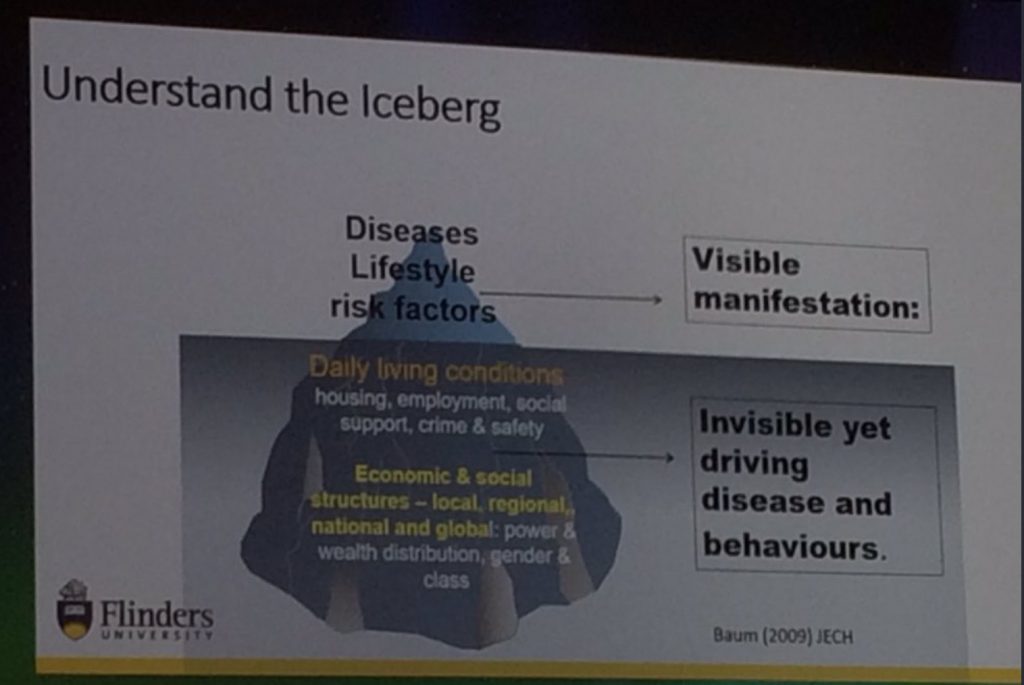 Baum also stressed the impact of racism upon health inequalities in Australia, and made a passionate appeal for the rural health sector to embrace the Uluru Statement from the Heart.

“For those of us who are not Indigenous, we have been offered a huge handshake or warm embrace by our Aboriginal and Torres Strait Islander colleagues who’ve made this offer from the heart,” she said.

“An important step forward in healing…is for all of us to embrace this Uluru Statement and take it to our heart as a way of moving forward.”

“Mainstream Australia could learn a lot from the ACCHS model,” she said. “It is a really good way to work with people and improve their health right across the life cycle from early childhood to old age.”

This suggestion was later welcomed by Renee Blackman, CEO of Gidgee Healing, an ACCHS servicing Mt Isa and remote communities in the Gulf Regions in north-west Queensland.

In an interview with Croakey, Blackman said Aboriginal and Torres Strait Islander people had decades of experience to share in community controlled primary healthcare that provided holistic care addressing wider determinants of health.

We’ve had the experience of perfecting that model of care. That sort of knowledge and providing that type of care to some of the most underprivileged communities in Australia, that’s our expertise …

I’m sure that we can share and knowledge exchange a little bit better with our mainstream counterparts because now we are seeing disparities across the whole of Australia, not just [between] Aboriginal people and non-Aboriginal people.”

Blackman also stressed the importance of moving beyond a deficit focus in discussions about Aboriginal health, and highlighted climate change as an area that would benefit from Aboriginal and Torres Strait Islander people’s knowledge about how to protect the environment.

Watch these interviews with Professor Fran Baum and Renee Blackman 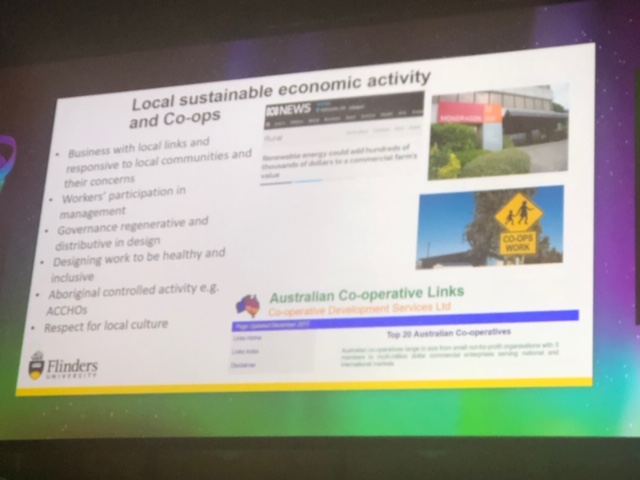 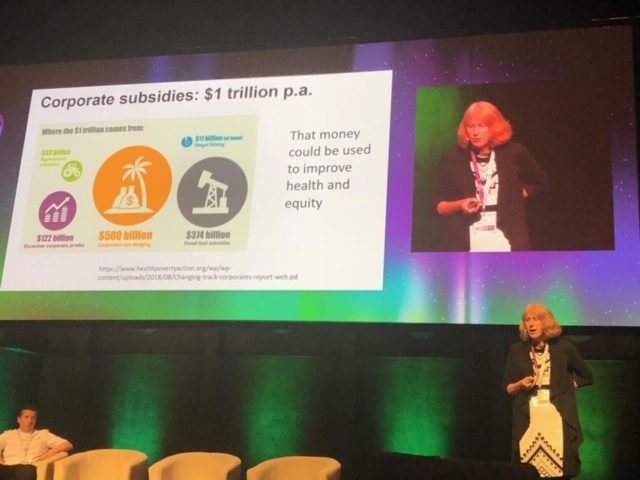 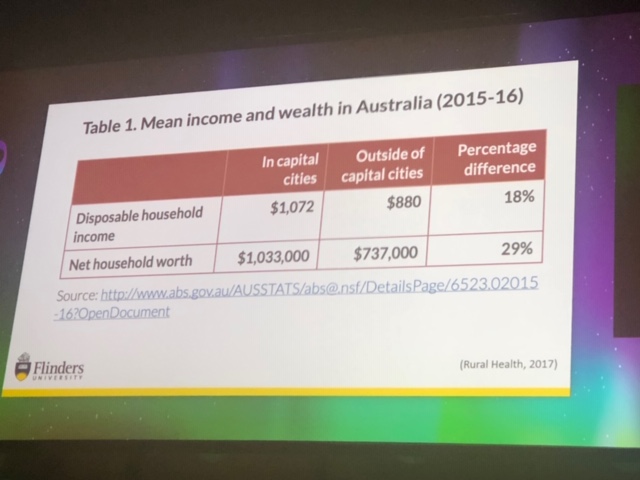 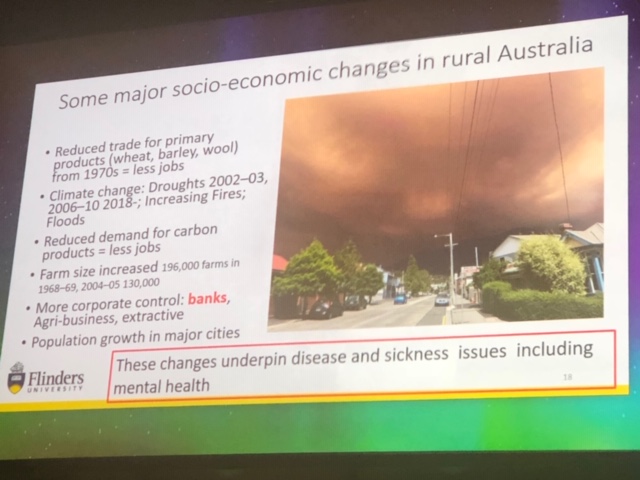 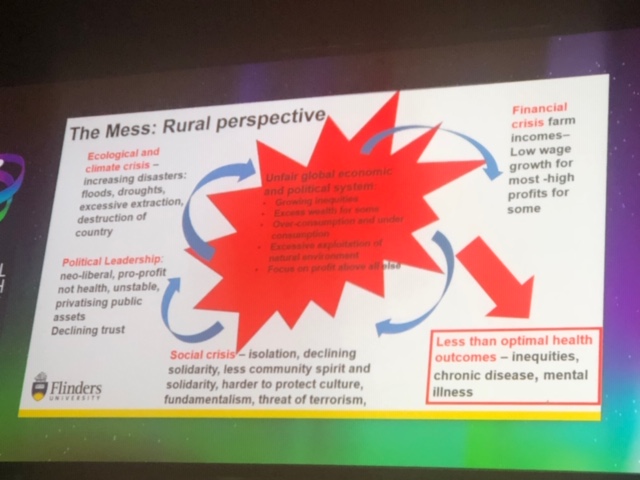 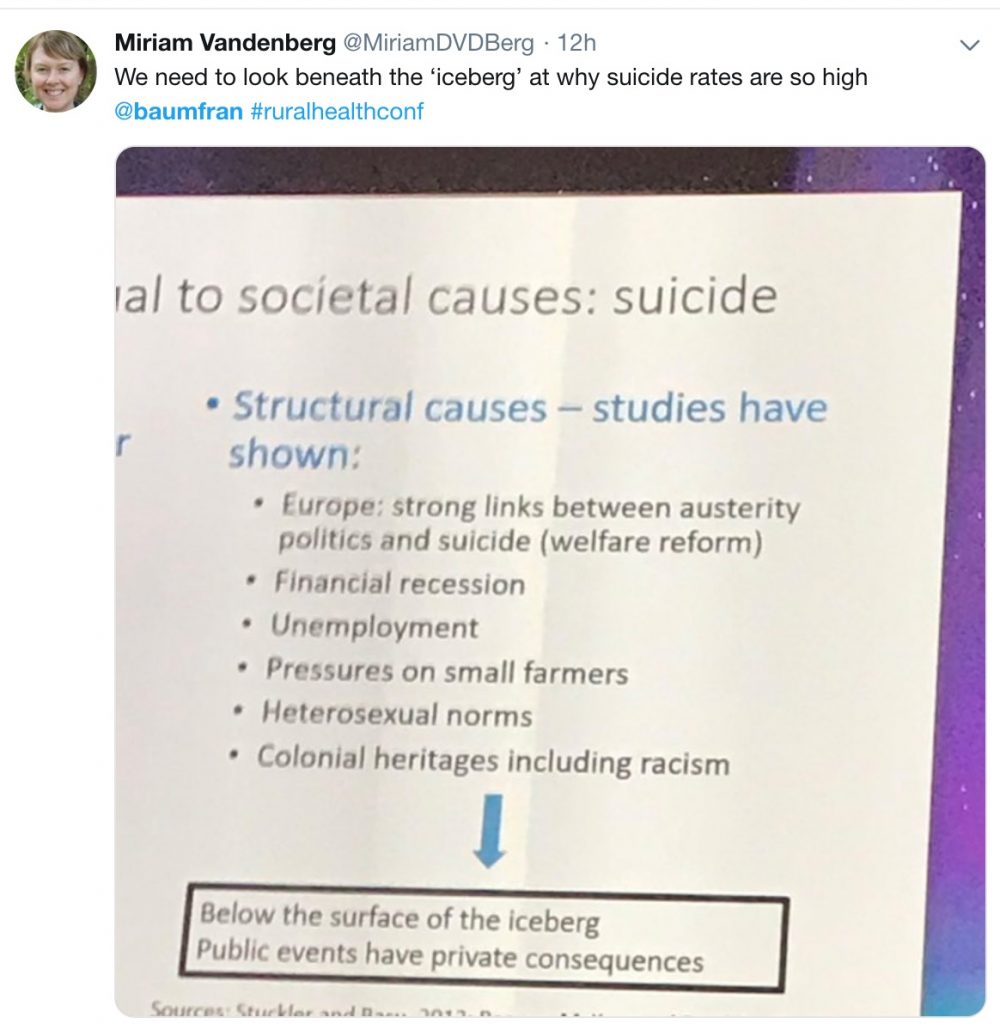 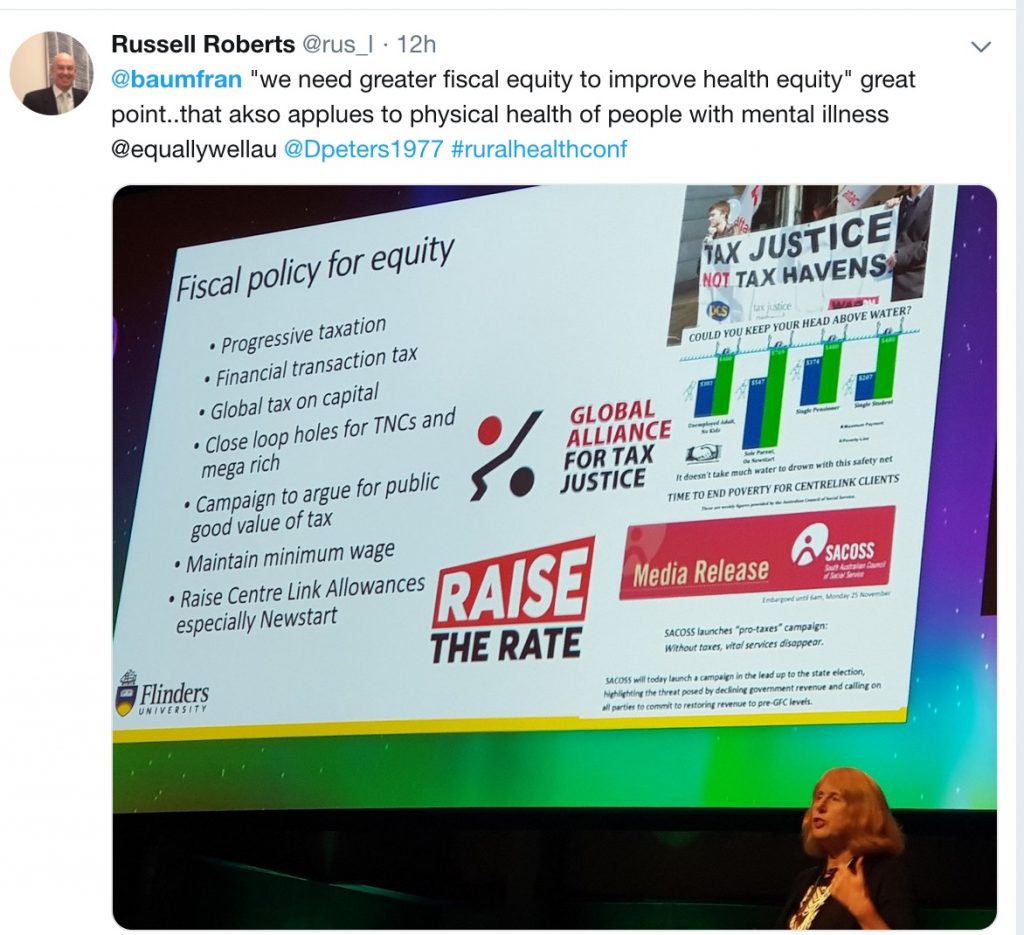 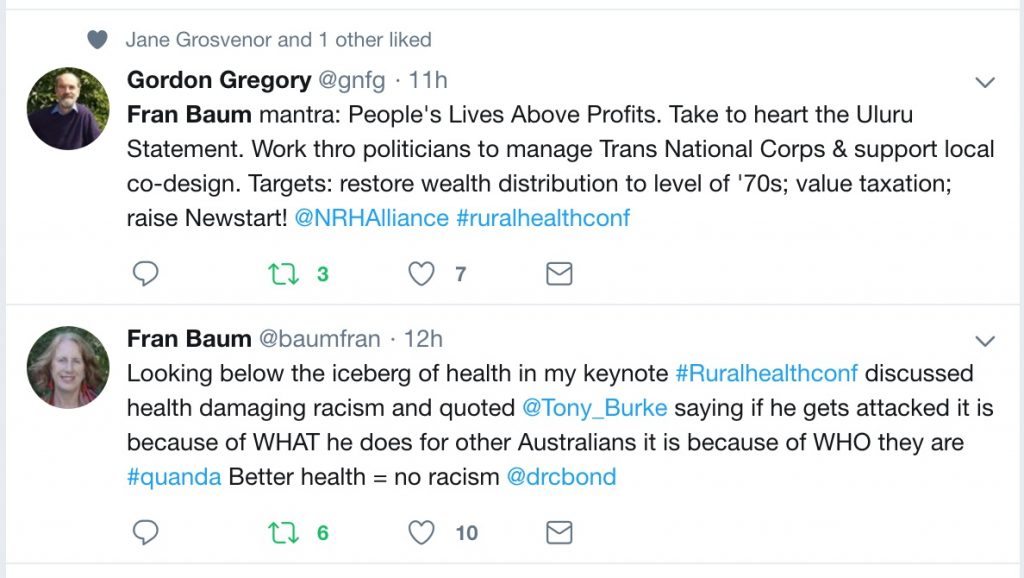 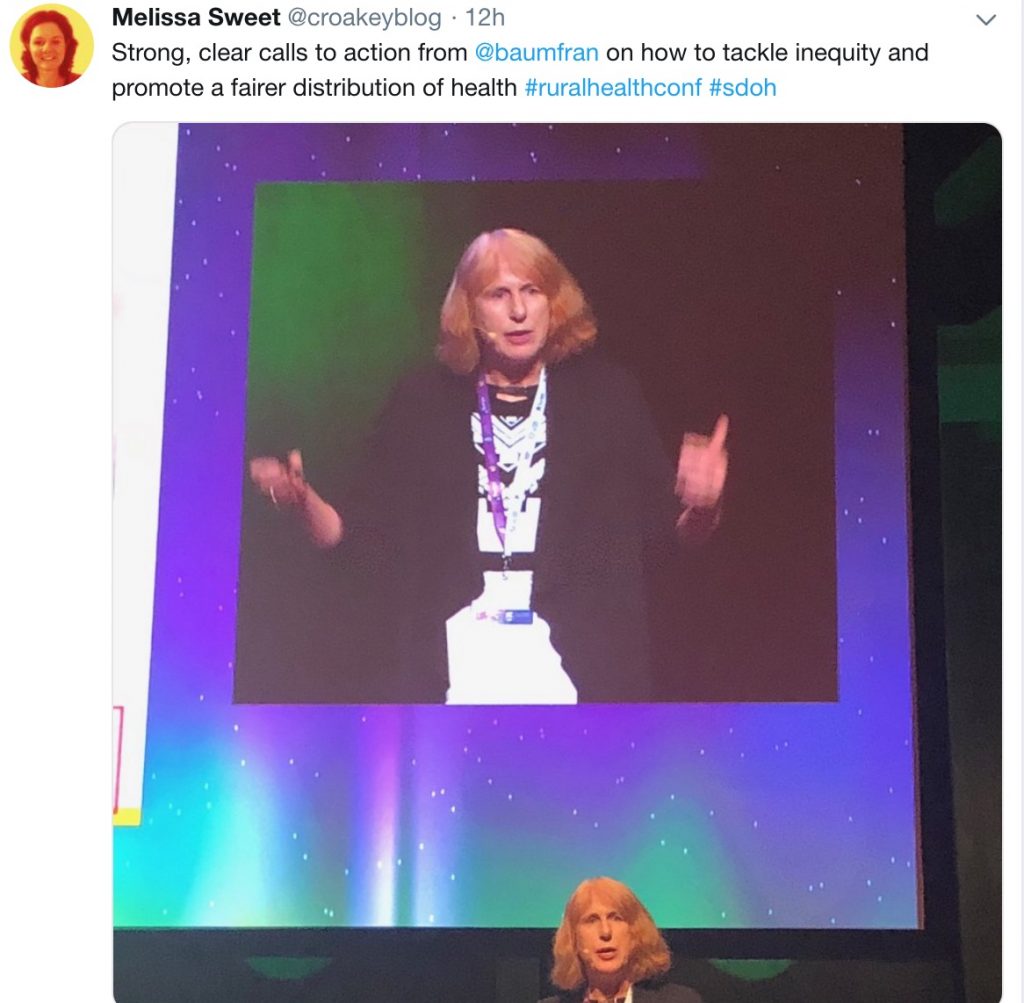 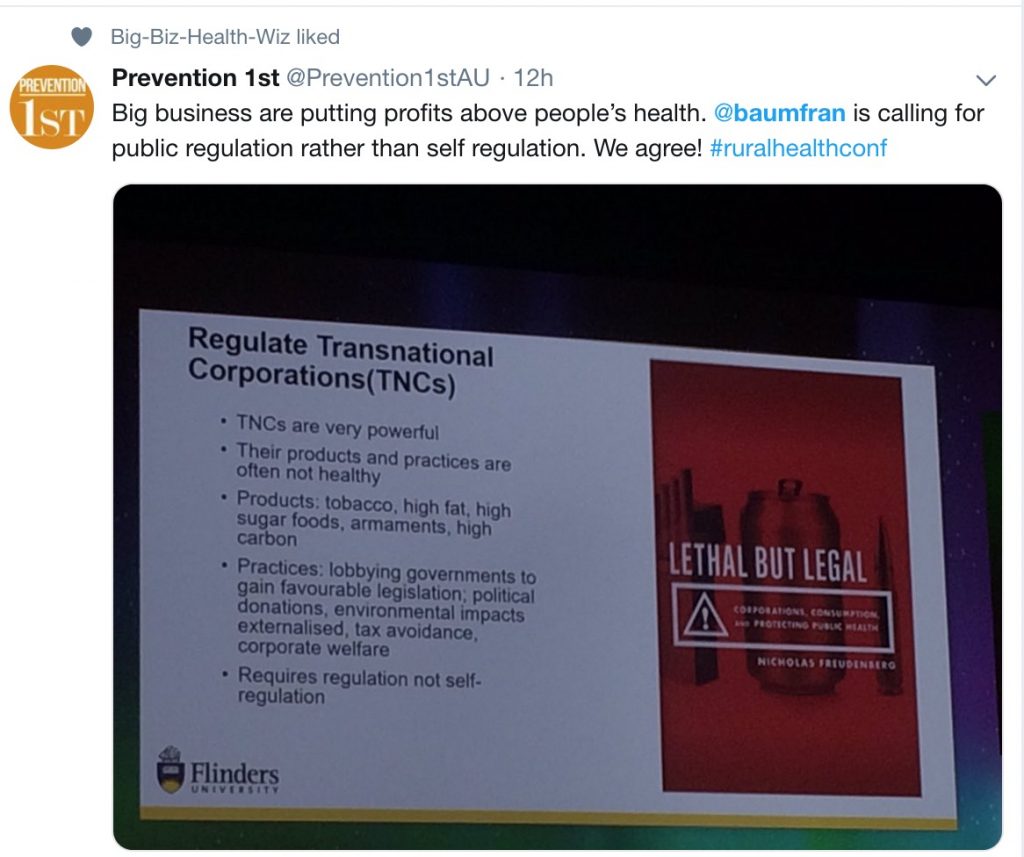 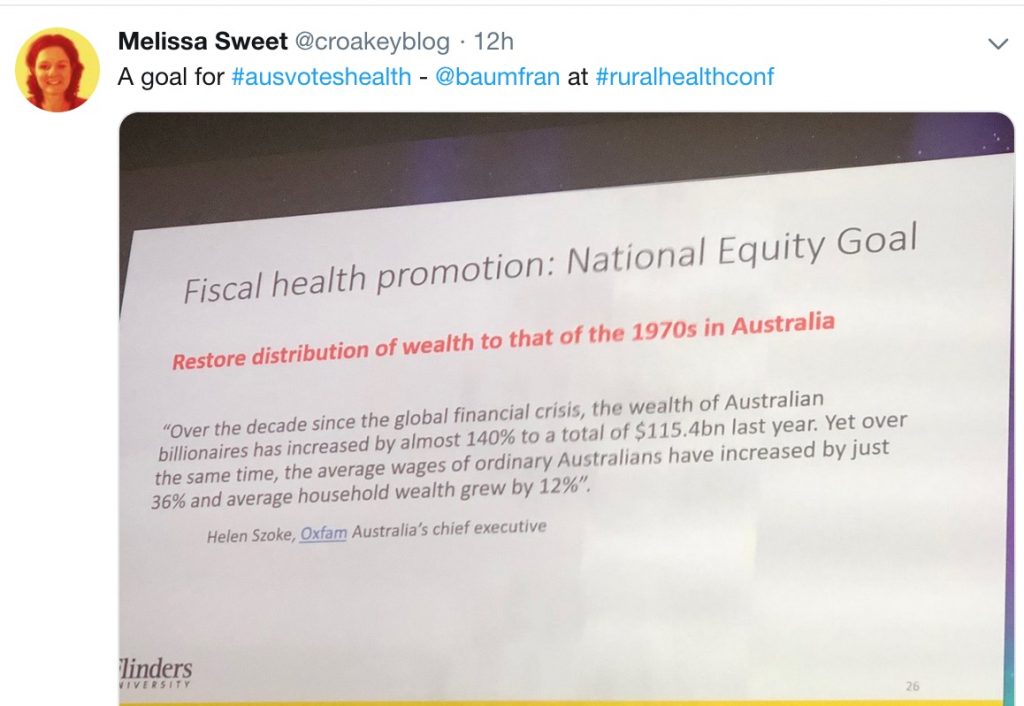 Also from the conference….. 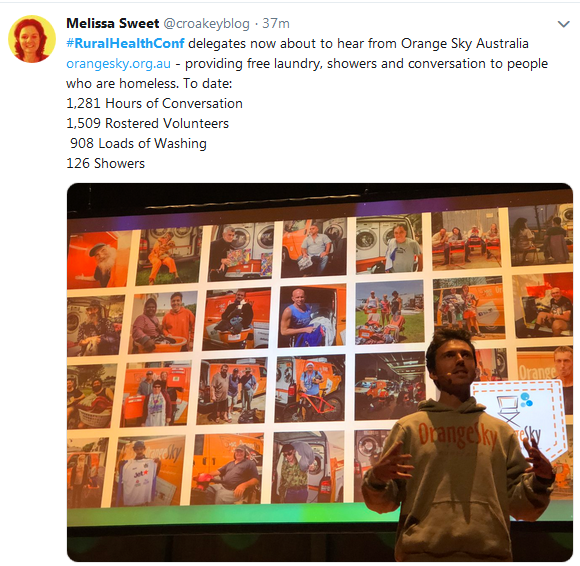 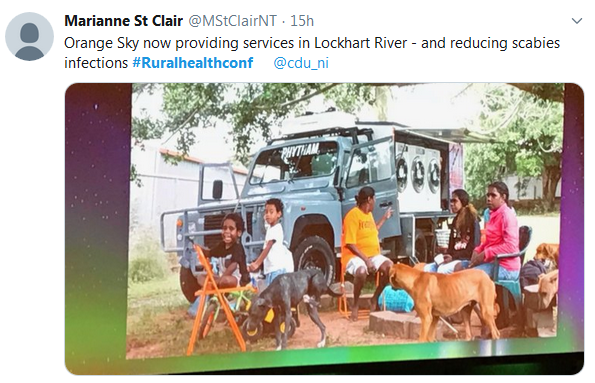 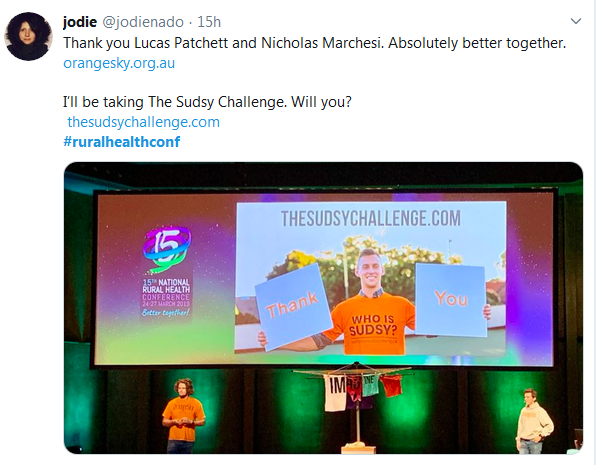 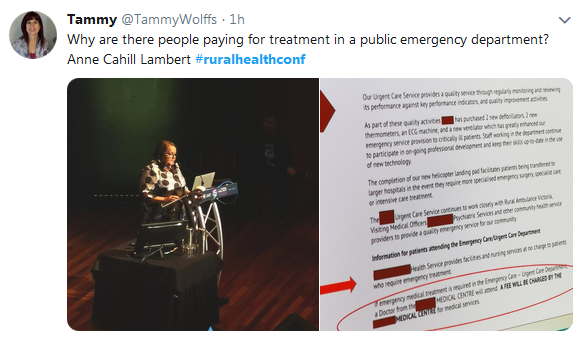 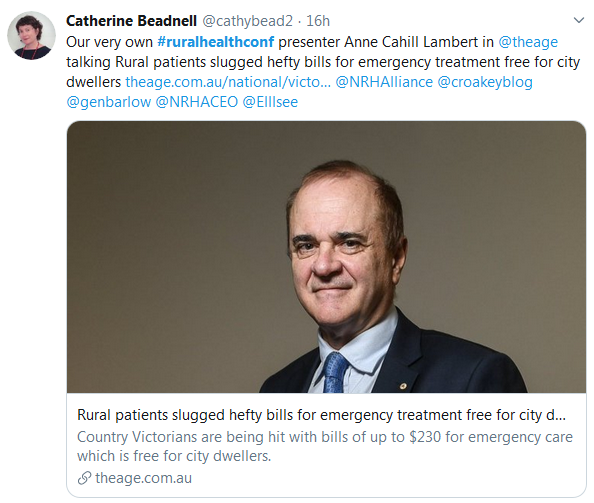 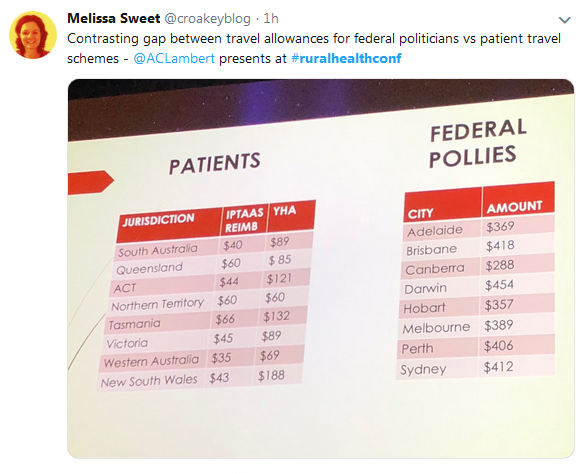 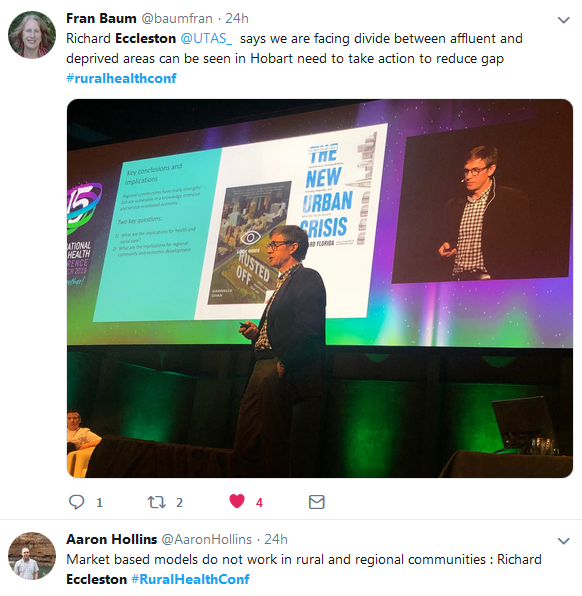 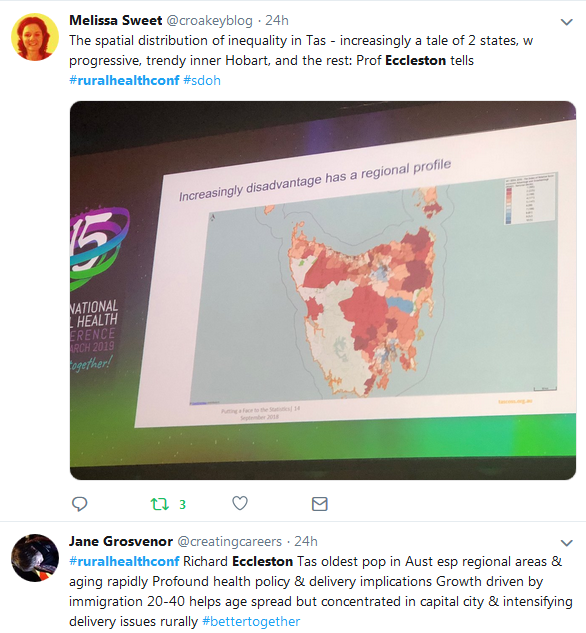 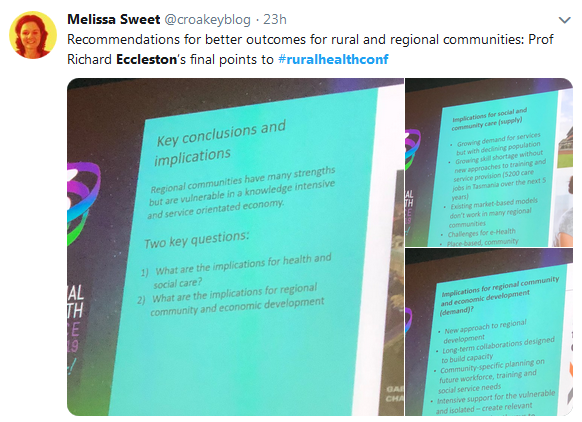 Selfies, snaps and working through 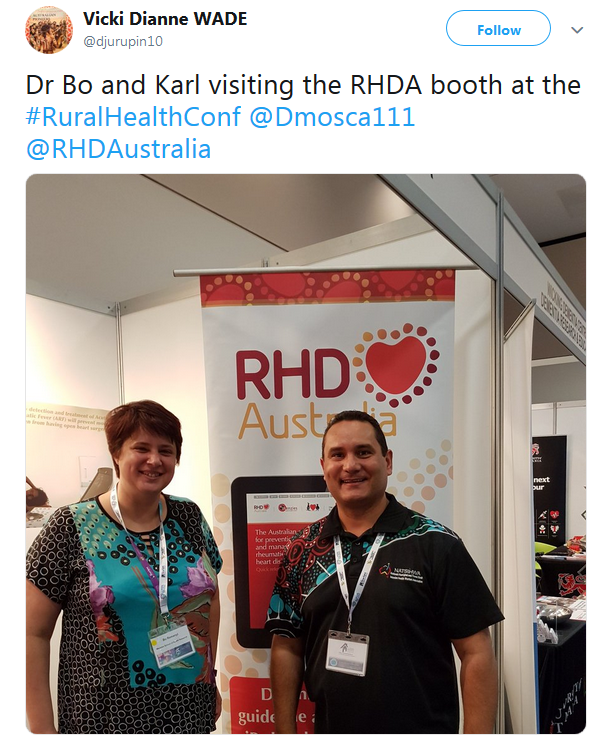 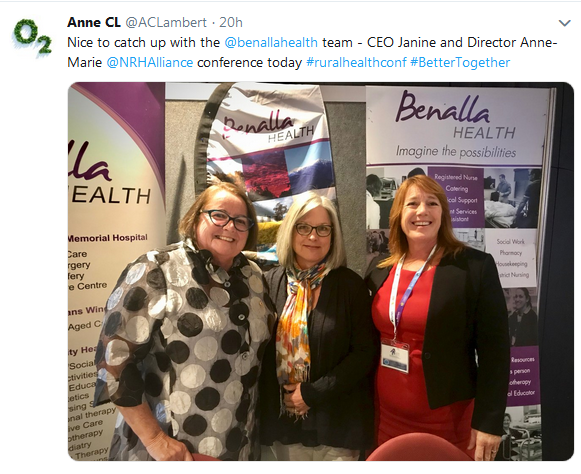 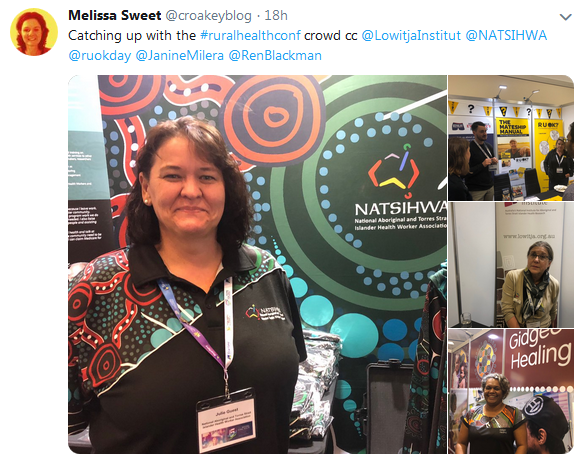 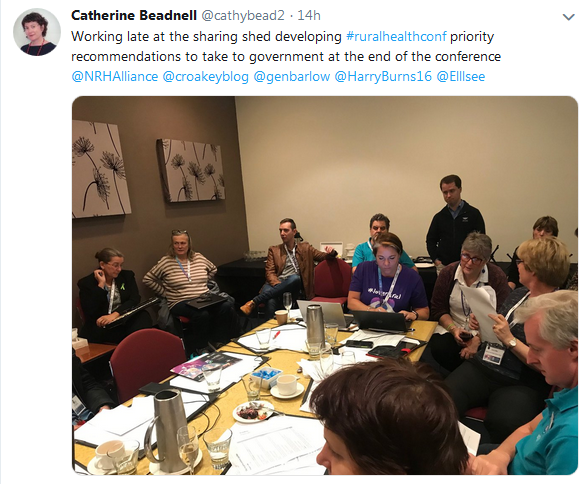 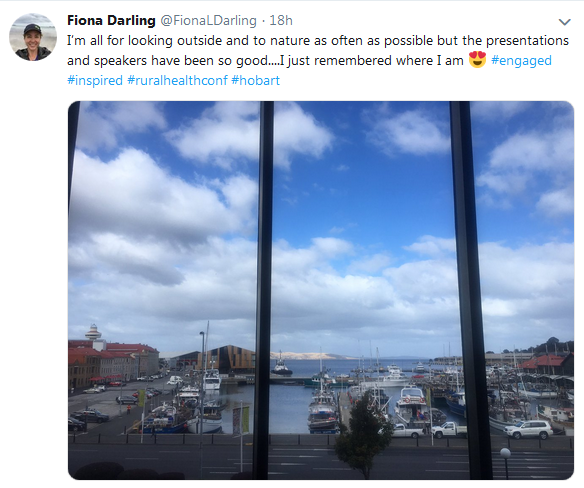 PrevPreviousFederal Budget 2019/20 – Preventive health priorities from the health sector
NextPhysical health should be “routine care” in mental health, including in refugee campsNext