How have we let decision makers avoid accountability on the fact that, on any measure, health outcomes and health access are worse in rural and remote Australia than in the cities?

That’s the question at the heart of an address by Martin Laverty, CEO of the Royal Flying Doctors Service Of Australia at the National Press Club this week.

Laverty says even the rural health sector itself has been “tired into passive acceptance” of the stunning difference in life expectancy and quality of life experienced in metropolitan Australia versus rural and remote communities.

To address that disparity, he outlines some of the key performance indicators (KPIs) that he says the yet-to-be-appointed federal Rural Health Commissioner must meet over the coming five years.

Here are the previous stories:

Watching from Alice Springs is Gene Hildebrand. At work last July he felt chest pains. He was taken to Alice Springs Hospital where Emergency Department Doctor Chris Edwards found Gene having a major heart attack. Drugs could slow the attack, but he needed major surgery, the type of which was only available in Adelaide.

Flying Doctor’s flight nurse Carol Illmayer welcomed Gene at our patient transfer bay at Alice Springs Airport. It was there Gene’s heart stopped. He had his first arrest. Carol, Dr Chris, and pilot Mark Haldene loaded him on board a Pilatus PC12. His heart would stop again. Six times. Six times before take-off.

During three hours flying to Adelaide, Dr Chris and Carol used almost every drug on the aircraft. Defibrillator shocks kept Gene alive. On landing, the ECG report showed Gene’s heart had stopped 54 times. He had been shocked back to life 54 times. Thanks to Dr Chris, Nurse Carol, and Pilot Mark, he was alive on arrival in Adelaide. He’s alive and well in Alice Springs today.

Heart attack rates are higher in the bush than in the city. Heart Foundation research from September this year reveals remote areas in the Northern Territory have the highest rates of hospital admission for heart attack across the nation, at 161 per 10,000  people. In the northern and eastern suburbs of Sydney, there are only 33 per 10,000 people. That’s roughly a fifth the rate of the NT.

Pick a statistic. Any statistic. Health outcomes, and health access is worse in the bush than city.

Social factors – poverty, education, and housing – are key determinants to these disparities.

People in regional and remote Australia see doctors at half the rate of people in the city, medical specialists and dentists at a third the rate, and mental health professionals at a fifth the rate.

Why do we accept these disparities? Why do country people not complain? How have we let decision makers avoid accountability for worse outcomes and less access?

We – the rural health sector – have ourselves become numb to the stunning difference in life expectancy and quality of life between city and bush. We’ve been tired into passive acceptance.

Yet access and outcome disparity can be addressed. Gene Hildebrand’s successful treatment illustrates how.

In the 90s, survival rates from heart attack in country South Australia were 1.7 times worse than in cities. In the decade commencing 2000, an Integrated Cardiovascular Clinical Network was established to work across South and Central Australia. Led by Adelaide cardiologist Philip Tideman, the network supports country doctors and nurses to treat emergency cardiovascular patients earlier by linking country clinicians with Adelaide specialists. Patients receive drug interventions earlier, and are transported to city hospitals sooner.

By better linking and coordination, and with no new money, the mortality difference between city and bush has been equalised. Thirty day survival rates from heart attack across country South Australia are as good as those in metropolitan Adelaide. These findings were published in the Medical Journal of Australia in 2014, and the Integrated Cardiovascular Clinical Network is a blueprint for how access and illness disparities across country Australia can be solved.

How we will measure success for the Rural Health Commissioner? 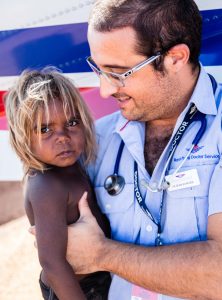 We’ve come here as the Rural Health Alliance to ask governments to ensure better health for country people. We in particular want to ensure the Commonwealth’s Rural Health Commissioner is set up to succeed.

The Government’s first priority for the Rural Health Commissioner is right. The Commissioner will be tasked to enhance training and opportunities for doctors to become more skilled rural generalists. Terrific. This is a good start.

The Commissioner will need to address workforce distribution. Australia’s had a good record in responding to clinician shortages. The task now is to make sure available clinicians get to the right parts of country Australia, when they are needed.

The Commissioner will really need to come to terms with why chronic illness prevention programs so often fail in remote and country areas. The best means of treating illness is to prevent it. Yet there are pockets of country Australia where health prevention has failed.

The Commissioner will also need to lead the agenda on social factors outside the health portfolio that impact illness and injury. An action plan on social factors that determine health was written by the 2013 Senate Inquiry into social determinants. Despite Labor-Greens-Coalition support, that action plan is still yet to be implemented.