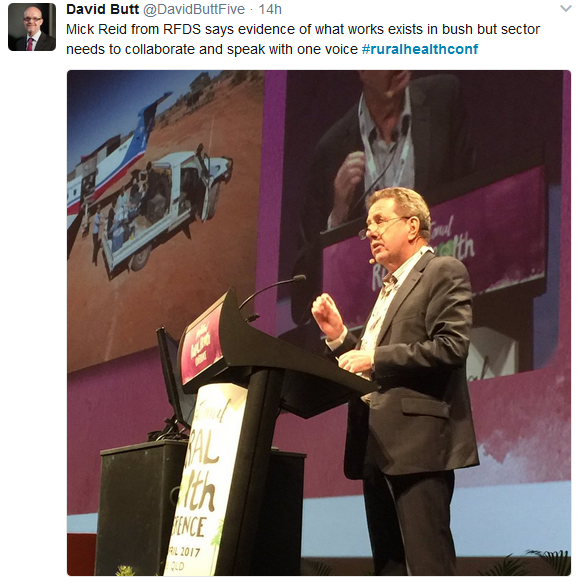 Rural health sector urged to get its evidence together

Leading Australian health administrator Mick Reid laid down a challenge to the rural health sector on Thursday, recommending it establish and self-fund a new entity to address a critical failure in our system to adequately translate evidence into policy and practice.

Journalist Melissa Sweet reports below on his presentation and other highlights from the National Rural Health Conference which she is covering for the Croakey Conference News Service.

You can also watch her interviews with Reid and fellow keynote speaker Dr Lesley Russell below, and view some tweets from the conference.

Progress in rural health is held back by a lack of collaboration across the sector, as well as harmful delays in implementing evidence, according to one of the country’s most senior health administrators.

At the 14th National Rural Health Conference in Cairns this week, Mick Reid called for a new national entity to be established to drive collaboration across the rural health sector and the systematic implementation of evidence.

“My strong message is we do not collaborate enough,” he said.

Reid, Deputy Chair of the Royal Flying Doctor Service, suggested that such an entity could be modelled upon Clinical Excellence Commissions and located within the National Rural Health Alliance.

“I’ve been around the health system quite a while,” he said. “There are two characteristics of rural health which really need to be addressed if we are to go forward.

“One is, there is very poor collaboration between multiple agencies. The other thing which occurs, which is not specific to rural health but it is much more obvious in rural health – the application of evidence does not occur to the degree it should.”

Failures to translate evidence on the ground

Reid cited several examples of failures to translate clinical and public health evidence into practice and policies that could have saved lives and improved the health of people living in rural and remote areas.

One example was the lack of systematic national implementation of an initiative  proven to be successful in reducing deaths among people admitted to rural hospitals after a heart attack in South Australia.

According to a 2014 report in the Medical Journal of Australia, an Integrated Cardiovascular Clinical Network was implemented from 2001 in rural South Australia to address disparities in outcomes for heart attack patients admitted to rural hospitals compared with those treated in metropolitan hospitals.

The network supported enhanced local risk assessment, standardised evidence-based treatment protocols, rapid access to an on-call cardiologist, and the urgent transfer of higher risk patients to metropolitan hospitals, as well as patient education. By 2008, this service was available to all 66 rural hospitals in SA.

The authors concluded that these “interventions closed the gap in mortality between rural and metropolitan patients in South Australia”, and suggested the approach could be useful in other “geographically challenged regions of Australia”.

Reid questioned why this approach was then not immediately implemented across Australia, and said the proposed new Rural Health Excellence Network could drive the translation and implementation of such evidence.

Invest in the evidence, and community control

But rather than asking for government seed funding for the new entity, he said the rural health sector should invest in its establishment, given the importance of community control for sustainability of such initiatives.

“We’ve had a history of things seed funded by the government,” he said. “The funding doesn’t continue and the innovation dies.

“If we try to make this an initiative of the communities of interest who work in rural Australia, I suspect it would have far greater benefits and longevity.”

Reid said many organisations operated in silos, pursuing their own agendas and resisting collaboration, contributing to fragmentation, waste and duplication. He included his own organisation, the RFDS, in this critique. He told the conference:

“Every serious health leader here knows we can do more with less.”

Reid also urged the rural health sector to do a better job of communicating to politicians, providing simple messages with clear calls to action. “I don’t think we’ve made it easy for governments to hear our voice,” he said. 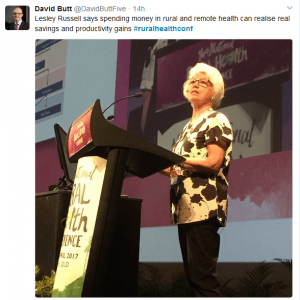 Dr Lesley Russell, an Adjunct Associate Professor at the Menzies Centre for Health Policy at the University of Sydney and another keynote speaker at the conference, said she was a “big supporter” of the proposal because “we do not make the best use of the evidence that we already have”. She said:

“The basement of the Department of Health must be full of reports, evaluations, commissioned studies that people have forgotten about.”

“That means there is a lot of data, a lot of wisdom, a lot of learnings about what works and perhaps more particularly about what doesn’t work that we could be utilising every day to make rural and remote health better, and get better bang for the buck.”

The proposed entity could make the evidence accessible to a range of stakeholders beyond healthcare groups, including schools, local governments and community organisations, she suggested.

Russell also called for analysis of the economic impacts of spending on community health services, suggesting that Australian governments did not appreciate the multiplier effect of investing in healthcare for local economies.

Spending on rural and remote health was a wise use of government resources because it focused on what the market was unable to do, she said.

The NRHA response to Reid’s proposal will be included in a coming article about the conference recommendations.

Watch these Croakey interviews with Mick Reid and Lesley Russell

Mick Reid calls for better implementation of evidence #ruralhealthconf
Dr Lesley Russell: make better use of the evidence we have 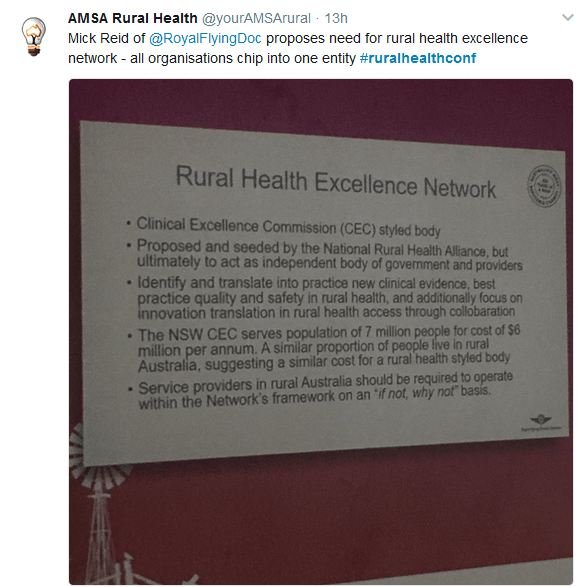 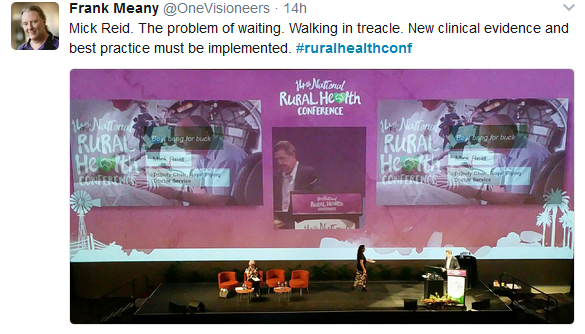 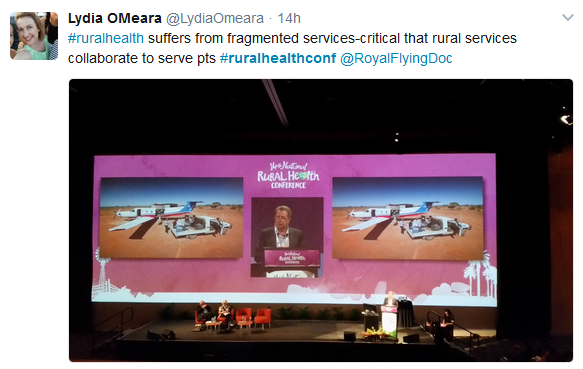 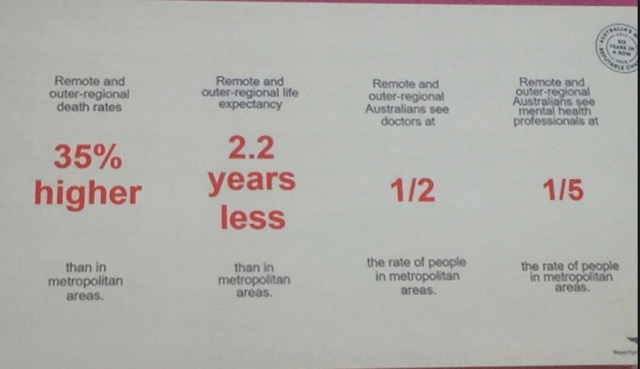 From the plenary and other sessions 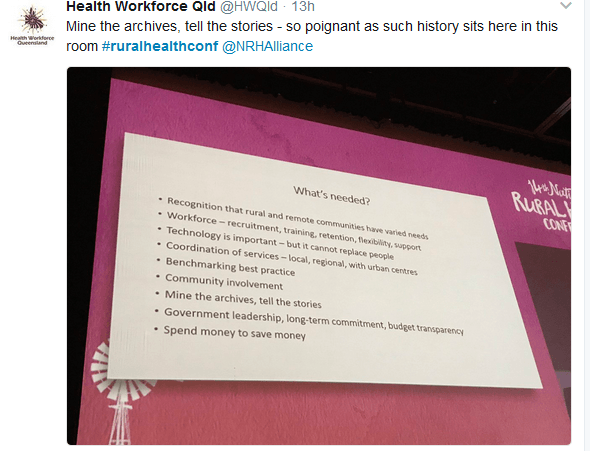 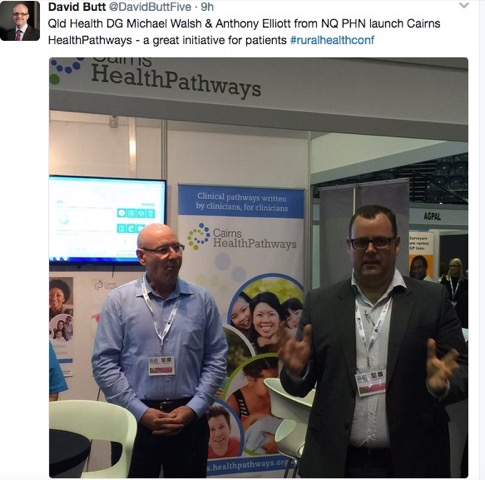 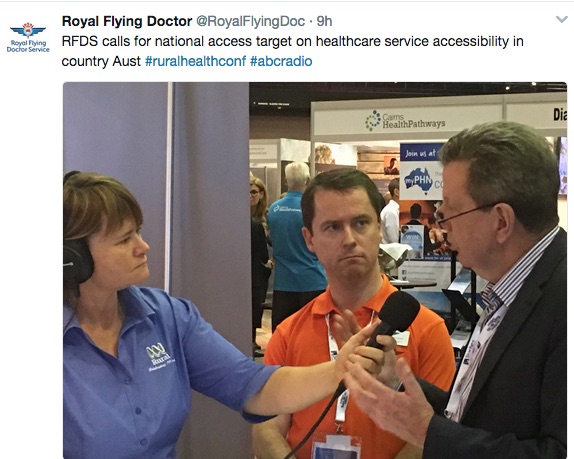 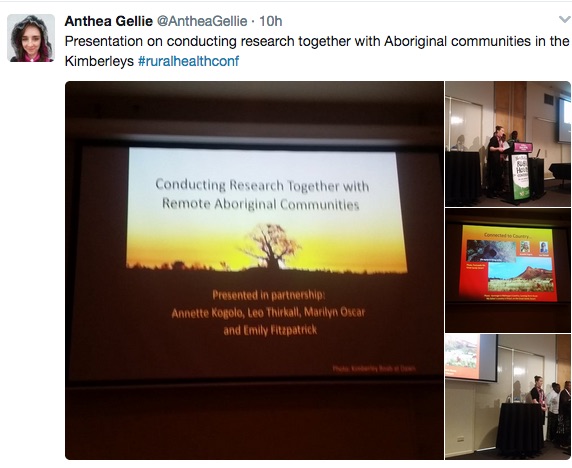 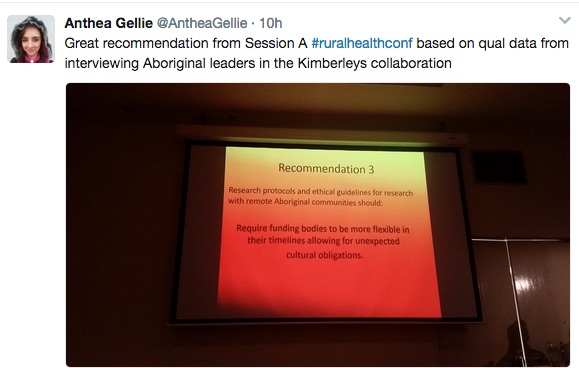 In her presentation, Professor Lesley Barclay from Sydney University’s Centre for Rural Health looked at what have we learned from the Australian Rural Birth Index study. You can also listen to a Radio National interview with her on her concerns. 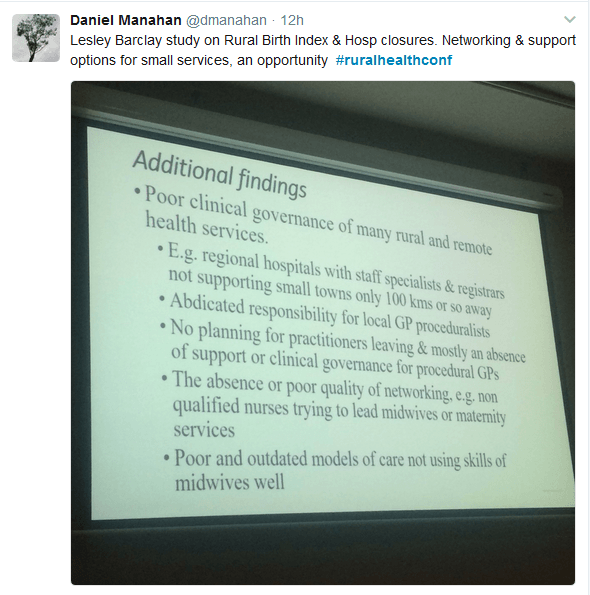 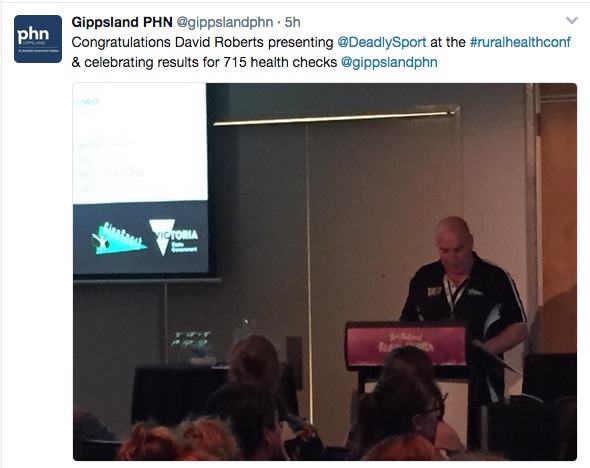 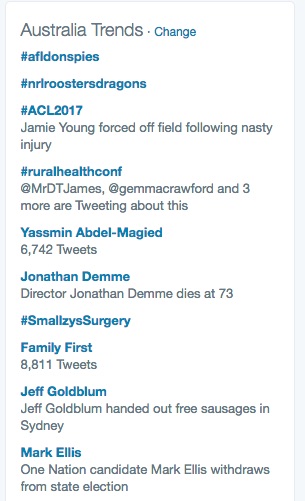