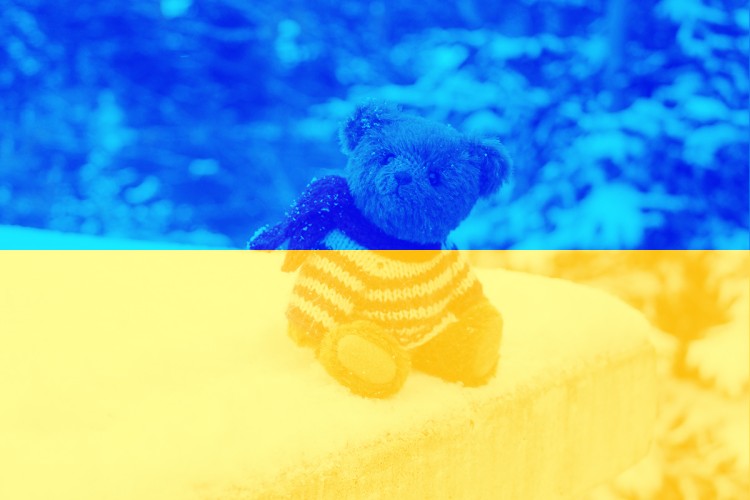 Introduction by Croakey: Amongst the many horrors of Russia’s war on Ukraine is the terrible toll on children, who are dying, and being wounded and orphaned, missing out on healthcare and education, and being separated from their families, homes and communities.

Indeed, the crisis is causing a massive child protection crisis due to the large numbers of children fleeing their country and being internally displaced, often without family supports, according to University of Newcastle academics Associate Professor Amy Maguire and Dr Donna McNamara.

Their article below, first published in The Conversation, is followed by tweets and articles by the World Health Organization and United Nations Refugee Agency, indicating the extent of the world’s crises affecting children – and not only in Ukraine. As well as other wars and conflicts, climate change is a culprit.

Russia’s war on Ukraine is driving some of the most rapid movement of refugees ever seen. Its invasion and increasingly intense bombardment is generating a dire humanitarian crisis. Over three million people have fled across borders to Poland and other surrounding countries since February 24.

Ukraine has accused Russia of blocking and bombarding a humanitarian escape corridor. It also claims Russia is holding 400 patients and staff hostage in a Mariupol hospital.

The scale of the exodus from Ukraine would be even greater if its government had not banned the departure of men aged 18-60.

I (Maguire) wrote about this ban earlier this month, noting it violates the right of conscientious objection to military service. It places Ukrainian women, many fleeing with children, under great strain. It also raises important strategic questions for Ukraine’s self-defence.

Since my earlier article, I have heard from two men in Ukraine who feel trapped by the ban and do not want to fight. One reports he is trapped between the approaching Russian army and the Ukrainian border service.

Another says he is hiding with relatives who are buying food for him. By order of the Lviv mayor, he says he is required to report for military service, but he cannot imagine using a weapon against another person. He says very few men are excused from service – only those with three or more children or severe health conditions.

I have also heard from three men who fear for their partners – gay men unable to flee Ukraine. These correspondents have asked me what organisations can help their partners to escape, because they fear persecution as Russian forces advance.

The UN Refugee Agency estimates four million people could flee Ukraine. But millions more are already displaced internally, and the western regions of the country are being overwhelmed.

One of my correspondents describes the situation in a small town near Lviv:

Ukraine’s current border policy is a major contributor to an ongoing humanitarian catastrophe. Millions of people are fleeing into west Ukrainian regions that are still relatively safe, but those regions simply can’t accommodate every fleeing person. The housing and other basic needs are getting less affordable and accessible, tents are now being erected to house people in Lviv, and the situation might only worsen, as Russian occupation of the country progresses and more people are displaced.”

This man told me many families, including his own, do not want to separate and leave service-age men behind.

International human rights and humanitarian law confirm the right of all families – as the natural group units of society – to unity.

The ban on men leaving Ukraine should be lifted. But even if more people could escape from Ukraine, many will remain trapped and subject to humanitarian and rights violations resulting from Russia’s aggression.

As the fighting rages, Ukrainian children are particularly vulnerable.

There are 7.5 million children among Ukraine’s population of 44 million. Over 1.5 million children are among those who have fled across national borders – almost one new child refugee every second. As the departure ban on men aged 18-60 persists, the vast majority of children are travelling with their mothers, many of whom fear this separation will be permanent.

The number of separated child refugees without any family support also continues to rise in what has been termed an “escalating child protection crisis”. There are significant concerns for the safety of these children. In the absence of any family support, they are at a heightened risk of threats including homelessness, violence, abuse, sexual exploitation and human trafficking.

There are also serious and immediate concerns for the safety and well-being of the children who remain in Ukraine. The recent bombing of a children’s and maternity hospital in Mariupol serves as one of the most shocking and brutal examples of Russia’s war crimes against vulnerable people, including pregnant women and newborn babies.

Read more: Remembering the past, looking to the future: how the war in Ukraine is changing Europe

Reports also suggest access to aid and evacuation corridors has been cut off. This has left millions of people without basic supplies including medicine, power and communication. Children have been unable to enjoy their right to education as schools and kindergarten buildings come under attack.

Children with disabilities are particularly vulnerable. A significant number live in residential care facilities and may be unable to flee due to their health conditions. Ukraine has an extensive network of institutional care settings, with an estimated 1.3% of all children living in out-of-home care – one of the highest rates in Europe.

As civilian buildings and infrastructure such as apartments, hospitals and schools come under increased attack, many Ukrainians are forced to seek shelter, often for hours on end, in nearby bomb shelters. The right of access to safety and shelter may not be available for those with disabilities who cannot relocate easily or quickly. Many shelters are also inaccessible to people with physical disabilities, and information on emergency evacuation protocols is not available in accessible formats.

The human rights implications of the war are incalculable, especially for children and vulnerable people. Children have the right to live with their families, the right to shelter, to be educated, to receive adequate health care and to be free from all forms of violence and abuse. The scale of the war and the atrocities inflicted by Russia will have a lifelong impact on all Ukrainian people, not least on the most vulnerable.

Read the story below, an interview with Jarno Habicht has worked with the World Health Organization for the last 19 years and served as WHO Representative in Ukraine since 2018. 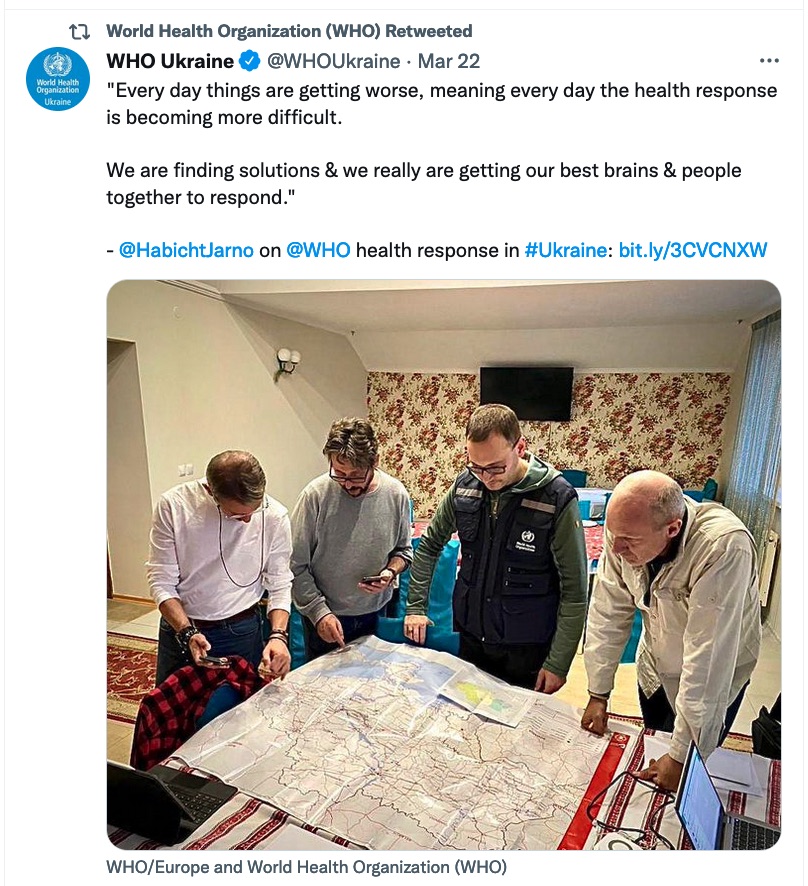 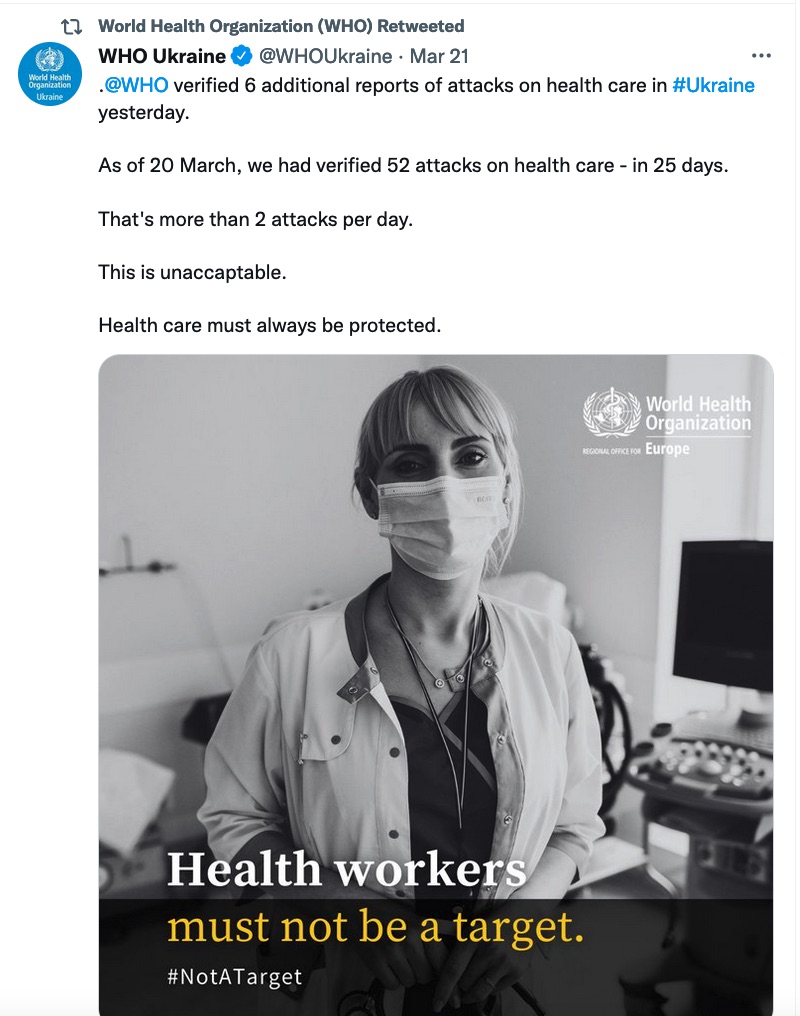 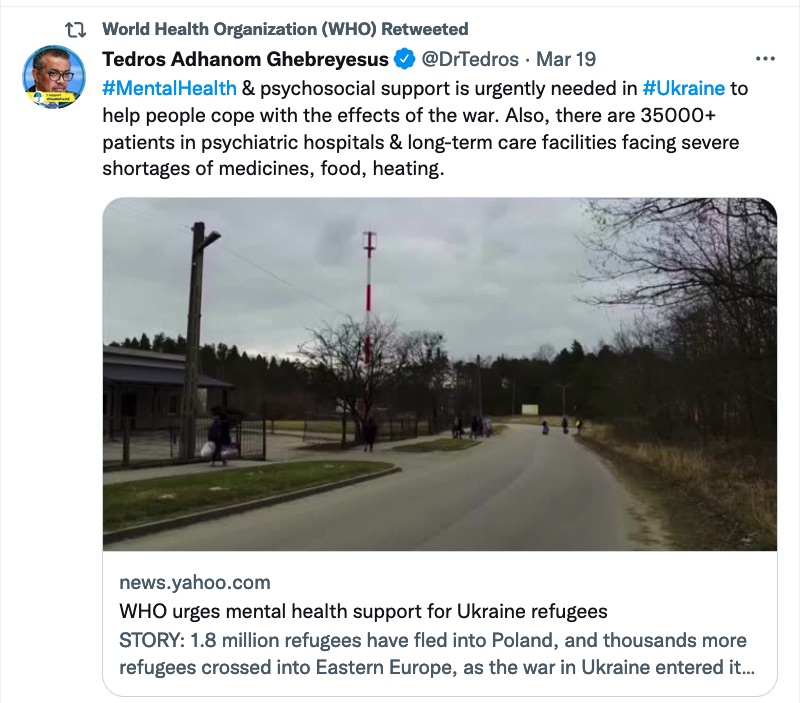 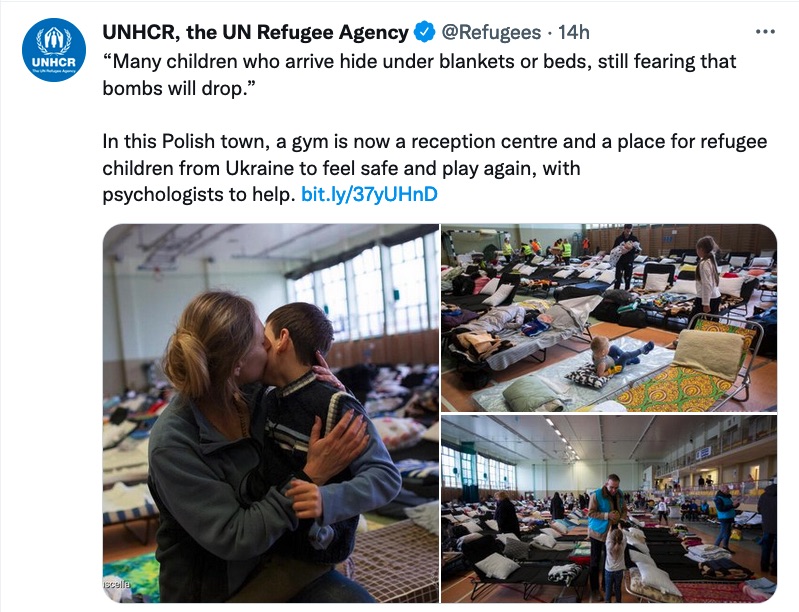 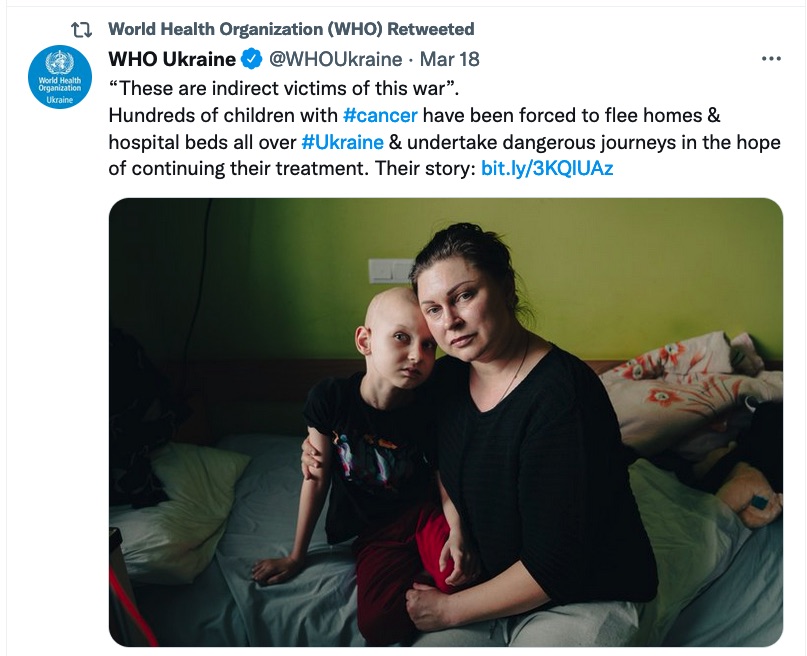 The WHO and United Nations Refugee Agency have also been highlighting the plight of millions of children affected by other conflicts and wars, as well as climate change. 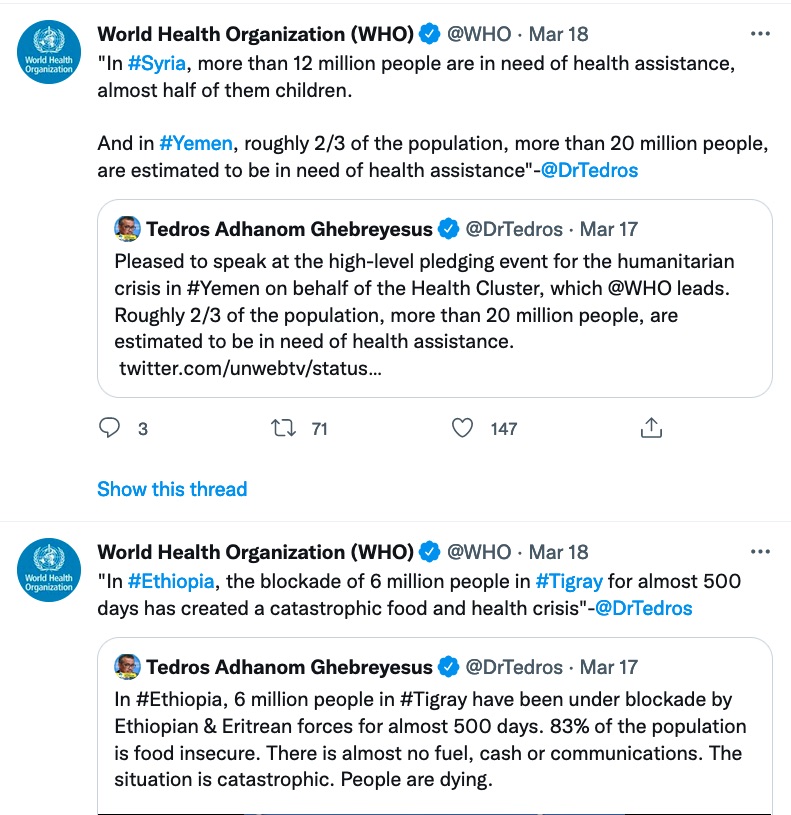 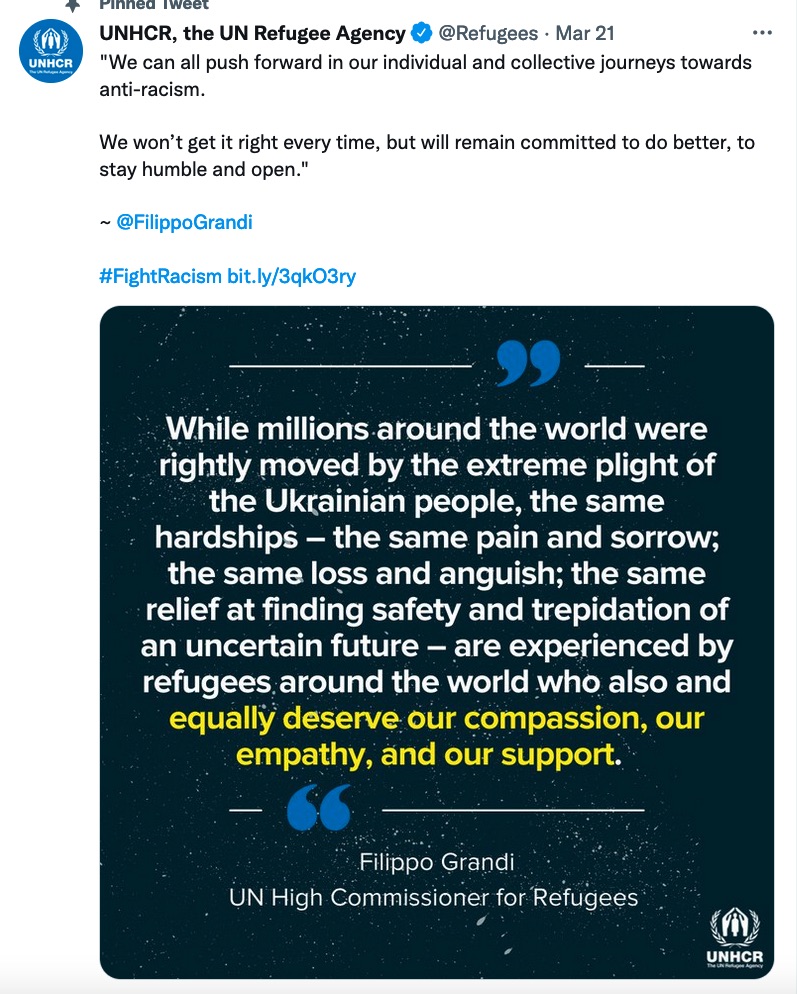 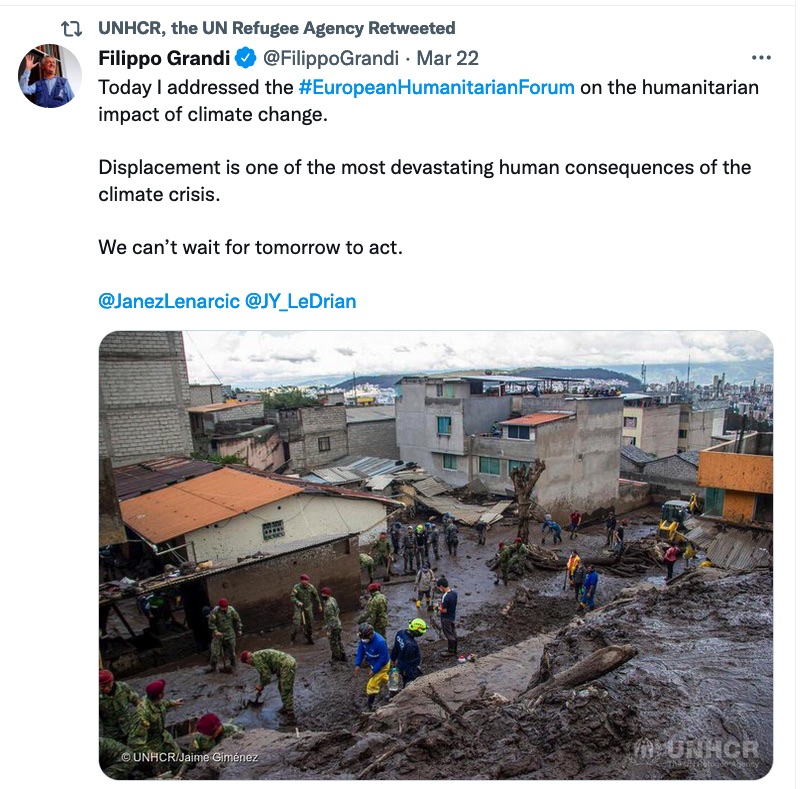 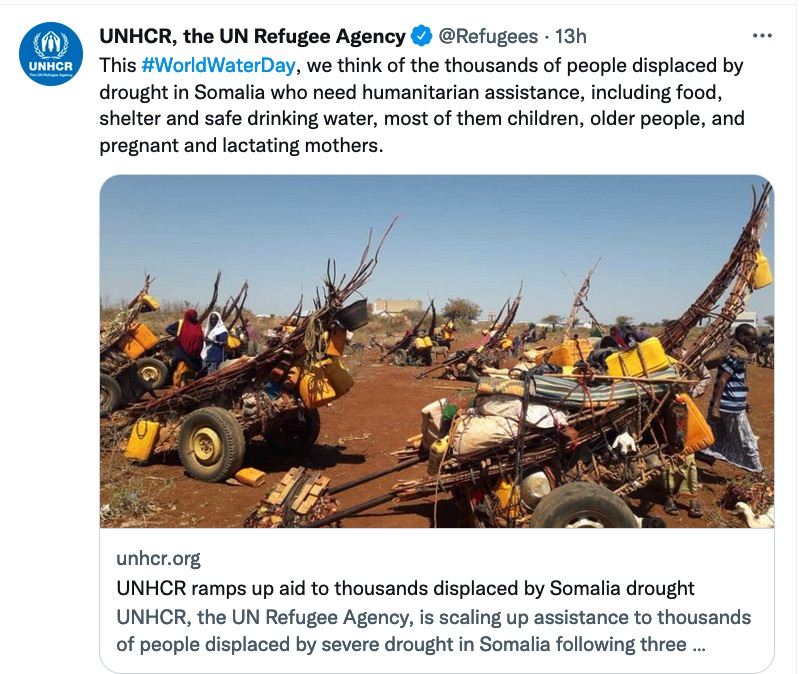 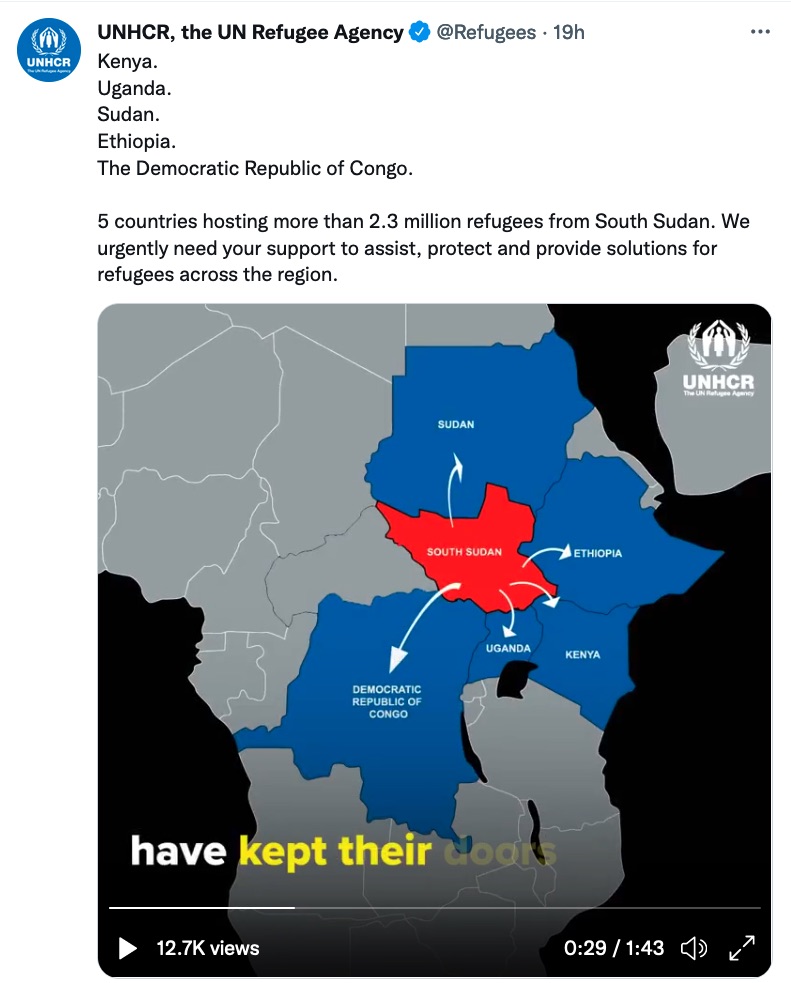 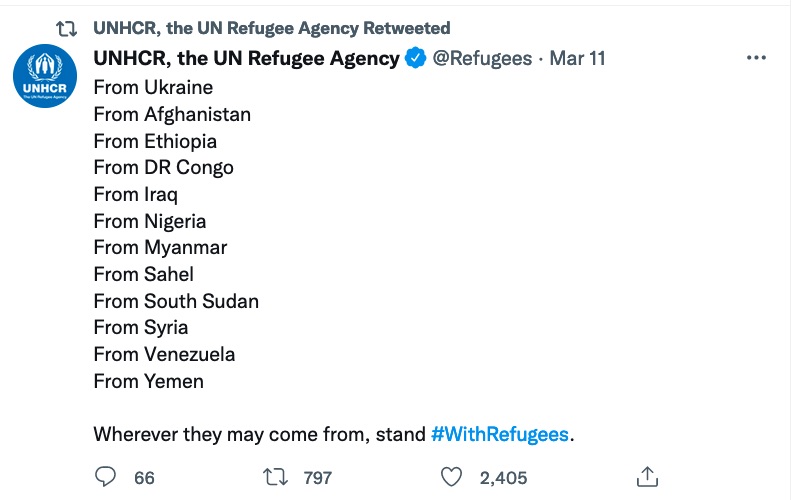 Read Croakey’s previous coverage of the Ukraine war and health.