SA election: ‘we want to control health costs but we’ll keep feeding that beast that fuels them’ 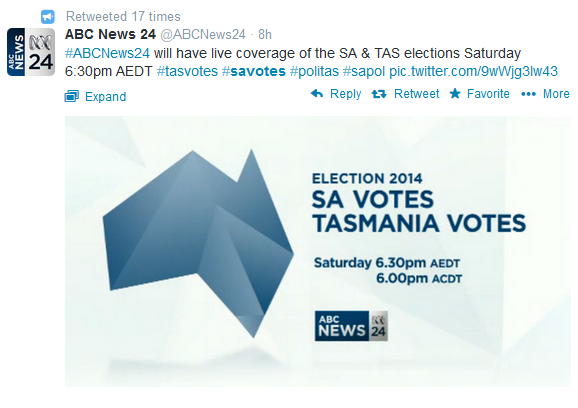 South Australia goes to the polls this Saturday, with expectations that Labor will lose office after 12 years in government. In the post below, Professor Fran Baum, professor of public health from Flinders University, looks back at Labor’s record and what the parties are saying now on health. And she sets three big challenges for whoever will take on the health ministry after this weekend.

South Australia goes to the polls this Saturday 15 March and a change of government looks very likely. Health hasn’t featured greatly in the campaign. The main issue has been about what should happen to the site of the existing Royal Adelaide Hospital (RAH) when the new site opens in mid-2016. Labor is suggesting a high school and the Liberals a private health service precinct.

What record in health does Labor take to the election after 12 years in government? Well they started the 12 years very well. Lea Stevens as Health Minister commissioned John Menadue to undertake a Generational Health Review.

This review stressed the importance of taking action for health equity and the need to strengthen the primary health care and public health sectors in order to both improve effectiveness and quality of care and control costs. In the 1970s South Australia had developed a model of primary health care in its community health centres that was recognised internationally as being innovative, effective and efficient.

One example was the Noarlunga Health Village which provided good multi-disciplinary care which focused on keeping people well and preventing disease progression, including support groups, promotion of community development activities and advocacy on health issues through its Healthy Cities Initiative. It was also well-placed to work closely with local community services, local government and other state government agencies. It was these services that the Generational Health Review suggested be extended and strengthened.

Unfortunately the GHR recommendations were not enacted. The past decade has seen a progressive roll-back of those cutting edge community health centres and much of the health promotion work. First, some of the community health centres were converted to GP Plus centres which began to undermine the broader mandate of the services work with other sectors and the community. Then last year recommendations of a remarkably unevidenced-based review by Warren McCann were implemented, putting the last nails in the community health centres and moving primary health care from a vibrant innovative sector to that of “intermediate care”, demoralising and disheartening its workforce. Finally, the health promotion branch of SA Health has been abolished and many of its functions defunded. The rump of the unit is in the Public Health section of the Department but with fewer resources and less ability to promote health in order to contain demand for hospital services.

The McCann cuts were justified by the “burgeoning health budget” and a health funding crisis. Yet last year the Health Minister Jack Snelling was able to give salaried medical specialist pay increases of around 9 per cent. Of course any health minister can be seen to be doing well politically if in the short term they keep powerful groups like the doctors happy. A really tough health minister would instead stand up to these powerful interests and point out that the health sector is suffering a funding crisis and that pay increases have to reflect the community norm (that is, based on CPI). In the longer term (unfortunately beyond the electoral cycle) it is by controlling and containing the curative health care system beast that cost savings will be made.

The Labor Government has also put all its research focus into the South Australian Health and Medical Research Institute (SAHMRI) whose new building on the banks of the Torrens has truly achieved cargo cult status. This investment has also robbed public health groups around the city of research funding that has been pulled into the vortex of the SAHMRI and its bio-medical agenda. No room for the social determinants of health research there.

Looking at the suite of Labor’s policies in this campaign, the strong points for social determinants of health are its attention to supporting children in the first years of life through Children’s Centres and a Strong Start program for children from disadvantaged backgrounds, as well as the climate change strategy that will continue investment in renewable energy and a plan to expand public transport. All these initiatives will be good for health.  However the plans for health care are all about expanding the provision of curative services, increasing the numbers of doctors and nurses rather than focusing on keeping people well and supporting strong community health strategies to strengthen communities.

What of the Liberals’ policy? Steven Marshall (the Leader of the Opposition) has publicly spoken of the importance of health promotion and community health. It looks likely that Labor’s initiative Health in All Policies will be embraced by a Liberal Government.

This is a systematic way for the health sector to work with other sectors to assess health impacts (for instance of agricultural on diet, transport on encouraging exercise, urban planning on creating social and exercise friendly suburbs, and the importance of local government to promoting health locally) and then work with them to encourage policies which are both good for the particular sector and also good for health.

On the other hand, they have also shown a desire to encourage the private health care provision sector which has significant risks for equity. The current Opposition health spokesman Rob Lucas talks of devolving some decision-making to local boards, reviewing government support for health medical research, and exploring the establishment of a fund to commercialise medical advances.

So what are the tasks for an incoming state health minister focused on the health of South Australians?

Imagine if we did these things. We might be the first jurisdiction in the world to start containing health care costs while improving the health of the population and making health more equitably distributed. That would be something worth boasting about!

Fran Baum is Director of the Southgate Institute of Health, Society and Equity at Flinders University