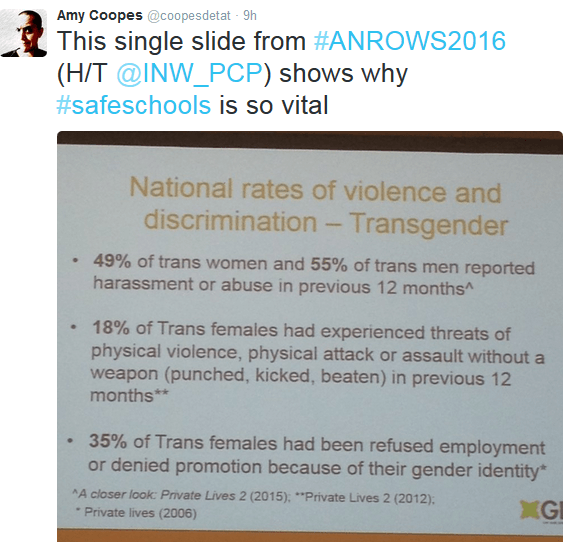 Shocking levels of violence and abuse that are experienced by lesbian, bisexual and transgender women were detailed on Wednesday at the inaugural National Research Conference on Violence against Women and Children being hosted in Melbourne by Australia’s National Research Organisation for Women’s Safety (ANROWS).

One of the presentation slides detailed some of the family-related homophobic abuse experienced by two 19 year olds:

“My father and stepmother believed I wouldn’t be gay if they knocked it out of me, quite literally used to slam my head against the wall, gave me a headache, but I’m still gay.”

“I got 3 broken ribs, a broken collar bone, a punctured lung, my jaw broken in 2 different places and 7 of my teeth got punched out when my father found out I was a homosexual.”

They are statistics and experiences that should be topmost in mind for the Federal Government’s alarming review of the Safe Schools program and are a strong rebuke to conservative MPs questioning the need for tolerance in our schools.

Annie Blatchford, who is covering #ANROWS2016 for the Croakey Conference News Service, reports below on the levels of violence faced by the Lesbian, Gay, Bisexual, Transgender and Intersex (LGBTI) community and growing concerns that these risks are exacerbated when issues like Safe Schools and marriage equality are politicised, such as with the insistence of Prime Minister Malcolm Turnbull to put the same sex marriage proposal to a highly contested plebiscite. 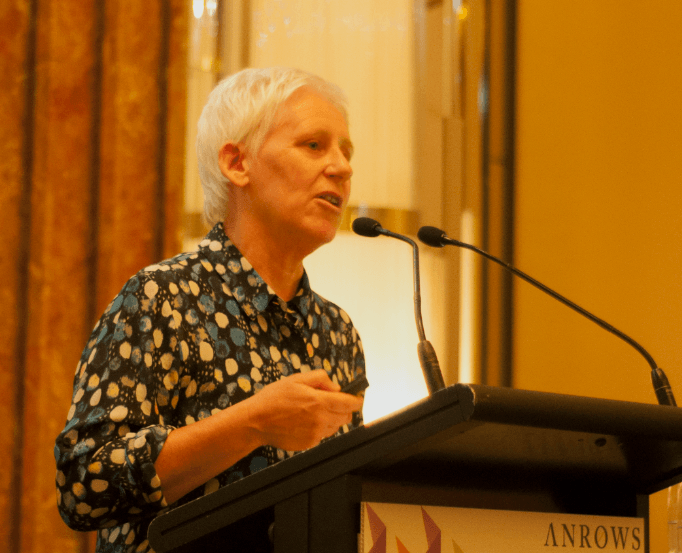 La Trobe University Senior Research Fellow Dr Philomena Horsley (photographed above, by Olivia Blackburn) became visibly upset during her presentation at the conference when she addressed the Federal Government’s decision to review the Safe Schools program in the wake of right wing backbencher complaints that it was a “radical” program of indoctrination.

She urged those attending to write to their MPs in defence of the program and commended Victorian Premier Daniel Andrews for his intervention: see full text below. 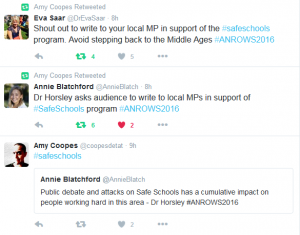 Dr Horsley said that the people involved with the Safe Schools program, which aims to create inclusive school environments, had been receiving threatening emails for two weeks. She said the situation is a reminder of the cumulative effect and often difficult lived experiences of the individuals who work to create change in this area.

She was reporting to the conference on her research which focuses on the abuse and violence experienced by lesbian, bisexual and transgender girls and women and where the gaps in research lie.

These cumulative experiences of violence lead to higher rates of alcohol and drug use, smoking, psychological distress, suicidality and poor health among lesbian, bisexual and transgender women, she said. 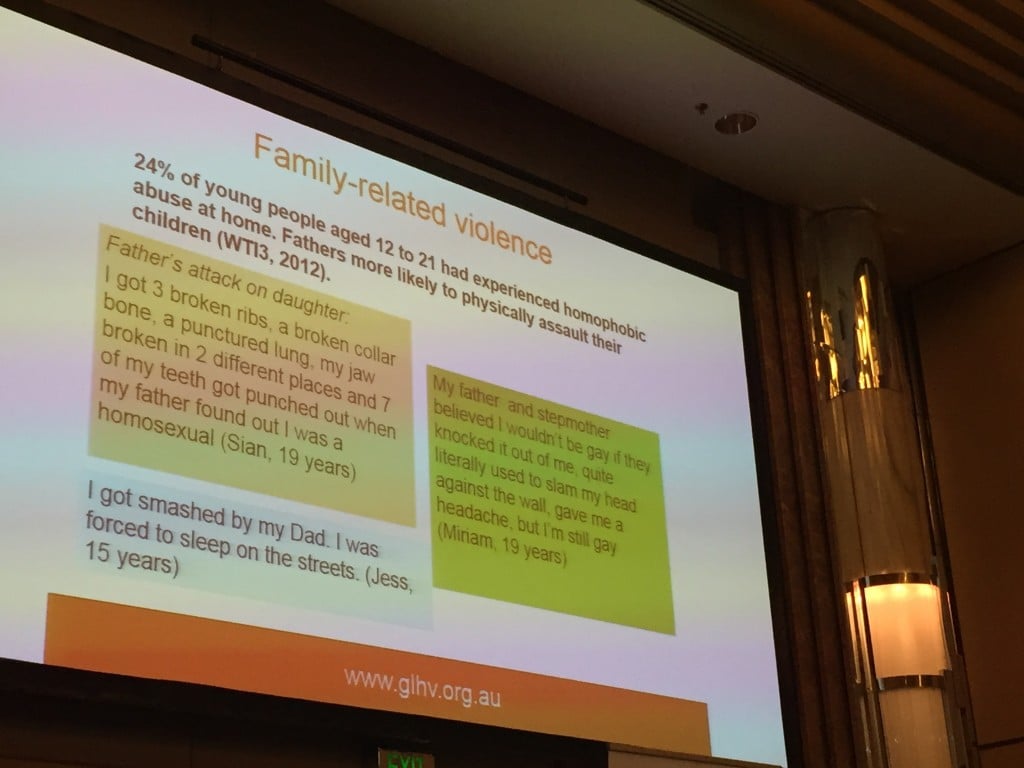 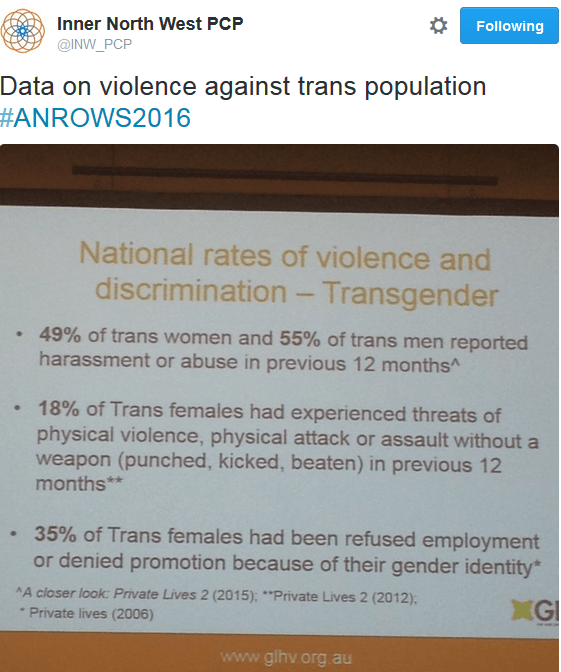 Dr Horsley also spoke about violence in the broader community, including the workplace where 10 per cent of gay, lesbian and bisexual Australians report being discriminated against.

The upcoming same-sex marriage plebiscite is yet another example of how public and workplace violence will be exacerbated, she added.

However, she sees hope ahead. Dr Horsley is a trainer at Gay and Lesbian Health Victoria (GLHV), which received government funding to deliver diversity training to the aged and community care sector. In that role, she said she had seen gathering public momentum which will hopefully embed systematic change in the future. As an example, there is progress on the way on the historic criminality of homosexuality, which is still a burning issue for many gay men, with the Victorian Government planning to issue a state apology. 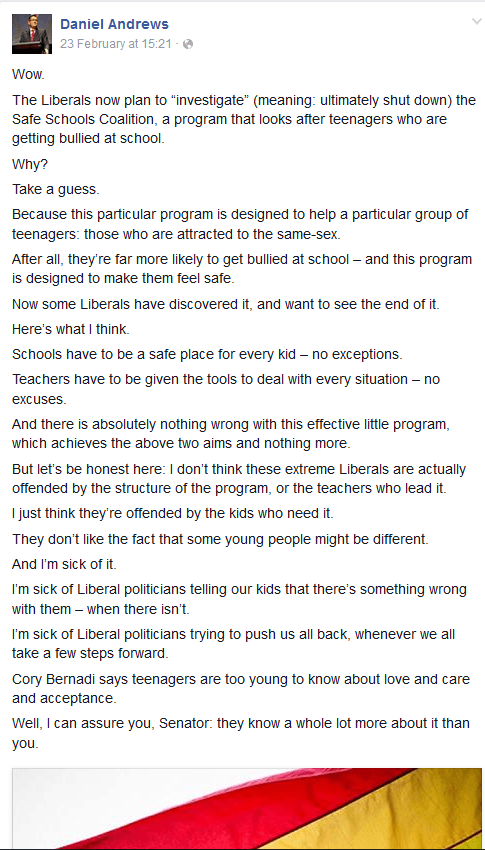 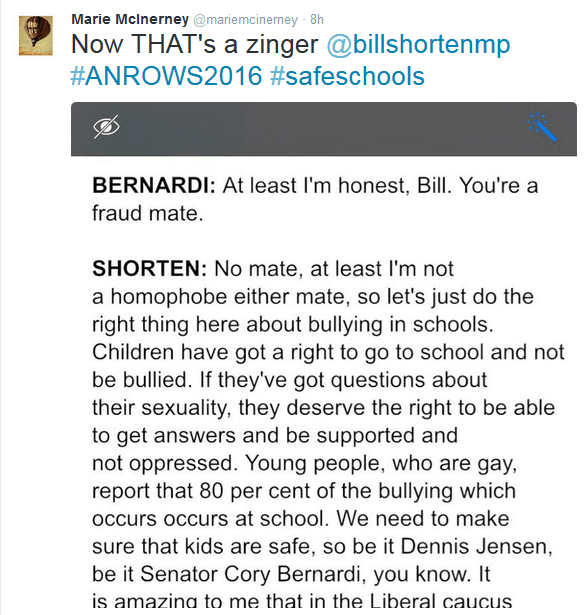 PrevPreviousCoke’s health funding fizz Down Under
Next“I am here. I am the solution”: Time to listen to Indigenous solutions to violence against womenNext