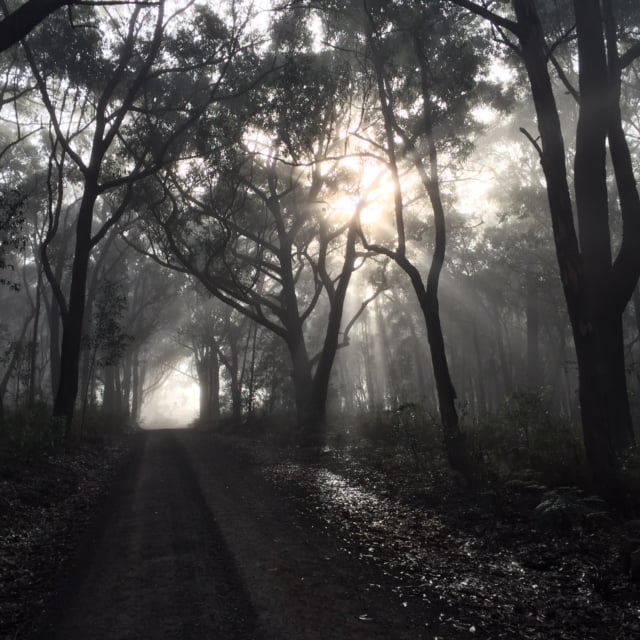 In the first of a series of articles for #JustJustice, Dr Megan Williams tells the story of her friend Sandy, an Aboriginal man who has been in and out of prison many times, and explores how punitive, disconnected systems contribute to recidivism.

Williams is a Senior Research Fellow at the Aboriginal Health and Wellbeing Research team at Western Sydney University. Through her father’s family she is a descendent of the Wiradjuri people of the NSW riverine.

She has worked for 20 years in community health, evaluation and research, and completed a PhD investigating the role of social support to prevent re-incarceration among urban Aboriginal people.

I’ve known my dear friend Sandy for several years. He’s been like an angel in my life – kind, supportive and trustworthy.

But his life has been punctuated with prison sentences and justice system nightmares, showing how remarkably easily he has been caught in the cycle of re-incarceration and poverty, over and over again.

Last year showed the most promise for Sandy. After being in and out of prison for two decades, desperation led him to again try long-term residential drug and alcohol rehabilitation.

He hated his case worker and other residents, but he persevered because couldn’t see any other option for escaping the violence he’d experienced in prison, the risks he’d experienced with drugs, or the deep sense of failure that he carried around.

Little by little, Sandy’s resistance to being helped shifted, ironically only because of the actual experience of being helped. There was no one magic solution. Several different types of support worked together for him – Sandy connected with older Aboriginal men, who talked with him openly about forgiveness, self-acceptance, and his value to other people. Psychology and counselling helped him better understand the anger and grief at his family situation, and the way their trauma conditioned his own beliefs and actions.

Sandy was supported to enrol in a TAFE course, earned his driver’s licence and rented his own low-cost housing as part of a prison after-care program. He kept connected to an Aboriginal men’s group, 12-Step programs and a relapse prevention program. With some new and old friends he went to social events, spent time in nature and keeping active, and enjoyed being a much-loved uncle.

Life changes in a moment

One unexpected knock at the door changed all that in an instant. He was issued with yet another summons to appear in court, for charges which preceded his last period in prison, and which had breached his good behaviour bond. He, his caseworker and legal representation all believed these matters had been dealt with by his last prison sentence.

In court, the presiding magistrate said he had no choice but to re-sentence Sandy. He handed over his wallet and phone, was handcuffed and immediately removed to the underground watch-house.

Inflexible policies meant he lost his place in both the aftercare program and TAFE, and he was separated from all the community support he relied on to cope with addiction, anxiety and depression.

Sandy wasn’t eligible for any programs or drug and alcohol-related support in prison because of his short sentence. During his sentence he worked and received a few visitors, although was moved between three different correctional centres. He spent many hours indoors, became unfit and underweight and very depressed amidst hostilities of other prisoners.

Post-prison accommodation was arranged by a custodial officer with Sandy’s family, among whom he had experienced childhood abuse and neglect. When the day of release came, friends arranged to pick Sandy up. He was released several hours earlier than expected and rather than waiting on the footpath, walked several kilometres to catch a bus to the Parole Office, carrying a garbage bag of a tracksuit and a few letters he’d received.

Sandy met his parole conditions well, despite being stressed by how impractical they were, because of public transport gaps and poor treatment by one staff member in particular.

Sandy stayed drug and alcohol free for a few months, but didn’t make the same progress that he had before. Within months he went back to prison, yet again for drug possession charges.

No reference was made by Sandy’s lawyers or presiding magistrates to the Royal Commission into Aboriginal Deaths in Custody, which recommended prison as a last resort, particularly if rehabilitation was available and the person was willing to attend.

Sandy was just another person to process according to the letter of the law. He wasn’t treated as someone suffering from chronic and risky health conditions, and he wasn’t seen as someone who had progressed well when a range of supports were put in place.

All these government departments were all dealing with Sandy, but in disconnected ways, which saw him move from satisfying to inappropriate housing, from having a stable income to living in poverty, from being enrolled in study to not enrolled, and from being physically and emotionally healthy to being unhealthy and very vulnerable.

Stories like my dear friend Sandy’s highlight that the real issues he faced were administrative. They weren’t really anything to do with him as a person, or his actions apart from drug use, which was about addiction and his way of coping.

He didn’t want his life to go this way, he didn’t want to be back in prison, he wasn’t in there with his family and he didn’t prefer it to life on the outside.

But, without a sustained opportunity to be well supported in the community, Sandy struggled in daily life, destabilised by so many periods of incarceration.

Sandy’s crimes were against himself, but so obviously exacerbated by falling through the cracks of systems designed to help him. There is no need for a ‘tough on crime’ approach here.

A moment that could have made a positive change for Sandy would have been one particular magistrate having the power and knowledge to order a suspended sentence, with appropriate reporting conditions, rather than another prison sentence.

I can only imagine that if Sandy hadn’t returned to prison, he would have finished his study and gained his qualifications. He would have kept building on all the various types of supports he so gratefully accessed. He was a blessing to be around.

I can’t imagine how many more times Sandy can handle the court and prison cycle before he gives up, one way or another.

• Dr Megan Williams is a Senior Research Fellow at the Aboriginal Health and Wellbeing Research team at Western Sydney University. Through her father’s family she is a descendent of the Wiradjuri people of the NSW riverine.

PrevPreviousWould you like to support the IHMayDay Twitter festival? Here’s how…
NextThe anniversary of the Port Arthur massacre is also a reminder of wider traumasNext