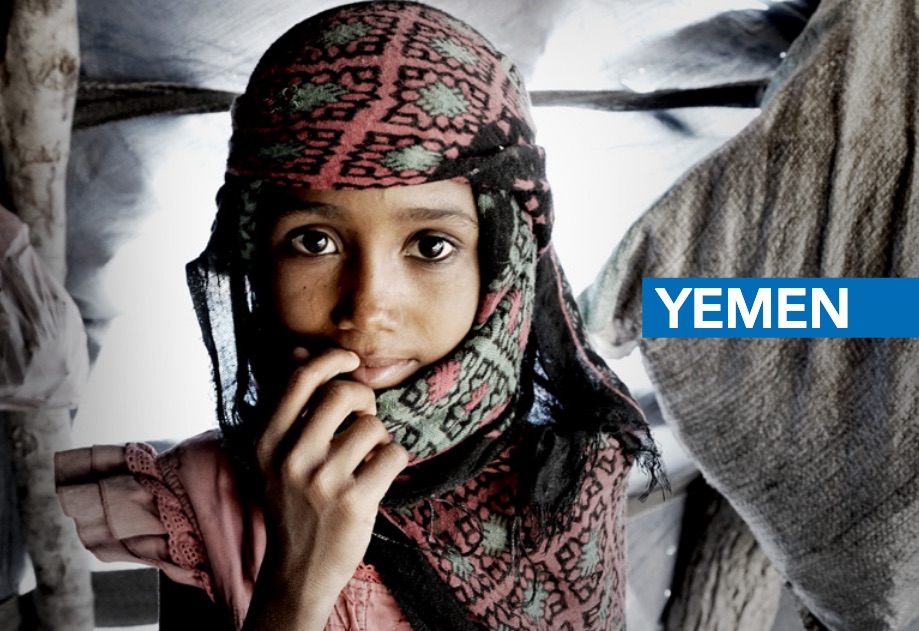 Selling weapons to Saudi Arabia – your taxes at work

The humanitarian crisis in Yemen is the world’s largest food security crisis, with an estimated 7.4 million people not knowing how they will obtain their next meal, according to a recent report from the United Nations Office for the Coordination of Humanitarian Affairs.

The report estimates that 24 million people – 80 per cent of Yemen’s population – need some form of humanitarian assistance or protection, due to a conflict that has killed tens of thousands of civilians, and displaced as many as 4.3 million people in the last three years.

Questions about the role of Australian arms sales in this crisis are raised in the article below by Dr Margaret Beavis, immediate past president of the Medical Association for the Prevention of War, Australia. It was first published at John Menadue’s site, Pearls and Irritations.

How many Yemeni children have to die from the famine before Australia stops selling weapons to the Saudis, who are coordinating the blockade that is causing mass starvation? In November last year, Save the Children reported that 85,000 children have died from acute malnutrition, and the UN reports the situation has worsened.

The government has abandoned any sense of ethical responsibility. Perhaps this is unsurprising, given that when they first came into Parliament they replaced the Standards of Ministerial Ethics with a Statement of Ministerial Standards. And the standards have fallen dramatically.

On one of his five taxpayer-funded sales trips to Saudi Arabia and the UAE, our then Minister for Defence Industry, Christopher Pyne, boasted of millions in weapons contracts and since has flagged negotiating a defence cooperation memorandum of understanding with the Saudis. In addition to the current blockade, the Saudis are notorious for their poor human rights, stand accused of war crimes in Yemen and have orchestrated the murder of journalist Jamal Khashoggi.

The Saudi weapons sales are in clear contravention of the UN Arms Trade Treaty, a treaty that Australia signed and was instrumental in developing.

Save the Children has called for a halt to Australian military exports to Saudi Arabia. Spokesman Mat Tinkler said: “Australia should use its place on the world stage to end human rights abuses, rather than supplying means to potentially prolong them”.

In contrast, the Federal Government allocated $3.8 billion in January 2018 to propping up the weapons industry in Australia, under the mantra of “jobs and growth” and boosting exports. The Middle East is a “priority market”.

The impending Avalon Air Show and the large weapons trade fair that sits behind it are heavily subsidised. Indeed it would startle most ratepayers of Greater Geelong that they are giving over half a million dollars to organisers Aerospace Australia Ltd.

However, the Federal and Victorian governments try to minimise funding to Avalon, responding to FOI inquiries initially denying subsidies, then saying budgets are incomplete or citing “commercial in confidence”.  At least Geelong is transparent about its funding.

The Government’s “jobs” justifications are easily discounted. For every dollar spent on the weapons trade, there is less available for crucial societal needs. In addition, there is good research showing that for the same subsidy, many more jobs are created in health care, education and clean energy.

Why does government throw money at the weapons manufacturers, when they face the same challenges as the car manufacturers?

Tony Abbott was scathing about car industry subsidies. Such largesse raises questions about undue influence – from lobbying, political donations and the revolving door for politicians and senior military personnel into the boards of the weapons industry.

In his 1961 farewell speech, President Eisenhower warned of the growing power of the military industrial complex. In 2019 in Australia we are seeing this complex actively co-opting the political and educational sector.

What does this mean for Australia? We have a Minister for Defence Industry, while New Zealand has a Minister for Disarmament and Arms Control.  We are rapidly increasing our defence budget, while our diplomatic and foreign aid budgets sink to shameful levels.

Regulation of the arms trade is complex. Transparency and accountability are essential.

We must comply with the Arms Trade Treaty. We need an effective anti-corruption commission to address concerns about undue influence in the weapons industry, and tighter regulation of lobbying, board appointments and limits on political donations.

Continuing to sell to the Saudis, regardless of claims about when or where those weapons will be used, is clearly immoral.  Heavily subsidising an industry that profits from death and misery is unacceptable. Government hypocrisy must be called out.

• Dr Margaret Beavis is immediate past president of the Medical Association for the Prevention of War, Australia, and a GP with over 25 years’ experience in community medicine. Her research, writing and teaching interests include nuclear weapons, nuclear waste and the weapons industry. She is also interested in the Australian Government spending on defence, diplomacy and foreign aid and how Australia decides to go to war. She has a particular interest in health and the environment, both on a global scale, and in her local community.

This article was first published at John Menadue’s site, Pearls and Irritations.

PostScript from Croakey: It is telling that Canberra airport often displays a wall of advertisements promoting the arms industry, as per the photo below, taken last month.