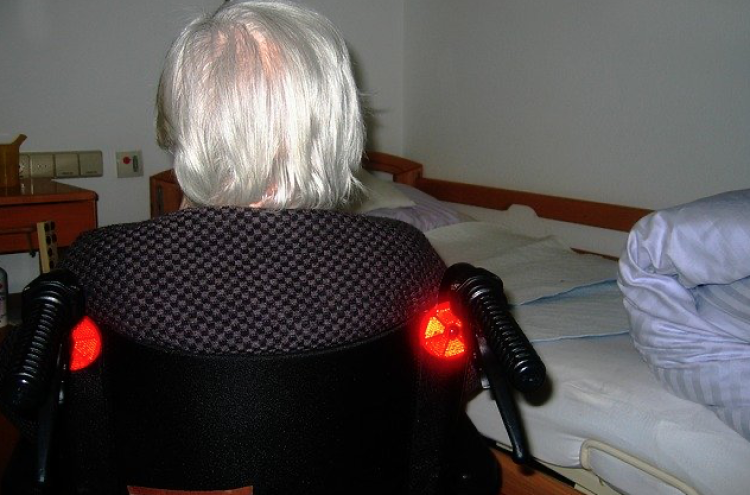 Yesterday the Senate Select Committee on COVID-19 held a public hearing as part of its inquiry into the Australian Government’s response to the COVID-19 pandemic.

The hearing focussed on aged care and in particular the spread of COVID-19 in residential aged care facilities in Victoria and (to a lesser extent) NSW.

During the hearing it became clear that the Government’s position on its response to the outbreak differs markedly from those of families of residents, aged care workers and experts and – in some cases – the findings of its regulatory body, the Aged Care Quality and Safety Commission.

Below, Croakey editor Jennifer Doggett contrasts the statements from the Minister and Government officials at the hearing with those of other stakeholders.

A key point made by both Minster Richard Colbeck and Department of Health Secretary (and former Chief Medical Officer) Professor Brendan Murphy at the hearing was that the spread of COVID-19 into aged care facilities was inevitable given the level of transmission present in the community.

No country and no city with that sort of outbreak has been able to avoid substantial aged-care infections and deaths when community transmission is as widespread as it is in Victoria.

There’s no jurisdiction in the world that has been able to have community transmission with no impact on aged-care facilities?”

Nobody is saying that the aged-care sector is perfect; that’s why we’re having a royal commission. But the fundamental reason for all of this is the fact that we’ve got COVID-19 and a large level of community spread.

When there’s an incursion into aged care, you are going to see tragic results because of the mortality rates that unfortunately occur in this cohort of Australians.”

However, experts and aged care stakeholders pointed out that the government had been warned about the problems in aged care for many years and had failed to act on a number of risk factors, such as staffing levels and governance processes.

The Age reported Professor Joseph Ibrahim, head of the Health Law and Ageing Research Unit at Monash University, who stated:

It was utterly predictable from national and international experience that we would have an outbreak in aged care.

There were horror stories on every level. There was ample warning yet not enough was done to prevent it.”

Others criticised the Government for comparing COVID-19 to an outbreak of flu.

Government representatives did not respond to criticisms from the sector about the ongoing low levels of staff and inadequate numbers of skilled staff in aged care facilities. Instead, they focussed on the measures taken to provide additional staff to deal with COVID-19 issues.

Aspen Medical have been contracted to provide a first responder team in facilities with outbreaks. Significant additional funding has been provided for surge workforce, in response to outbreaks.”

However, media reports provided a contrasting picture of residents left without adequate care, due to staffing problems.

The Age quoted Cheryl Mcqueen, a resident of a facility where agency staff have replaced many of the regulars who have become sick:

She says that once she wasn’t showered for four days. Her bed is often left unmade and the curtains not closed. One day her cornflakes were served on a plate instead of in a bowl.

Mcqueen says workers are supposed to change their gloves, gowns and masks every time they leave a resident’s room but ‘the guy who delivered lunch didn’t change’.”

Experts also pointed out the longstanding problems in the aged care workforce:

Communication issues were another area of disagreement between stakeholders and government.

I have been meeting with the providers, their peaks, and also consumer peaks since back in, I think, March. We’ve had weekly meetings, or sometimes two or three a week, to talk to providers, both residential and home care. So we’ve been in constant contact with the sector, from both the consumer perspective and the provider perspective, on a very, very regular basis, sometimes two or three times a week, with completely open access.

At least one organisation, the COVID-Safe Elders Group, disagreed with this, stating in its submission:

We are gravely concerned that the already under-resourced, rigid and barely functioning aged care sector has been unable to cope with the increased care demands caused by the Covid-19 pandemic.

We have noticed a dramatic decrease  in communication and consultation with family members of aged care residents during the COVID-19 pandemic.”

The adequacy of government monitoring of aged care facilities was also an issue of contention.

We have undertaken site visits where we identify heightened levels of risk of noncompliance with the infection standards, for example. We have undertaken remote assessment contacts across Australia to all residential and home-care services.

We have undertaken a number of self-assessment surveys—and one is underway as I speak—ensuring that providers are looking very closely at their level of readiness for an outbreak and their ability to respond rapidly if an outbreak were to occur. Where services have not met the expected standards for quality and safety, we have taken proportionate enforcement action.”

However, The Australian reported that more than 100 facilities had been found not to comply with the preparedness standards set by the government.

The Guardian also reported that one facility had passed its last audit in late January but in March the quality and safety commission found that it was in breach of 16 standards, including requirements that residents get safe and effective clinical care, that there be “effective management of high-impact or high-prevalence risks” and that the risk of infection be minimised.

The supply of PPE in aged care facilities is crucial to protect residents and staff from infection. There was a major disconnect between the Government’s view of the adequacy of PPE supply and reports from staff at the frontline:

In the early days of the pandemic, the Commonwealth made significant investments in infection control training in residential aged care facilities and has sourced large amounts of PPE.

To date, the Commonwealth has dispatched from the National Medical Stockpile
9.3 million P2 and surgical masks to aged care, as well as over 1.2 million gowns, 3.5 million gloves and 1.7 million goggles/face shields.

Over 150,000 aged care staff have undertaken the online infection control training module. There are also 9 other advanced training modules for aged care workers with just under 1 million on line completions.

Mandatory mask wearing has been introduced in Victoria with the current outbreak and widespread contracted testing capability (Sonic Healthcare) made available.”

…every aged-care provider is required under the quality standards to have an adequate supply of PPE.

In the circumstance they have a COVID-19 outbreak, we immediately come in and supply a range of things, including PPE. That’s provided immediately and on demand, paid for by the Commonwealth.”

These views contrasted sharply with those presented in the submission by the Australian Nursing and Midwifery Council, which surveyed members working in aged care facilities. Among the responses they received were:

“Nil access to PPE, no extra staff to help with cleaning, even in lock down, residents are still going out into the community.”

“Our facility began planning early. However, we were low on PPE at the beginning of the outbreak and it was difficult / expensive to restock.”

“We have consumers coming from hospital. The management put them in 15 days COVID-19 isolation, but they don’t provide any PPE while attending them. This is really disappointing and stressful to me.”

“As per federal guidelines, even if there’s a confirmed outbreak, we aren’t required to wear PPE unless dealing with that specific resident. This ignores the fact it’s highly contagious and spreads asymptomatically.”

“The plan provided by my employer is detailed and comprehensive, but I doubt that with the current staffing ratios and PPE we have that it is possible to adhere to.”

“We have very little supply of PPE and hand sanitiser, what little stock we do have has been locked up by management and RNs were instructed to ask the DON if any stock was required before we can take/ use it. Staff were washing their hands with shampoo as there was no hand soap available.”

“We have a limited amount of glove and gowns, so if we did have an outbreak of anything we would run out within a day or two.”

“All PPE is locked in managers office. Staff have been instructed to use only one glove. We are not allowed to wear a mask at work. We only have plastic sleeveless aprons. Manager says carers have to bring an empty box of gloves to have one replaced and are being questioned making them too afraid to ask.

Staff have been buying their own and using plastic bags on their hands. Last week I asked about the residents who were quarantined and was told I (and care staff) were not allowed to wear PPE despite department guidelines saying so. Staff told not to come to work unwell but one nurse was told to come after her husband had a fever and sore throat and maintenance man had a fever on a weekend and was told to come to work Monday morning.

The Inquiry is ongoing and its progress can be followed here. The committee is to present its final report on or before 30 June 2022