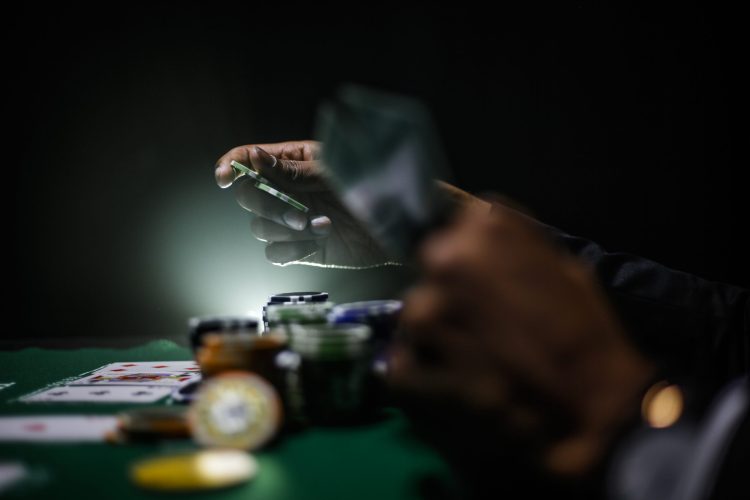 When the chips are down for health, transparency, and democracy: Photo by Keenan Constance on Unsplash

Introduction by Croakey: Moves to limit political donations from a range of harmful industries have again been stymied in Australia, after a Senate Committee inquiry voted against a private member’s Bill to ban “dirty donations” from developers, banks, mining companies and the tobacco, liquor, gambling, defence and pharmaceutical industries.

The decision, reported below, is at odds with growing scrutiny in a number of states, particularly on one of Australia’s previously most active political donors.

Crown Resorts is now facing Royal Commissions in both Western Australia and Victoria, in the wake of devastating findings from a New South Wales inquiry that found it unsuitable to hold a casino licence in that state.

Victoria’s investigation opened today, with media reports saying it plans to go further than the NSW inquiry, and to put the management of gambling addiction front and centre.

In the lead up to the recent WA election, both major parties announced they would stop accepting donations from the casino operator following the NSW inquiry. Days after both Victorian and WA investigations were announced, Crown declared it would scrap political donations.

“Yet again, federal Parliament refuses to act to curb the lobbying and political donations influence of harmful industries on public policy,” the Public Health Association of Australia tweeted about “another weak committee report finding excuses to do nothing on donations reform”.

The Bill, introduced to the Senate last year by Greens Senator Larissa Waters, sought to introduce a $3,000 cap on donations to political parties and candidates per parliamentary term and to ban political donations from developers, banks, mining companies and the tobacco, liquor, gambling, defence and pharmaceutical industries.

A briefing paper published in January 2021 by the respected Centre for Public Integrity said the Federal  Government has the “weakest political finance laws in the country” and that enormous gaps in Australia’s regulatory framework “make it easy for wealthy companies and industries to use money to influence decision makers”.

Lax disclosure rules mean that these donations can often be made while avoiding scrutiny, it said, highlighting as risks:

Croakey reported earlier this year that the mining, resources, banking, gambling, consulting, telecommunications and the pharmaceutical sectors are the biggest donors to political parties and lobby groups, according to the latest Australian Electoral Commission (AEC) data.

Waters’ Bill, introduced to the Senate in July 2020, argued it was necessary to address the potentially corrupting influence of large donations, irrespective of their source, but especially from certain industries “that have used, or have a strong public perception of using, political donations to influence policy decisions”.

However the majority Labor, Liberal and One Nation members of Senate Finance and  Public Administration Legislation Committee, chaired by Tasmanian Liberal Senator Claire Chandler, opposed the Bill, ending its chances in the Senate, highlighting constitutional issues raised in some submissions, as well as “significant drafting and implementation issues”.

The Human Rights Law Centre, which urged action on political donations, was among those who lodged submissions supporting greater regulatory pressure but warned that the Bill would be “vulnerable to constitutional challenge”.

It said a safer route to achieve greater fairness would be to “apply reasonably low donation caps across the board” though it also raised concerns with the way in which the donation cap was proposed in the Bill, worried it could inhibit smaller parties and candidates.

Constitutional law expert Professor Anne Twomey agreed there were constitutional questions in the Bill, including about whether the application of bans to particular industries can be justified, “in the absence of evidence of corruption and in circumstances where relatively low caps are imposed  anyway”.

Twomey called for reform that limits campaign expenditure as well as donations, to take significant spending out of election campaigns and reduce the pressure on parties to raise more and more in donations, warning that “massive spending campaigns by third parties or minor parties can be used to manipulate outcomes and influence government decision-making”.

The Senate Committee however was not going to be tempted into considering better ways to place curbs on harmful industries, expressing concerns that restricting or banning donations would stop groups from “freely expressing their support for particular causes or policy issues” and shift the burden on funding elections campaigns to the public purse.

“It is not apparent to the committee that rigorous policy research at the Commonwealth level has been undertaken to substantiate the perceived influence of each of the prohibited industries proposed by the bill, or to demonstrate why these industries were included while others were not”.

In a dissenting report, Senator Waters said there is, in fact, “a considerable  volume of analysis” on the undue influence of political donations and that, given empirical studies are hampered by the lack of transparency about donations under current laws, it was convenient for the major parties to rely on lack of data as a position.

She cited the submission to the inquiry from Deakin University Professor of Violence and Addiction Studies Peter Miller who detailed his team’s study on the influence of industries reliant on addiction–– alcohol, tobacco and gambling — and the need for caps.

The 2019 research included interviews with current and former politicians, ex-political staffers and other key informants who, Miller said, acknowledged that “political donations do influence how you view the donor and consequently access and influence”.

A cap on political donations, down from the current $14,300 to a fixed $1000, was urged by Labor last year in the wake of the record $83m donation from Clive Palmer’s Mineralogy company to his United Australia Party, which Labor described as “obscene”.

The current threshold for donations is easily exploited, especially by industries such as alcohol with many smaller stakeholders, Miller said in his submission, calling for donations or gifts to be reported in real time and be publicly available for every politician and their staff.

Even small donations can be “implicated in long-term relationship building”, he said, noting health sector research revealing how pharmaceutical company representatives regularly visit doctors and give them pens and notebooks to influence prescribing, which attests “to the effectiveness of such tactics”.

“The current monitoring system makes it impossible to know how much corporations donate, while gifts and gratuities designed with the expectation of reciprocity go unrecorded,” he warned.

Waters said proposed reforms to lower the threshold for disclosure of donations and improve the timeliness of disclosures were welcome but she warned that “simply disclosing the donation does not remove its influence”.

“When the biggest five fossil fuel giants collectively donated over $9 million to major parties and lobby groups in 2019–20, it is not surprising to see a government paralysed on climate action and pushing a gas-led recovery,” she said.

Banks, financial lobby groups and major insurance and credit firms delivered over $900,000 to the government in 2019–20, which she said “may explain current efforts to relax responsible lending laws”.

“These industries are not donating tens of millions of dollars because they believe in the institution of strong democracy,” she wrote. “They are donating because it gets results.”

One of the unifying characteristics of the industries earmarked for donation curbs or bans is their “impact on public health”, according to a submission from the Tasmanian Election Enquiry, which it said was formed out of concern at donations from the liquor and gaming industries to the Liberal Party in Tasmania in the March 2018 election.

Waters wrote that the Human Rights Law Centre echoed the concern, saying industries like mining, gambling, guns and alcohol are highly regulated precisely because of their potential to cause harm.

“The donations and influence of these industries therefore impact not only our democracy, but also our health and our planet,” it said.

PrevPreviousHow should we prioritise care? COVID-19 research raises concerns on disability discrimination
NextMemo Liberal women: if you really want to confront misogyny in your party, you need to fix the policiesNext