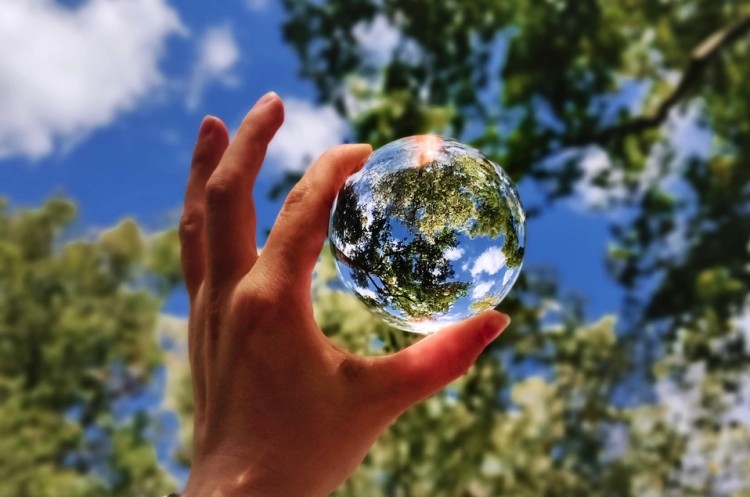 Reflecting on the planetary determinants of health. Photo by Margot Richard on Unsplash

Sharing Indigenous knowledge about the determinants of planetary health

This article was first published on Wednesday, March 16, 2022

These include the rights of Indigenous Peoples to land and sovereignty, the importance of relationships between Indigenous Elders and children, and the need to identify nature as a living entity and protect her right of being.

Using Indigenous perspectives from around the world, new research has defined ten determinants of planetary health, while calling for western science to embrace Indigenous knowledge.

1. We need to respect Mother Earth and feminine as fosterers of our planet’s health

According to the research, Mother Earth is often seen as the creative power and the ‘first’ mother to the natural environment, Indigenous women are her caretakers and the keepers of cultural identity. The research explains that the feminine role bonds people, place and community and has the essential responsibility for the world’s creation, order, and regeneration.

Concerns are expressed within the article regarding the lack of global recognition of women (both Indigenous and non-Indigenous) as leaders. The research states that the vital role of women continues to be discriminated against by political and economic forces which are backed by gender oppressive systems.

A recent UN Women article called for women to be put at the centre of climate change action. The article advocates for the inclusion of women (particularly local women) when drafting policies and programmes and when making decisions based on climate action.

2. It is essential to identify nature as a living entity and protect her right of being

The research tells of the sacred connection Indigenous people have to Mother Earth and identifies Indigenous Peoples as the voice of her rivers and the environment. There has been some interest in Indigenous-led governance models, with the introductions of the Yarra River Protection (Wilip-gin Birrarung murron) Act and the Te Awa Tupua – Whanganui River Settlement.

Each legal framework recognises the deep spiritual connection to the rivers held by traditional custodians. The frameworks support the protection of the river, identifying them as living people. Despite this, the research states that current political and economic interests are continuing to deny the natural environment’s (land, air, and water) right of being.

3. We must reconcile our relationship with Mother Earth

Indigenous Peoples traditionally used seasonal calendars based on Mother Earth’s natural cycles together with an awareness of the natural environment. Colonisation introduced perceptions of time which has disconnected humans from nature and its sources of life.

According to the research, humans have lost the ability to live sustainably because they no longer view themselves as part of a larger living system. The research identifies that a lack of understanding towards our interconnectedness within nature and our failure towards seeing ourselves as part of it has led to its continued destruction. The evidence portrays humans as having a sense of entitlement towards the natural environment, which lacks a sense of responsibility towards its wellbeing.

4. Identity and a sense of belonging needs to be re-established for stronger relationships

Indigenous culture has been disrupted by the westernised societies in which many of the world’s Indigenous Peoples have been forced to live. The research tells of how Indigenous people learn from a young age about maintaining wellbeing and balance through spiritual connection to country (or land).

Indigenous Peoples will often consider the impacts associated with their actions on people and place rather than focusing on rewards. It is documented within the research findings that Indigenous Peoples’ sense of belonging is lost when reverence for themselves and their community is missing.

It is cited within the research that complex problems cannot be solved using the same world view which created them. The research calls for the modern scientific paradigm to better appreciate Indigenous science through the implementation of the Indigenous scientific method. The United Nations Declaration on the Rights of Indigenous Peoples provides details on what needs to be done towards achieving this.

“We are dealing with complexity, and we need collective wisdom. For me this is no longer a story about Indigenous versus non-Indigenous, this is us as Australians saying, ‘how do we work together and listen to the voices of Indigenous people?’,” Professor Poelina told Croakey.

“We are trying as hard as we can to do the things we need to do because we believe that Aboriginal people not just in this country, but [Indigenous Peoples] around the world, hold the solutions for planetary health and wellbeing.”

The research describes the Indigenous scientific method as relational, symbolic, contextual, non-linear, and holistic. It is not limited by time and uses metaphorical narratives to explain the collective observations of the natural environment.

As recently reported by Croakey Health Media, a recent Intergovernmental Panel on Climate Change report, Climate Change 2022: Impacts, Adaptation and Vulnerability, repeatedly mentioned the importance of Indigenous knowledges and the participation of Indigenous Peoples when making decisions on climate change.

6. Maintaining First law is foundational to the health of the planet

First law governance defines how Indigenous Peoples interact with Mother Earth and generates responsibility and reciprocity. The research documents that current western measures and indicators are unsustainable towards Mother Earth. First Law is identified by the researchers as a comprehensive ethical framework of principals which are foundational for maintaining planetary health.

The research refers to evidence which tells us Indigenous Peoples based in 87 countries have tenure rights to only roughly a quarter of the world’s surface. It states that greater awareness and actioned support is needed towards Indigenous land tenure rights.

According to the research, when Indigenous Peoples have land tenure rights, this ensures the planet’s ecosystems are protected and global conservation goals can be met. The important role of Indigenous Peoples is recognised by the Convention on Biological Diversity and the Nagoya Protocol. The research identifies that this recognition demonstrates a need for Indigenous leadership when it comes to environmental issues.

8. Indigenous Peoples’ health and wellbeing comes from rights to land, sovereignty, and culture

9. Indigenous languages are an essential link to ecological knowledge

The research has uncovered a link between Indigenous languages and planetary health. Despite making up only five percent of the population, Indigenous people speak roughly 4,000 of the world’s approximately 6,700 languages. It is reported that roughly one Indigenous language dies every fortnight due to western influences.

The research highlights that preservation of Indigenous languages might be crucial towards eliminating biodiversity loss. “Nature needs a new pronoun in western cultures to re-establish Mother Earth’s place as our relative,” the researchers say.

10. The relationship between Indigenous Elders and children is crucial for planetary health

Indigenous Elders are the sacred keepers of culture and traditional knowledge. They safeguard family kinship and Indigenous identity and are the central foundation of the community’s wellbeing. Elders are also the holders of the intergenerational lineage to be passed on to younger generations.

Children are taught and guided by Elders about ecologically rooted philosophy and cultural values. This supports and fosters the learning and development of children’s ecological roles as carers for Mother Earth. The research underlines that children’s interactions with Elders must be maintained and supported as these form crucial ecological roles which help protect the planet.

The research concluded that despite being subjected to continued assaults stemming from colonialism, Indigenous voices are powerful, solutions-orientated forces. It repeated calls for western scientific paradigms to openly respect and acknowledge diverse knowledge systems for the benefit of the planet. The research outlines plans for future works, including the implementation and application of the determinants of planetary health with the involvement of larger communities. 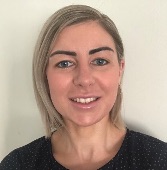 Jade Bradford is a proud descendent of the Ballardong Noongar people in Western Australia. She is a casual freelancer who also works as a Stakeholder Engagement Specialist for Golder Member of WSP. As a research fellow of the First Nations Messaging and Narrative Shifting Project, Jade has helped research and develop the most effective messaging frameworks to advance self-determination and justice for First Nations people. The research from the fellowship was used to inform the Passing the Message Stick online resource.

Read Croakey’s archive of stories on the cultural determinants of health.

PrevPreviousSeason’s greetings…and see you in 2023
NextDo better: an urgent message to Australian media on climate coverageNext