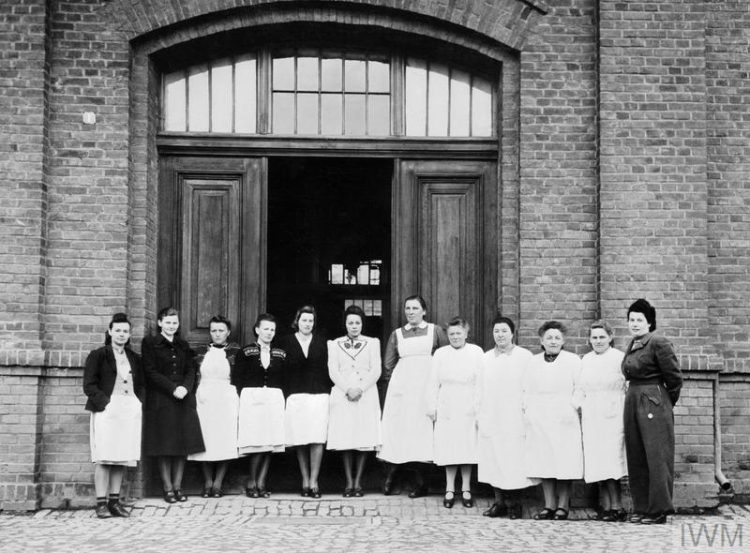 Should nurses participate in prison executions? A lesson from history

The post below and its embedded short film contain confronting material about the participation of nurses in tens of thousands of state sanctioned murders in Nazi era Europe. It would be easy to look away.

But the author, Professor Linda Shields, who is a scholar of nursing, paediatric nursing and nursing history, doubts we can afford to do that.

Contemporary nursing in the US has clear and well-articulated ethical framework that precludes nurses’ participation in capital punishment, yet some nurses do participate, and believe they are professionally justified in doing so.

The lessons of history, however, would suggest that this is dangerous thinking.

Nurses are repeatedly rated as the most trusted profession. Their work is varied – from caring for tiny premature infants, to looking after people suffering from dementia at the end of long lives. They work in diverse places, including in highly technological intensive care units, primary health care centres in remote communities, prisons and aeroplanes.

No matter where they work, nurses encounter ethical dilemmas, many of which have to be considered and acted upon in brief windows of time. To do this, nurses are supported by codes of conduct and ethical behaviour, from organisations like the International Council of Nurses, the Nurses and Midwives Board of Australia and the American Nurses’ Association.  These are co-written with professional bodies such as the the Australian College of Nursing and the American Academy of Nursing.

One consistent injunction throughout such codes of ethical conduct is that a nurse must never participate in capital punishment. However, in countries where capital punishment is legal, nurses do become involved.

History has something to say about this. In the Nazi era in Europe, nurses actively killed their patients in the so-called “euthanasia programmes”. Children with a wide range of disabilities, and adults with conditions such as a mental illness, chronic alcoholism, epilepsy and physical and learning disabilities were killed because they were considered “useless feeders” and “life unworthy of life”.

Most of these murders took place in hospitals, and while doctors signed the forms to authorise the killings, it was nurses who carried them out. Accurate figures are unavailable, but at least 30,000 people were killed this way. After the war, many doctors were tried for these (and other) crimes, but only a handful of nurses saw retribution, because, even then, nurses were a “most trusted profession”.

Importantly, the nurses killed their patients voluntarily – if they did not want to particpate, they were not punished but were moved to another ward or hospital. Those who were indicted and tried said they believed that what they were doing was right, that if they didn’t do it gently, then someone else would do it roughly and the patients would suffer. They said the patients knew and trusted them, so it was kinder that they give the doomed patients the medicine or injection.

As the war progressed and more efficient ways (such as gas chambers), were required to kill people, the prototypes for the factory-style killings of the “Final Solution” were developed via the “euthanasia” programmes, with nurses involved. A detailed exploration of nurses’ roles has recently been presented in the film Caring Corrupted: the killing nurses of the Third Reich.

In 2006 in the USA, a radio interview was broadcast with “Nurse Karen” who worked in the prison system in a state where capital punishment was legal. “Nurse Karen” inserted IV lines so that the doctor could administer lethal injections. She saw nothing wrong in this.

“Nurse Karen’s” rationale was that if she didn’t do it then someone less qualified would do so, and the prisoner could suffer.  She had a trusting relationship with the condemned person, so it was kinder that she was on hand to insert the lines.  She believed that, under nursing’s code of ethics, she had to give the best care possible no matter what the circumstances. She also believed that what she did was in line with end-of-life and palliative care because the person was going to die.

Recently, I led a group of 12 senior nurses – academics and clinicians – in reviewing  “Nurse Karen’s” interview, and we published a paper in Nursing Ethics: each contributor gave a personal opinion about “Nurse Karen’s” rationale. Opinions varied dramatically.

A point of interest was that, of the 12 contributors, those who subscribed to the first position lived in countries where capital punishment is illegal, while those from places where it is legal believed in the tenets of the second position.

As to the first theme, some of the authors considered that the codes of ethics should be debated and revised – that it was right and proper to provide care at the end of a person’s life, regardless of how that end was to come about. They subscribed to the theory that providing care to a soon-to-die prisoner was akin to any valid palliative care practice around the world, with the same principles obtaining for nurses working in countries where euthanasia is legal.

They also postulated that a nurse’s role is to alleviate suffering and that inserting IV lines efficiently and kindly in a person with whom a trusting relationship has been built up is a kindness and therefore a legitimate part of a nurse’s role.

Those who subscribed to the second theme regarded any deliberate, active participation in intentionally bringing about a death as antithetical to nursing, no matter the circumstance, and pivotal in this instance is that the condemned prisoner is not going to die of natural causes but is intentionally put to death.

Of course, though rather clichéd, the “slippery slope” argument could pertain here. The Nazi nurses, who started killing because they believed the all-pervading Nazi propaganda and language, moved from holding the patients “gently” so they could be given oral overdoses, to giving the drugs (both oral and IV) themselves. Could contemporary nurses who think it the right thing to help kill some patients be induced to move to more active participation, e.g. giving the lethal injections, if they believed that existing codes of ethics are outdated or wrong?

By now, readers will have recognised the similarities between the reasons the Nazi nurses actively killed those for whom they were supposed to be caring, and “Nurse Karen’s” rationale. Consider this: one of the nurses who was tried for killing her patients at Hadamar Psychiatric Hospital offered the following comment (my translation) as to why she committed murder,

“…they were going to die anyway. The patients knew and trusted me, and so I could do it kindly and they wouldn’t suffer. If I didn’t do it, then someone would kill them roughly”.

Why don’t we learn from history?

Linda Shields is the Professor of Rural Health at Charles Sturt University. Her research interests lie in the care of children in health services, particularly in rural and remote areas. Her main areas of research and scholarship are in paediatric and child health nursing, and history; in particular, nursing during the Third Reich. She examines how these histories influence health professionals today. She is co-editor of the book, Nurses and Midwives in Nazi Germany: The “Euthanasia Programs.”

PrevPreviousListen to the voices of Aboriginal and Torres Strait Islander women at #LBQWHC17
NextNuclear Weapons banned at last. Now let’s put Australia on the right side of historyNext