Should we be doing health assessments?

Health assessments are a common part of primary care, but are they as effective as we would hope? Thanks to Dr Tim Senior for allowing us to cross publish this entry from his  “AMS Doctor” blog. Tim writes: 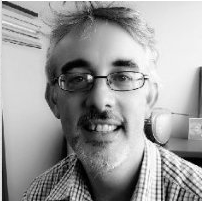 I was recently interviewed for an Australian Doctor item on health assessments, after I’d been involved in a Twitter discussion. I thought I’d set out my thinking and links to the evidence I’m using. I do need to point out that these are my personal views, and don’t represent the policy of any of the organisations I work for.

In Australia, GPs are paid by Medicare for doing health assessments. Health Assessments in Aboriginal and Torres Strait Islander people are particularly encouraged, being used as a KPI for many services, and essentially as a proxy measure for activity in Aboriginal and Torres Strait Islander Health. (See for example, p10 of this PDF, the main evaluation report of the government’s program).

With this pressure and expenditure, of course you’d expect it to work.

The evidence is not as strong as you might think. First up was this study that caused some ripples in the UK, though not really in Australia. It’s a systematic review done by the Cochrane Collaboration, so is pretty much gold standard in the expertise of performing this sort of research. And this sort of research – that is, a systematic review – is the most reliable in giving trustworthy answers.

They hunted down all the studies ever done to answer this question, and discovered that doing health checks didn’t help people live longer, and didn’t reduce people’s diseases. In fact, they were diagnosed earlier, and so lived more of their life with a diagnosis, without getting benefit from this.

It also looked like people had just as many admissions to hospital, disabilities, as much worry, the same number of visits to the physician, and no fewer absences from work, though these findings were less clear.

Shortly after this, another study from Australia came along. They wondered if the outcomes of health checks were better for those performed in General Practice. They used the same systematic review methodology, where they tried to find all the research that had been done on this.

They found that there were improvements in total cholesterol, body mass index and systolic and diastolic (that is the top and bottom) blood pressure figures. However, these improvements were very small – the authors say that they were statistically significant, which means that these results are probably not a chance finding. However, it is likely that a change of 0.13mmol/L in cholesterol, and 0.45kg.m2 does not make a difference in real life.

This result has been reported as reassuring GPs that it is worth us doing health assessments after all. I’m not so sure. There is no evidence of making people live longer in these studies, and there is even a suggestion that doing a health assessment increases your likelihood of dying of cardiovascular disease – another statistically significant result.

At face value, the evidence would indicate that we are certainly not saving any lives by doing health assessments, we may be labeling people with pathology for more of their lives, without any attendant benefits, and this may even be an intervention that gives people heart attacks or strokes earlier!

There is an argument to be made that in a population that have a higher risk of cardiovascular disease, such as Aboriginal and Torres Strait Islander people (though not only that group), there will be more benefit from doing health assessments.

That may well be true, but there is no evidence at all either way at the moment – the best we have is what I have described above. This means by making this argument, we are entering a completely evidence-free zone. We may well be doing harm without realising it.

Usually in medicine we are cautious about using an intervention widely if there is no evidence that it is beneficial. This would not be the first time that a combination of optimism and “common sense” that something ought to work has trumped the lack of evidence.

I’m not a complete nihilist, though, and I do think there is a way forward.

First, let’s note that health checks don’t appeal to everybody. This systematic review shows that those who are least likely to attend health checks are men, people without much money, people who aren’t white, and less well educated. In other words, those who most need them.

It may be that in the field of Aboriginal and Torres Strait Islander Health we have come up with a mechanism that intuitively appeals to those developing the system but not to those using it.

What would those using it want? We know from this research that the way to break down cultural barriers for Aboriginal and Torres Strait Islander people using health services is to have a relationship with someone in the service.

Unless used in a very nuanced way, a health assessment is a very transactional approach, making a consultation a data gathering exercise, not a relationship developing exercise. It’s quite possible that this effort is alienating to people.

Certainly, examples where health checks have been well received have been when they are promoted as part of service activities that promote relationships.

The alternative approach is to build on the strengths of General Practice and Primary Care. 85% of people in Australia have seen their GP in the previous year, and the average number of visits is 5 or 6 each year. Julian Tudor Hart described anticipatory care, where the relationship developed and the series of visits over time meant that preventative activities could be performed in this context. He was the first GP in the world to know the blood pressure of every one of his patients.

The ones recommended are documented in the RACGP Red Book, and for Aboriginal and Torres Strait Islander people in the National Guide to a Preventive Health Assessment by RACGP and NACCHO. (Declaration – I was on the editorial panel of this guideline and wrote the mental health chapter).

The solution, I think, is to promote the completion of individual evidence based preventive activities in the context of a long-term therapeutic relationship. The Kanyini Vascular collaboration audit showed that this is already happening – cardiovascular disease preventive activity was occurring at the same level as in non-Indigenous people, but the number of health assessments billed was very low.

Behaviour changes and referrals are more likely to be performed, as the GP and Primary Care team can keep on following up. Ideally, Medicare would pay at the completion of the recommended activities, whether this was in a single consultation or over many. (The Diabetes PIP Cycle of care is already paid in this way (PDF)).

Granted, the evidence for this approach is limited. But the best evidence we have for the alternative shows that it might be harmful. Clinicians are being asked to perform money-raising interventions, which services are measured on, and potentially doing harm in the process.

PrevPreviousWhat does it take to drive regional health reform? Your chance to ask all about it…
NextDiabetes and climate change: Averting two linked catastrophesNext