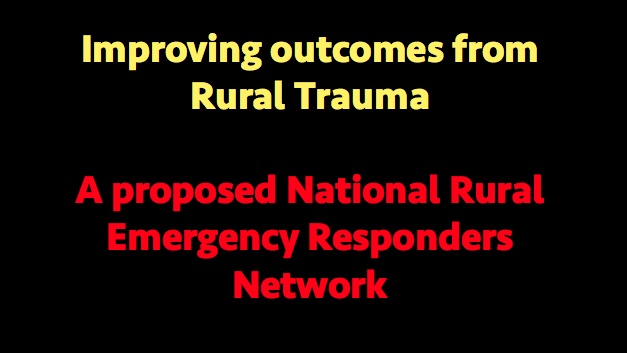 Shouldn’t rural doctors be on the call sheet in serious local accidents & emergencies?

Victims of serious accidents and disasters in rural Australia may be missing out on critical immediate care because local doctors are being excluded from emergency responses.

The recent National Rural Health Conference in Cairns heard a call for the establishment of a national network of rural doctors with the appropriate skills and support to respond to emergencies.

Rural GP Dr John Hall, one of the doctors leading the call, said that local ambulance officers and other first responders are sometimes explicitly prohibited in state emergency protocols from informing local doctors.

Hall, who is vice president of the Rural Doctors Association of Australia, told of a personal example where a major road crash occurred just five minutes away, but his rooms only found out 40 minutes later via Facebook.

Journalist Melissa Sweet reports on the issue for the Croakey Conference Reporting Service below. See her other stories from the conference here.

Next month marks the 10-year anniversary of an horrific train crash near Kerang in northern Victoria. Eleven people died and many more were injured when a truck crashed into a V-line passenger train at a level crossing.

For some rural doctors, the anniversary on 5 June will have a particular significance, as the Kerang crash has come to symbolise a flashpoint in their campaign for an overhaul of emergency responses in rural areas.

Dr John Hall, a rural GP from Oakey in Queensland and vice president of the Rural Doctors Association of Australia, says the Kerang disaster is one of the most high-profile examples of rural doctors being locked out of emergency responses in their areas.

But RDAA members have raised concerns about many other such cases where the exclusion of local clinicians could be compromising patient outcomes, he told Croakey during an interview at the recent National Rural Health Conference in Cairns.

“Over the years, many of our members with the RDAA have come to us with concerns about not being informed about major disasters happening on their doorstep and not being brought into the mix when the response is centrally coordinated by emergency services,” he said.

Together with Dr Tim Leeuwenburg, Hall has been advocating for a national rollout of a network of rural doctors with the skills to respond to serious emergencies.

In a study published in Emergency Medicine Australasia in 2015 (see abstract ), the pair argued the case for the development of such a network to respond to emergencies requiring pre-hospital care, ranging from vehicle crashes to farming and mining accidents.

They cite evidence that road fatalities and other major traumas are disproportionately more common in rural areas, and that mortality rates from trauma in rural areas are reported to be four times those in major cities.

Hall and Leeuwenburg want to see a national roll out of a system used in South Australia, where rural doctors opt in to be part of such a network.

There, rural doctor members of the Rural Emergency Responder Network (RERN) scheme can be tasked to rural incidents via the South Australian Ambulance Emergency Operations Centre, and commit to maintaining relevant emergency skills via regular training focussed on the prehospital environment.

“It’s an opt-in system,” says Hall. “But it also comes with a lot of support; they get extra training in the prehospital space, they get to work alongside their emergency service colleagues with orientation and training.

“They get kitted up with the right gear, they get an emergency bag stocked and funded by the State Government, and they get given pagers so they are linked into the emergency response.

“This process gives emergency services confidence and certainty that the people they are calling to assist have the appropriate skills and equipment.”

By contrast, in his home state of Queensland, Hall knows what it is like to find out there has been a major local incident without being notified by emergency services.

He describes finding out there had been a major bus and car crash just five minutes away from his rooms. “We found out about it about 40 minutes after it happened via Facebook,” he said.

“At the time I was the doctor in charge of the hospital; there was no mechanism for the communications system to notify the hospital. We had three or four highly skilled doctors who would have been a massive value-add if we’d been notified earlier.”

Hall says the centralisation of emergency services has contributed to the exclusion of rural doctors, as local ambulance officers and other first responders are sometimes explicitly prohibited in state emergency protocols from informing local doctors of emergencies.

“Over time, rural GPs have just been marginalised in this space, probably inadvertently, not necessarily in a way that is intended but it’s potentially leading to significantly bad outcomes for rural communities.”

Hall says this move may reflect the emergency services experiences with GPs who did not have the appropriate skills to contribute to prehospital care.

“We think it stems from bad experiences in metropolitan areas where a doctor has rocked up to a scene and not been helpful, so there’s been some form of conflict,” he says.

“You can understand why, if it’s an office-based GP who has never done critical care and doesn’t understand the context, it makes sense that they may potentially not be a value-add.

“Understandably, emergency services need to know that if they are relying on a health care professional that they are credentialed in that space.”

However, many rural GPs had done anaesthetic training and were skilled in complex airways management, he said, “and they would be a huge value-add in a lot of critical care and difficult situations”.

Hall said: “The truth is the retrieval services are calling rural doctors to the scene in an ad hoc way when the chopper or plane physically can’t get there.”

Ensure local GPS are equipped for major traumas and disasters 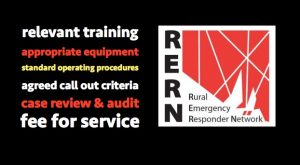 A recent joint position paper from RDAA and the Australian College of Rural and Remote Medicine called for a nationwide Rural Emergency Responders’ Network to be developed to identify rural doctors with advanced emergency response and retrieval skills, and to ensure they were appropriately equipped and supported to deal with major traumas and disasters.

The paper urged state-wide retrieval services and other organisations responsible for emergency response and disaster management planning to formally recognise local rural doctor and hospital facilities and staff as important and integral components of the pre-hospital and disaster response team.

However, the paper said most States did not have policies and clinical management frameworks formalising the role of the rural GP in the pre-hospital emergency or disaster response. In some cases, the protocols instigated by centralised State government retrieval agencies may not permit local doctors to respond to disasters in their own towns.

This created the potential for the rural GP to be bypassed in communication regarding local emergencies and the paper said:

“This lack of involvement in formal coordination and communication networks can cause significant delays and fails to make the most effective use of valuable local knowledge and resources.”

“In countries such as New Zealand, Scotland, the UK and Canada there are formal rural responder networks which incorporate the rural GP in their centralised emergency response protocols.

“It seems counter-intuitive that these countries, where rural areas are generally less isolated and have potentially faster turnaround times for city-based retrieval, respect and coordinate the role of local medical staff, yet this does not happen in Australia where there are vast distances, vagaries of weather and often significant delays in retrieval time.”

Need to address our ‘tyranny of distance’

Leeuwenburg, whose paper to the National Rural Health Conference was delivered by Hall, told Croakey that developing such a network was important as the tyranny of distance in Australia means specialist help may take hours to arrive.

“In rural areas the responders may be ambulance volunteers, therefore scope for appropriately trained rural docs to help fill the gap by delivering meaningful interventions – to value-add where there’s a patient need, not to detract or play in another’s sandpit,” he said.

“The fact that the UK and NZ have such a system, despite small geography and proximity of major hospitals, yet Australia does not, is puzzling and speaks more to politics and turf than delivering quality care.”

Despite the growing momentum for change from the rural medical lobby, Hall said it had been difficult to get widespread traction on the issue due to the number of state-based ambulance and other emergency services agencies involved.

The plan now was to first focus on getting action in Queensland, where there was some high level support among some of the emergency services for developing such a network.

“The tyranny of distance and retrieval time is so important in the bush because the average retrieval response time in rural Queensland is four hours,” he said.

“So that’s a massive gap of time where lives would be saved by having skilled doctors supporting their paramedic colleagues in the bush to keep people alive in that time frame.” 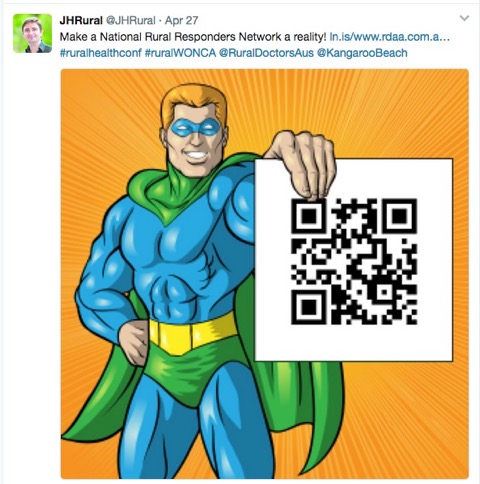 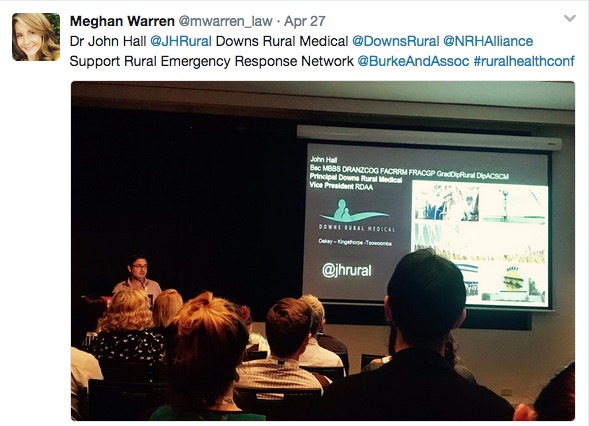 COVID SNAPS: on the Premier for Sydney, booster shots, and some random plandemic insights