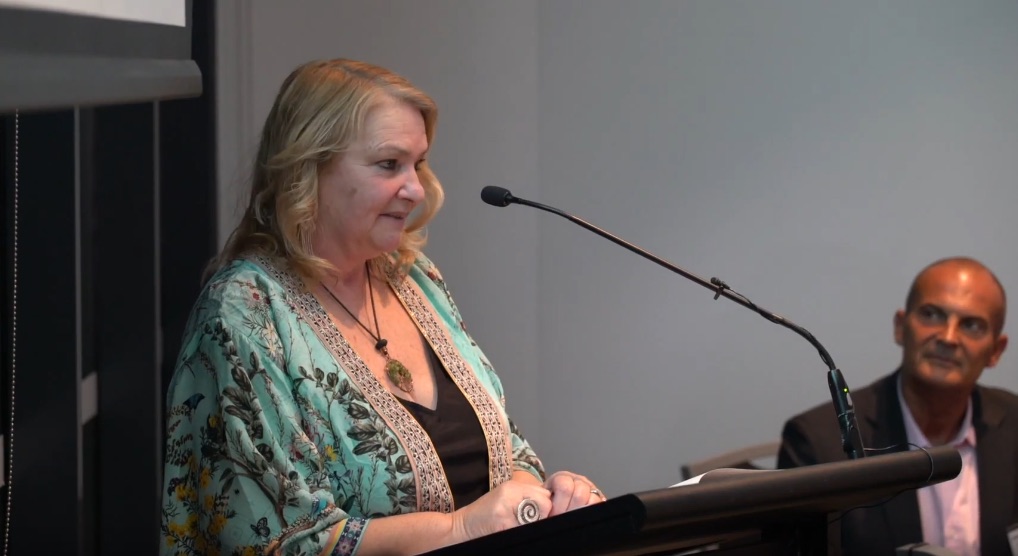 Vicki Wade, winner of the Australian Healthcare and Hospitals Association’s (AHHA) prestigious Sidney Sax Medal for 2019, has called for an increase in the numbers of Aboriginal and Torres Strait Islander people working in health, especially in hospitals.

Wade, a Nyoongar woman and nurse with more than 40 years’ experience in the health sector, was presented with the award at a ceremony in Brisbane earlier this month.

“It may make a difference between an Aboriginal person staying in hospitals or leaving,” she said.

Wade, who is currently Senior Cultural Advisor with Rheumatic Heart Disease (RHD) Australia, an organisation based at the Menzies School of Health Research in Darwin, also said that Aboriginal health professionals’ stories of lived experience are “important to the contributions we make to the health system”.

Dedicating her medal to all Aboriginal nurses who work tirelessly every day to influence the health system to reduce inequity and disparities for their people, Wade also paid moving tribute to her mother and grandmother for their work as healers and carers, and acknowledged that her daughter is training to be a GP.

She said it was not easy being an Aboriginal person working in white, hierarchical structures that often perpetuate cruel racist policy, and recalled being told by a matron, shortly after starting nursing training as a nervous 17 year-old in 1976, that she would not finish nursing training.

Instead, she was spurred to achieve, also urged on by her mother’s words to “be proud of who you are”.

An AHHA announcement said that Wade’s grandmother, Nan Lily, helped Aboriginal women at the Gnowangerup mission in WA. She had no formal education because Aboriginal people at the time were denied it.

Subsequently, Wade’s mother was one of the first Aboriginal women in the area to become an enrolled nurse.

Wade began training to be a registered nurse in 1976 before becoming a specialist cardiac nurse and strong advocate for improving Aboriginal health, having witnessed Aboriginal women ‘dying far too young from heart disease’.

Discussing the NAIDOC week theme, #BecauseofHerWeCan, Wade described drawing on strengths from her mother and grandmother, and the importance of tapping into cultural knowledge.

Wade said she was hopeful about the future because of the growth of partnerships, representation of Aboriginal people at high national levels, including in the Federal Parliament, support for strengths-based approaches, “the wonderful young people” coming through, and because “a lot more people are listening to Indigenous voices now”.

She said her life as a nurse, educator, policy maker, academic, cultural advisor had been challenging, yet extremely rewarding.

“I have worked with amazing inspirational people who have helped me achieve my goals,” she said.

She described the importance of walking “in two worlds” – having a strong sense of identity and being strong in culture, while also being comfortable discussing Western methodologies.

She ended her award speech by citing Mae West: We only have one life but that’s all we need, if we do it right. 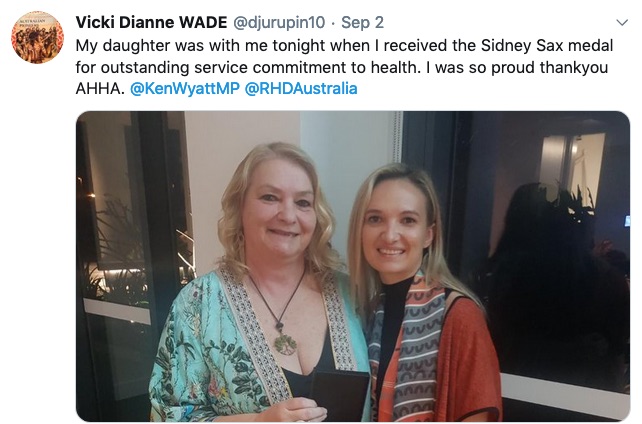 AHHA’s Chief Executive Alison Verhoeven said in a statement that:

Vicki has demonstrated outstanding service and commitment to Aboriginal health, particularly heart health, in a career spanning over 30 years.

The Sidney Sax Medal is awarded to an individual who has made an outstanding contribution to the development and improvement of the Australian healthcare system in the field of health services policy, organisation, delivery and research.”

Notably, exemplars from the Lighthouse Hospital Project had been highlighted in the Australian Commission on Safety and Quality in Healthcare’s case studies for best practice healthcare for Aboriginal and Torres Strait Islander people.

Watch the awards ceremony and an interview

PrevPrevious“Our village has disappeared”: Four critical challenges to the health sector from the Pacific
NextWhy it’s time to flood the news with stories about the climate crisisNext