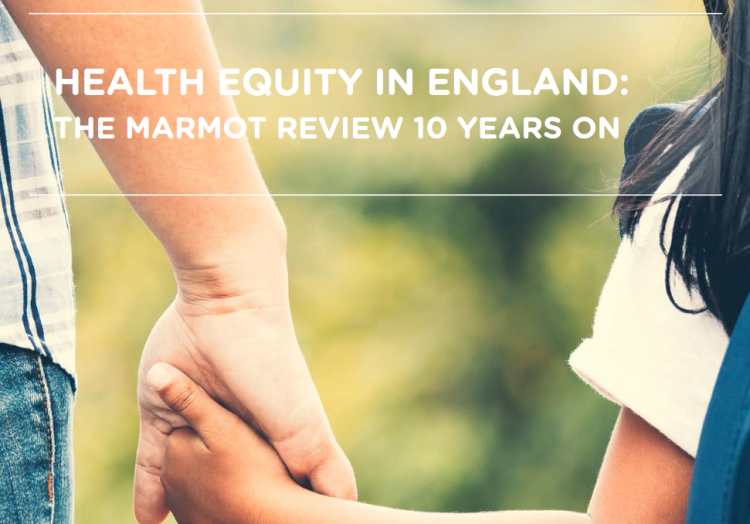 Sir Michael Marmot: When the pandemic crashed down, we were not well prepared as a society

Introduction by Croakey: The coronavirus pandemic has both exposed and amplified inequalities in society, including the deadly toll of harmful government policies and structural racism, according to Sir Michael Marmot, a leading global advocate for action on the social determinants of health and health inequalities.

Marmot recently published a ten-year review of his landmark study Fair Society, Healthy Lives (The Marmot Review), which is a damning indictment on the impact on health and wellbeing  of austerity policies.

In opening remarks to a VicHealth Life and Health Reimagined webinar on health equity on Wednesday, he urged governments and societies not to return to ‘business as usual’, but to put the climate change and health equity agendas together and ensure wellbeing is at the heart of economic policy.

Read his address below, or watch it here. You can also watch the full one-hour panel session.

The Croakey Conference News Service is covering the VicHealth series and will publish a wrap of today’s discussion on Friday. Bookmark our coverage of the series here. 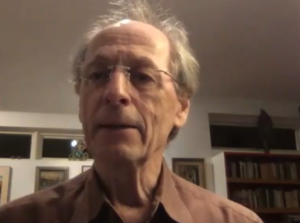 People have been buying Camus’ The Plague. In fact it’s rumoured sales have experienced exponential growth like the virus itself.

In The Plague, Camus said: “The plague is plight and revelation, it brings to the surface the underlying corruption in society.”

Perhaps corruption is too strong a word, but I’ve been arguing since COVID-19 happened that it exposes inequalities in society and amplifies them.

If you’ll forgive me I’m going to talk about Britain. Sharon Friel and Fran Baum have done an excellent paper on inequalities in health in Australia and the effect of COVID-19 so I’ll talk about the British data but I think they have relevance for Australia.

In February this year, I published The Marmot Review: Ten Years on.

February. Feels like another era. It was just before the pandemic smashed down upon us.

In 2010 I published the Marmot Review, looking at the causes of health inequalities in England and what we can do about them. And we identified six domains: early child development, education,  employment and working conditions, having enough money to live on, healthy and sustainable places in which to live and work, and taking a social determinants approach to prevention.

The 2020 review looked at what had happened in the ten years since my original review and it was not a good picture.

Life expectancy in England, which had been improving about one year every four years for 100 years, in 2010 -11 slowed down dramatically. In fact, the rate of increase in life expectancy more or less ground to halt.

Second, health inequalities continued to increase – there is social gradient by level of deprivation of area of residence that got steeper since 2010 and the regional inequalities got bigger.

And third, life expectancy for women in the most deprived 10 percent of areas outside of London actually went down.

Wow. This is really not supposed to happen. We’re used to health getting better all the time.

So health has stopped improving, and health inequalities are increasing, something’s going on, and I commented that we lost a decade.

What could have caused this problem?

Well we had a new government elected in 2010 and the question is: are they responsible?

Difficult question to answer because this is not a controlled experiment. But the government that came in in 2010 had, as its principle reason for being, austerity: to cut the deficit and to cut the debt, to reduce the size of the state. And that they did.

And in each of those domains I mentioned that were in original Marmot Review, things got worse.

And it’s likely that those changes, the rolling back of the state, the regressive nature of reduction in public spending, and the interruption with policies in those domains, it is likely that they were responsible for the stalling of life expectancy and the increasing of inequalities.

So when the pandemic crashed down upon us we were not well prepared as a society.

Very soon when data started came out, the myth that pandemic was a great leveller was shown to be a myth.

I was on the BBC and a senior government person was asked about this pattern. He said it was terrible that BAME groups had high mortality and they should wash their hands and practise social distancing.

I was asked what I thought about the high mortality of black British, what we should do. I said: “We should deal with structural racism.”

“Yes but what should we do tomorrow?”

“Tomorrow we should deal with structural racism. Start right now.”

So what happens now, how do we build back better?

The first thing I’ve been saying is, whatever we do we do not want to go back to the status quo.

But the other crucial point is to do with the climate crisis and sustainability. If we want to build back better, if we don’t want simply want to re-establish the status quo, then we have to put the climate change agenda and the health equity agenda together.

Should we be simply seeking to get economic growth back on track?

No, that’s not the future.

The future should come from what the New Zealand Treasury did, to put wellbeing at the heart of economic policy, create the conditions for people to have the capability to lead lives they have reason to value. That’s the future we should be seeking to establish.