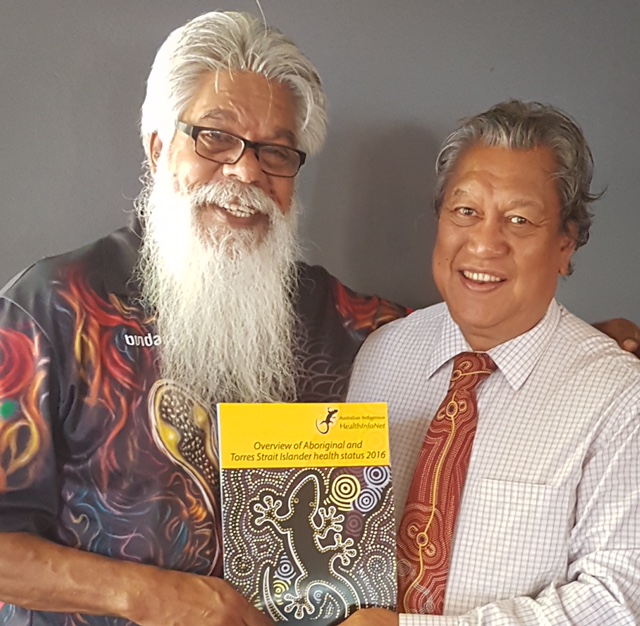 Small gains are signposts to closing the gap

Today is National Close the Gap Day, and if you’re reading this in the morning, it’s not too late to look up an event in your area and get yourself there!

Last year, more than 150 000 people took part in 1596 separate Close the Gap Day events across Australia. The Close the Gap Coalition has also collected more than 212 000 signatures on their pledge, demanding Indigenous health equality within a generation.

Events such as these are an important way to refocus Australians from all walks of life on the urgent need to improve health outcomes for Aboriginal and Torres Strait Islander people yet, as reflected in the recent Prime Ministerial Closing the Gap report, the slow progress can be discouraging.

The Australian Indigenous HealthInfoNet is launching its yearly Overview of Aboriginal and Torres Strait Islander health status today. As with the Closing the Gap report the statistics the group has collated from many sources will reveal that the struggle for health equity is far from over.

In the post below HealthInfonet Director, Dr Neil Drew writes that the confronting statistics reflect lived experience for many who will be reminded of them today. As the appetite for a new Indigenous-led approach such as that outlined in the Redfern Statement gains momentum, we need to acknowledge and celebrate improvement where it is happening.

Only then, can we learn from, and extend, the gains that have been made.

The Australian Indigenous HealthInfoNet have been publishing the Overview of Aboriginal and Torres Strait Islander health status each year for over a decade.  The reports have never been an easy read, not because they are badly written but because for the most part our findings reflect those set out in the latest Closing the Gap report.

The gap is personal

While there has been some headway; on most indicators, progress has been too slow or absent.  Shortly after joining the HealthInfoNet, I welcomed the opportunity to speak to a senior Aboriginal woman who has dedicated her life’s work to improving the health and wellbeing of her people and communities.

She stated, not unkindly but as a matter of fact, that she did not read our overview anymore because it was just too hard to repeatedly endure details of the disparity between Aboriginal and Torres Strait Islander people and other Australians on almost all health indicators. In reality, she said, this was part of her everyday lived experience.

Behind every statistic there are real people; individuals, families and communities who have lived and died in pursuit of better, healthier and more ethical outcomes for themselves and their communities: and therein lies a dilemma.

We cannot afford to ignore the reality of the gap but at the same time we cannot be defeated by it. Nor should we focus on the negative outcomes to the point where the small but important gains are obscured.

In those small gains we can see emerging pathways characterised by determination, dedication, resilience, and importantly the realisation that Aboriginal and Torres Strait Islander people and other Australians are on a shared journey.  The nature of that journey has been eloquently stated in the inspirational goals of the Redfern Statement.

Our shared journey is characterised by the Australian Indigenous HealthInfoNet’s commitment to the key principles of the Redfern Statement including; Aboriginal and Torres Strait Islander led solutions, strong and authentic partnership and engagement; where Aboriginal and Torres Strait Islander leadership is at the heart, not at the margins, of decision making.

For the latest edition of the Overview we have continued our efforts to strike the balance between an honest and open accounting of the ongoing challenges to improve the health of Aboriginal and Torres Strait Islander people and communities, and the many encouraging signs that things are moving in the right direction, albeit slowly.

We know from the Prime Minister’s recent Closing the Gap report, that identified targets in the reporting period have not been meet; with the exception of year 12 attainment.  The target to halve the child mortality rate by 2018 have not been met in this reporting period. While there has been a decline in overall mortality, the target to close the life expectancy gap by 2031 is unlikely to be achieved. The report also indicated that reading and numeracy, and employment targets were not on track.

These remain important and challenging goals that must be addressed in ways  outlined by the authors of the Redfern Statement and many others in recent years.  However, it is important to recognise and to celebrate a number of significant improvements in the health of Aboriginal and Torres Strait Islander people.

in the Overview we report data from a wide range of authoritative sources, indicating that:

(see http://www.healthinfonet.ecu.edu.au/health-facts/overviews for a full list of sources of the data reported above)

In these positive statistics lie the signposts and learnings that guide us together towards more positive outcomes for Aboriginal and Torres Strait islander people and communities.  It has been, and continues to be, a great privilege and honour for all those staff members currently working and those people who have worked at the HealthInfoNet to have been invited to become part of the journey; to live and learn and to walk together towards a healthier future for the First Nation’s people of Australia.

*Dr Neil Drew is Director of the Australia Indigenous HealthInfoNet. On twitter @HealthInfoNet

PrevPreviousNDIS must promote and support community-based programs to meet Indigenous people’s needs.
NextCalling for national action for justice, and wrapping the news from Close the GapNext