Home Public health and population health physical activity So now we have a National Sports Plan. But what does it really offer our health? 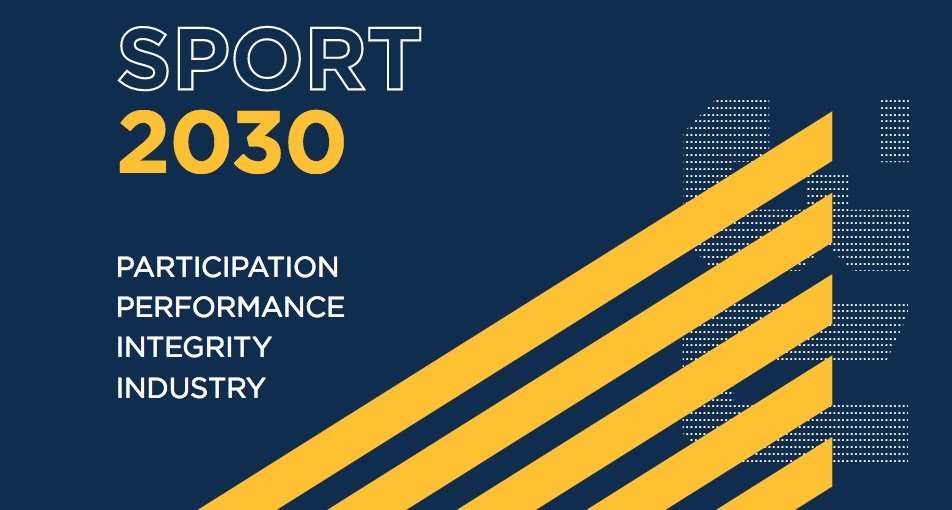 Detail from cover of the new National Sport Plan

So now we have a National Sports Plan. But what does it really offer our health?

The plan contains not one mention of “racism” (according to repeated key word searches) – even though its expressed goal is for “a diverse and inclusive sport and physical activity sector that supports more Australians to be more active more often…” – and anti-racism campaigns like this note that “racism can have a profound impact on people’s involvement in sport”.

Meanwhile, the importance of addressing racism in sport has been recognised by organisations as diverse as UNESCO, the AFL, and the Australian Human Rights Commission (see its 2006 report, What’s the Score), and also highlighted by endless instances of interpersonal and institutional racism.

Nor does the new plan contain one mention of “alcohol”, despite research showing that most parents oppose the high volume of alcohol advertising their children see during sports such as tennis, cricket, Rugby League, and Aussie Rules.

Nor does “junk food” rate a mention despite its association with many sporting events and organisations; indeed, the plan’s only mention of food is that “our national brand in sport supports indirectly many other industries such as food exports and tourism”.

How we can have a national sports plan that does not so much as mention critical health concerns associated with sport?

Meanwhile, some further questions about the plan and its likely impact on health are raised in the article below by Professor Bill Bellew, Professor Adrian Bauman and Dr Lindsey Reece from the Prevention Research Collaboration at the Sydney School of Public Health at the University of Sydney.

The Minister for Sport, Senator The Hon Bridget McKenzie, recently released Sport 2030 – heralded in the Minister’s press release as “a comprehensive plan to reshape the face of Australian sport and build a healthier, more physically active nation.” This reflects the Government’s “strong commitment to link sport, physical activity and preventive health”.

Whilst the word ‘integrity’ is writ large in the new plan, the word ‘violence’ does not appear even once. However, that word, preceded by the adjective ‘domestic’ appears prominently in the media and in recent research examining worrying links between spikes in rates of domestic violence and some of our major sporting events.

The word ‘marketing’ appears three times and the word ‘sponsorship’ twice in the plan; but nowhere are the ethical aspects of marketing and sponsorship mentioned. The plan sets an aspiration for “all sports to unite with a collective voice that engages with the corporate, government and philanthropic sectors to deliver more diverse funding options”.

Vitally important then, for children in particular, but for our community as a whole, that Sport Australia (formerly the Australian Sports Commission) should work to eliminate the unethical aspects of marketing, advertising and sponsorship within sport, especially in domains such as alcohol, gambling, junk food and sugary drinks.

Let’s hope the interpretation of ‘integrity’ is extended to address these issues in the governance, implementation and evaluation of Sport 2030.

Many of us will be concerned about how the ‘health’ bit (rather than the ‘sport’ bit) of the plan will be taken forward.

That’s because as wonderful as gold medals are, as good as high performance and community sport is for those who participate, we need a more imaginative approach than a focus on sport alone to get the rest of the population moving (that’s the vast majority of us, by the way).

Population levels of physical activity needed for good health remain unchangingly low while policy efforts for improving physical activity among Australian adults have been ineffective for more than two decades.

So, what’s on offer here to change that story, to inspire less-sporty, inactive, disengaged, time-poor (perhaps financially poor) Australians to get moving?

The Australian Government makes a commitment to focus on programs and initiatives that target inactive Australians across their life cycle regardless of gender, race, ability, geography and wealth.

Under Sport 2030, we learn that the Government will reframe sport policy to include physical activity, as well as organised and high-performance sport, and commit to reducing inactivity amongst Australians by 15 per cent by 2030. This aspiration is consistent with the target advised by WHO in the new Global Action Plan on Physical Activity 2018-2030 (GAPPA). So far, so good.

But population physical activity levels amongst adults haven’t changed in Australia for two decades, so much work is required.

An Early Childhood Activity Strategy will be developed to improve the quality and amount of physical activity for children under five. Nothing wrong with that.

Sport and physical activity organisations will also be encouraged to give greater consideration to the needs of the least active people, and people with a disability, when designing programs and projects. Easier said than done, but absolutely what’s needed. That’s the approach that England has taken, with some success – but then again, their government committed more than £265 million (about AUD$470 million) over five years – just to tackle inactivity.

So, allowing for purchasing power parity (PPP) and adjusting for population size we might reasonably hope for parity, if the May budget allocates at least AUD$220 million over five years for this component of the plan; concurrent social marketing and mass media efforts would also need at least AUD$50 million over the same period, and a specific evaluation plan, if we are to take these aspirational statements seriously.

In fifteen pages (15-29) of the 80-page National Sport Plan, the chapter ‘Building a More Active Australia’ sets out the aspirational goals for a population approach to physical activity.

With echoes of the Active Australia strategy of the late 1990s and of the Heart Foundation’s excellent advice through two editions of Blueprint for an Active Australia, there is much to like here.

We do not yet know whether the equity principles in the plan will have real teeth when it comes to resource allocation and policy action; will the commitment to women and girls be ‘gender-neutral,’ or (what we really need) ‘gender-redistributive’?

The new gold standard for national plans such as these is consistency with the evidence-based policy actions set out by WHO in the GAPPA. Australia has embraced GAPPA through resolution WHA_A71/18 at the World Health Assembly.

Many will know that WHA resolutions and aspirational goals of governments come and go without necessarily making an iota of difference to the real world.

We should reserve our judgment on the ‘health’ bit of this National Sports Plan until we see whether these aspirations find any traction in the May budget and in the policy implementation commitment of the major parties as the next election draws near.