So we have a new national framework for chronic conditions…

Stop me if you think you’ve heard this one before (with a nod to The Smiths):

…the health system needs to focus more on prevention and to strengthen primary health care, especially for the many patients with multiple chronic conditions… chronic conditions are threatening to overwhelm Australia’s health budget, the capacity of health services and the health workforce… and national action is needed to reduce the impact of chronic conditions.

The refrain of the new National Strategic Framework for Chronic Conditions, recently published by the Australian Heath Ministers’ Advisory Council, is oh so familiar. 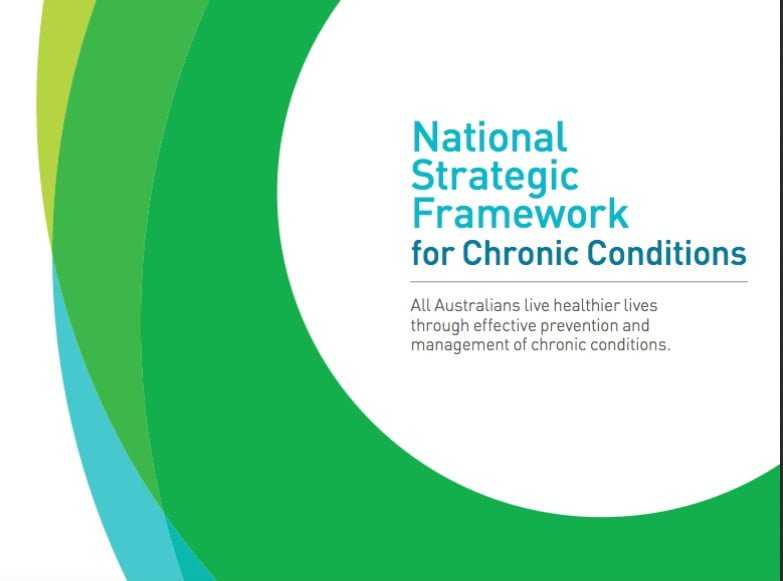 No doubt many people have worked long and hard on the framework – which “provides guidance for the development and implementation of policies, strategies, actions and services to reduce the impact of chronic conditions “ – and simply getting sign-off across the jurisdictions is in itself an achievement.

Perhaps that’s also why it’s packed with motherhood statements – “improving health outcomes for all Australians requires a united approach” – rather than pushing for the boat to be rocked and the status quo to be disrupted.

The framework is directed at decision and policy makers at national, state and local levels, and defines chronic conditions as “a broad range of chronic and complex health conditions across the spectrum of illness, including mental illness, trauma, disability and genetic disorders”.

It describes itself as “a useful resource for governments, the non-government sector, stakeholder organisations, local health service providers, private providers, industry and communities that advocate, and provide care and education, for people with chronic conditions and their carers and families.”

It says priority populations include Aboriginal and Torres Strait Islander people; people from culturally and linguistically diverse backgrounds; older Australians; carers of people with chronic conditions; people experiencing socio-economic disadvantage; people living in remote, or rural and regional locations; people with disability; people with mental illness; and people who are, or have been, incarcerated.

Yet, there is little attention to addressing the upstream factors that contribute to these groups being at increased risk of chronic conditions, as well as to them often being less likely to have access to effective, affordable care.

For example, in addition to improving healthcare for those caught up with the justice system, how about seeking to reduce imprisonment rates?

While Aboriginal and Torres Strait Islander people are identified as priority populations, the report wimps out on naming racism and the ongoing impacts of colonisation as both population health concerns and determinants of the way that health policies, programs and services are designed and delivered.

(By contrast, the 2017 Aboriginal and Torres Strait Islander Health Performance Framework repeatedly identifies racism as a critical determinant of health as well as of access to effective healthcare.)

Then again, there is also no call in the framework to address poverty or wider social and economic inequalities, although the diagram mapping the framework has “equity” as one of its underpinning principles. How might a social justice framing change the discussion?

The framework also dodges having a hard discussion about the impact of rising out-of-pocket healthcare costs, referring rather euphemistically to “cost barriers associated with managing single or multiple chronic conditions, multiple pharmacotherapies, and accessing a range of health services, including those for which there is little or no rebate available.”

The importance of healthy lifestyles is repeatedly mentioned but there is relatively little discussion of addressing the structural, political and commercial determinants of health that entrench an unhealthy food supply, inactivity-promoting environments and our bombardment by unhealthy marketing.

As recently suggested by the outgoing World Health Organization director-general Dr Margaret Chan, it’s difficult to imagine how chronic conditions might be tackled without addressing the political and economic power of the tobacco, alcohol, food, and beverage industries.

Nor is there any mention in the framework of public and policy debate that is so often toxic for some of the “priority populations”.

While there is talk of the importance of the health sector working in partnership and collaboration with other sectors (including the environment, housing, education, employment, transport and social services), there is no call for explicit processes and structures to enable health in all policies approaches (although at least one HiAP article is referenced).

By and large, the framework seems far more focused on the health sector than on how other sectors could contribute, although as Margaret Chan noted, the roots of chronic diseases tend to be in the non-health sectors.

Still, the framework is a start, after a period of inertia. The document has been much anticipated given Australia’s “underwhelming” efforts to date in tackling chronic conditions.

The plan is to review the framework in three years. Maybe the next version will address the intersections between climate change and chronic conditions.