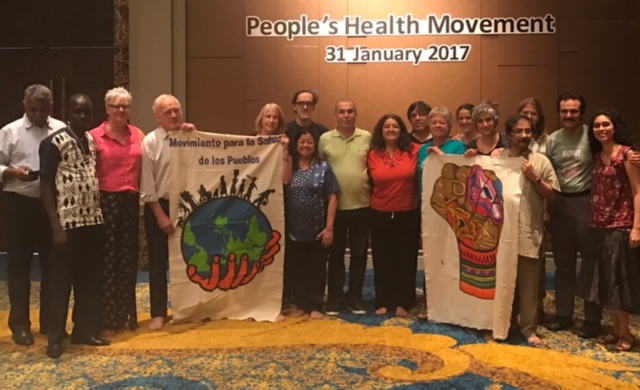 If I asked you to identify vulnerable populations – both within Australia and globally – most well trained Croakey readers could probably come up with a decent list.

We post a lot about the social determinants of health and rightly so. Issues such as financial stress, insecure housing, and limited access to education, employment, nutritious food and basic healthcare make people and populations who are subject to these hardships much more vulnerable than others to ill health and early death.

And as inequality within and between populations around the world is increasingly being recognised as the biggest threat to global health and security, the question of how to reach out to vulnerable groups is firmly on the agenda.

The theme of an international conference being held in Bangkok this week is, Addressing the Health of Vulnerable Populations for an Inclusive Society.

Inclusion is another thing we talk a lot about – making health, social and other services inclusive so that vulnerable groups can access them. But as Professor Fran Baum from Flinders University’s Southgate Institute for Health, Society and Equity, explains below, on the path to inclusion, it is well worth stopping off to discover what societal structures have caused people to become excluded in the first place, and to change the things that are keeping them there.

Fran Baum is attending the conference and is also Chair of the People’s Health Movement Advisory Council, from whose meeting this post is drawn. The conference is ongoing: you can follow using the hashtag, #pmac2017.

The Prince Mahidol Award Conference is being held in Bangkok this week. The conference, which focuses policy-related public health issues of global significance, is hosted annually by the Prince Mahidol Award Foundation, the Royal Thai Government and other global partners, for example the World Health Organization, the World Bank, and the Rockefeller Foundation.  The theme for his year’s conference is “Addressing the health of vulnerable populations for an inclusive Society”.

The meeting stressed the importance of social inclusion in achieving health for all. We examined the political economy of social exclusion and defined five societal processes that produce exclusion:

Given the dominance of such exclusionary processes, the focus of the People’s Health Movement is on changing the structures that maintain and support these processes. Our meeting presented details of an on-going action research project which is examining the ways in which healthy civil society operates to achieve health for all.

We examined the importance of articulating a clear theory of change, which links actions and strategies to the aim of influencing structures rather than focusing on the behaviours and actions of the people who are the victims of colonialism, neo-liberal or patriarchal structures.

By way of a powerful case study of how this can happen, Anele Yawa gave a presentation on the Treatment Action Campaign (TAC) in South Africa. Yawa, who is General Secretary of the TAC, showed how the campaign started to address the exclusion of people with HIV/AIDS from effective treatment because of the cost demanded by Big Pharma.

TAC created a mass movement of people directly affected by HIV/AIDS and the movement was highly successful in lowering the cost of drugs and including those previously excluded from treatment.

Their work now also includes reducing discrimination and ensuring that groups such as sex workers can gain access to treatment. Now TAC is looking more broadly at how health systems may exclude people from access and how the mass movement it has created can be mobilised to think more broadly about health services and the social determinants of health.

Throughout the The Prince Mahidol Award Conference members of the People’s Health Movement will be reminding delegates that social inclusion will only be achieved when the exclusionary processes we have identified change to be more inclusive and healthier.

As David Sanders (Co-Chair PHM Global Steering Council) summarised “We should not limit the struggle to the obvious problem but go to the causes of the causes,”

*Fran Baum is a Matthew Flinders Distinguished Professor of Public Health and Director of the Southgate Institute of Health, Society and Equity at Flinders University. She is the Chair of the People’s Health Movement Advisory Council and a member of the Global Steering Council. On twitter @baumfran . To follow the conference #pmac2017

PrevPreviousVictoria’s Environmental Protection Agency reform: the case for a national rollout
Next“Raise a glass to the green and gold”: Should alcohol companies promote drinking on Australia Day?Next