Some critical insights into how to improve Indigenous health and wellbeing: a new report

For research and programs to make a positive difference for Aboriginal and Torres Strait Islander health and wellbeing, they must be based on “Indigenous ways of learning, knowing and being”.

That was a central theme of the University of NSW’s fifth annual symposium on Indigenous health research, Dreaming up the future of Aboriginal and Torres Strait Islander public health, which was held in Sydney on Friday.

Thanks to Professor Lisa Jackson Pulver, Director of the Muru Marri Indigenous Health Unit at the University of NSW, for providing this overview.

When it comes to improving Indigenous health, what works?

By Lisa Jackson Pulver on behalf of Muru Marri

Given their numbers and the billions of dollars spent on them, it is surprising how little is known in the wider community about the support programs which work in Aboriginal and Torres Strait Islander communities. More important, why they work has rarely been studied.

That gap in health research has now been addressed substantially with the release of a report, The social and emotional wellbeing of Indigenous youth.

The report is the result of years of work by Muru Marri at the UNSW at the behest of the former Commonwealth Department of Families, Housing, Communities and Indigenous Affairs.

Too much bureaucratic effort and media attention in Indigenous affairs has focused on the negative: how government programs and policies can fail and why, how resources can be wasted and lives broken. The constant negativity only reinforces the harm being done to Indigenous people. 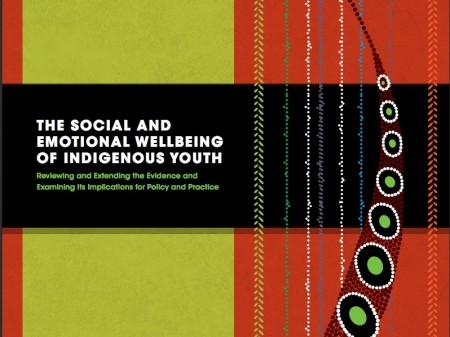 This report takes the opposite approach. It seeks – at long last, most will say – to identify what exactly makes good programs succeed in supporting and enabling Aboriginal and Torres Strait Islander peoples to thrive and succeed.

Six programs, from Sydney, regional NSW, the Northern Territory, Queensland and South Australia, which have been working successfully for extended periods are analysed in detail, and the factors essential to their success identified.

The report was released on Friday at the University of NSW’s fifth annual symposium on Indigenous health research, Dreaming up the future of Aboriginal and Torres Strait Islander public health.

But with the programs that work, “what is happening that has helped young people move from the negative to the positive?”

From analysing the six projects, the researchers identified a series of factors critical to success. The projects all did these things – though how they did them sometimes differed in ways appropriate to each one.

The report groups the factors in four concentric layers: from the centre, the way an individual program relates to individual clients, outwards to a program’s sustainability, then to its ability to grow, and last to the outermost layer, the attitude of society as a whole to helping its marginalised members reach their full potential.

Indigenous ways of acting and being are crucial to success.

At the core, for example – the interface between program and client – ten factors are critical to effectiveness. They include:

Of the four sets of critical factors for success, Melissa Haswell says: ‘You read these and think, “Well, of course.”’

But she says, though they may seem obvious, they can get lost – as the fate of less successful programs shows.

“If we put this list of critical factors first, it will be protected and will guide future programs.”

A keynote address to the symposium from Pat Anderson, chair of the Lowitja Institute, made the case that racism has played a central role in undermining the health system’s performance for Indigenous Australians.

Another keynote speaker, Professor Michelle Chino, from the University of Nevada, Las Vegas, described the health and other challenges facing Native Americans as the result of their history of dispossession and neglect or oppression – challenges which the audience will have recognised only too well from the Australian experience.

My own keynote address covered the many pathways to understanding and progress in Aboriginal and Torres Strait Islander health.

The symposium heard of progress on the Gudaga study – a longitudinal study of Aboriginal children in the Tharawal community in south-western Sydney, which after eight years has now evolved into three separate studies, of crucial importance in understanding the link between early life experience and the transition to school for Indigenous children.

Associate Professor Elizabeth Comino told a seminar session of the lengthy and careful process behind the study – the time taken to win the confidence of the community, involving its members and particularly the mothers participating in the study in decisions about the research.

A panel discussion, chaired by Pat Anderson with five other participants (including this writer) discussed issues facing the Aboriginal and Torres Strait Islander public health workforce.

The list illustrates the strength and the breadth of the research effort now under way into Aboriginal and Torres Strait Islander health at the UNSW.  But their impressive variety and wide scope should not divert attention from the truth at their core.

In the papers, in the panel discussion, and in the Social and Emotional Wellbeing report, one theme stood out: the central importance, when researching Aboriginal and Torres Strait Islander phenomena, or devising programs with Aboriginal and Torres Strait Islander people, of valuing, and basing all work on Indigenous ways of learning, knowing and being.

Without that solid foundation, effort and resources will continue to be under-utilised appropriately.

Meanwhile, you can read more about the day’s discussions on Twitter (with a selection of tweets from #AUNSWS below). 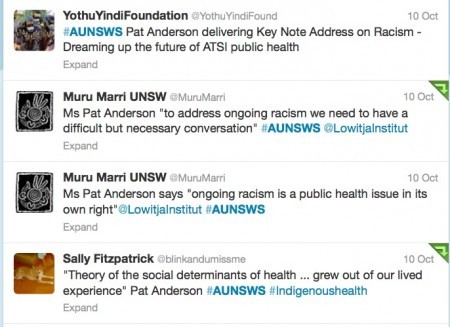 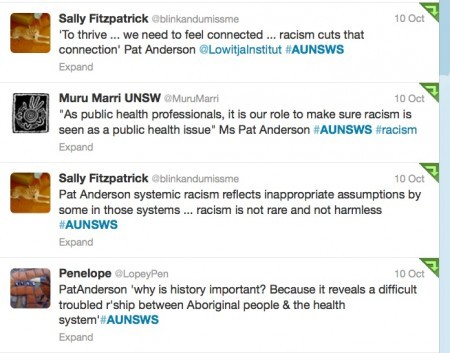 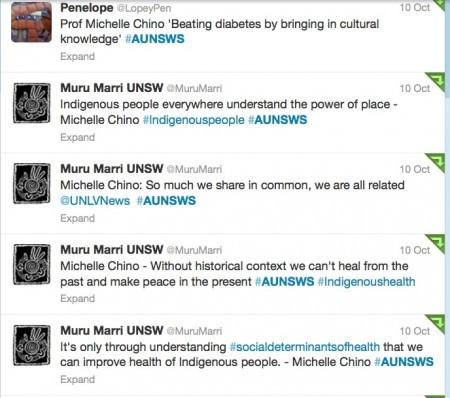 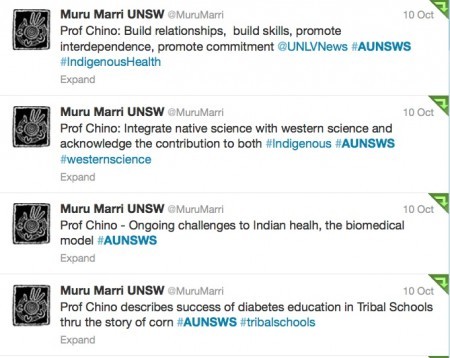 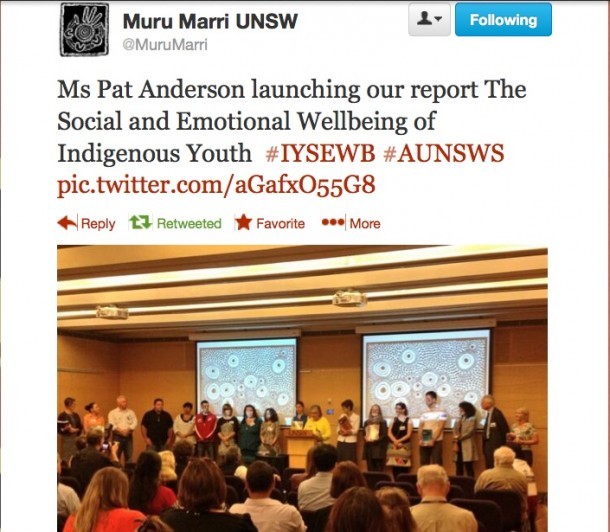