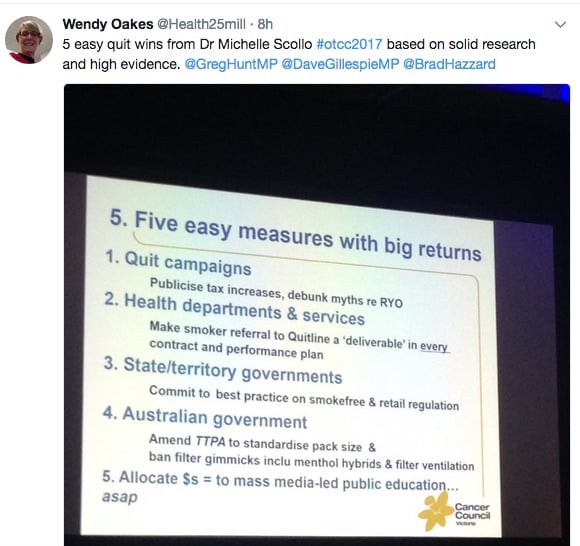 Some “easy” wins for tobacco control, at a time of flagging momentum

Political and public complacency, and pushback by the tobacco industry are threatening Australia’s progress in reducing tobacco use and and harm, an international health conference was told in Hobart on Tuesday.

“Identifying smokers, advising them to quit and referring them to Quitline services should, we think, be standard routine care,” she later told Croakey.

“The best way to do that is to ask such services to report numbers of smokers and percentages referred. This should be a deliverable for each service and each manager that works in such services.”

Scollo also said there could be significant benefits, particularly for lower income Australians, in ensuring that smokers know nicotine replacement therapy (NRT) is on the Pharmaceutic Benefits Scheme, with 90,000 more scripts filled by health care card holders last year than five years ago.

Currently only about half of smokers know NRT is on the PBS, and less than half of the Quit websites in Australia mention it or explain how to properly use NRT, she said.

Presenting a series of “lists of five” (see slides at the bottom of this article), Scollo also called for significant funding, to be drawn from the $12 billion raised each year from tobacco taxes, to be put into mass media led campaigns to address complacency.

Scollo was the Australian representative in the opening plenary session at the biennial conference yesterday, which set the scene about the current state of play in tobacco control across the Oceania region. Croakey will report later on the issues outlined for New Zealand and the Pacific by other presenters, including Cook Islands Health Minister Nandi Glassie.

Scollo also presented today on the benefits of tobacco taxes, and called for a minimum price for cigarettes – a policy also recommended by other presenters, as Croakey will report in coming days. 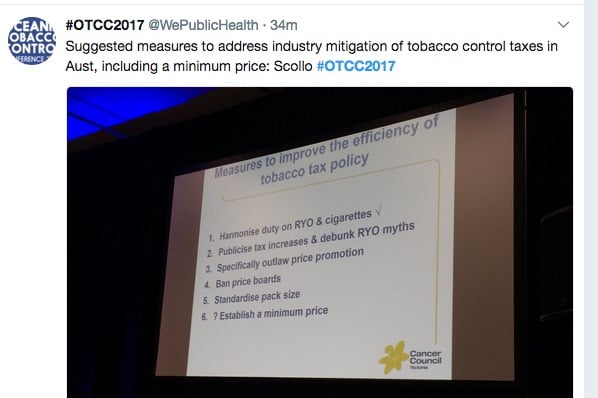 Scollo rejected recent “screaming headlines” that smoking reduction rates in Australia had “stalled” since the introduction of plain packaging in 2013.

She pointed to evidence in The Lancet that Australia is one of only 13 countries in the world where smoking declined both from 1995 to 2005 and 2005 to 2015 and also to a report prepared for the Australian government, looking at monthly rather than three yearly prevalence, which “suggests smoking fell over a cliff in early 2013”.

“The AIHW’s 2016 National Drug Strategy Household Survey survey that showed the daily smoking rate did not significantly decline over the most recent 3 year period (2013 to 2016) would need to be repeated in the next survey before we could call this a stalling,” Scollo said.

That was not surprising, she said, given the massive focus on tobacco control in 2013, with the introduction of plain packaging, new large health warnings and the Federal Government’s announcement of four large tax increases.

But Scollo said it was still disappointing that the rate of quit attempts dropped off, and also to see some lost urgency among some smokers who were still intending to quit but not in the immediate future.

“What we are seeing is an increase in the percentage of smokers intending to quit but not immediately, a kind of dropping off of the smoking issue from today’s agenda,” she said. 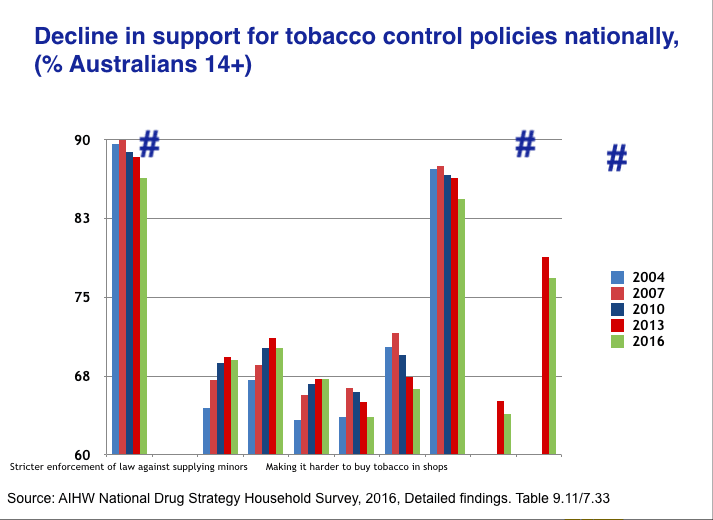 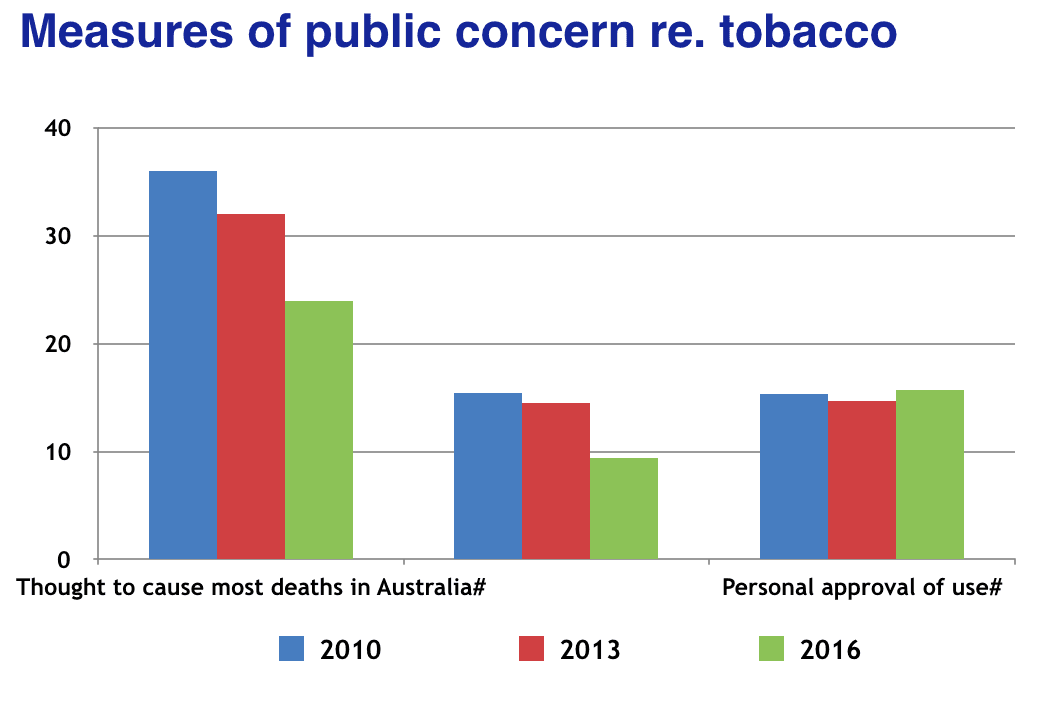 Scollo said big issues were looming for tobacco control, not least decisions made about e-cigarettes, but she said there were also a number of “almost ‘stroke of the pen’” steps that could inject new momentum and deliver significant gains.

“Some of that money could easily – and should – be allocated to public education of the direct, no punches pulled kind that will put smoking firmly back on the agenda, both for smokers and the people around them,” she said.

“With a good enough campaign, perhaps we can also promote or elevate tobacco control on Australia’s political agenda, not just the regulation of tobacco replacement products and illicit tobacco but all the things we need to do to reduce the enormous burden of death and dates that continue to be caused by tobacco in Australia as it does throughout the rest of our region,” she said. 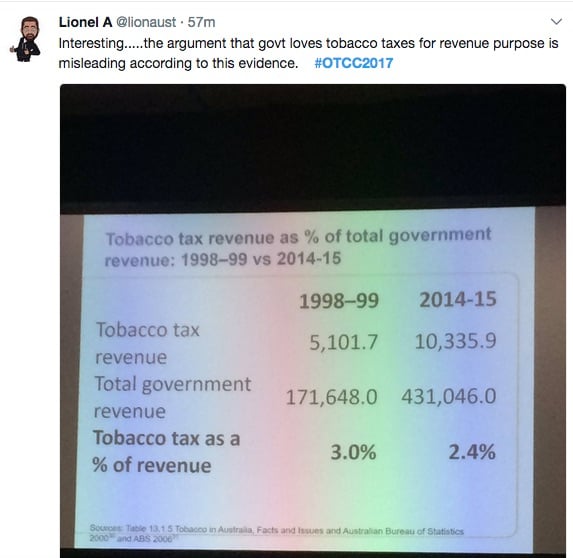 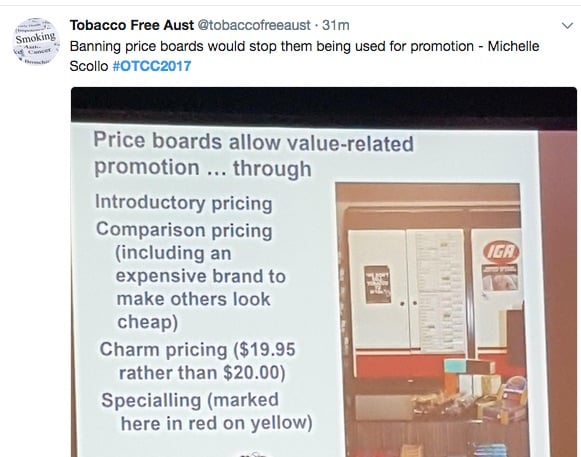 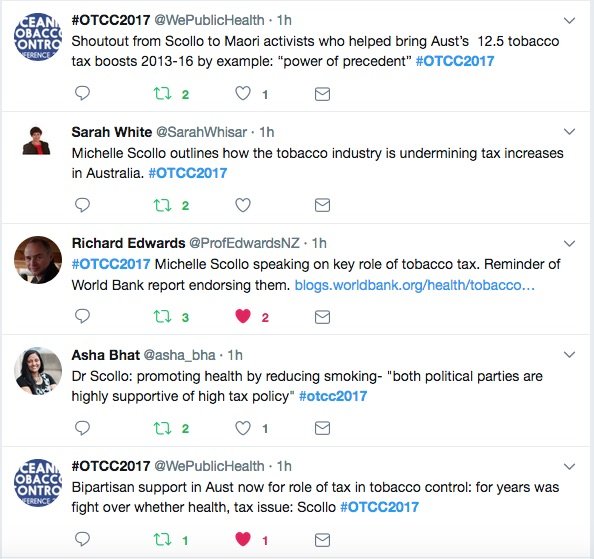 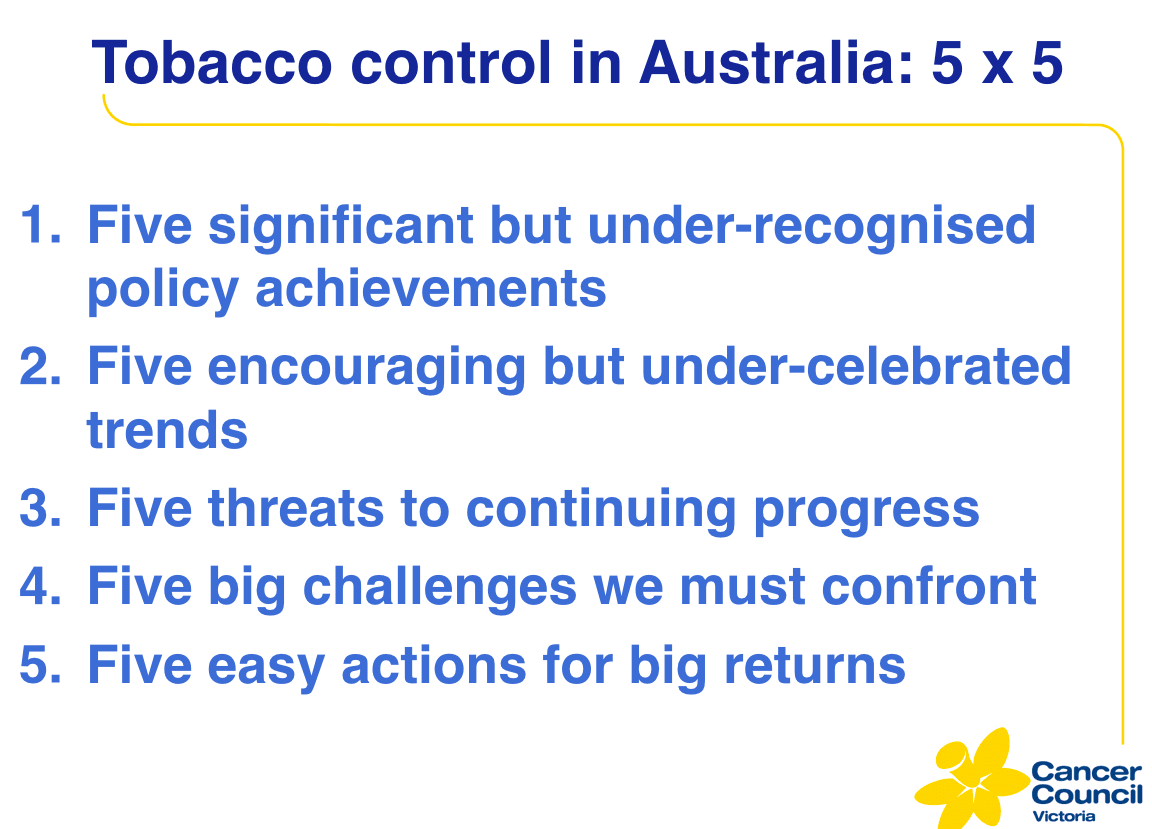 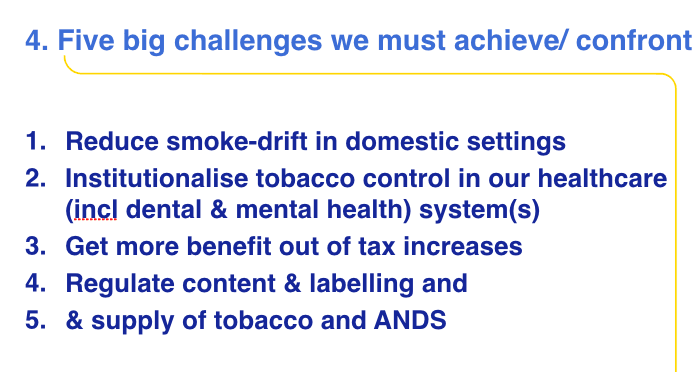 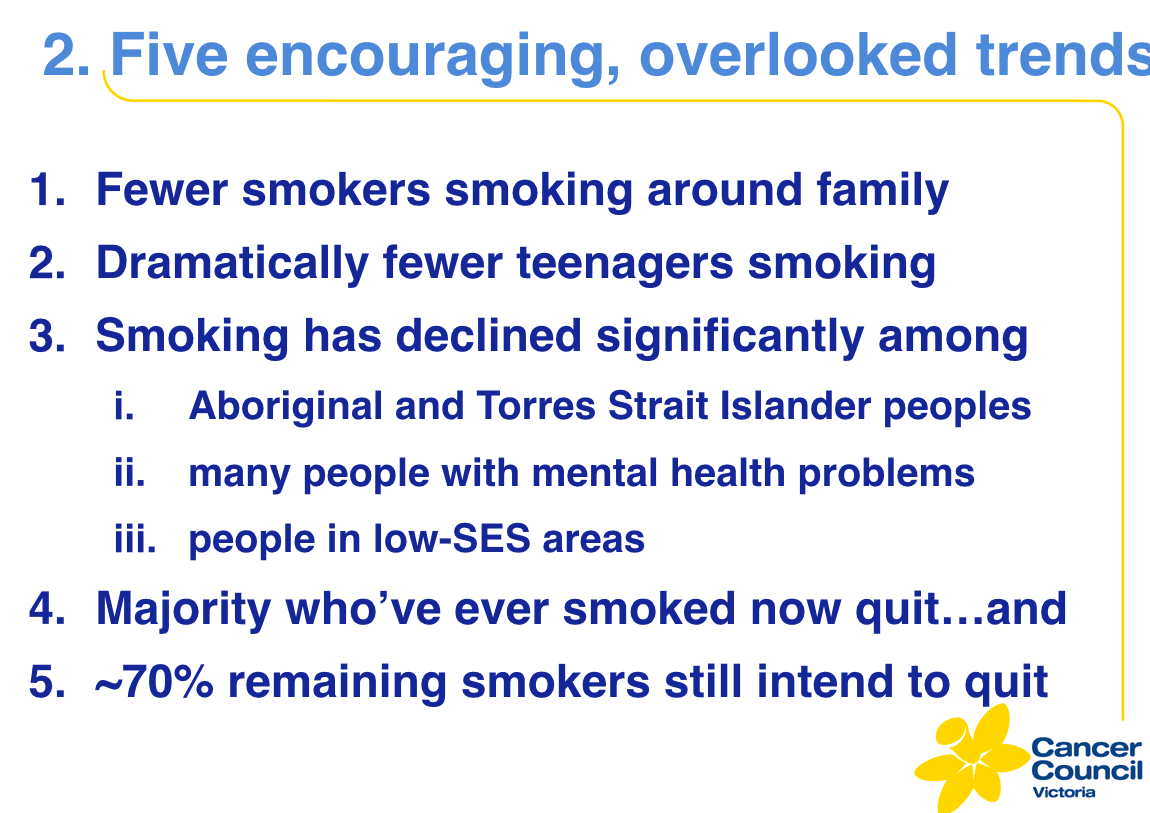 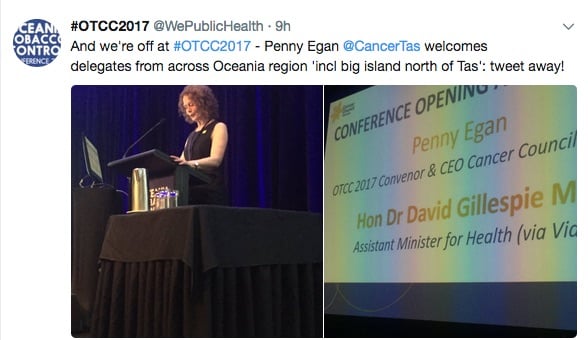 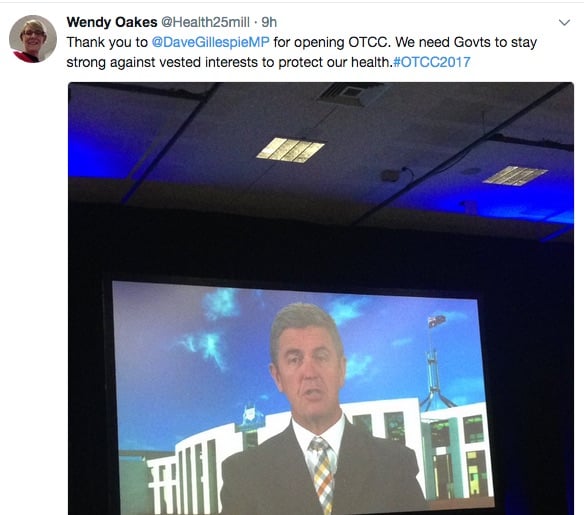 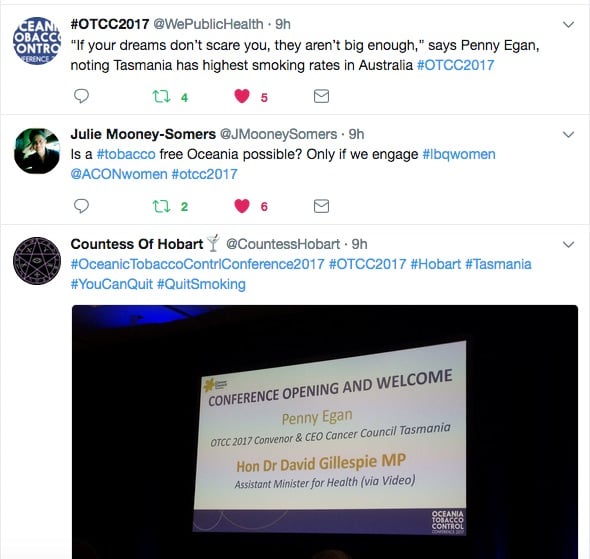 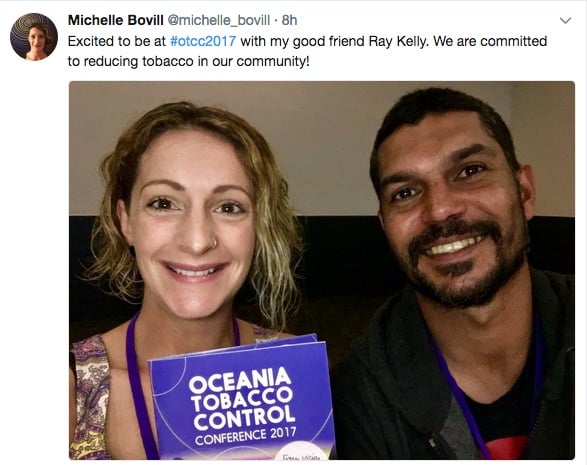 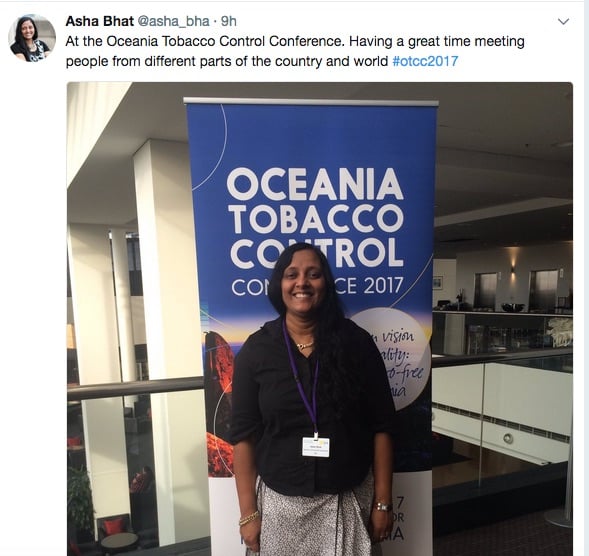 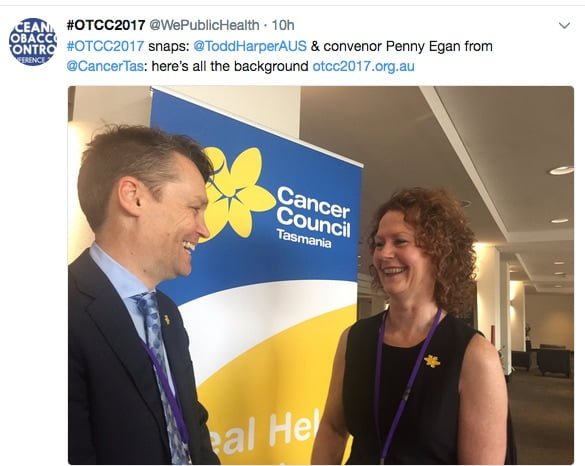 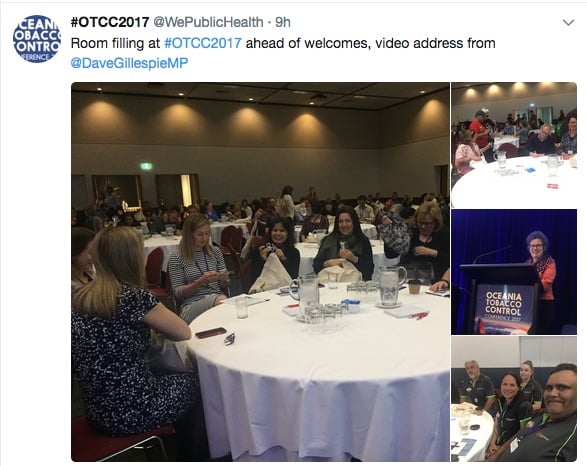 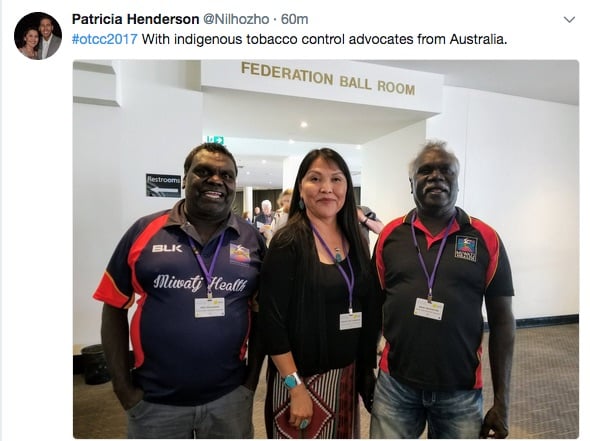 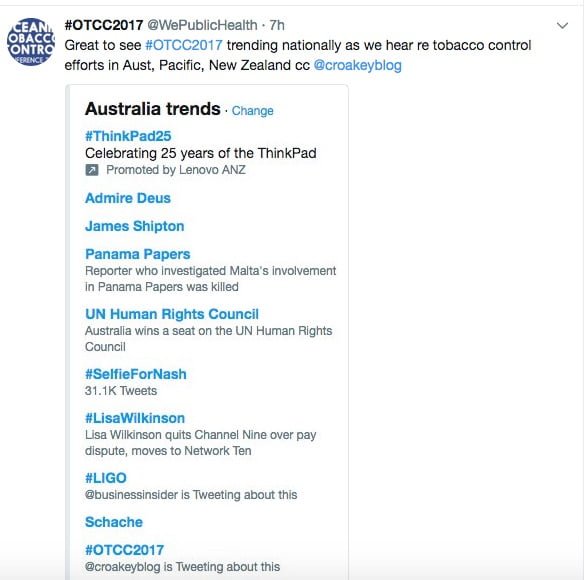 A damning review of e-cigarettes shows vaping leads to smoking, the opposite of what supporters claim

The Health Wrap: on budget day, and with an election looming, it’s time to get out the calculators