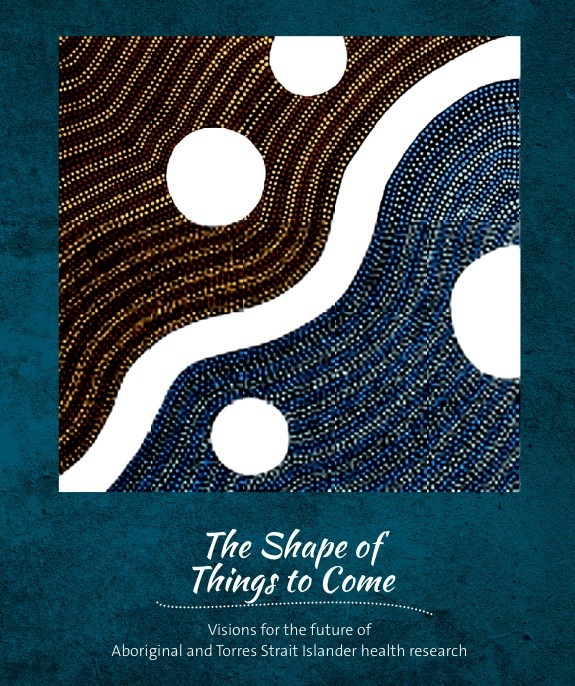 Where do you think Australia is heading? And what might that mean for Aboriginal and Torres Strait Islander health and research?

Contrasting scenarios are imagined in a new report from The Lowitja Institute, The Shape of Things to Come: Visions for the future of Aboriginal and Torres Strait Islander health research.

The report is based on a series of national workshops, and uses “futures thinking” and insights from futurists to consider how research might contribute to Aboriginal and Torres Strait Islander health and wellbeing in 2030.

(Update on 12 March: you can read here what the Lowitja Institute’s chairperson, Pat Anderson, told the launch of the report at Parliament House in Canberra.)

The global context for 2030 is summarised as:

In 2030, some of the specific issues and trends for Aboriginal and Torres Strait Islander people will include:

The report also imagines two contrasting versions of Australia in 2030:

• In one version of our future, Australia is a place in which Aboriginal and Torres Strait Islander people and cultures are highly valued and interwoven into a broader, more caring Australian society at all levels. Diversity and difference are celebrated for the strengths they bring to society. Health care is focused on holistic concepts of wellness and prevention: keeping people strong and healthy. There would be less focus on consumerism and a greater focus on sustainability and community values.

• In the other version, serious, long-term economic downturn leads to increasing insularity and racism, dismantling of public services and legislation such as land rights. The rights of business would override the rights and interests of communities and individuals. Health care would become increasingly privatised and medicalised and focused on acute rather than preventive care.

Focus on better research systems rather than topics

One of the report’s main findings is that rather than focusing on particular areas for research, there is “a strong and widely shared desire for a profoundly different system of research”.

Contributors wanted a more effective ‘system’ of research that would enable greater integration of health services, policy, community and research. Such a system would be responsive to changing research demands, but also to changing social, economic, technological and knowledge landscapes.

One example of how this might work by 2030: partnerships and networks for Aboriginal and Torres Strait Islander health research are funded to facilitate participation in the research system by not only researchers, but also by service providers, policy makers, consumers and Elders.

Participation in these networks and in research work is recognised as a valuable aspect of service providers’ and policy makers’ roles, and resourced accordingly (the cost-effectiveness of these investments having been demonstrated conclusively in the preceding decade).

Addressing the wider determinants of health

Contributors also stressed the need to actively address the social determinants of health, and suggested the health and health research sectors may need to play a facilitating role, inviting other sectors—such as education, justice, local government—to collaborate and maximise the impact of their collective efforts to bring about change.

The report also highlights a need for more evidence and evaluation around early childhood development programs (social as well as physical development) was also seen as a priority for the immediate future.

While the report argues the need to strengthen research capacity and work towards a positive vision for the future, news from New Zealand provides a reminder of the unpredictability of the wider environment.

In this article, leading Māori  researcher Professor Linda Tuhiwai Smith responds to the news that in NZ, the Tertiary Education Commission, through the Royal Society of New Zealand, will not be continuing support for Ngā Pae o Te Māramatanga, the National Institute of Research Excellence for Māori Development and Advancement.

Professor Tuhiwai Smith, who is a keynote speaker at the forthcoming 2014 AIATSIS National Indigenous Studies Conference, and the author of the internationally influential book, “Decolonising Methodologies: Research and Indigenous Peoples”,  writes powerfully of the perseverance, vision and stamina that was required to build an indigenous research infrastructure and vision in NZ over some decades. This is now at risk, she warns.