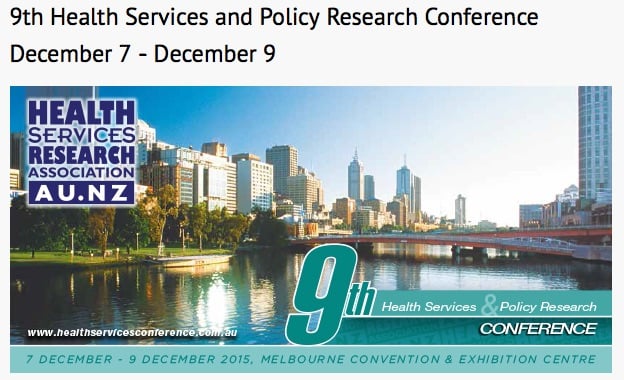 The private health sector and many other areas of Australia’s health system are under-researched, and offer ripe pickings for health services researchers, according to presentations at the #HSR15 conference in Melbourne.

In addition to Professor Kathy Eagar’s advice that all early career health services researchers should “get out of your university and go and work in a health service”, other experienced researchers have plenty of pointed suggestions for the field.

Health services researchers in Australia need a more rigorous training program, according to Professor Gary Freed from the Universities of Michigan and Melbourne.

This training should include a detailed study of how the health care system works and where the funds flow.

Freed is amazed how little some health services researchers in Australia know about how their health system works. He specifically recommends that all researchers make sure they understand the history of Medicare and how its various item numbers are reimbursed, before starting their research.

In addition, Freed suggested that all researchers should get out of their comfort zones and stop focusing on specific diseases or a single aspect of the health system.

He urged researchers to focus more on the health system as a whole, though he acknowledged that this can be difficult when grants are often structured along disease-specific lines.

He also identified a number of key under-researched issues in Australia, including the federal-state interface, the interplay of funding mechanisms for doctors and hospitals, the role of private health insurance in utilisation of health services and the impact of funding arrangements for outpatient care.

These are issues that he says researchers would be “all over” in the US but have not been systematically studied in Australia.

Overall, he believes that the private health care system in Australia is very under-researched and that it is important to build data systems that will enable researchers to examine it more robustly.

Keynote speaker Professor Sherry Glied from New York University agreed with Freed’s analysis, and added that there is an enormous amount of information lying around in “aggregates, averages and means” in Australia that hasn’t been analysed in more detail.

She also made the case for more research with a broad or systems focus, arguing that while research funding bodies tend to fund research on a disease or population specific basis, most health care policy has a provider focus and therefore research should reflect this perspective.

In general, Glied said that the supply side in health care is grossly under-studied, particularly in mixed public-private systems as there is typically no comprehensive data on the flow of funds throughout this system.

Echoing advice from Kathy Eagar to young researchers,  Glied believes it is incredibly instructive for researchers to get into health services to talk to providers, patients and government, saying “when you talk to these people you often realise that you have the data and methods to answer questions they are asking, you just didn’t ever realise that they were questions.”

Her advice to early career researchers is to “take a walk around the hospitals, talk to the clinicians and meet with consumers.”

She does not see traditional academic assessment mechanisms as a major barrier for researchers wanting to get involved in policy making and service delivery, pointing out that there are different ways in which researchers can build a career profile and that being involved in major policy changes can generate as much recognition and status as publications.

Glied also stressed the important role that health services research can play in empowering consumers and other under-represented groups in the policy debate by assisting them to combat the power of the vested interests that so often dominate the health system.

For example, she described how health services research had identified population groups who were under or uninsured, and were thus able to create a constituency who supported universal health insurance and were able to combat some of the opposing self-interested views of providers.

Glied also advised the health services research sector to be vigilant in looking for opportunities to contribute to policy debates.

She notes that the policy and political environment can “turn on a dime” and that researchers have to be ready with the relevant data and advice to take advantage of the opportunities when they arise.

Her experience in working on the development and implementation of “Obamacare” demonstrates how influential health services researchers can be when they understand and are able to work within the political sector.

Experienced public sector manager Graham Scott also urged researchers to focus on the “big picture” arguing that “we have to position what we do in a political environment.”

He suggests using data to stay “ahead of the game” by identifying issues likely to be of high priority to politicians and being pro-active in suggesting workable solutions and avoiding typical failures from uninformed ‘policy-on-the-run’.

He said that he believes that most politicians will listen to sensible advice from researchers with data to back up their position, as they do want ideas that work and don’t want to make stupid mistakes.

Citing examples from the UK, New Zealand and Australia, he nominated the setting of targets for emergency department waiting times as a particularly ill-informed policy that could have benefited from input from health services researchers.

This advice is particularly salient in the current political climate in Australia.

With a number of key areas of the health system under review and the announcement yesterday of the Government’s $1.1b innovation fund, there are clearly opportunities available for health services researchers to get involved at the political level and influence the health policy agenda.

However, with lobbying from high profile interest groups on issues of self-interest and with health not even on the radar of the innovation fund (the PM’s statement launching the “ideas boom” did not mention “health” once), health services researchers will need all the advice and support they can get to ensure their work receives the attention and profile it deserves. 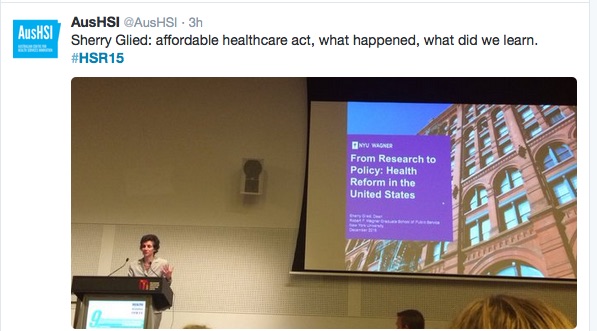 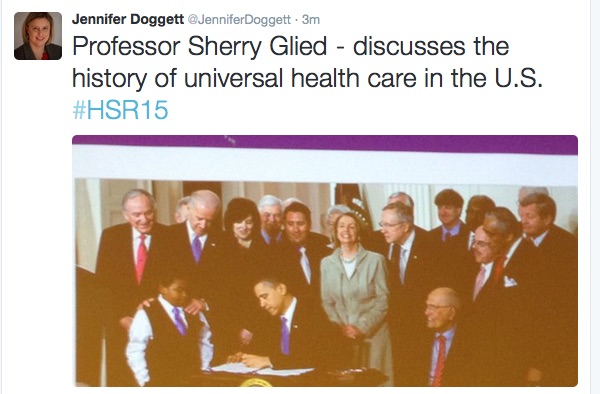 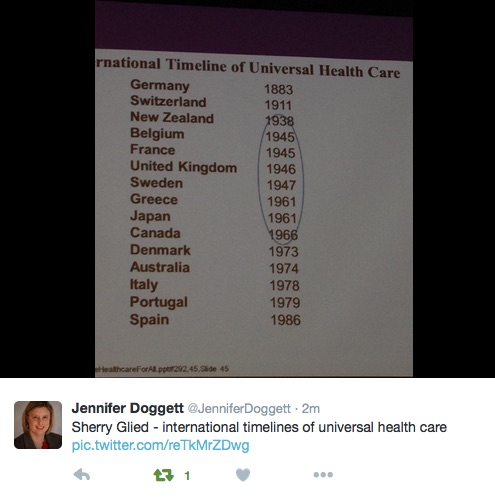 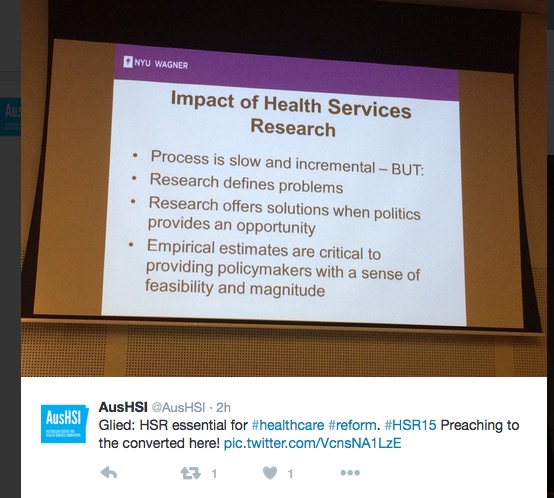 PrevPreviousBroad church of organists: a Naked guide to the medical specialties
NextOur Healing: Indigenous men break the cycle of violenceNext