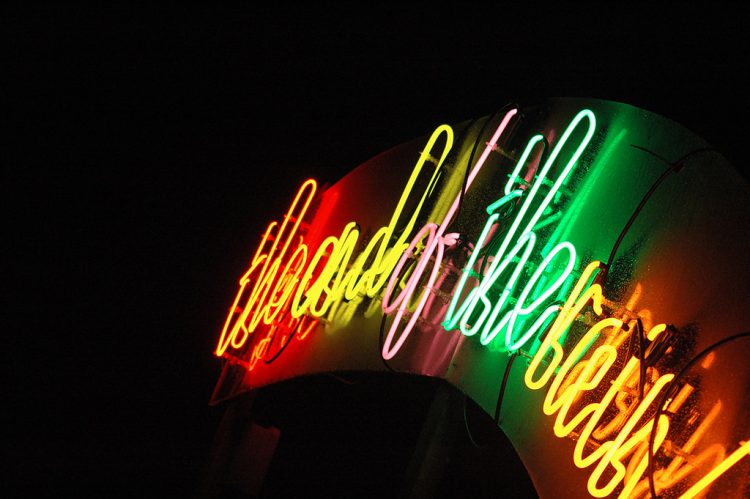 Somewhere over the rainbow, $158 billion in opportunities lost

“My generation are staring down the barrel of a climate crisis… We are the generation which will live with the results of your inaction, your craven political cowardice and your disgusting greed. You are gifting to us an unequal and polluted world. And we will not forgive nor forget your betrayal.”

Greens Senator Jordan Steele-John did not mince words last week during the debate on the Morrison government’s unprecedented $158 billion in tax cuts, describing them as the prelude to a “savage, predator-style capitalist state which will drive millions of our most vulnerable people into the most crushing forms of economic inequality and poverty”.

The cuts – estimated by the Grattan Institute to gouge about $300 billion from government revenues over the coming decade – will be made in three phases, with the majority of the cost ($131 billion) coming in the third and final tranche, at overwhelming benefit to the most wealthy Australians.

In its analysis, Grattan highlights that the lost revenues in 2024-25 alone (some $12 billion) is more than the government spends annually on the Pharmaceutical Benefits Scheme. It also exceeds Federal funding for universities, public schools, or unemployment benefits, according to ACOSS.

Already there are huge gaps in our essential services that are leaving people to struggle with out-of-pocket costs and huge delays.

We have a housing affordability crisis, an ageing population, entrenched poverty among people who are unemployed, and eye-watering childcare costs. We need to ensure we have the public revenue we need to face these challenges as a community.”

Some heroic assumptions underlie the government’s promises around these cuts, including a fall in health spending (0.7 percent p.a. compared with 2.7 percent historically) over the coming decade and plateauing in social security and welfare payments (see Grattan Institute graphs below). This is despite an ageing population and growing chronic disease burden, ramping up of the NDIS, and looming recession.

During debate on the legislation, Senator Louise Pratt noted that health, aged care and disability services alone are expected to cost an additional $21 billion extra per annum and “we already don’t have this revenue”. 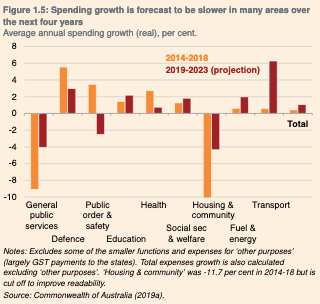 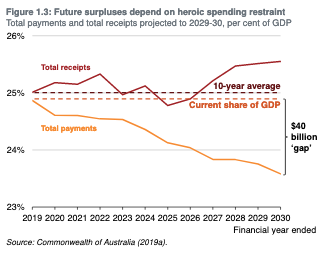 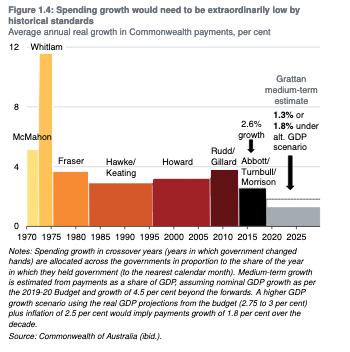 The media has been quick to highlight what the tax cuts mean in hip-pocket terms for ordinary Australians, but the real question is what these cuts mean in terms of services, support, and projects that will be lost or never realised.

Drawing on the Parliamentary debate and policy platforms and costings, we’ve compiled a list of the $158 billion in lost opportunities green-lighted by the 46th Parliament. We’d love to hear your suggestions on anything we have missed.

For $158 billion we could double business-as-usual Federal spending on health. In 2016-17 the Commonwealth contributed $75 billion to health expenditure, according to the Australian Institute for Health and Welfare, including $27.5 billion for primary care, $45 billion in direct funding to the MBS and PBS, and $22 billion for hospitals.

Taking just a third of the lost revenues we could fund universal public dental care ($45 billion) or, for a fraction of the cost, provide free dental care for three million Australian pensioners ($9.3 billion).

For next to nothing we could roll out Deadly Choices nation-wide ($5.5 million p.a.), fund targeted efforts to end rheumatic heart disease ($33 million) tackle vision loss ($13 million) and sexual health ($20 million) in remote communities, or expand drug and alcohol treatment – including full funding of opioid substitution therapies and safe injecting facilities – for $2 billion.

The Morrison tax splash could go a long way in easing some of the determinants of health and wellbeing for families, funding all of the following with cash to spare:

We could invest $30 billion to bring every public school in Australia up to scratch in terms of capital works, staffing and resourcing, and fund a free school breakfast every day for every child. For another $5 billion, we could complete the National Broadband Network to the highest standard and establish a Federal Telecommunications Concession to ensure everyone can afford access.

If we were prepared to find $10 extra billion ($169 billion) over the medium term, we could fully subsidise TAFE and university, making them free for a new generation.

We could raise Newstart by $75 per week at a cost of $55 billion through to 2030, or build 500,000 new affordable dwellings and address homelessness for $84 billion. It would cost just $800 million to repair, refurbish and construct new homes to meet need in the remote Northern Territory.

For $30 billion we could improve and extend rail and bus transport and encourage cycling, which would be better not only for our health but also our climate. For $158 billion we could build a high-speed East Coast rail network linking the major cities on our eastern seaboard ($4 billion)… forty times over.

Directing this kind of money towards the climate crisis would be a meaningful start to mitigation efforts, as Janet Rice so eloquently explained during the Second Reading debate:

We could invest in solar, wind, pumped hydro, the electricity transmission network, public transport, our electric vehicle charging network and clean hydrogen exports to wean our economy off coal and gas and oil. How much could we invest in revegetating and rewilding our landscapes, increasing our carbon stocks while helping our regions cope with drought and restoring critical habitat to help stem the extinction crisis?”

As good global citizens we could increase our humanitarian intake to 50,000, abolish offshore detention, reinstate the Humanitarian Settlement Services Program and SRSS for $73 billion. We could offer assistance to developing nations in confronting the climate emergency and boost overseas relief and development for $122 billion.

We could radically bolster frontline services for violence against women and people experiencing family and intimate partner violence ($5 billion), hold a referendum to realise the promise of the Uluru Statement from the Heart ($183 million) and reinstate – for a start – the more than $500 million gutted from Indigenous Affairs under the Indigenous Advancement Strategy.

Not only would these investments be good social policy, they’re also more sensible in a softening economy than returning billions to the most wealthy Australians who will “sock most of it away in their bank accounts, in their shares, in overseas travel”, according to Janet Rice:

You increase Newstart, you increase youth and student allowances, you reduce health costs, you reduce childcare costs and you provide new jobs in green infrastructure,and every single dollar that is spent there is going to flow back into the local economy.”

PrevPreviousNow the tax cuts are in, it’s time to invest in climate action
NextThe Inala Manifesto: a call to arms for Indigenous health researchersNext