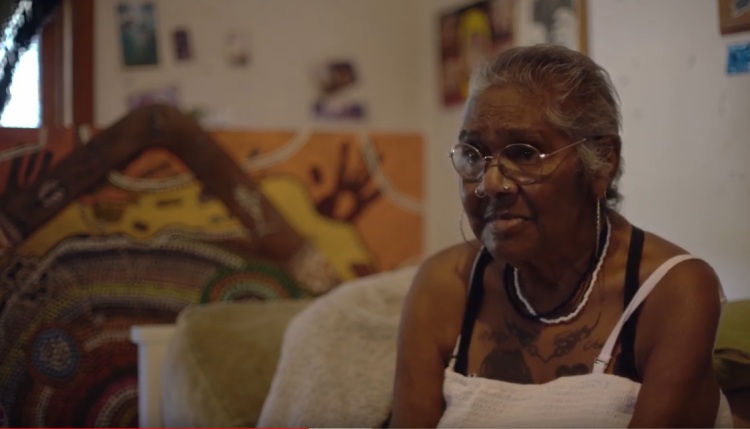 Introduction by Croakey: This week Australia marked the 13th anniversary of the Apology to the Stolen Generations, including with statements in Federal Parliament by Prime Minister Scott Morrison and Minister for Indigenous Australians Ken Wyatt, as well as from the Opposition, including Shadow Minister Linda Burney.

Yet, as the Healing Foundation says in the powerful post below, more than two decades on from the Bringing Them Home report, which led finally to the Apology, most of its recommendations have not yet been implemented.

For many survivors this has created additional trauma and distress, writes Healing Foundation chair Professor Steve Larkin, calling for action, and for the Federal Government to establish a national First Nations memorial and centre for healing in Canberra. You can read its full Budget submission here.

Meanwhile, unlike previous years, the anniversary of the Apology was not accompanied by a Closing the Gap report card from the Prime Minister. In what has caused some concern, Minister Wyatt announced last week that the report will now be presented in July, to fit with timing around the signing of the new National Agreement.

This week we acknowledged the 13th anniversary of the Apology to Stolen Generations survivors. It has been a week of reflection. Not just on that day and where we find ourselves now, but beyond ‘sorry’ for past wrongs, bringing focus again for all Australians on the work still needed to progress intergenerational healing.

Each year, we commemorate the Apology to keep the spirit of its words and their meaning alive. This is a very real part of the healing journey for survivors and their descendants, and this is despite ageing and ailing with preventable vulnerabilities.

Genuine change will come when a greater number of Australians understand trauma and healing and their pragmatic role in contributing to it.

This week, accompanied by Stolen Generations survivors and descendants, The Healing Foundation met with Prime Minister Scott Morrison and Minister for Indigenous Australians Ken Wyatt to highlight the urgent and largely unmet needs of some of Australia’s most vulnerable people.

These meetings occurred as members of Australia’s Federal Parliament took to the floor to honour and remember the anniversary of the Apology.

For years Stolen Generations survivors, their descendants, families, and communities have been telling us what they need to heal. Listening to survivors is a very real part of the healing journey and one that encourages us to find solutions in policies and programs that will make the greatest difference to easing and removing the burden carried. What works is if their voices are at the centre of design and delivery.

Thirteen years on and we are in a place where many survivors fear for social, economic and life outcomes for their children and grandchildren.

Many Stolen Generations keep their stories and experiences secret for years, even decades. Some out of a fear of being re-traumatised. Others who fear their stories will not be believed.

Survivors are tired of fighting to be heard, acknowledged, and seen as human beings behind the negative statistics and stereotypes portrayed in the media.

We are grateful each time we are gifted a story for our nation’s truth telling. These powerful stories of resilience and survival educate, inform, and empower. But with each of these gifts comes an expectation. The expectation is that we are moved to act, with a knowledge of the grief and trauma survivors have suffered and still live with today, and to do no more harm, and support healing.

The Apology was a recommendation from the landmark Bringing Them Home report, tabled in Federal Parliament 1997. The report was the result of a national inquiry that investigated the impact of forced removal of Indigenous children from their families.

This marked a pivotal moment in the healing journey of many Stolen Generations survivors.

It was the first time their stories—stories of being taken from their families—were acknowledged in such a way. It was also the first time it was formally reported that what governments did to these children was a violation of their human rights and the impact has been lifelong.

Today, we often hear negative statistics without the appropriate context. It is important to remember there are individuals, families and communities often missing from the interpretation and analysis.

Bringing Them Home found that as many as 3 in 10 children were forcibly removed between 1910 and 1970, although we know that removal practices began as early as the mid-1800s.

It was the first time it was acknowledged that trauma from racist policies like child removal was intergenerational and that issues that we continue to be faced with can be linked directly to how we experienced that trauma.

More than two decades on and the majority of the Bringing Them Home recommendations have not yet been implemented. For many survivors this has created additional trauma and distress. Failure to listen to survivors, heed their advice and calls for action, has caused a ripple effect to current generations.

The National Apology in 2008 was followed by a wave of other apologies by state parliaments, judges, churches, civic associations, trade unions and other groups. However, it remained the responsibility of the Australian Government, on behalf of previous governments who administered assimilation and forced removal policies, to acknowledge what was done.

Aunty Julie Black, a 64-year-old Barkindji woman, was taken from her mother shortly after birth. Her story is heart breaking and courageous and reminds us that behind the Stolen Generations policies there are people, and children, who need urgent support.

Healing and trauma are becoming part of the national conversation and we must keep building the momentum. Australians are waking up to the knowledge that Stolen Generations survivors need all of us to right the wrongs of the past. We are encouraged every day by new workforces, sectors and systems reaching our knowledge, evidence, and educational resources.

Truth telling must be enshrined in a national healing memorial

The Healing Foundation is calling on the Federal Government to establish a national First Nations memorial and centre for healing in Canberra.

A memorial alongside other institutions here on the shores of Lake Burley Griffin would send a strong message to Aboriginal and Torres Strait Islander peoples – and all Australians – that the Federal Government is serious about reconciliation and righting past wrongs.

It would be a focus and a catalyst for healing the nation. It’s important that we as a nation provide a safe environment for Stolen Generations survivors and their families to speak for themselves, tell their own stories, as all Australians are moved to act in a way that best supports urgent healing work now.

Done right, healing takes time, effort, and investment but after over a decade of walking alongside Stolen Generations survivors, and healing knowledge holders, we know that healing is possible.

Professor Steve Larkin is a Kungarakan man from Darwin in the Northern Territory. He is a Stolen Generations descendant and is currently Chief Executive Officer, Batchelor Institute.

A former social worker, Steve has worked in urban, rural and remote Aboriginal communities with state and federal governments, the Australian Medical Association and the National Aboriginal Community Controlled Health Organisation in the areas of social health, substance misuse and men and prisoners health.

Steve holds a Doctor of Philosophy (PhD) from QUT, a Masters in Social Science from Charles Sturt University and a Bachelor of Social Work from University of Queensland. He also holds appointments on a number of other Boards, including Beyond Blue.