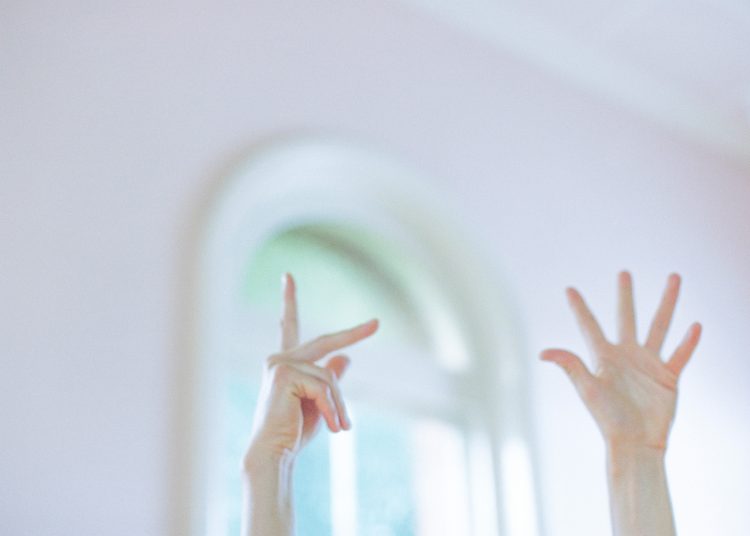 Sounds of equality – previewing the launch of the HearMe report

The experiences of people with hearing conditions will be profiled in a new report to be launched on 5 March, to mark the close of Hearing Awareness Week. The HearMe report identifies ten priority areas for society-wide action.

Journalist Cate Carrigan will cover the event for the Croakey Conference News Service, and previews some of the discussions below, with a focus on the transformative powers of art and the importance of inclusive building design.

When Kate Disher-Quill was fitted for hearing aids at ten years of age, she remembers it as “a painful experience because I knew that society was quick to judge people who were deaf or hard of hearing”.

Disher-Quill, who was diagnosed with mild to moderate hearing loss at three, said there was no discussion of how it made her feel – shamed and isolated – or how the primary school student would navigate this world.

She recalls, “It was a very medical process of: ‘Here are your hearing aids. You have to wear them in order to learn properly’.

“There was no further discussion around hearing loss or deafness in general. Nothing about this idea of younger people experiencing it when all the images I saw were of elderly people.”

Speaking to Croakey from the land of the Wurundjeri people in Melbourne, Disher-Quill said the hardest thing to overcome “was the feeling that my hearing loss was tied to my intellect and I wouldn’t be as smart as my peers because I couldn’t hear everything…it took a long time to overcome that”.

The Melbourne-based multimedia artist is passionate about the need for a move away from the medical model of disability in caring for people with hearing conditions to a social or holistic approach, taking in physiological, psychological, and social factors.

Hearing conditions affect more than three and a half million Australians, or one in six of the population.

Disher-Quill has been working with Victorian advocacy group Soundfair – a member-based non-profit committed to hearing equality – ahead of the release of its HearMe Report on 5 March.

The report is a call to action in reimaging an inclusive society, putting lived experience of hearing loss and deafness front and centre in informing change.

The report (which grew out of Soundfair’s submissions to the Disability Royal Commission and the Hearing Services Program Review) highlights the limitations of the medical model of disability, which treats hearing conditions as a physical problem to be overcome or treated with a simple intervention, most often a hearing aid or device.

It outlines key areas of change needed to create a world of hearing equality for everyone through connection and participation.

Soundfair wants society-wide change with lived experience at the centre of all interventions; hearing conditions treated within a public health framework; building and public spaces design that takes into account those with hearing conditions; investment in assistive technologies; better communication services through captioning and the use of Auslan; and more focus on tinnitus – a persistent buzzing or ringing in the ear(s) which will affect up to 70 percent of Australians at some stage in their lives.

For Disher-Quill the social model is a no-brainer:

I think it’s impossible for someone to be given the right support if their needs are not met through a holistic approach. I have never thought of my hearing loss as being medical.

I have always related it to how I feel, how I communicate with people, my interactions and my own relationships.

It’s never been a medical issue which is why it was never dealt with. I never connected with going to an audiologist, so I didn’t get the right support for years.”

For sixteen years Disher-Quill spoke little about her hearing loss and never wore her hearing aids in a social setting.

“We get told that the devices will help you but the elephant in the room is that people are ashamed to wear them and no-one is asking why. Why is there stigma? There are people who don’t know or are maybe too afraid to ask this question but the reality is that we can’t shift the perspective until we understand where that stigma comes from,” she said.

“If an audiologist had asked me how I felt about my devices, they might have learnt that I had struggled because I didn’t feel as though there were young adults or people that I could admire that also wore hearing aids.

“I guess that’s what led me down the path to create Earshot [a book sharing stories and photographs of the D/deaf and Hard of Hearing]. If no-one else is going to create a resource that actually shows deafness from another perspective who else will?” 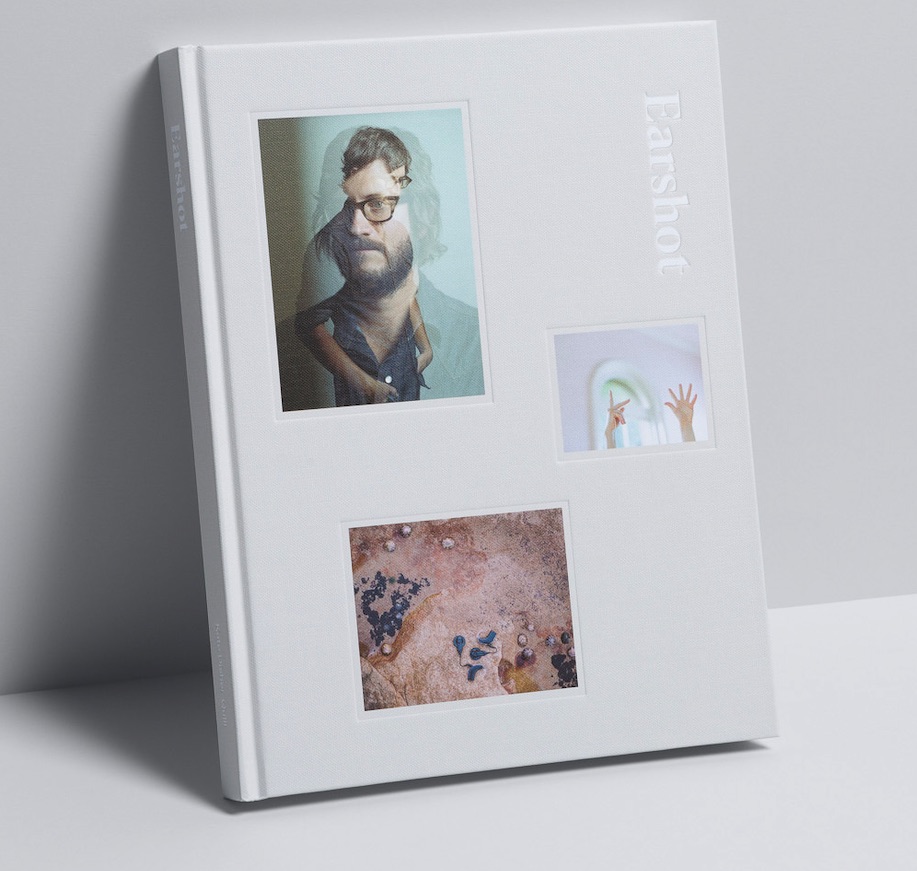 Art completely transformed the way Disher-Quill felt about her hearing loss. “I guess my perspective shifted from seeing hearing loss as something to hide or be ashamed of into a strength,” she said.

“Using art to explore my own deafness has enabled me to shift perspectives, raise awareness and educate people. It has also allowed me to create a community where others can feel empowered to share their differences.”

Disher-Quill is using these skills for the launch of the HearMe Report, creating an installation including audio/visual pieces and photography to take visitors on a journey into the lived experience of people with hearing conditions, including insight into lip reading, assistive technologies, Auslan and what it’s like to have tinnitus.

“It’s drawing attention to the fact that hearing loss is a sensory experience but it’s also very personal, social and individual. Using art to explore these ideas allows the audience to question and understand the experience by taking them into that world,” she said.

When Nick Boulter enters a building, he listens to it. For him, the structure isn’t just walls, curves and spaces, it’s the sounds – how noise carries and reverberates around the space.

“I observe what I hear, I suppose,” he said. “I hear my footsteps on the floor, and I hear the general level of hubbub and then I look around to try and understand what I’m hearing – how the room is shaped, is noise entering from outside?”

An acoustics engineer – acoustician – at the Arup group of independent designers, architects and engineers, Boulter was a consultant on Soundfair’s HearMe Report, and believes good acoustic design of buildings and public spaces can lessen the frustrations for people with hearing conditions navigating a noisy world.

According to Boulter, “while universal access principles are applied to buildings in the form of ramps and other measures for mobility, the impact of a hearing loss is largely unseen – it’s not obvious that they are having difficulties”.  This is often overlooked in terms of design and the HearMe Report highlights the fact that we can, and must, do better.

“I should be doing the best I can to make places comfortable for people with a hearing condition. In a lot of cases, the thing that makes the most noise is the thing you can’t easily control, which is the people – you can’t stop people talking.”

But Boulter said designers can choose noise-limiting building materials and is excited about a new acoustic capability – auralisation – that allows a client to experience a virtual simulation of how a place will sound before it is built.

The acoustic design community have skills that can enhance the aural environment and improve intelligibility of public address systems. That, and the inclusion of hearing loops and other emerging technologies, can make a massive difference to anyone with a hearing condition, he said.

Boulter wants such measures to become more common, saying standards are currently being revised with proposals to make these design features more ubiquitous and available to more people in more places.

“It is quite an exciting time with newer technologies becoming available that make use of the computing power in peoples’ phones. It’s just a question of making sure people are included and having an updated Australian Standard that determines what is reasonable for a building owner to provide is a great step forward.”

Acoustics are now also being considered in environmental ratings systems for buildings alongside elements such as energy and fresh air, and therefore becoming quite popular in the commercial world in adding value as a selling point.

Lived experience stories included in Soundfair’s submission to the Disability Royal Commission – and drawn upon for the HearMe Report –  told of people afraid to disclose their hearing loss during job interviews for fear of being overlooked, of feeling isolated and unsupported at work, finding it difficult to work with the constant background noise in open-plan offices, being bullied, and of losing jobs or quitting in frustration.

Soundfair argued workplaces are often inaccessible and lack the basic necessary conditions that would allow people with hearing loss to perform comparable to their peers without hearing loss, things such as captioning, clear signage.

It said the medical model of disability, treating hearing loss with devices, had led to a lack of willingness from organisations and individuals to educate themselves, make workplaces accessible and inclusive for people with hearing loss, thus leaving the current problems and limitations unsolved.

I had a boss when I was working in local government that would come to me twice a day, whispering in an open-plan office. For ages I just nodded and said yes. At some point I told her I couldn’t hear her and asked if we could go to another room to talk. When we did, she still mumbled and covered her mouth when she talked. She just couldn’t change her habits.” – Jack  (Soundfair submission to Disability Royal Commission)

The idea of having the conversation about reasonable adjustments with an employer requires a level of self-advocacy. It requires me to be vulnerable or, at least, makes me feel vulnerable, and some days I just don’t want to go there.” – Sarah (Soundfair submission to Disability Royal Commission)

It’s not as simple as accepting an invitation. If I was invited to a noisy venue, I’d have to assess: is it worth it, knowing I won’t be able to talk to anybody? How bad will the tinnitus be afterwards? How long would I cope staying? It seemed that everything that I did in a public space I had to strategize around. I would accept the invitations, because I didn’t want to become socially isolated, but my anxiety levels would build between then and when I went.” – Maxine (Soundfair submission to the Royal Commission into Violence Abuse Neglect and Exploitation of people with a Disability)

Ahead of the release of the HearMe Report, Kate Disher-Quill has this vision of a way ahead towards inclusivity and equality:

I would like to see policy makers, planners, government and organisations providing any kind of service understand that accessibility and inclusion of people who are deaf and hard of hearing has to be a priority in the designing of spaces, the designing of technologies, the display of media – from captioning to the acoustics of a space.

I want access and inclusion to be a top priority and for the broader community to understand that hearing loss is experienced by many people and should not be connected with a deficiency but be normalised.”