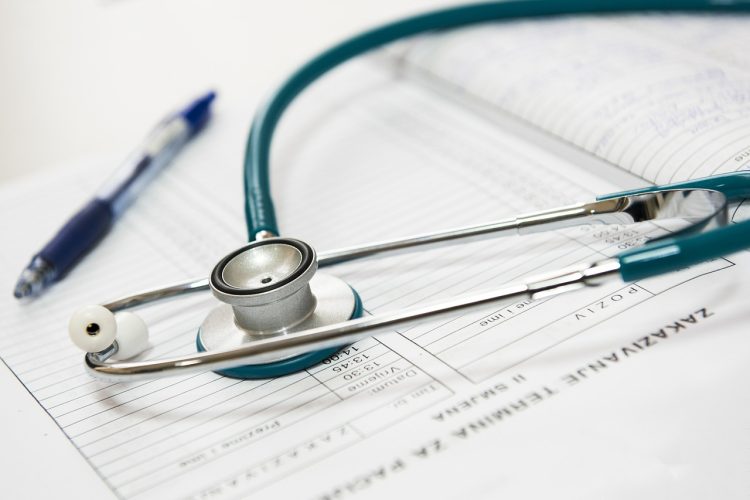 Spending in the spotlight amid wrangling over Medicare review

As much as one third of Australia’s $155 billion yearly spend on health is being squandered on needless procedures and tests, according to an ABC Four Corners report sure to fan debate over the government’s Medicare benefits review.

A special investigation by Dr Norman Swan claimed some $46 billion was being wasted every year on expensive scans, tests, and surgeries such as arthroscopies and spinal fusions that lacked proof of efficacy or benefit.

“It’s really only been in the last few years, maybe five or six years, where a really rigorous evidence (base) has been put to the test, in terms of determining what goes onto the MBS,” said Ward.

“But that leaves five and a half thousand items without that evidence base.”

(Stephen Duckett has a nice piece on the MBS review over at The Drum that is worth reading).

Ward told Four Corners fee-for-service also encouraged “the wrong sort of clinician behaviour”, calling for disincentives to order imaging instead of the converse.

Sydney University’s Adam Elshaug said the MBS had ballooned from 300 items back in the 1960s to more than 5,700 at last count, and “we really now have to ask whether it’s fit for purpose in a modern-day healthcare system.”

The AMA was quick to condemn the report.

Lots of sweeping statements. V little balance on #4corners with a clear agenda

AMA have supported review but not when just takes services away from patients without reinvestment — AMA President (@amapresident) September 28, 2015

Did you watch tonight’s @4corners? Tell us your views & ideas on how to deliver #BestMBS here: http://t.co/2UyCxkcP9Y #4Corners @normanswan

GP Jenny Doust, from Bond University said part of the problem was the constant shifting of goalposts for management of conditions like hypertension, requiring lower and lower safe ranges and resulting in treatment of “lots of people who are actually very low risk”.

Paul Glasziou, director of Bond’s Centre for Research and Evidence-Based Practice, warned of a “tsunami of overdiagnosis”.

“The largest drivers are over diagnosis and over treatment, that is going to get worse as our imaging, bio-markers and genetic technologies get better. We’re going to keep labelling more and more people as having risk factors or diseases that we want to treat.”

Just to recap, some of the specific claims made on Four Corners tonight:

#4Corners has found nearly one third of the almost $155 billion spent on health each year is wasted = $46 billion.

Lots of excellent food for thought over at #4corners – a taster below: 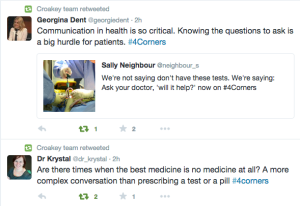 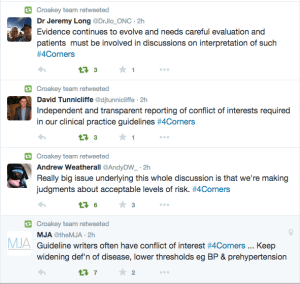 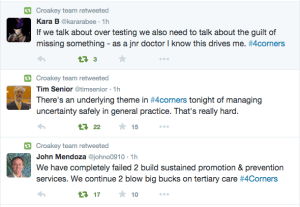