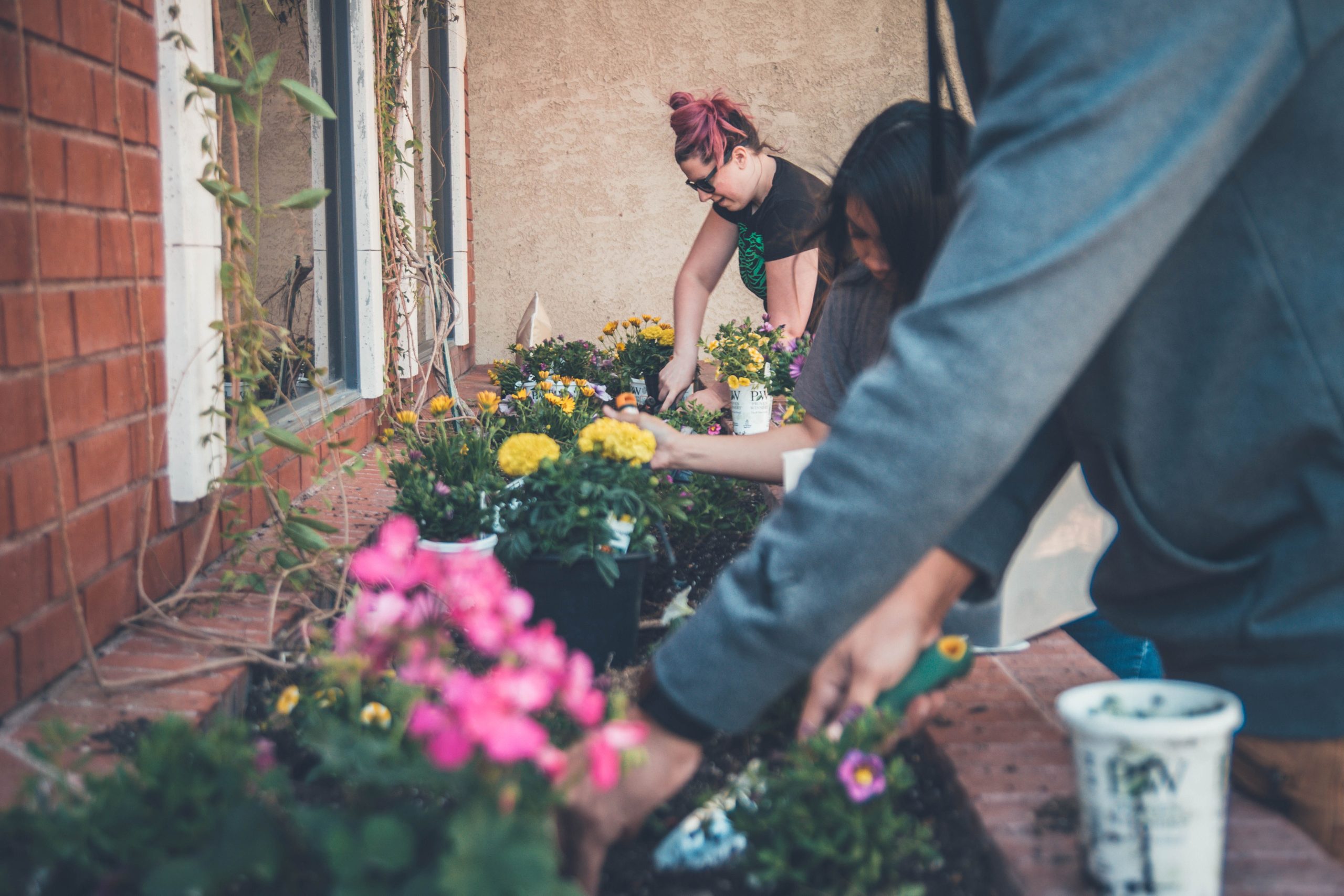 "Public health professionals are gardeners and our democracy ... needs nurturing now. " Photo by NeONBRAND on Unsplash.

Standing against the slide to fascism: what can public health do now?

Introduction by Croakey: While the COVID-19 pandemic has amplified the voices of medical and scientific experts and resulted in the development of evidence-based policy, some cracks have also appeared in Australia’s democratic processes.

In a submission to a Senate inquiry into the Government’s response to the pandemic, public health advocate Associate Professor Peter Sainsbury shared his outrage at the suspension of Federal Parliamentary sittings, as previously reported at Croakey.

Public health advocate Dr Peter Tait has also sounded the alarm in a previous Croakey article that amid calls to use this moment to create a more people- and nature-focused political economy, there were also signs of a power grab by powerful corporations.

“The world’s corporations and the governments under their strong influence have used the opportunity to extend their power and reach,” Tait wrote. He cautioned: “The slippery slope to a fascist state is gentle and paved with beguiling reassurances.”

It is said that democracy is a frail flower in need of constant nurturing.

Having decried our slip toward fascism (in Croakey and the Public Health Association of Australia blog) I thought it useful to think about actions the public health movement might take to stand up for democracy.

The Grata Fund through the Australian Democracy Network have produced a report, In Democracy We Trust: Accountability in the time of Covid-19, which includes a set of recommendations for what can be done. The Network is also monitoring the impact on civil liberties and freedoms of new laws introduced during the Covid-19 period.

Preserving trust in government is a priority for this project. The falling trust in government has been reported by the Museum of Australian Democracy (MoAD) and the Institute for Governance and Policy Analysis (IGPA) at the University of Canberra, which have conducted quantitative and qualitative surveys on the relationship between trust in the political system and attitudes towards democracy in Australia (the Democracy-100 Report ‘How Australians imagine their democracy: the ‘Power of Us’).

While the researchers found trust declining, they also found citizens were clear about what can be done to reverse this (see box below). None of these are surprising. 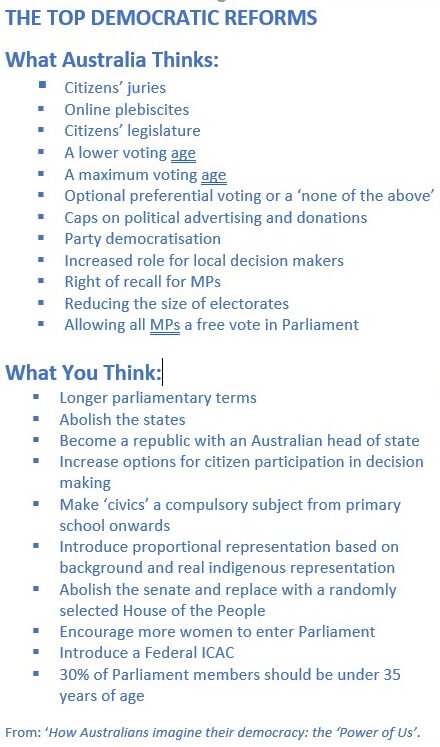 The full set of the Grata Fund’s recommendations can be read in the report. The following summary highlights the areas in which the public health community could be calling for, or supporting calls, for change:

Also, our independent community broadcaster, the ABC, needs robust defence and its funding restored to the levels required to do its job well. The media landscape in Australia is sparse and Australian democracy requires a strong independent media to help the public scrutinise our governments’ actions.

The current moves to establish a federal anti-corruption commission (seriously topical) and much tighter (not loosened) political donations limits are overdue, urgent and need nurturing.

Public health practitioners and organisations need to be visible in strongly calling for these measures. This is as important as other huge decolonising and human rights issues that we stand up for. In fact, without a strong democracy, achieving these other struggles will be so much harder.

Public health professionals are gardeners and our democracy is frail and needs nurturing now.

Dr Peter Tait has been a General Practitioner for 38 years, 30 in Aboriginal health in Central Australia. He was the 2007 Royal Australian College of General Practitioners General Practitioner of the Year, and 2017 Public Health Association Australia Sidney Sax medallist. He attained a Masters of Climate Change at the Australian National University (ANU) in 2010. He is a Clinical Senior Lecturer in Population Health at ANU Medical School. Peter believes a person’s health is grounded in a healthy society, and a healthy society in a well-functioning ecosystem. He is a co-convener of the PHAA Ecology and Environment Special Interest Group, active in the Canberra Alliance for Participatory Democracy, an Expert Advisory Committee member of the Climate and Health Alliance.

PrevPreviousLiving locally and reclaiming the streets: what are the health equity considerations?
NextSome evidence-based tips for encouraging uptake of COVID-19 public health measuresNext