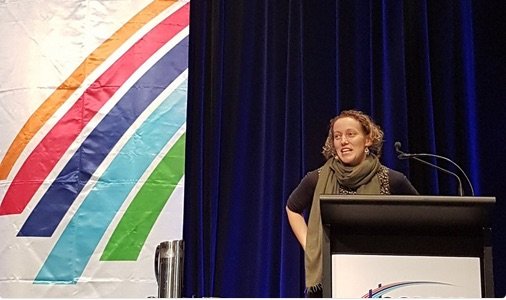 Flick Grey: calling for a truth and reconciliation process in mental health

Disrupting power and democratising clinical environments through the centring of lived experience in mental health was the focus of a rousing conference keynote in Sydney on Friday by consumer-survivor and self-described “wandering, mad academic” Flick Grey. 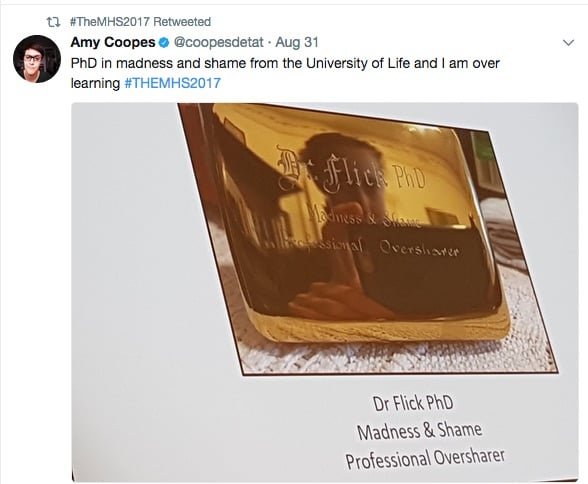 Grey, a survivor of childhood abuse and mad studies scholar, received a standing ovation for her talk on violence, hegemony and othering in mental health environments.

Listing her credentials as a “PhD in madness and shame from the university of life – and I am so over learning” – Grey said she came “as a truth-teller, and I hope you will join me in saying, when we need to, that the emperor has no clothes.”

She called for a truth and reconciliation process in mental health to speak about the “bad things” – the products of objective and structural violence, as conceptualised by philosopher Slavoj Zizek.

Objective violence – the imposition of a specific biomedical, diagnosis-driven universe of meaning – and the structural violence of ‘business as usual’ in this paradigm, had the effect of silencing and marginalising the lived truth of those in contact with the mental health system, said Grey.

“I don’t think of myself as a person with a mental illness or personality disorders,” she said, joking that she was now in double diagnostic digits and expected, once she reached 20, to receive a letter from the Queen.

“I think of myself as human, as an animal, as star dust.”

Grey spoke of her experiences with mental health and encounters with the system, describing her distress as “very present tense – it is very present and sometimes very tense.”

“I have a deep and profound relationship with suicide and earlier this year we became really, really close,” said Grey.

It wasn’t an attempt or suicidal ideation – “cruel” language she said “eviscerates the experience from experience” but she ended up admitted to (and then running away from) hospital.

While the staff were kind – “they gave me three new diagnoses” – Grey said they pointed to her personality as the problem, when what she so desperately needed was human connection, “non-othering companionship”.

Grey’s PhD explores a concept she describes as ‘benevolent othering’ – where the ‘other’ is still understood as ‘bad’ but this is couched in falsely positive terms. For example, saying you don’t have a problem with gay people but wish they “wouldn’t flaunt their lifestyle”, she said.

Benevolent othering was a common experience of many marginalised groups, including in mental health, and functioned as a campaign of self-affirmation which upheld objective and structural violence, she said.

In its place, she called for a space to have difficult conversations, where consumer-survivors and peers took the lead and madness, distress, suicidal thoughts were valued, listened to and honoured as part of the human condition.

Instead of co-opting spaces belonging to those in contact with the mental health system, she called for clinicians and allies to open doors and walk alongside, listening rather than imposing meaning.

“Part of what we offer is more words into our ecosystem to challenge psychiatry’s insistence on a dominant monoculture,” said Grey.

“I share in the knowledge that by doing so I open up enough space for us all to tell the truth.”

In closing remarks to the conference, Grey emphasised the value of a dialectical approach incorporating “both/and”, where those both within and outside of the system would achieve change and “we are all subjects, there are no objects”.

Professor Mike Slade, who delivered the opening keynote, said the question of “revolution versus evolution” in mental health had been a dominant theme over the three days of the event.

Slade said tokenism and nominal involvement continued to abound in mental health and the system continued doing the same old “toxic” things that had been shown not to work – inpatient units, hospital admissions, medications.

Disrupting this status quo would require dialogical rather than monological, monolithic spaces – a “polyphony” of voices where those with lived experience were truly heard, said Slade.

Rather than worrying about whether peer work should be a profession, political or a social justice movement, or whether change ought to come from within or without, Slade urged those with lived experience of mental health to continue showing up.

Dr Lewis Mehl-Madrona, a keynote presenter on day two, echoed frustrations about the limitations of “business as usual”, describing psychiatry as the only profession where “the consumer is always wrong” instead of the true experts in recovery.

Instead of asking people in treatment “are you happy, or happier”, Mehl-Madrona said the imperative was “homo economicus” – the psychiatric pharmaceuticals market – where millions was spent on drugs that just didn’t work.

This was supported by Slade – chair of the European Network for Mental Health Service Evaluation – who said the overwhelming majority of psychiatric drug trials were paid for by pharmaceutical companies and evidence for their effect in practice was unconvincing.

Mehl-Madrona said it was important to ask whether the system, on average and all things considered – was working for the people it was meant to serve.

“Is there hope for the mental health system or do we just need to create an alternative?” he asked, emphasising the need for approaches that were dialogical, peer-driven and inclusive.

Returning to the themes of his keynote on “two-eyed seeing”, a framework incorporating Western and Indigenous worldviews, Mehl-Madrona urged everyone present to go home and create a “healing circle” where truths could be spoken and reconnection take place.

“You need a place that doesn’t cost anything where you can go for healing,” he said. “Everyone can be healing for someone.” 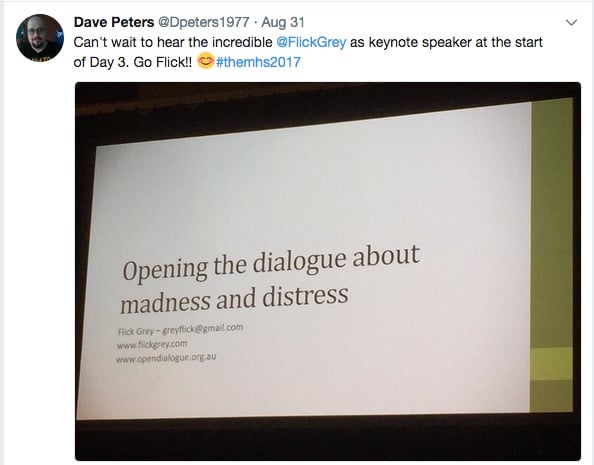 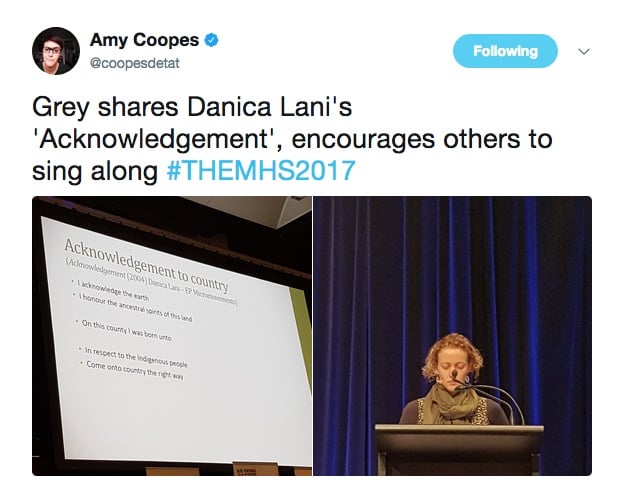 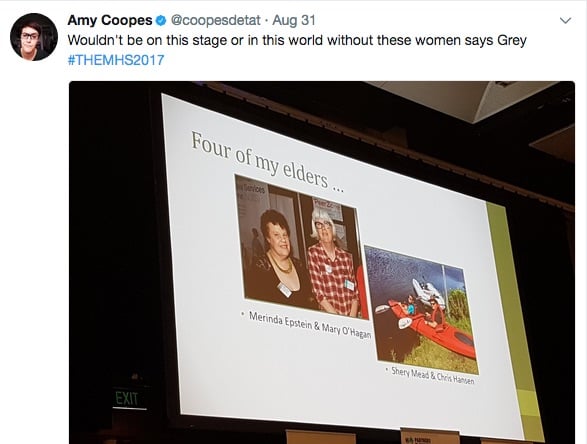 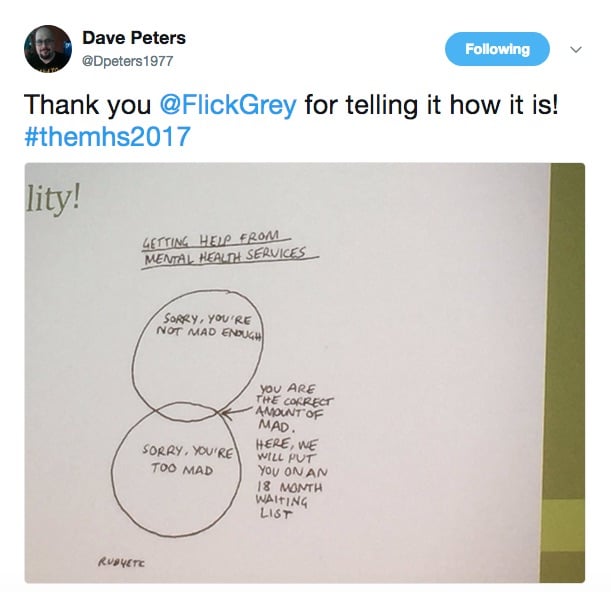 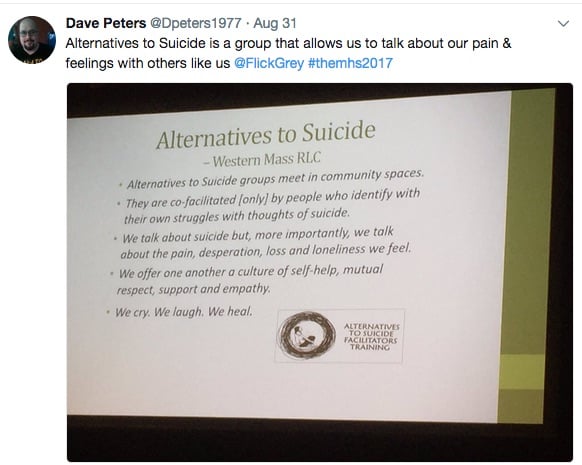 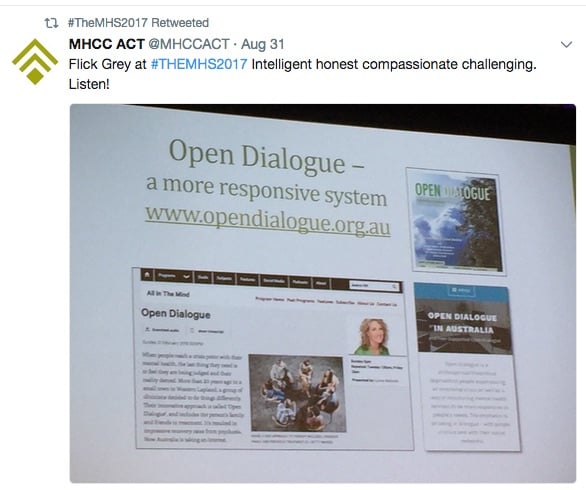 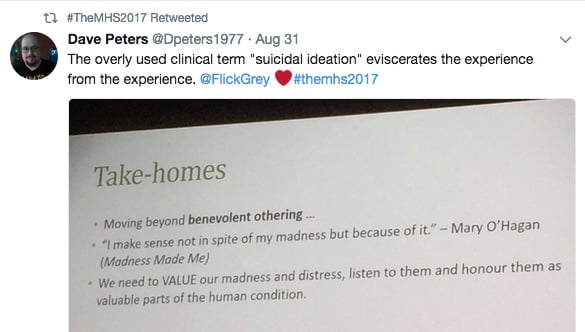 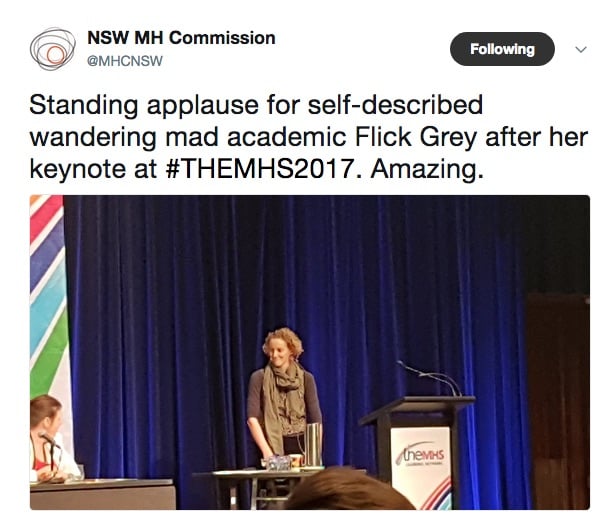 Watch this interview with Flick Grey 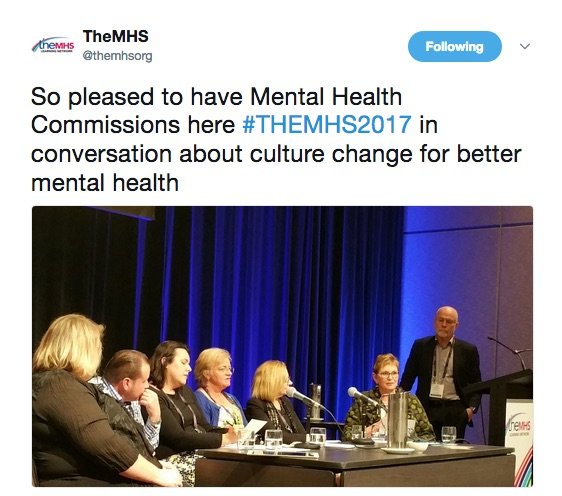 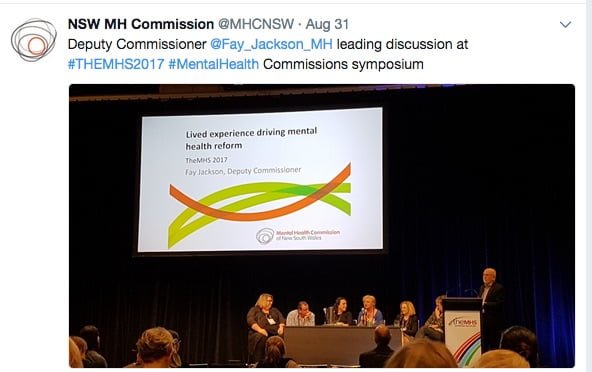 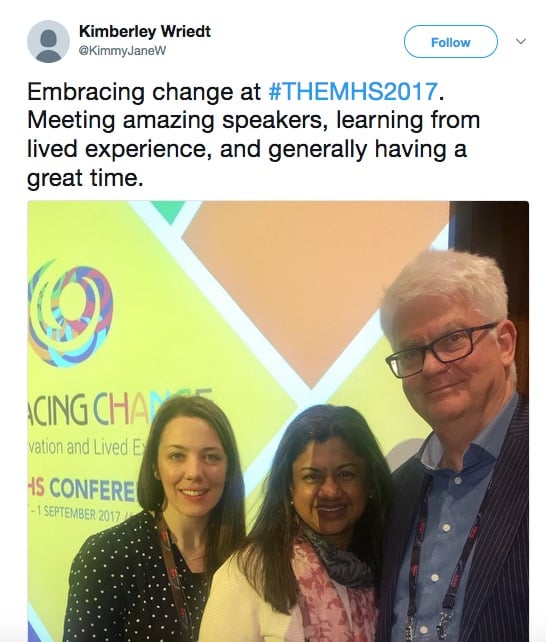 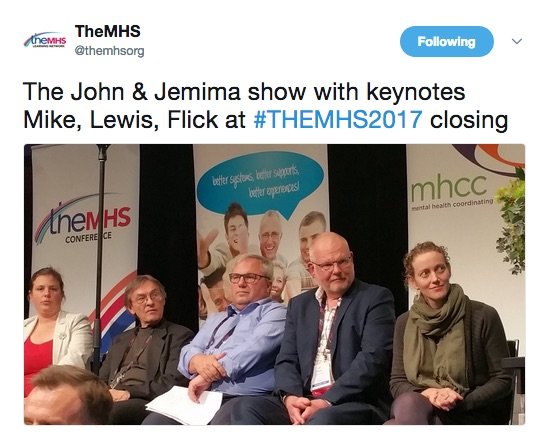 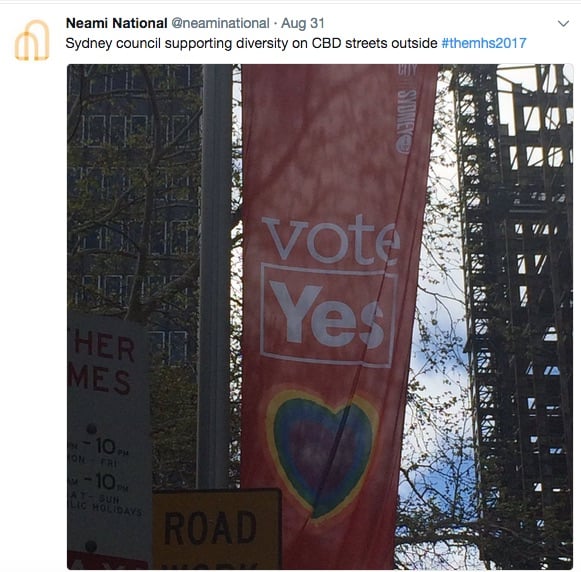 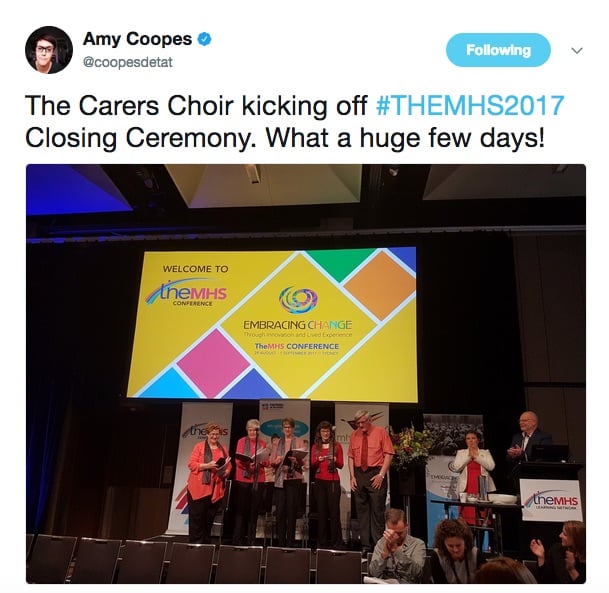 Bookmark this link to follow Croakey Conference News coverage of the conference – Amy Coopes has more stories to come!

PrevPreviousMaking service provision in the health and wellbeing sectors more LGBTI inclusive
NextWarm welcome for Clinton Pryor in Canberra, after an incredible journeyNext