Introduction by Croakey: As the US today warned that it would challenge countries whose action or inaction on climate change was “setting the world back”, environmental and health groups are urging the Victorian and New South Wales Governments to take action on toxic air pollution caused primarily by coal-fired power stations.

Led by Environmental Justice Australia, Healthy Futures, and frontline communities, the plans highlight how coal-fired power stations disproportionately impact the communities living near them, messages that are resonating in the leadup to the federal byelection in the Upper Hunter Valley on May 22, where both health and jobs are at risk.

Federal Labor Leader Anthony Albanese was today hosting a ‘Clean Energy and Jobs Summit‘ in Canberra, seeking to highlight “the huge potential for clean energy to create hundreds of thousands of secure, well-paid jobs right across this country”. It follows earlier comments by Shadow Climate Change Minister Chris Bowen, who warned that almost a million Australians would lose their jobs if runaway climate change decimated the environment and the economy – with Queensland bearing the brunt of any failure to act.

In other related news, former Liberal Prime Minister Malcolm Turnbull recently declared his support for a moratorium on new coalmine approvals in NSW while Energy Australia announced that Victoria’s coal-fired Yallourn power station would close in 2028, four years ahead of schedule.

The Yallourn decision is welcome news, writes Chanté Bock from Healthy Futures, a collective of healthcare workers organising around the dire health impacts that pollution and climate change bring to communities and which contributed to the People’s Clean Air Action Plans.

But she says, state governments need to tighten up pollution regulations on plants in the meantime, as well as make sure that communities don’t suffer economic and social costs in the transition to renewable energy.

Located on unceded GunaiKurnai land in Victoria’s East Gippsland is the Latrobe Valley, the region where historically most of Victoria’s energy demands have been met.

The area is home to four of Australia’s highest electricity producing thermal power stations (Loy Yang A & B, Yallourn, and Jeeralang Power Station) and the Yallourn and Loy Yang coal mines.

The health risks of coal in the Latrobe Valley were dramatically highlighted in February 2014 when the Hazelwood Coal Mine caught fire.

Hazelwood was a brown coal-fuelled thermal power station built in the 1960s which supplied up to 25 per cent of Victoria’s base load electricity (more than five per cent of Australia’s total energy demand).

The fire, and the poor response from mine owners GDF Suez, resulted in what Victoria’s Country Fire Authority said was “one of the largest, longest running and most complex fires in the State’s history”.

The 45 days of the Hazelwood fire covered the region in smoke, dust, and darkness, highlighting the varied human impacts of coal-burning power generation — the immediate and long-term impacts that the community experiences due to pollution from coal mines and power stations.

But we know it isn’t just in dramatic emergencies that coal mines and power stations threaten health.

Air pollution from coal can cause lung diseases, diabetes, heart disease, premature birth, and low birth weight. Children born into communities with high levels of pollution can be impacted for the rest of their lives, while community members may die prematurely.

Yet neither the Victorian nor New South Wales governments have released plans to address toxic air pollution and protect the health of communities.

It is critical that they do so particularly for the coal communities of the Latrobe Valley and Hunter Valley.

Greenpeace modelling published in August 2020 estimates that, every year in Australia, air pollution from coal-burning power stations is responsible for 800 premature deaths, 850 cases of low birth weight in newborns and 14,000 asthma attacks in children and young adults aged 5-19.

In the absence of plans from the state governments, the People’s Clean Air Action Plans for Victoria and New South Wales have been developed in a collaboration between Environment Justice Australia (EJA), Healthy Futures, and frontline communities.

I see patients presenting with serious health issues caused by air pollution from nearby coal-fired power stations and mines, particularly kids with asthma, adults with respiratory diseases and heart diseases, and pregnancy complications.

I’m sick and tired of seeing patients with preventable diseases caused by toxic air pollution while the calls for governments and power companies to act are continually ignored.”

Vickers says improving the health of people living near coal-fired power stations and coal mines should be a priority:

I am extremely frustrated to see how our governments took immediate action regarding the COVID-19 pandemic, yet they continue to do nothing on the public health threat of toxic air pollution that kills almost 5,000 Australians every year.”

The Action Plan for Victoria formed the basis of our submission to the Victorian Government which is currently working on a new Air Quality Strategy. In it EJA lawyer Bronya Lipski talks about growing up in the Latrobe Valley, where generations of her family members worked in the Yallourn and Hazelwood power stations and were exposed to their toxic pollution.

“My sister was often so sick she had to be on multiple courses of steroids, antibiotics and asthma medication,” she says. “I was even taught [as a child] how to get my sister onto a nebuliser if she had a bad asthma attack and couldn’t breathe.” 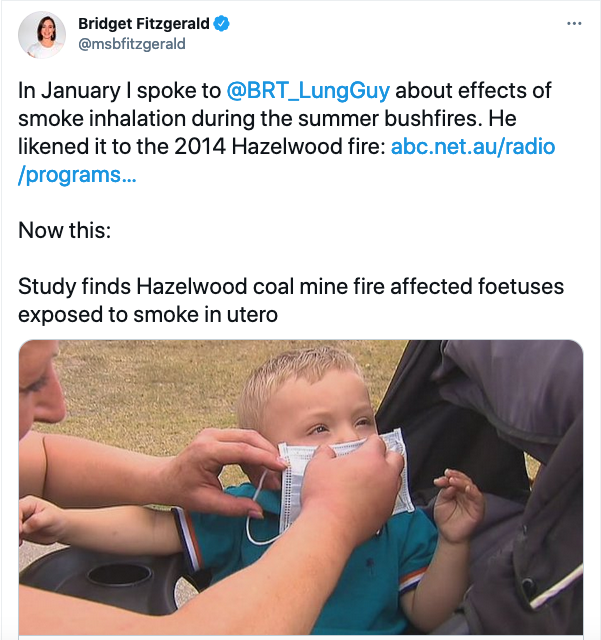 The need for a just transition

Right now, the future of Victoria’s Latrobe Valley is under heated debate.

Last month, Energy Australia announced that the closure of the Yallourn power station would be brought forward from 2032 to 2028.

While framed as a positive action, it still means that Yallourn will continue to pollute the region for the next seven years when it is already years past its use by date.

Before its closure was announced Yallourn had broken down 33 times in 18 months. It was already accepted that Yallourn would close before its 2032 end date.

Are we going to have 20 separate closure announcements, each one dictated by an energy company based on the whims of the market?

Governments across Australia need to step in.”

There are wider environmental justice issues at stake too in regions which have delivered Australia’s energy needs till now.

In the Latrobe Valley, coal production is the primary industry of a region of almost 150,000 people and the community has historically experienced many positive economic benefits from it.

However, the decline of coal and the gradual shift to renewable energy capacity has significantly limited job opportunities.

Before Yallourn and other coal-fired power stations are shut for good, the community needs real certainty that there will be increased funding for transitions to new industries. Funding to the Latrobe Valley Authority needs to be increased and extended so the community knows that people will be around to help when Yallourn closes.

Latrobe Valley residents should not be simply locked into whatever top-down decision the government decides about the region. Community questions around the controversial lead smelter or investment in the more distant Star of the South project need to be resolved before community consensus can be attained.

In NSW, the situation is similar; the Hunter Valley community is consistently not having its needs heard by the government.

A plan for secure jobs which is going to last into the future is something the Hunter Valley residents have been calling for. Since 80 percent of the coal in the Hunter Valley is exported, the future of the industry is decided in other countries particularly Japan, South Korea, and China.

The Hunter Renewal alliance says four of NSW’s five coal fired power stations are expected to close in the next 15 years, and all of them are in the greater Hunter region – two in Lake Macquarie and two in Muswellbrook.

The NSW Government, the Reserve Bank and the Port of Newcastle are all aware that structural decline of thermal coal is coming, and that it will hurt the Hunter much more than it will hurt the rest of the country, but they have not given the people with the most passion and energy and the biggest stake in the problem a seat at the table to chart our way out of it.”

Above all, we must prevent a situation in which communities are forced to move from their homes and historical connections due to sudden lack of opportunities, government funding and care, or must stay and witness the gradual deterioration of the region. 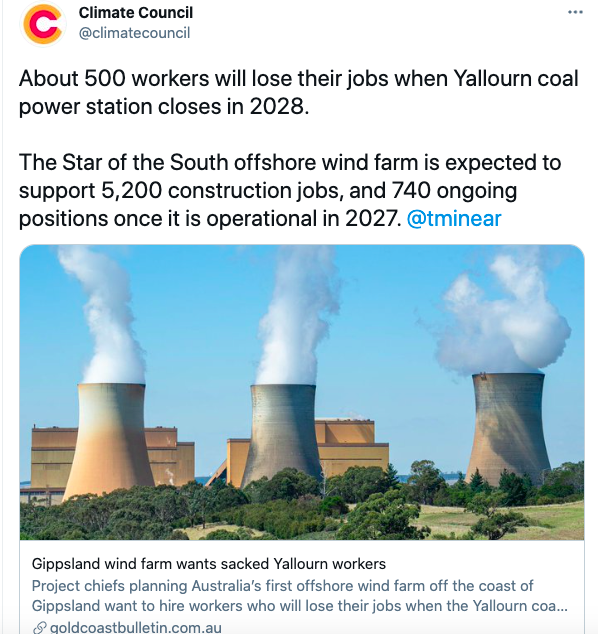 Decisions are happening fast in the air pollution space, and it is important that the connection between pollution and health and community welfare is made clear and prioritised in these discussions. When the way the air will turn is still being decided we are pushing to have health on the agenda and community voices heard. 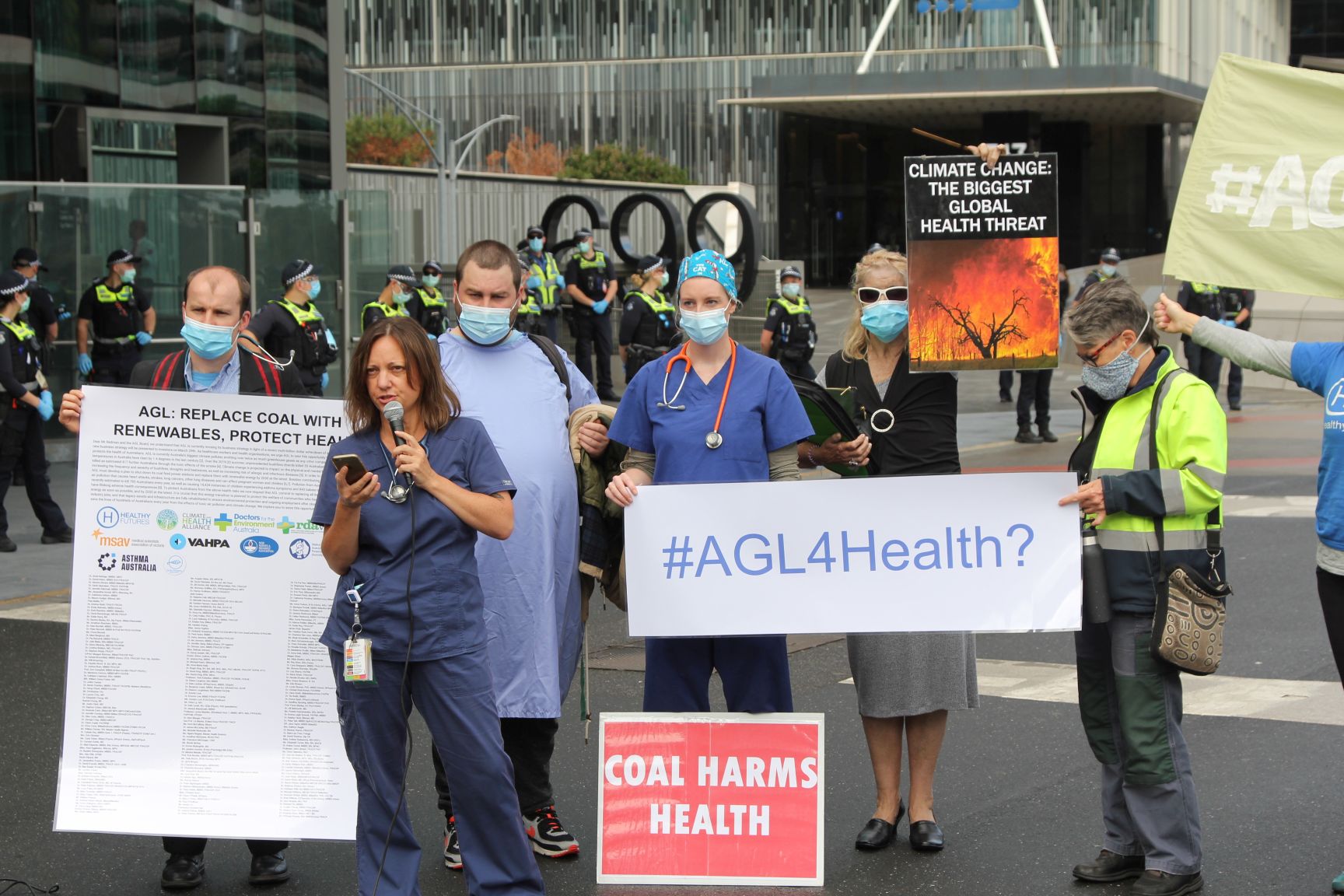 Last month, in the lead-up to AGL’s big investor day to fund their upcoming fossil fuel extraction projects, we delivered our letter, signed by 12 leading health organisations and more than 200 health professionals, asking them to become leaders of Australia’s energy transition.

AGL is Australia’s biggest polluter and emits over twice as much greenhouse gases as any other company in Australia. At the investor day the Victorian Planning Minister Richard Wynne announced that AGL’s environmentally devastating off-shore gas terminal project off the coast of the Mornington Peninsula would not be allowed to go ahead.

This good news came as AGL announced it would split into a customer-facing retail end (NewAGL), and an energy-generational mining end (PrimeCo).

This split is a clever move as it allows AGL to now say it is carbon neutral, separating itself from fossil fuel emissions and now able to market itself as the ‘Green Energy’ it has always said it was.  The truth of the matter is that it is far from that.

Chanté Bock is the Digital Organiser at Healthy Futures working on Woiwurrung and Boonwurrung land in the Kulin Nations on Naarm/Melbourne.

PrevPreviousAged care reform. Finding the money should not be the issue
NextEnding the “silent suffering” of women with third and fourth degree perineal tears after childbirthNext