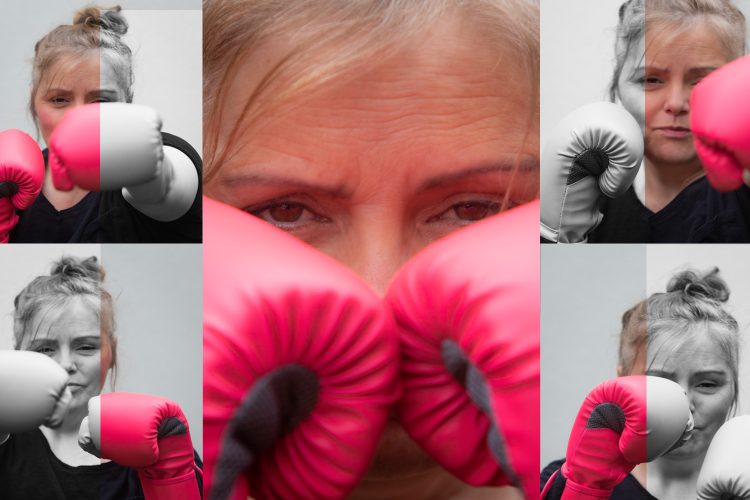 Dr Tess Ryan, boxing it out. Photographs by Andy Arch

Staying in, watching birds and punching on. And good-bye 2020

During 2020, Dr Tess Ryan spent nine months in ‘hard’ lockdown in Melbourne. Her only outings were for neighbourhood walks, due to a health condition. However, she learnt to punch on.

For everyone, it has been a year. In fact, this year feels like it has run a decade and it appears the general consensus is we are exhausted, overwhelmed, and in some ways relieved in Australia to be an island distanced from the rest of the world.

Not that anyone needs a recap, but we are in the thick of a global pandemic, with almost 82 million people infected and almost 1.8 million deaths reported to date, as well as some massive failures in global leadership. Our world has shifted in so many ways.

We saw the Black Lives Matter movement get more attention after the shocking death of Mr George Floyd in the United States. In Australia,  Aboriginal and Torres Strait Islander people collectively took in a pained and resonant sigh of sadness, trauma and recognition followed by an anger that THIS IS STILL HAPPENING. Nothing has changed, and yet everything has changed and how do we all get our heads around that?

This is some existential prism shit.

Having the energy to breathe, let alone fight has been difficult this year. Days had become a tumult of all colours of the reaction rainbow, from complete despair to numbness, boredom and anger. We told our bodies to slow down while we felt an entrapment of fear which regularly enlists fight or flight responses.

Yet we couldn’t leave – for Victorians especially we had to consider the implications of opening the front door, or hugging your daughter, or being outside without a reason. There have been times where a hard punch to the wall or the breaking of glass felt in order, if only to release the quagmire of emotions churning inside. Sometimes being angry feels better than being scared, or vulnerable, or beaten down.

For people who have underlying medical conditions, hard lockdowns didn’t just come in on the second wave in Melbourne. Come March of 2020, in my household, we already had a plan that consisted of me only leaving the house for a neighbourhood walk. All medical appointments went online, and many things were lost in the communication conveyor belt that sometimes occurs accessing health services.

Meanwhile, my partner (who loves data and science) spent hours tracking COVID-19 deaths and hospitalisations across the world. He even compiled a data map that demonstrated the death rates in the United States as they passed each historic event where mass injury and deaths have occurred. AS A HOBBY…

Between this and the daily viewing of the Victorian Government’s press conference to catch the numbers of COVID cases, our household felt all manner of doom.

Our neighbourhood walks consisted of avoiding people, watching the birds, feeling jealous of their flight over the ocean, and trying to have 40 minutes each day that didn’t involve data and health worries, and numbness. This did have a restorative effect, and yet sometimes you need something that releases more than breath.

Maybe it is just my personality – I go from warm, giving and peaceful to switching (depending on the issue of the day) to rant-driven rages, F-bombs and that need to expel air in a louder and more virulent fashion than meditative work requires.

I started to box it out.

I have previously loved going to the gym and completing boxing drills, and luckily had some gloves and pads in the garage prior to the 2020 bin fire. What was more, I also had a fellow entrapped in this space that was full of stifled emotion.

And let’s face it – he needed to step away from the data if only for a few minutes. He held up the pads while I punched out all the emotion, the rage, the sadness, and I have to say that in many ways it assisted more than the meditative slow walks or the catching of feathers in motion.

Thirty upper cuts, done with your feet grounded and your chest full of air felt amazing. I could visualise the many emotions that connect to individual events of this past year. With some of those drills I remembered and released how I felt when two of my relatives died and I was unable to visit, say goodbye or attend their funerals. Watching the farewells of loved ones online is a bizarre experience that some of us became all too familiar with this year.

My left and right hooks were aimed squarely at the countless injustices I have seen my Black brothers and sisters go through throughout the decades. Black Lives Matter is not a hashtag for us, it is a daily mantra that we live, and it resonates through our work.

In my role as an academic, empowering young mob to build on their education or in my role in disrupting, collaborating and engaging within western model institutions, I stand firmly in the earth as a representation of the Black body. I remind them that this body is no hashtag, not a deficit story, not a stereotype. It is strong, smart and determined to keep on punching if it means one less life may dissolve into these tropes that dominant society has set for us.

A series of kicks to various levels of the punching pad, and I visualise the fear of what could have happened to my family, my friends, myself if this pandemic had gotten completely out of control as it has in other parts of the world. There has been so much anxiety related to this that I feel it has become the new norm.

We’ve gotten used to the distancing of our bodies from the deep connections we have. Some have grown accustomed to enclosed bodies and daily shifting of expectations. Knowing that with chronic illness, my body reminds me each day it needs to work harder, and differently to survive has been an issue in my life for many years, but 2020 has brought some next level resonance of this.

When I first began doing these drills, I’d feel all that energy that was built up inside that even as a writer, I was unable to communicate in words. The punches and kicks began with such force and the exhalation made everything feel better.

But I have noticed in recent weeks, I haven’t needed it as much and the energy isn’t as strong because the year is nearly at its close. I’ve gone back to the stillness and silence because I am feeling that, just around the corner, we all may be living yet another different existence from the one we’ve all been through.

We will still keep punching on and breathing through what lies ahead, and what we have gained through this year can balance what we have lost.

Dr Tess Ryan is an Indigenous woman of Biripai country in Taree, New South Wales, and wears many hats, including as scholar, writer, artist and president of the Australian Critical Race and Whiteness Studies Association. She has a PhD in leadership and Indigenous women in Australia and writes about Aboriginal and Torres Strait Islander women, feminist power, media representation, leadership and Indigenous research, and has also worked in public health and education.