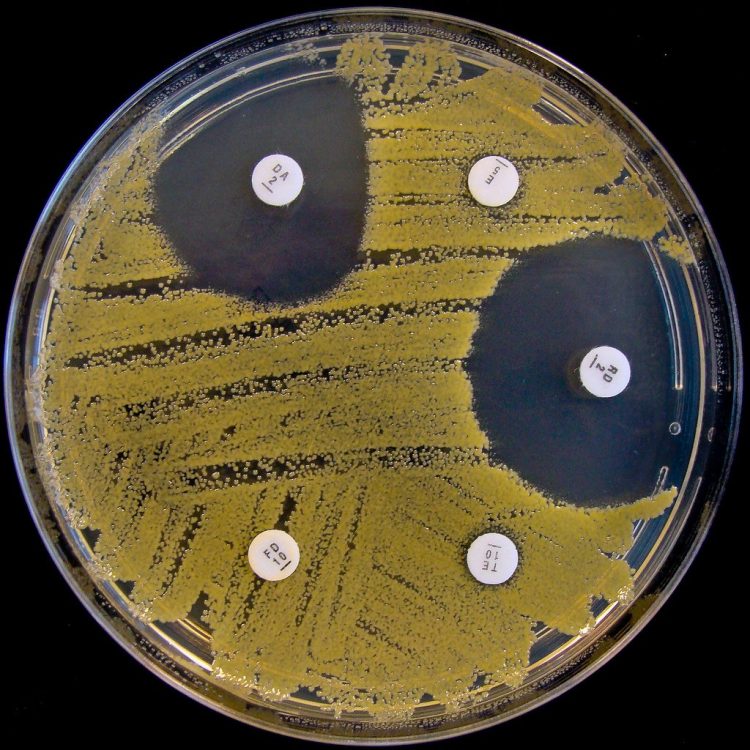 Staying the course? Prescriptions for a rethink on antibiotics

It’s a time-tested adage for prescribers and pill-poppers alike — if taking antibiotics, you must finish the course. But a headline-grabbing new review has suggested this may not hold true.

In a piece for the BMJ making front-page news last week, a group of experts in infectious diseases, psychology and public health argued that it was time to drop the orthodoxy around completing an antibiotic course because there was insufficient evidence that the practice contributed to antimicrobial resistance.

Lead author Martin Llewelyn and colleagues said there was unnecessary risk of resistance for patients from antibiotics being taken for longer than necessary rather than stopped too soon, and called for clinical trials to determine strategies for optimising duration of dosage.

Predictably, the nuances of the paper were somewhat lost in mainstream reporting.

The review contains some important food for thought, which infectious diseases physician and antibiotic steward Trent Yarwood has digested over at his blog and has kindly allowed us to repost for our readers below.

(Especially worth a read given another paper, also released last week, showed Australian babies are prescribed antibiotics in the first year of life at some of the highest rates in the world).

You may have seen me complaining on this blog about science reporting and the misreporting of headlines before, as well as the unintended consequences of people running off their jaws. They’re links, so I’ll wait while you catch up.

Thanks to Amy Coopes and Stu Annells for pinging me this article from the BMJ yesterday, not-at-all-controversially titled “The antibiotic course has had its day”.

Andreas Voss – who has been at this infection blogging business far longer than I have beat me to the punch with a very sensible analysis over at Reflections on Infection Prevention and Control, and highlights the fact that the study has already been reported in the mainstream media under the headline “Finishing antibiotic course? Nonsense“. My Dutch isn’t very good, but I suspect it may have been edited to something different.

You’ve probably all heard the advice “make sure you finish the course” as a method of preventing resistance.  Why has it been out there, and why does it seem to have become part of the “40% of what you learn at medical school is wrong” pile?

Unsurprisingly, it’s a complex issue, and doesn’t lend itself well to a headline-sized summary or sound bite.

I’ll deal with a few of the issues in turn.

Evidence for duration of treatment is very poor

Australia has excellent guidelines on the selection and duration of antibiotics.  But almost all of them are expert consensus. The BMJ article rightly points out that the studies that we do have comparing shorter duration of antibiotic treatment for various infections usually (but not always) show no worse outcomes with shorter treatments.

It’s a great way of messing with peoples’ heads to suggest four or nine days of antibiotics.

We do treat for far too long

There’s two parts to this. First, the guidelines as created are very conservative. As mentioned above, they’re not very well grounded in evidence, and the evidence we do have suggests that we could probably be quite safely treating for shorter durations.

The second part is that even when guidelines exist (ignoring how scientific they are), clinicians routinely ignore the guidelines, and very commonly treat for longer.

The 2015 National Antimicrobial Prescribing Survey found that incorrect duration of treatment was the second most common (103 vs 104, by the way) reason for a hospital antibiotic prescription being considered inappropriate.

The most common was that no antibiotic was necessary for the condition being treated in the first place.

We treat far too many things that don’t need treating

Following on from that last sentence, lots of antibiotics get used when they aren’t necessary. In hospitals, some of this is prophylaxis (ie: preventing infection), which often gets extended well beyond when it could have any benefit.  It also happens in the community, too.

If you present to your GP with upper respiratory tract symptoms (runny nose, sore throat, cough/sneezing, watery eyes, maybe ear pain), then antibiotics are basically never necessary. It’s overwhelmingly likely the infection is due to a virus, and antibiotics won’t help at all. Even if it is a bacterial infection, then most URTIs are self-limiting and will get better without needing antibiotic treatment.

From NPSMedicineWise‘s MedicineInsight program (this collects data from practice management software), we know that if you present to one of these GP practices with these symptoms, you’ll walk out with a prescription 60% of the time.

All of these factors go together to make a simple message.

We use far too many antibiotics

My role as an antibiotic stewardship doctor is all about getting doctors to use antibiotics more appropriately.  Not starting them in the first place where they aren’t necessary, making sure that the best ones get used when they are necessary, using them for shorter durations when it’s safe to do so.

This is really the key message that the BMJ opinion piece is getting at;  we know that the biggest driver of antibiotic resistance is antibiotic use, the evidence supporting our treatment length is fairly poor, so why not tell people to take less antibiotics to help the problem?

This is an excerpt from Alexander Fleming’s Nobel Prize speech:

I would like to sound one note of warning. Penicillin is to all intents and purposes non-poisonous so there is no need to worry about giving an overdose and poisoning the patient. There may be a danger, though, in underdosage. It is not difficult to make microbes resistant to penicillin in the laboratory by exposing them to concentrations not sufficient to kill them, and the same thing has occasionally happened in the body.

The time may come when penicillin can be bought by anyone in the shops. Then there is the danger that the ignorant man may easily underdose himself and by exposing his microbes to non-lethal quantities of the drug make them resistant.

Here is a hypothetical illustration. Mr. X. has a sore
throat. He buys some penicillin and gives himself, not enough to kill the streptococci but enough to educate them to resist penicillin. He then infects his wife. Mrs. X gets pneumonia and is treated with penicillin. As the streptococci
are now resistant to penicillin the treatment fails. Mrs. X dies. Who is primarily responsible for Mrs. X’s death? Why Mr. X whose negligent use of penicillin changed the nature of the microbe.

Moral: If you use penicillin, use enough.

Fleming’s example was prescient, but even this didn’t go far enough, because the problem  is not only the bacteria that you’re trying to treat with the antibiotics, but all of the other billions of bacteria that live in your body.  These all get exposed to the same drugs; just like the one that’s causing a clinical infection.  We know that a single course of antibiotics can disrupt the bugs that live in your gut for as long as a year (primary article), and these may then be a reservoir of infection – for you, or for passing on to other people.

This is the true paradox of unnecessary antibiotic use.  Not only does a course of antibiotics not help you, it increases the risk of resistance – for you and for everyone else.

The balance between risk and benefit equation is clearly on the side of harm, but the rationale for patients requesting and doctors prescribing is “just in case”.

Til you feel better?

For patients who do have a bacterial infection, which does require antibiotics (some of you will be shocked to hear that I do acknowledge that this does occur outside of hospitals) obviously need to take these antibiotics for as long as is required.

We’ve established that doctors don’t really know how long this will be: a) there’s no evidence and; b) who says any individual patient will behave like the study patients do anyway. Rapid testing doesn’t help, and the last thing I want to encourage is biomarker-driven treatment because it will cause an explosion in testing and turn prescribers brains right off.

It’s particularly facile to suggest this when so much antibiotic prescribing is done empirically anyway — we’re not going to do any diagnostic testing to diagnose the infection, so what’s the likelihood we’ll test your CRP/procalcitonin/new-and-much-better-serum-rhubarb to work out if it’s safe to stop?

I have an uneasy feeling about advice to “stop when you feel better”, though.

What happens if a patient stops too soon and relapses?  How likely is it that they will have developed resistance during that time (admittedly not very likely, but possible?).

What I’m really saying is that there clearly needs to be three complementary messages.

One: You almost certainly don’t need antibiotics in the first place

Don’t give antibiotics if you don’t need to.

If you do, don’t ever give repeats.

Treat for the bottom of the suggested range in the guidelines; your patients will probably be fine.

This is actually quite a liberating way to practice.

Two: Doctors should give shorter courses

There is already a guideline (and in some cases evidence) supported optimum duration for a huge number of the infections treated with antibiotics in hospitals and in general practice.

If less patients are given antibiotics in the first place, then the discussion about when to stop them is all redundant, and this will clearly have a much bigger impact on the total amount of antibiotic exposure than arguing about whether 3- or 5-days for a urinary tract infection is best.

Three: If you do get given antibiotics, take them as directed

Ask your doctor if they’re really necessary. If not, then believe them.

If antibiotics are necessary, ask them what the shortest time you can be safely on them for is, and take them for that long. No longer, but also no shorter.

Don’t keep them for next time, or give them to your mum.

Acknowledging there’s a lot of uncertainty in the management of infection is fine – because it’s true.  However, doing so in an article in a major journal that’s already been (and no doubt will continue to be) badly reported in the lay media which further summarise is not going to help.

The key to good stewardship is good communication, and we can all use some more of that.

PS:  Watch out for the release of the 2nd National report on Antimicrobial Use and Resistance in Australia (AURA); Thursday morning 3rd August.  I’ll be live-tweeting some of it over at my twitter. This year’s #hashtag is #AURA2017

Trent Yarwood is an infectious diseases physician and one of the founding members of Cairns Hospital’s antimicrobial stewardship service, of which he has been the clinical lead since 2013.

He is also a medical advisor to the Australian Commission for Safety and Quality in Healthcare’s Antimicrobial Use and Resistance in Australia (AURA) program.