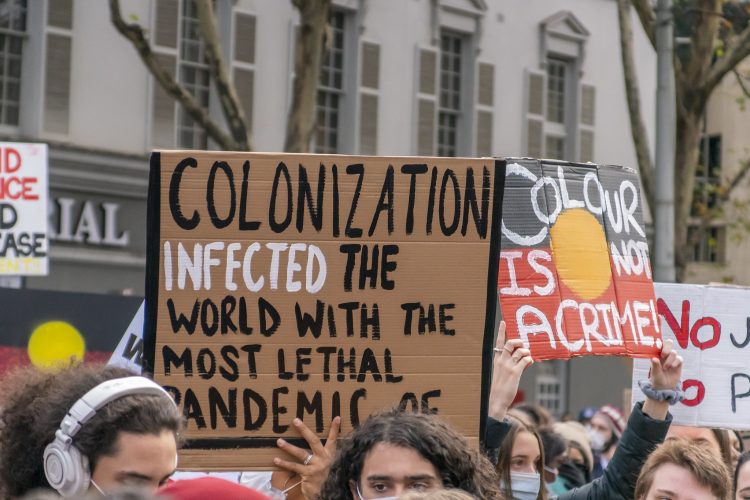 While significant work remained to close the gap on Aboriginal and Torres Strait Islander disadvantage across a number of critical areas, such indicators were not the full measure of wellbeing, nor did they reflect the immense capacity and strengths of Indigenous peoples drawn from their culture, or the significant role of systemic and structural barriers, discrimination and racism.

These are the findings of the Productivity Commission’s latest Overcoming Indigenous Disadvantage report, Australia’s most comprehensive overview of Aboriginal and Torres Islander wellbeing, which was first published in 2002 and last reported in 2016.

Now in its eighth iteration, the 2020 edition takes a strengths-based approach to tracking progress across a number of key indicators and strategic areas for action (52 in total), recognising and valuing Aboriginal and Torres Strait Islander people’s Cultures and placing a strong emphasis on shared decision-making. It underscores the role of racism and discrimination, and acknowledges the Uluru Statement from the Heart.

Three common themes identified across this Report place the outcomes reported in context.

Firstly, Aboriginal and Torres Strait Islander people and communities have strengths and capacities that comes from their cultures.

Secondly, the outcomes measured in this Report do not always fully capture the elements of wellbeing that are important for Aboriginal and Torres Strait Islander people.

The report shows mixed progress, with gains on metrics including life expectancy, child mortality, education and income, as well as valuing of Indigenous histories and cultures by the Australian community.

More expectant mothers are seeking first-trimester antenatal care, rates of smoking and alcohol use in pregnancy have declined, and the teenage birth rate is at its lowest level since reporting began. Fewer babies are being born low birthweight and child mortality — especially infant mortality — has fallen, with more young children developmentally on track, going to preschool, and long-term hearing issues declining.

More young people are finishing Year 12 or continuing their education beyond, and the number of people reporting they have or are working towards a post-secondary qualification has nearly doubled in the past two decades, with household incomes on the rise.

Tobacco use has fallen significantly, and potentially avoidable deaths have reduced, contributing to an overall reduction in mortality rates and improvement — particularly for men — in life expectancy.

The report notes little progress or a widening of the gap in critical areas including rates of children in out-of-home care (almost tripled in the past 15 years), mental health (40 percent increase in the rates of death by suicide and self-harm over the past decade) and justice (adult imprisonment rate increased 72 percent between 2000-2019 and youth detention, though improved, is still 22 times the non-Indigenous rate).

The report says it is critical to understand this in the context of intergenerational trauma, colonisation and dispossession, and decades of government policy targeting Aboriginal and Torres Strait Islander people, increasing the risk of determinants such as insecure housing, poor physical and/or mental health and socioeconomic disadvantage.

“Removing these structural barriers is critical if the wellbeing of Aboriginal and Torres Strait Islander people is to improve.” 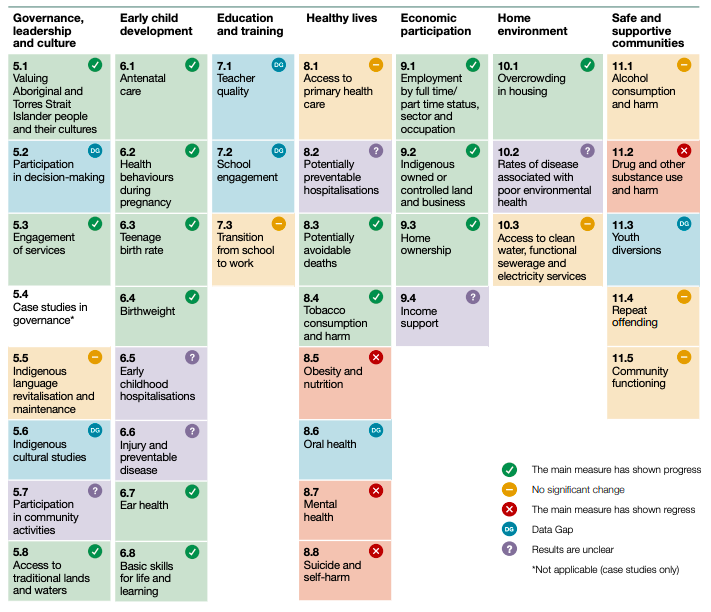 Focus on strengths and shared decision-making

Productivity Commissioner Romlie Mokak, a Djugun man and member of the Yawuru people, spoke with Croakey‘s Dr Summer May Finlay – a Yorta Yorta woman – about the report’s findings earlier this week, and you can listen to their full discussion here.

Mokak said the report highlighted the importance of shared decision-making in improving outcomes for Aboriginal and Torres Strait Islander peoples, and of a strengths-based approach.

“The central point of this report is that, in order for outcomes to improve, those very people who are most affected by the policies or programs that are being considered have to be – they must be – at the table, and that shared decision-making between governments and Aboriginal and Torres Strait Islander people needs to be done in earnest,” Mokak told Croakey.

“Sharing power in decision-making is fundamental; the strengths of our people, recognising that – not in a trite or simplistic way but going to the depths of those issues – and the importance of action,” he added of the report’s key messages.

Reframing the discussion around solutions and strengths instead of a deficit discourse was key, as was applying a cultural determinants lens to the issues, he added.

“It’s about how we frame the sorts of issues we are looking at, what we think about what the data’s saying; thinking clearly about the context in which people live and work and play and love and operate; and to think more clearly and articulate more clearly the sorts of things that Aboriginal and Torres Strait Islander people have as strengths,” said Mokak.

“Our kinship connections, the strength of our identity, our connection to culture and Country and ancestry, all of those things that make our young people strong particularly, but a challenge in our daily interactions with others quite often.”

We understand full well that the social determinants of health is really important, and has been advocated globally for many years, but it was always deficient for us as First Peoples because it didn’t place the cultural determinants squarely at the centre of that framework as well.

The importance of culture, strong identity, going back to the strengths of our people, our culture makes us strong. It’s protective, it’s a buffer against the many other issues: the high levels of psychological distress, for example, that our people experience and reported on through the data.”

The report found that indicators had many drivers, and even a single, well-targeted intervention could have multiple, amplifying effects (see below). 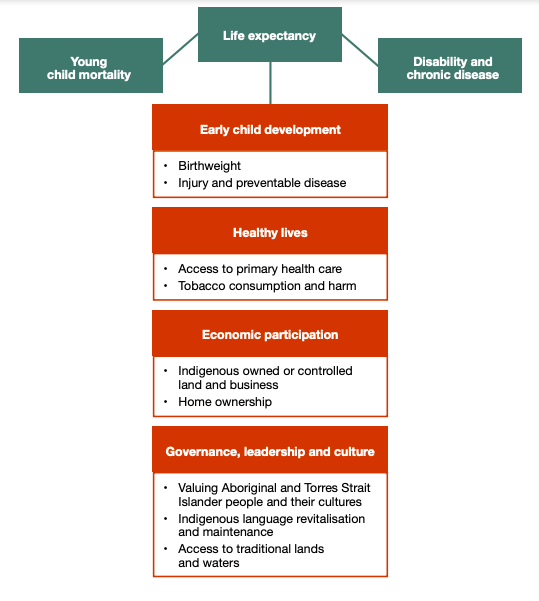 Delving into the data

Further detail on some of the headline data:

On health, it reported improvements in antenatal visits, smoking, teenage births, birthweight, ear health, and child development. Potentially avoidable deaths declined by about 40 percent since 1998. Alcohol use was little changed, but substance misuse has increased over the past two decades.

Native title had been deemed to exist in about 40 percent of Australia (five percent in 2004), and Indigenous Land Use Agreements covered around one-third of the continent, according to the report, with 15 percent of land in Australia owned or controlled by Aboriginal and Torres Strait Islander people. Home ownership had increased to 31 percent, from 22 percent in 1994, and contrasted to declining rates among non-Indigenous people (falling from 74 percent in 2002 to 68 percent in 2017-18).

Access the summary and full versions of the report and a fact sheet.