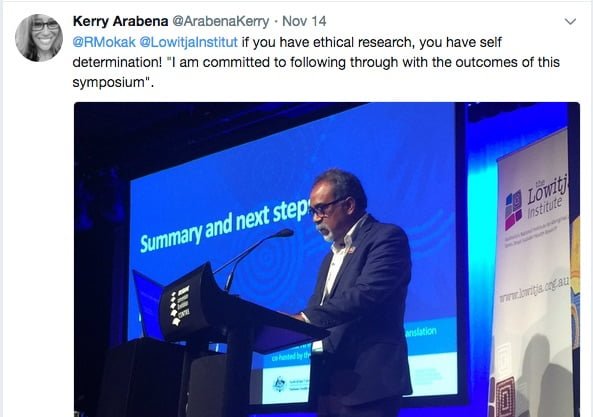 Leading Indigenous health researchers have called on the Federal Government to accept the Uluru Statement from the Heart “in its entirety” as a crucial step in efforts to address health inequities for Aboriginal and Torres Strait Islander people.

Delegates at the 6th National Health and Medical Research Council (NHMRC) symposium on research translation, co-hosted in Brisbane this week by the NHMRC and the Lowitja Institute, voted overwhelmingly to formally support the Uluru Statement.

The move followed called an earlier call at the symposium for researchers, academics, universities, research institutions and private corporations to make a stand in support of the Uluru Statement.

Putting a resolution to the floor of the symposium, Professor Kerry Arabena, Director of the Indigenous Health Equity Unit at the University of Melbourne said the conference had heard repeatedly the importance of “research being embedded in self-determination” and how “hurtful” it was to have the Federal Government reject the Uluru Statement. (Watch her statement to the conference here).

Read the full statements from the Symposium below.

The symposium notes that the Uluru Statement is the ultimate expression of the democratic will of Aboriginal and Torres Strait Islander leaders from the many nations of Australia to find a voice at the national level. Genuine participation in the legislation, policies and programs that are designed to address Aboriginal and Torres Strait Islander disadvantage is required to promote health development and Close the Gap.

The symposium also notes that self-determination needs to be expressed at all levels from local community controlled organisations to the national level.

We therefore call on the Commonwealth government to accept the Uluru Statement in its entirety and put the creation of the Voice to a referendum of the Australian people.

The participants of the 2017 research translation symposium held in Brisbane acknowledge the role of the partnership between the NHMRC and the Lowitja Institute in working together to support the translation of research knowledge to help Close the Gap in the health of Aboriginal and Torres Strait Islander people.

The symposium notes that the NHMRC has sustainable, recurrent funding from the Commonwealth government but the Lowitja Institute has no guaranteed recurrent funding. This is not an equal partnership but neither institution can maximise the potential for research to improve Aboriginal and Torres Strait Islander health alone.

We call on the Commonwealth government to provide long term, sustainable funding for the Lowitja Institute through a guaranteed appropriation in the 2018/19 budget.

Reflecting on the significance of the Uluru Statement from the Heart for Aboriginal and Torres Strait Islander health, Dr Megan Williams, Senior Lecturer in Aboriginal Health and Wellbeing at the Graduate School of Health at the University of Technology Sydney and a Contributing Editor at Croakey, said:

Aboriginal people have much sustained experience in quality, timely and ethical research. Research translation is often built in from the outset. Partnerships and community priorities drive the research.

The Aboriginal health research workforce has grown and offers much to other researchers and disciplines. But the Aboriginal health workforce and scope and amount of research must continue to grow. Needs and gaps particularly about determinants of health risk eroding recent successes. The experience of racism in health services and universities is common and frequent.

A Voice in Parliament reinforced by the Constitutional change is a logical step. This will lead the growth of the next generation of services and research and related workforces. Non-Indigenous researchers, clinicians and service providers are also calling for this Voice in Parliament and government; their direction and efforts are also limited without better planning.

• Read Croakey’s previous coverage of the Uluru Statement from the Heart here. 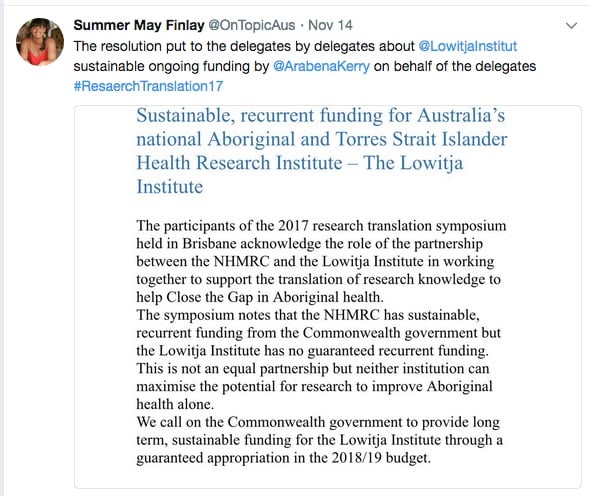 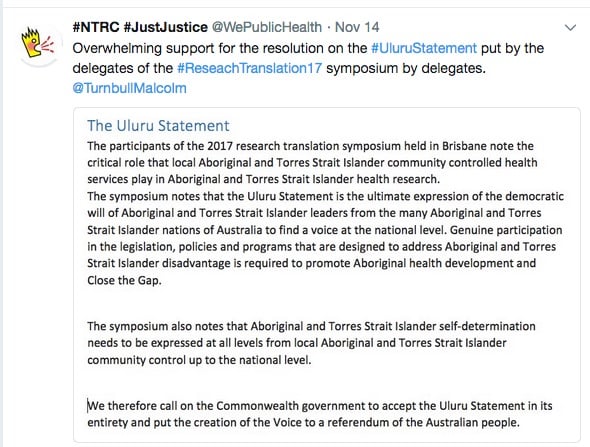