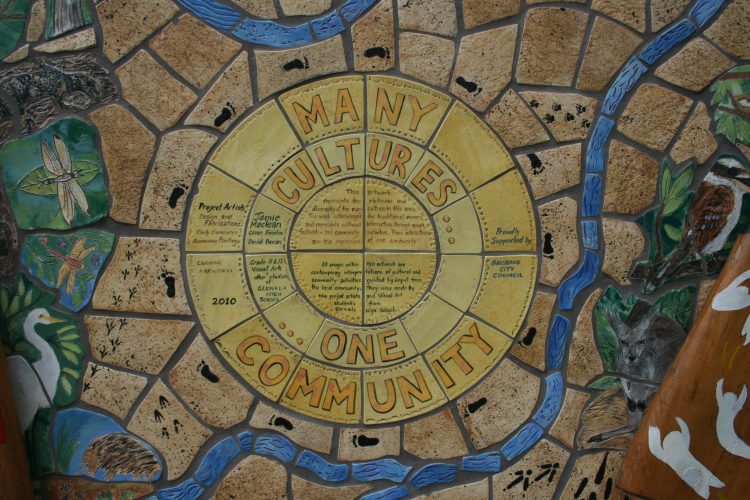 Many cultures one community. Mosaic made by students at Glenala High School

Struggle Street: beyond the camera’s narrow frame are stories of strength, resilience and inspiring leadership

The stated aim of the SBS documentary/reality program, Struggle Street, is to highlight issues of economic inequality in Australia, and it certainly does its job of depicting people whose disadvantage makes their daily lives almost insurmountably challenging.

Parts of the recently-aired second series were shot in the Brisbane suburb of Inala where GP academic, Dr Geoffrey Spurling, has worked for a decade at the Inala Indigenous Health Service.

Below he writes about the resilience and strength that Struggle Street failed to reveal in its narrow view of the Inala community, and about the complex inter-play of poverty and health in Australia.

Can we hope for a more nuanced series three?

It was community members, nervous about how their suburb was going to be portrayed, who first told me the SBS program Struggle Street was coming to the Brisbane suburb of Inala.

As a GP working in Aboriginal and Torres Strait Islander health in Inala for over 15 years with a newly minted PhD based on work in the suburb, I was curious to see how Struggle Street dealt with Inala.

The first episode started promisingly with concerns about inequality in Australia. We were going to hear the voices of the poor whose luck had run out. By the end of the first episode, however, I imagined viewers from more privileged suburbs thanking their stars they had worked hard, and were lucky enough to work in a suburb that wasn’t Inala.

Staying healthy also seemed pretty simple. If you could avoid mental illness, and chose not to take drugs then you could avoid poverty, and your health would be fine. This show also reinforced stereotypes about Aboriginal people as particularly impoverished, and Inala as a chaotic, ugly ghetto. These are reputations Aboriginal people and Inala need like holes in the head.

Inala beyond the stereotypes 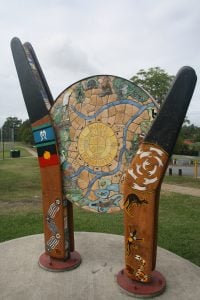 The opening scenes of of Struggle Street introduce Inala thus:

“Near 20% unemployment blights the postcode area 4077… a melting pot of cultures on the outer south western suburbs of Brisbane. Post war public housing defines the area, which is also home to one of the largest Aboriginal and Torres Strait Islander communities in the city.”

In the following scene a resident drives through the streets saying, “The powers that be, they need a ghetto in every major city, and Inala’s it.”

I chose to work in Inala as a GP because I was interested in the suburb’s diverse cultures, and because I wanted to use the skills I had acquired to play a small role in rectifying the injustice of inequality described by Struggle Street.

When I tell people where I work, they mostly say, “Oh, that would be interesting” which seems to be code for, “You’re crazy brave, and surely your car was stolen today.”

To be fair, some are aware of the excellent and varied restaurant scene in Inala, the abundance of cheap Western and Asian supermarkets, the Vietnamese men playing raucous board games in the town square, the skill of the Inala football teams, the regular multi-cultural community events, and the intense pride and strength of the Aboriginal and Torres Strait Islander community.

None of these strengths were portrayed in any meaningful way by the Struggle Street series.

The myth of individual choices

Blaming the poor for their plight is a popular strategy of the privileged – a strategy that had been internalised by one of the people followed in the series, who the program chose to show repeatedly blaming herself for taking up drugs: “It was my choice to be an idiot.”

A voiceover early in the fist episode of the series says,

“There are many different pathways to Struggle Street. Two major culprits are mental illness and drugs.”

There are many reasons why people experiencing disadvantage turn to drugs, and have mental health problems. Clearly, some responsibility lies with individuals and their poor decisions. However, repeated studies have shown that people experiencing disadvantage, and all the stress that comes with it, are much more likely to make poor decisions, and then make much better decisions when their poverty and its accompanying stress are relieved.

The all-important causes of the causes

The interplay between poverty and health is not as simple as bad luck and poor decisions. Grappling with poverty and its health consequences as part of my PhD work, I asked Aboriginal and Torres Strait Islander people in Inala about their health priorities, and I was surprised and humbled by their response, which I did not predict despite working as a doctor in the community for more than 10 years.

I thought participants would be concerned about heart disease, diabetes, and risk factors like alcohol and smoking. These biomedical concerns were raised in passing, but participants in my interviews emphasised the strength of the Inala community, and how social factors impacted on health.

Social factors included not being able to get a job (despite major effort), not having secure housing, being a single parent, and going to one funeral after another with the associated grief and loss.

Participants talked about the history of dispossession of Aboriginal and Torres Strait Islander peoples from land and culture with the associated trauma handed down through generations. They talked about coming up against institutional racism over and over again at the hands of government departments like Centrelink, Housing, and in their experience of interactions with the police.

Politicians were pilloried in passing in the first episode of Struggle Street, but why weren’t they interviewed? Why weren’t people from Centrelink, Housing and the police interviewed?

My boss, Noel Hayman, a Wakka Wakka man, was one of Queensland’s first Aboriginal medical graduates, and built a medical service from 12 regular Aboriginal patients to over 3000 in under ten years.

My PhD advisor, Chelsea Bond, is an inspiring Munanjali and South Sea Islander woman who lives in Inala, works as a Senior Lecturer at the University of Queensland, and advocates passionately and impressively on behalf of the Aboriginal and Torres Strait Islander peoples in Inala and beyond.

When I talk about these inspiring people in my life to white people outside Inala they often seem surprised, and appear to be labouring under the pernicious notion promoted in mainstream media that most Aboriginal people are drunk in the park – especially in a place like Inala. Why weren’t these and the many other inspiring Aboriginal and Torres Strait Islander people I know in Inala featured in Struggle Street?

Struggle Street: a lazy look at poverty and health

The way Struggle Street portrays poverty and health as a simple combination of luck and bad management is too easy and comfortable for viewers living outside struggling suburbs.

In my experience as a GP and PhD student, the interplay between poverty and health involves a range of complex factors handed down through generations, and reinforced by privileged folk and their institutions keen to maintain the status quo. Luck has nothing to do with it.

In a rich country like Australia, there is no excuse for the injustice of poverty and suffering experienced by some people in struggling suburbs. The people of Inala don’t need the camera lens lingering on their faces as they despair of their family’s imminent eviction. It might make entertaining TV for some, but doesn’t solve any problems.

Turning the gaze to Inala’s inspirational community leaders, and the institutions responsible for supporting the strugglers in Struggle Street may not have left viewers so comfortable in simplistic notions of poverty and health, but it would have been good journalism, and may have made a positive difference to the lives of people living in Inala.

One final comment: the series also followed Michael, a 44-year-old ex heroin addict, dealing with the aftermath of his mother’s death.

It must have been stressful for Michael to be followed around by a camera crew in a strange city trying to find his mother’s funeral. Instead of filming his despair and confusion, why didn’t the cameramen support him to catch the right bus in Melbourne, so he could get to the funeral on time?

Dr Geoffrey Spurling is a GP and a Senior Lecturer at the Primary Care Clinical Unit, University of Queensland. On twitter @GkSpurling

PrevPreviousPeople with mental illness still die a decade earlier than those without
NextChoosing Wisely in Australia: broadening the conversation to reduce low-value healthcareNext